Get the daily forecast and severe weather alerts in your inbox!

A: A heat wave is a period of abnormally and uncomfortably hot and usually humid weather.

The National Oceanic and Atmospheric Administration, or NOAA, has analyzed the number of heat waves in the United State by decade, from 1961 to 2019, for 50 large metropolitan areas. Their analysis shows a steady increase in the average number of heat waves per year, with about two in the 1960s and six per year in the 2010s (2010-2019).

Of the 50 metropolitan areas studied, 46 experienced a statistically significant increase in heat wave frequency. The heat wave duration, defined as the length of each individual heat wave in days, has also been increasing — from an average length of three days per year in the 1960s to four days in the 2010s decade.

Heat waves are just one of the types of extreme weather becoming more frequent because of human-caused climate change. So, it is a good time to consider the dangers of hot weather, as extreme heat kills more people in the U.S. than any other type of weather event. Each summer in the United States, approximately 175 to 200 deaths are attributable to heat waves. Most of these deaths occur in cities, particularly northern cities.

Photos: Heat wave stretches across US

"Weather Guys" Steve Ackerman and Jonathan Martin are professors in the University of Wisconsin-Madison department of atmospheric and oceanic sciences.

Get the daily forecast and severe weather alerts in your inbox!

The Biden administration cited heat waves and the warming climate as serious health threats. Here's what you should know about heat and health.

How hot is too hot for human body? Heat, humidity get dangerous faster than many realize

Research on young, healthy humans found the body begins overheating when exposed to temperatures and humidity lower than previously believed.

What is a flash flood? A civil engineer explains how it happens

As recent deluges in St. Louis and Kentucky show, flash flooding can happen in urban and rural areas, with deadly results in either setting.

Listen to Across the Sky podcast; episode 16 coming soon!

Summer sports camps and pre-season training often have kids running hard in high heat and humidity. The combination can be deadly.

Ask the Weather Guys: Does lightning add nitrogen to the soil?

Nitrogen in the atmosphere can be transformed to a plant-usable form, a process called nitrogen fixation, by lightning. 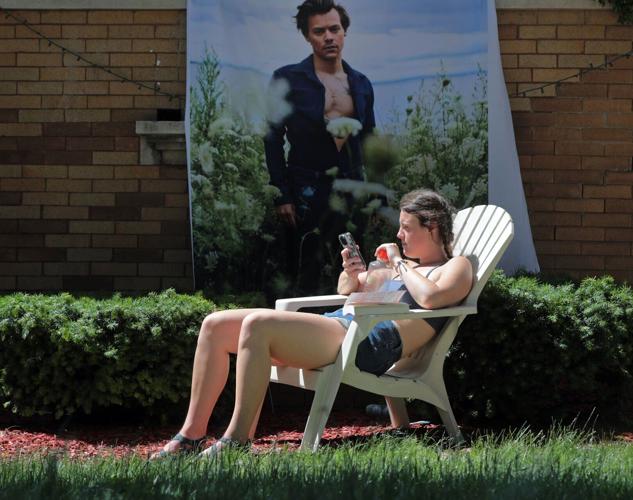 Gretchen Bushman, a fan of singer Harry Styles, seeks relief from the heat outside her unairconditioned apartment in Madison, Wis., on June 14 when the high reached 96 degrees. 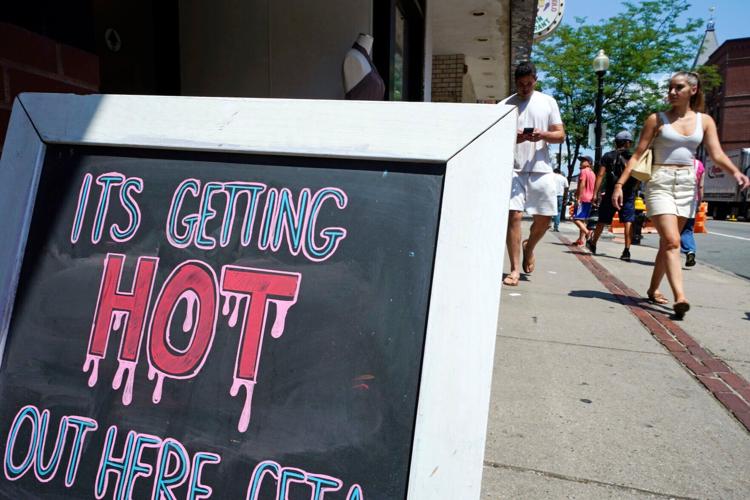 With temperatures hovering in the mid-90s, people walk near a sign during a summer heat wave July 21, 2022, in Boston.