Become a Member
Read Today's E-edition
Share This
OSU women's basketball: Beavers will return to action against No. 7 Arizona
0 Comments
Share this

Albany man suspected of assault and strangulation, victim is dead 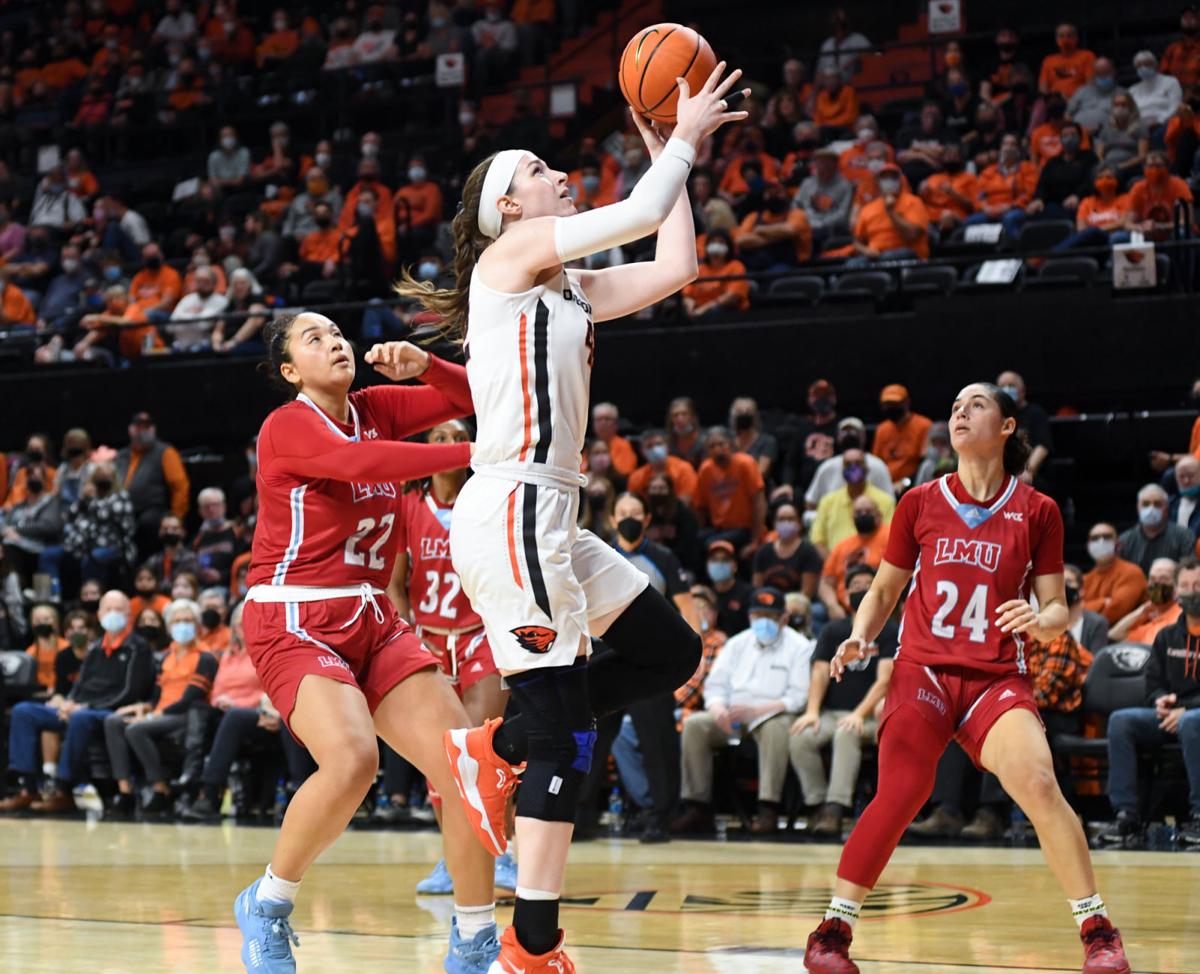 Oregon State forward Kennedy Brown drives to the basket against Loyola Marymount during a game at Gill Coliseum on Nov. 12, 2021. The Beavers will play their first home game in more than a month on Thursday night against No. 7 Arizona. 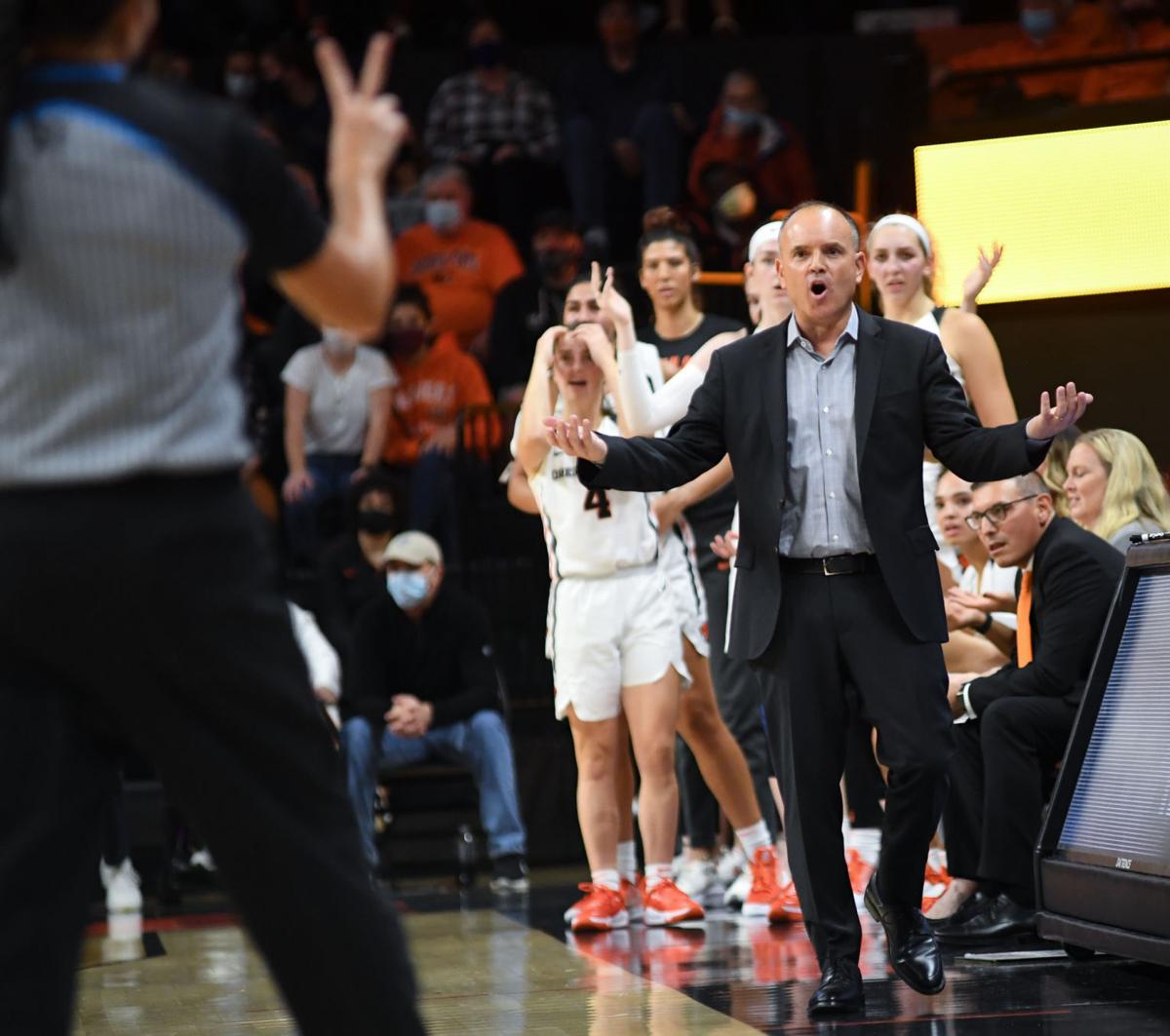 Oregon State coach Scott Rueck said the team could be at full strength, or close to it, against Arizona. The program had multiple players unavailable last week, forcing the postponement of the trip to play California and Stanford over the weekend.

Coaches stress the importance of focusing on one game at a time, and right now that is literally the situation for the Oregon State women’s basketball program.

Five consecutive games have been canceled or postponed due to the recent COVID surge but the Beavers are expecting to host No. 7 Arizona on Thursday night at Gill Coliseum. This would be Oregon State’s first game since Dec. 19.

For each of the first three games impacted by the pandemic (North Carolina Central, Colorado and Utah), the COVID issues were within the other programs. But the Beavers’ good luck ran out last week when they had multiple players unavailable.

“We were very hopeful. We were going to the Bay last week and we had weathered the disappointment of not getting to open at home in conference with Colorado and Utah. Came back and everything was great then all of a sudden symptoms were arising and next thing you know we’re out, just like that. Overnight,” Rueck said.

So many players were unavailable the team was unable to hold full practices and instead worked on individual skill development and weight training. Coaches took the opportunity over the weekend to focus on recruiting.

Forward Kennedy Brown said the past month has been frustrating but the players and coaches are working to make the best use of this time.

“A lot of teams across the country are experiencing the same things, so we’re just really trying to take it one day at a time. We’ve talked about controlling what we can control … trying to keep a positive mindset through it all,” Brown said.

She gave credit to the team’s practice players for stepping in and making it possible for the available players to get useful work done. Brown also said players increased their weight training.

“Jeff Macy, our strength coach, has been able to push us harder in the weight room when he knows we don’t have games, we can be a little bit more sore. And so I think that’s been the biggest advantage, probably, is just getting that extra work in the weight room,” Brown said.

Oregon State’s situation began to improve early this week and the team was able to resume normal practices. There is a lot of work to do to prepare for a Wildcats team that reached the championship game last season and is 11-1 this year (1-1 Pac-12). Arizona lost star guard Aari McDonald but has a solid replacement in Shaina Pellington.

“In a way, the vibe of them reminds me of our team after our Final Four. So 2016 we go to the Final Four, we have a year that everyone could dream of, just like Arizona did last year, and then you graduate significant players. … People doubt you, they rank you in the preseason coaches poll low, yet everyone in your program is like ‘We just went to the Final Four. We’re good, we know what it takes.’ It puts this nice chip on your shoulder,” Rueck said. “They’re tough. They play hard, they play fast. They love to get out in transition.”

While the Beavers are expecting to play Arizona on Thursday, Saturday’s home game against Arizona State has been postponed. The Sun Devils had previously called off their Thursday game at Oregon and Saturday’s postponement was not a surprise.

But with this postponement, Oregon State now has five missing conference games on its schedule and Rueck acknowledged it may be tough to get all of those games played before the conference tournament.

“The way we’re set up, it seems like it will be a challenge, to me, to get them all,” Rueck said of completing the full 18-game Pac-12 schedule. “I don’t know all the things that go into it all, but I know that there are plans to make up at least some of them. Ideally, we don’t want to miss any games.”

SATURDAY: The scheduled home game against Arizona State has been postponed.

Finally, a matchup between two of the top teams in the conference.

OSU men's basketball: Heartbreaking loss the result of more than a missed layin

Oregon State’s two-point loss to rival Oregon on Monday night came down to much more than just Warith Alatishe’s point-blank miss at the buzzer.

OSU women's basketball: Through the frustration of a loss to Arizona, Beavers see bright future ahead

It had been 25 days, Dec. 19 to be exact, since the Oregon State women’s basketball team had taken the court for an actual game.

Opinion: Sean Payton's last season with the Saints was a success

24 years later, Jamaica's four-man bobsleigh team is back at the Winter Olympics

24 years later, Jamaica's four-man bobsleigh team is back at the Winter Olympics

Is The MLB HOF voting outdated?

Is The MLB HOF voting outdated?

Oregon State forward Kennedy Brown drives to the basket against Loyola Marymount during a game at Gill Coliseum on Nov. 12, 2021. The Beavers will play their first home game in more than a month on Thursday night against No. 7 Arizona.

Oregon State coach Scott Rueck said the team could be at full strength, or close to it, against Arizona. The program had multiple players unavailable last week, forcing the postponement of the trip to play California and Stanford over the weekend.