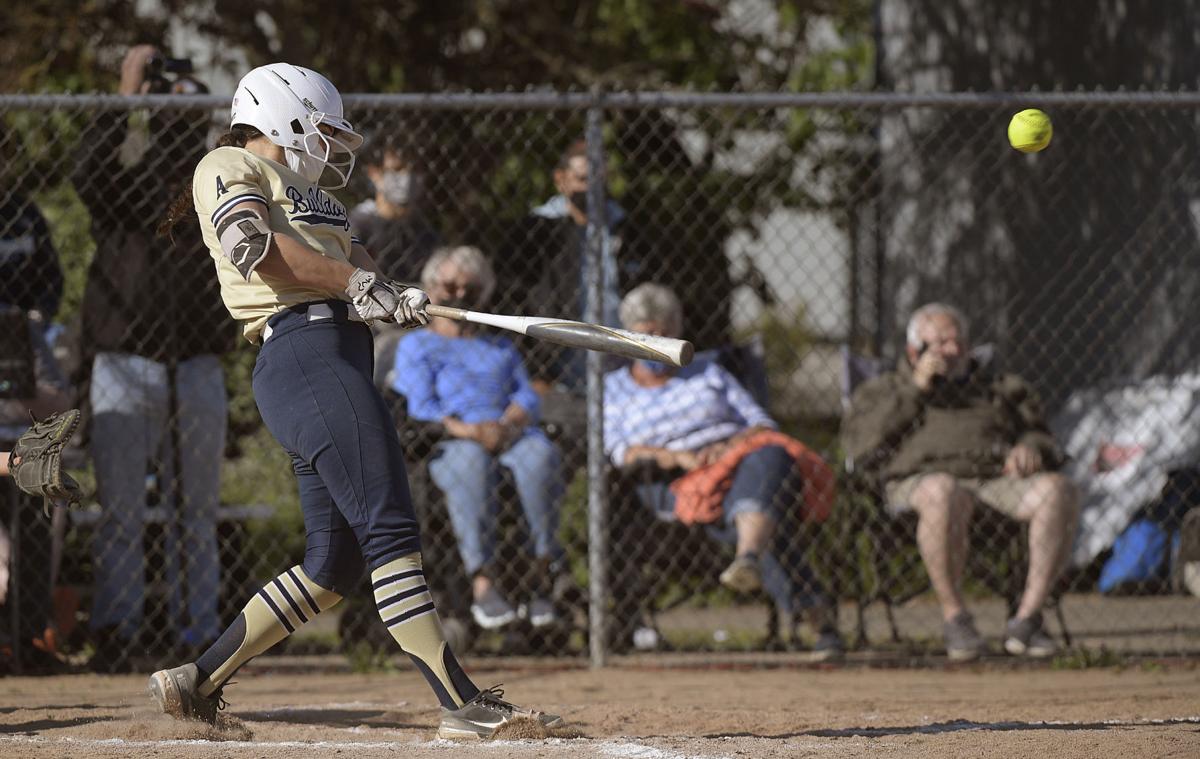 Presley Jantzi batted .661 and had six homers and 10 doubles while driving in 35 during her senior season at West Albany and was named the 5A player of the year. 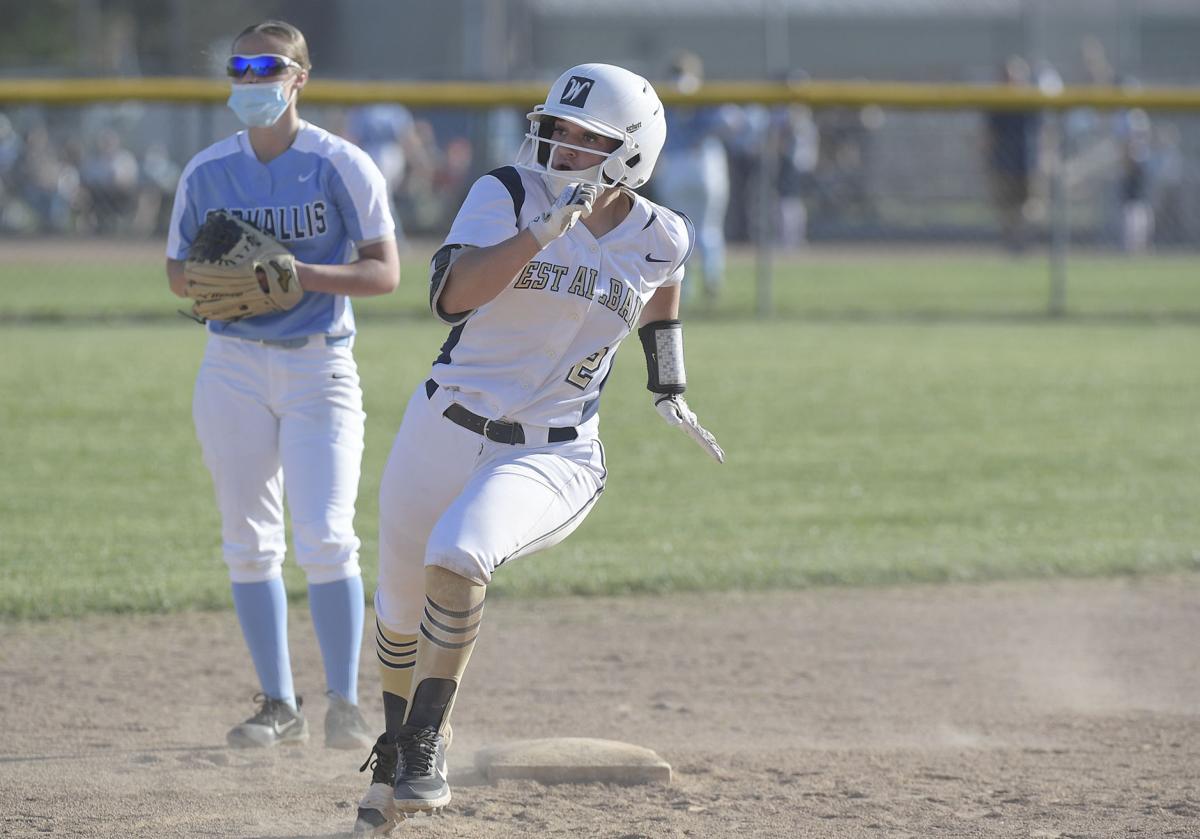 West Albany's Presley Jantzi moved from center field to third base this season to fill a need. 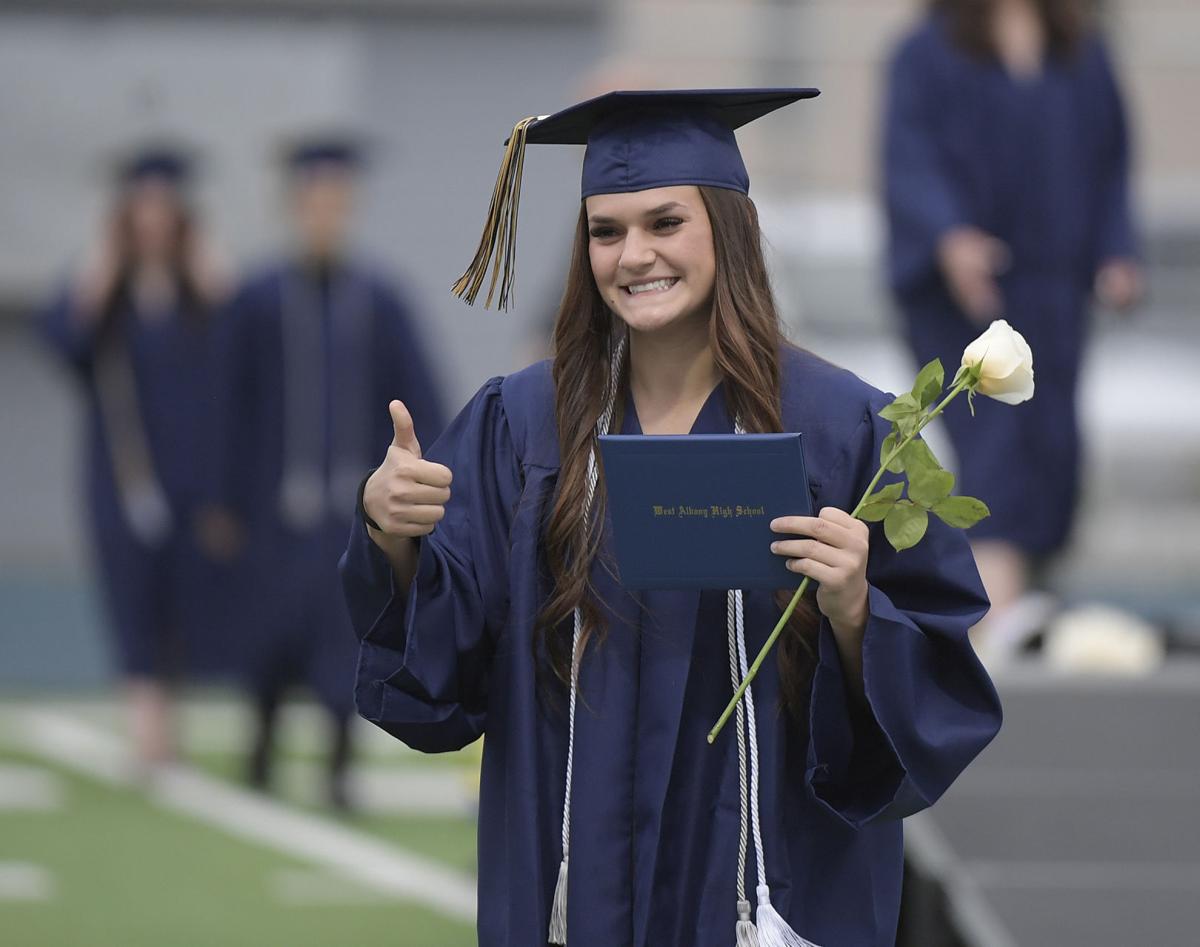 West Albany graduate Presley Jantzi gives a thumbs up after receiving her diploma. She will play softball at Montana next season.

Coming into this season, Presley Jantzi was already one of the best softball players in the state.

Her senior season at West Albany High could have served as a victory lap of sorts; a three-time all-state player who has committed to continue her playing career at University of Montana, Jantzi’s prep career would have been a stellar one no matter what happened in 2021. But she worked tirelessly to add more power to her game while adapting to a new position in order to help her team. The final result was her best season yet.

The state’s coaches voted Jantzi the 5A player of the year earlier this month. While making a seamless switch from center field to third base, she delivered eye-popping numbers at the plate and finished with a state-best .661 batting average, 39 hits and 35 runs. She also ranked second with 35 RBIs and 16 stolen bases while crushing six home runs and 10 doubles.

“There’s no better feeling,” Jantzi said. “Going to play Division I softball, that was always my goal in life. So I was like, ‘It’s time to show everyone that I really am that good of a player.’ To get it this year is awesome, especially as a senior.”

For most of her career prior to this season, Jantzi was admittedly a slap-hitting outfielder who relied on her speed. But the summer after her sophomore year, she began working at Performance Zone in Lebanon with trainer Rocky Knuth in order to improve her strength.

With Knuth, she and teammate Ellie Babbitt went through bi-weekly workouts, alternating upper body and lower body lifts while also mixing in running workouts. The combination of powerlifting and calisthenics was implemented with a long-term goal of gaining strength. For Jantzi, the work has paid off in a big way.

During the Bulldogs’ senior night game against West Salem, Jantzi lifted a ball that, on contact, felt like a routine pop-up. But it kept carrying and sailed over the fence for a home run. There were multiple moments like that this season — balls that in past years might not have made it over the shortstop’s head, but this season resulted in a double to the left field gap.

“The lifting has paid off exponentially for her,” West coach Ryan Borde said. “The pop off her bat, just watching her take batting practice … She slaps a ball like she would have in the past for a single, but it’s going all the way to the fence now. She’s worked so hard in the weight room and it’s paid off.”

Jantzi said she encourages girls who compete in sports to ignore the stigma surrounding girls who strength train. She was conscious of that at first, but enjoyed the process of lifting and the results her workouts produced so much that she only wishes she had started sooner.

“I think that every girl should lift,” Jantzi said. “There’s this mindset where it’s like, ‘Oh, only guys lift.’ I think when girls start doing it, you start to notice all these improvements in life and whatever sports you play.”

While Jantzi’s added strength helped her game evolve at the plate, she also quickly settled in as West’s starting third baseman after having been one of the best defensive center fielders in the state over the past few years.

She had played third as a freshman in order to fill a need for the Bulldogs when they had nobody else to play the position. A similar situation arose this season, and she stepped up again.

“It speaks volumes to her character, to have that type of attitude and help the team when you want to be an outfielder.” Borde said. “That’s where she’s going to play in college. But she knew for us to be the best we could do defensively, we needed her at third base. Her attitude was awesome all year. That’s an understatement. She did what we asked her to, she did it with a smile and she played great.”

That transition to third wasn’t always easy. As a speedy center fielder, Jantzi has had free reign to track down fly balls and call off West’s other outfielders throughout her career. Aside from the physical adjustments that came with moving to the hot corner, she also had to shift her mentality.

“In center field, you have control of everything that gets hit out there,” Jantzi said. "When you’re at third base, the leader of the infield is the shortstop. It was nice having (Ellie Babbitt) at shortstop with me. While I was still learning the position she helped me a lot. I have to thank my teammates a lot for helping me there, because I’m not a natural infielder.”

Now, Jantzi will shift her sites to Montana, where she will move back to the outfield for the Grizzlies. With her high school career now in the books, she is thankful for the opportunities that the 2021 season brought.

“It was a lot of fun. Just going in and knowing that we have such a small amount of time together,” Jantzi said. “(Ellie Babbitt) and (Riley Ramirez) and (McKenzie Kosmicky), I’ve played with them since I was really little, and we were just all in together. … What mattered the most is the way we all battled together. It was such a great team dynamic this year.”

Detroit Lions embrace being underdogs in 2021

What will it take for the Giants to take down the Dodgers?

What will it take for the Giants to take down the Dodgers?

What impacted the line move on the Dodgers?

What impacted the line move on the Dodgers?

When Ryan Borde was first hired as West Albany High’s softball coach in 2016, he was constantly told about the group of ultra-talented seventh…

Presley Jantzi batted .661 and had six homers and 10 doubles while driving in 35 during her senior season at West Albany and was named the 5A player of the year.

West Albany's Presley Jantzi moved from center field to third base this season to fill a need.

West Albany graduate Presley Jantzi gives a thumbs up after receiving her diploma. She will play softball at Montana next season.