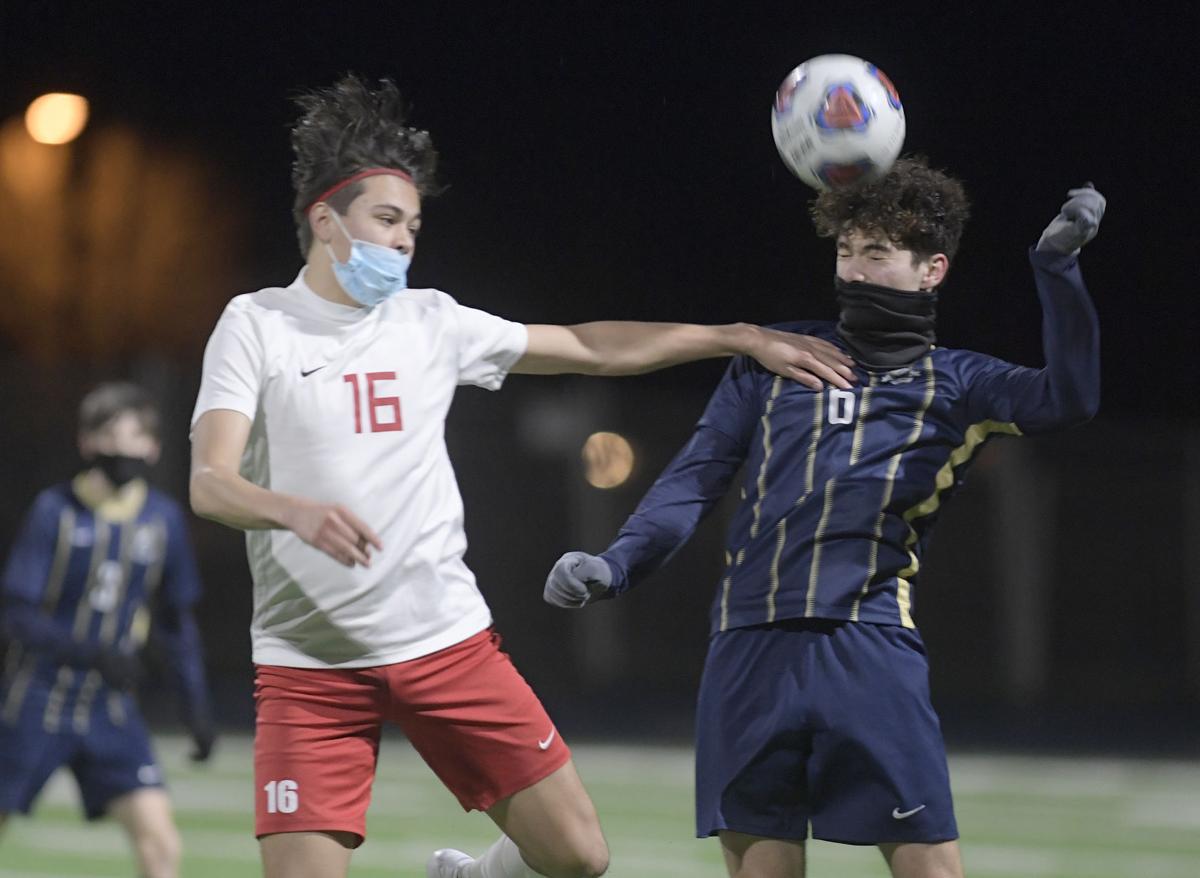 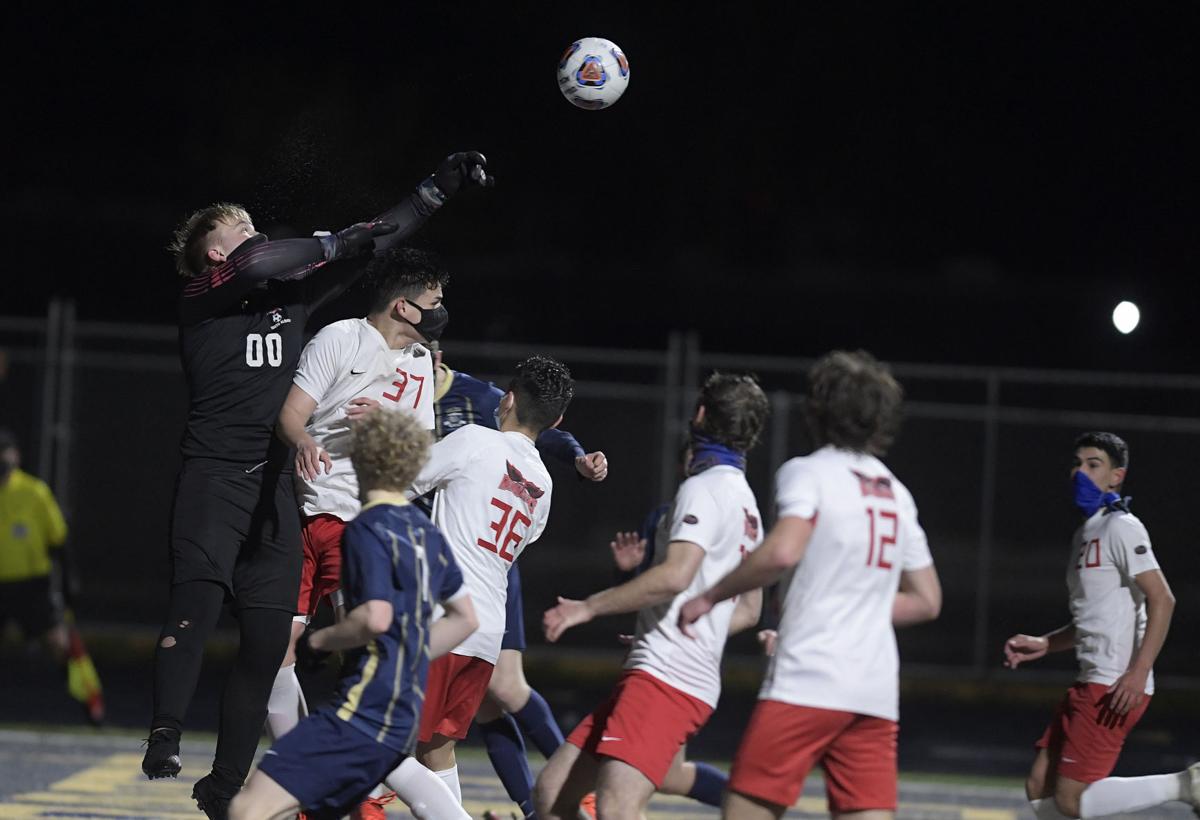 South Albany's Mason Glen (00) knocks away a shot on goal by the Bulldogs during the rivalry match between South Albany and West Albany ended in a 0-0 tie.

In a rivalry match that typically never lacks for drama, both West Albany and South Albany failed to create a decisive moment Tuesday as they battled to a scoreless draw.

The Bulldogs and RedHawks finished 0-0 on the rainy Memorial Stadium turf, and while each team created a handful of good chances, both also left their respective coaches wishing for a more energized showing.

Both coaches also acknowledged that a large reason for that lack of energy is the short leadup to the season, and the fact that the players are being asked to get in game shape much more quickly than they would during a typical year.

“This should still feel like a rivalry match,” West coach Kevin Branigan said. “These kids have been playing together for a long time. They know each other. We’ve wanted to beat (South) for a long time. It’s been years since we’ve been able to do it — they’ve had such a strong program. We’ve caught up with them now, and even as poorly as we played, I still thought we were the better team.”

“We were disappointed with the result,” South coach Sam Tweeton said. “But at the end of the day, we kept it 0-0 and clean in the back. Just a super sloppy game all around. We felt like we couldn’t buy a  pass to complete. But still found ways to grind it out and keep our undefeated season going.”

Both teams struggled to create consistent scoring opportunities, so each time a chance came, it felt that much more significant.

With four minutes left in the half, West forward Alexander Harer received a nice lob pass over the top of the South defense and found himself one-on-one with South keeper Jose Guzman.

But Harer’s chip shot was blocked by Guzman, who came sliding in near the edge of the penalty area, and the RedHawks cleared the danger.

“I was proud of how we kind of gained more confidence in our ability to play as the game grew on and actually tried to create some chances,” Tweeton said. “Given our limited energy levels and having just three subs, we’re still fighting through and showing passion.”

A few minutes later, South’s Vova Hubenya curled a well-placed shot from outside the box that required a diving save from West Keeper Eli Podrabaky to keep the game level.

With 25 minutes left to play, Hunenya sprinted past the West defense and laced a powerful left-footed shot that might have been South’s best scoring chance of the night. But Podrasky was there again to save it.

“Credit to Eli,” Branigan said. “He’s phenomenal. He’s the first-team all-state goalkeeper for a reason. If they selected one this year, then he should be again. There’s nobody better than him in the state of Oregon. … He saved us a couple of times tonight.”

With eight minutes left, Harer carried the ball from midfield to the edge of the penalty box, dribbling past a few South players along the way, and laid off a pass to a teammate. But the RedHawks defense cut out the pass before the Bulldogs could get a shot off.

“Our back line overall did a really good job, they have in all three games,” Branigan said. “We have yet to give up a goal in the run of play. … We have phenomenal athletes and we’re only going to get better.”

South Albany's Mason Glen (00) knocks away a shot on goal by the Bulldogs during the rivalry match between South Albany and West Albany ended in a 0-0 tie.