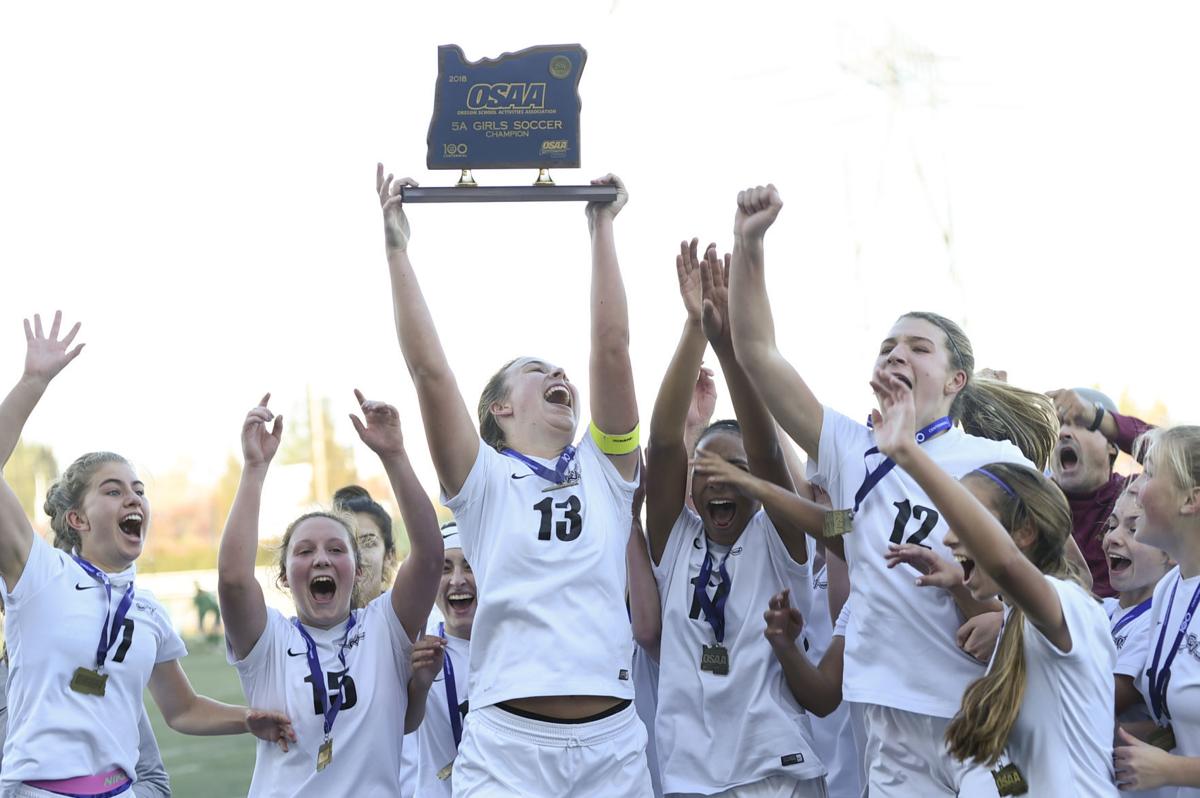 Cali McClave holds up the trophy as the Crescent Valley High girls soccer team won its first state title by defeating Churchill in 2018. 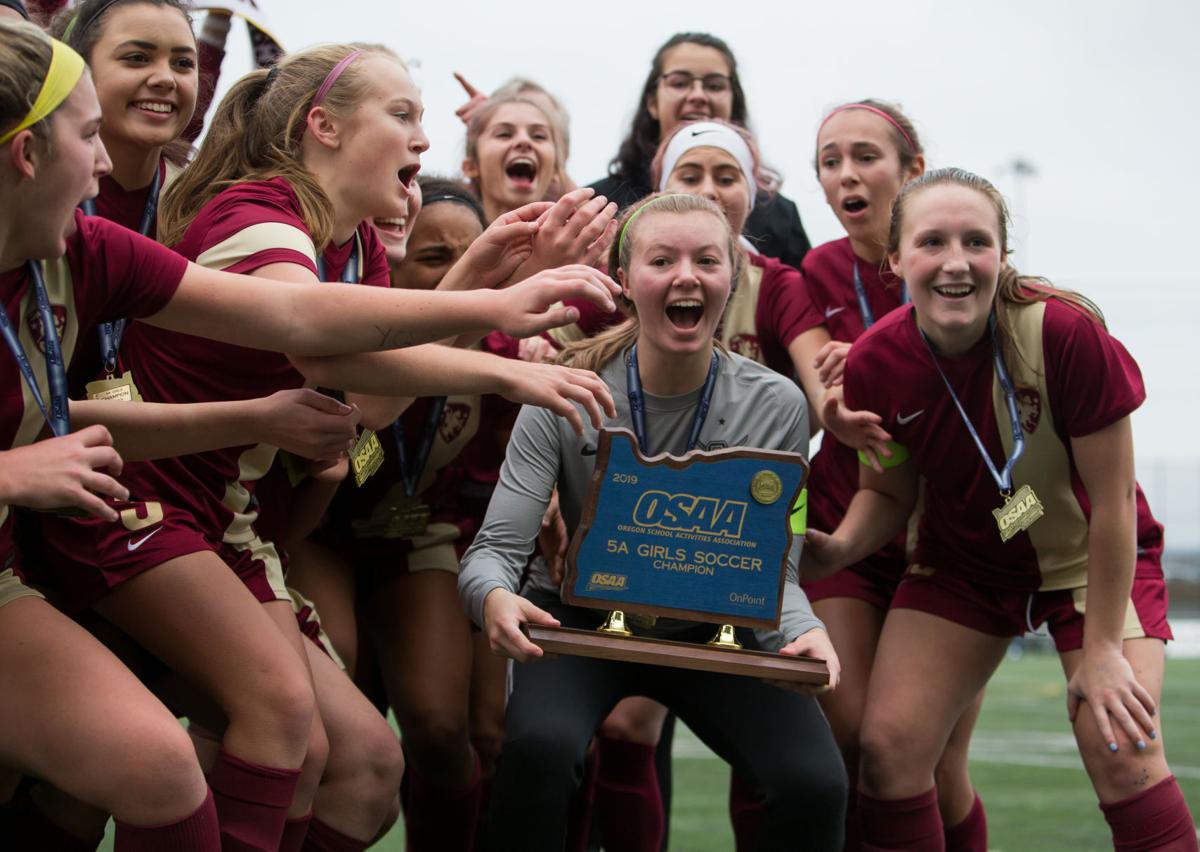 Peyton Dale (22) and her teammates celebrate a second straight 5A state girls soccer title in 2019.

The Crescent Valley High girls soccer program captured its first ever state title in 2018 — and showed a flair for the dramatic on its way to doing so.

A year later, the Raiders managed to one-up their nail-biting performance and notch a second straight title.

CV’s back-to-back OSAA 5A state championships over the last two seasons have helped cap off one of the more dominant runs of any local team in recent memory. No other girls soccer team from the area has ever won a 5A state title, and the Raiders are the first local girls soccer program since Philomath (2008) to win state at any level.

“Winning’s pretty awesome, but I think the piece that I’m happiest about is we cared about one another as a team the whole season,” said CV coach Blake Leamy after the 2018 title. “It’s been really a fun time as far as how we just stayed together. And you don’t win games like  that without staying together. We just never gave up.”

It took sensational scoring efforts from sisters Cali McClave and Ana McClave to help push the Raiders to the 2018 title — a 3-2 overtime thriller against Churchill at Hillsboro Stadium.

CV trailed 2-1 in the final minutes of regulation, and hopes of a comeback victory looked slim. That is, until Cali McClave buried a jaw-dropping 42-yard free kick to equalize with 1:25 to go.

Just days earlier, she had netted a shot from a similar distance in the state semifinals.

“I never make them in practice and then all of a sudden in games it works out well for me,” she said after the game. “I’ve got no secret, I just somehow make them.”

It didn’t take long in extra time for Ana McClave to score the decisive goal; she ran onto a long pass and slotted the ball into the back of the net less than two minutes after the 20-minute overtime period had begun.

A little over a year later, she once again delivered the decisive strike to help the Raiders notch a second consecutive title.

Ana McClave secured the 2019 championship for the Raiders by burying her fifth-round shot in penalty kicks to push CV past a loaded Wilsonville squad by a final score of 1-0 (PK 4-3).

“It wasn’t even stressful, it was more confidence,” she said of the experience of PKs and having the season come down to the one-on-one matchups. “I knew we were going to win.”

HILLSBORO — Crescent Valley High’s pillar, as coach Blake Leamy describes it, was everything the Raiders needed and more Saturday afternoon.

Central Linn High dominated the 2A boys track and field division between 2011 and 2015, showcasing its individual talent and depth to claim fi…

Champions of the decade: Raiders make their mark in 5A girls swimming

West Albany High was just a few points from a 5A volleyball state title in 2011, jumping ahead 2-0 in a best-of-five championship match with S…

Cali McClave holds up the trophy as the Crescent Valley High girls soccer team won its first state title by defeating Churchill in 2018.

Peyton Dale (22) and her teammates celebrate a second straight 5A state girls soccer title in 2019.