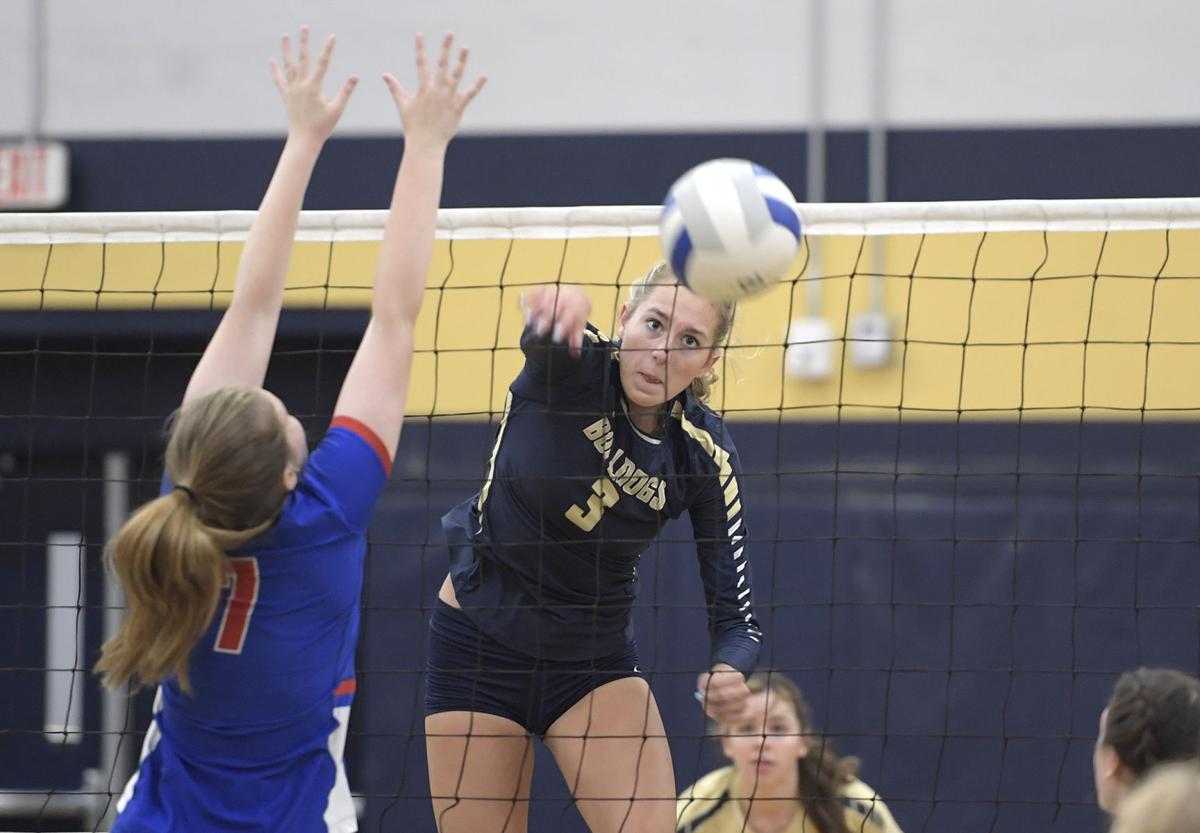 West Albany's Hailey Heider (3) hits a ball past Lebanon's Katie Reece (7). The Bulldogs have set the goal of winning a state title. 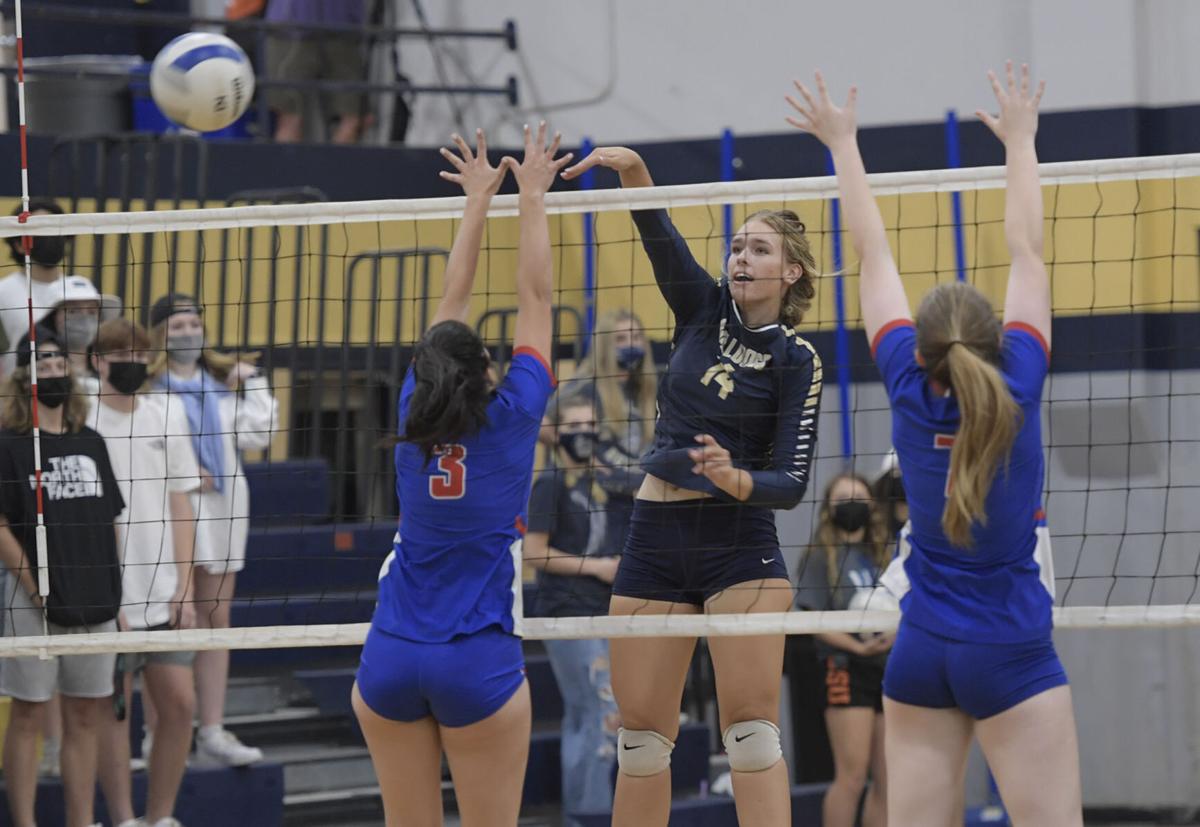 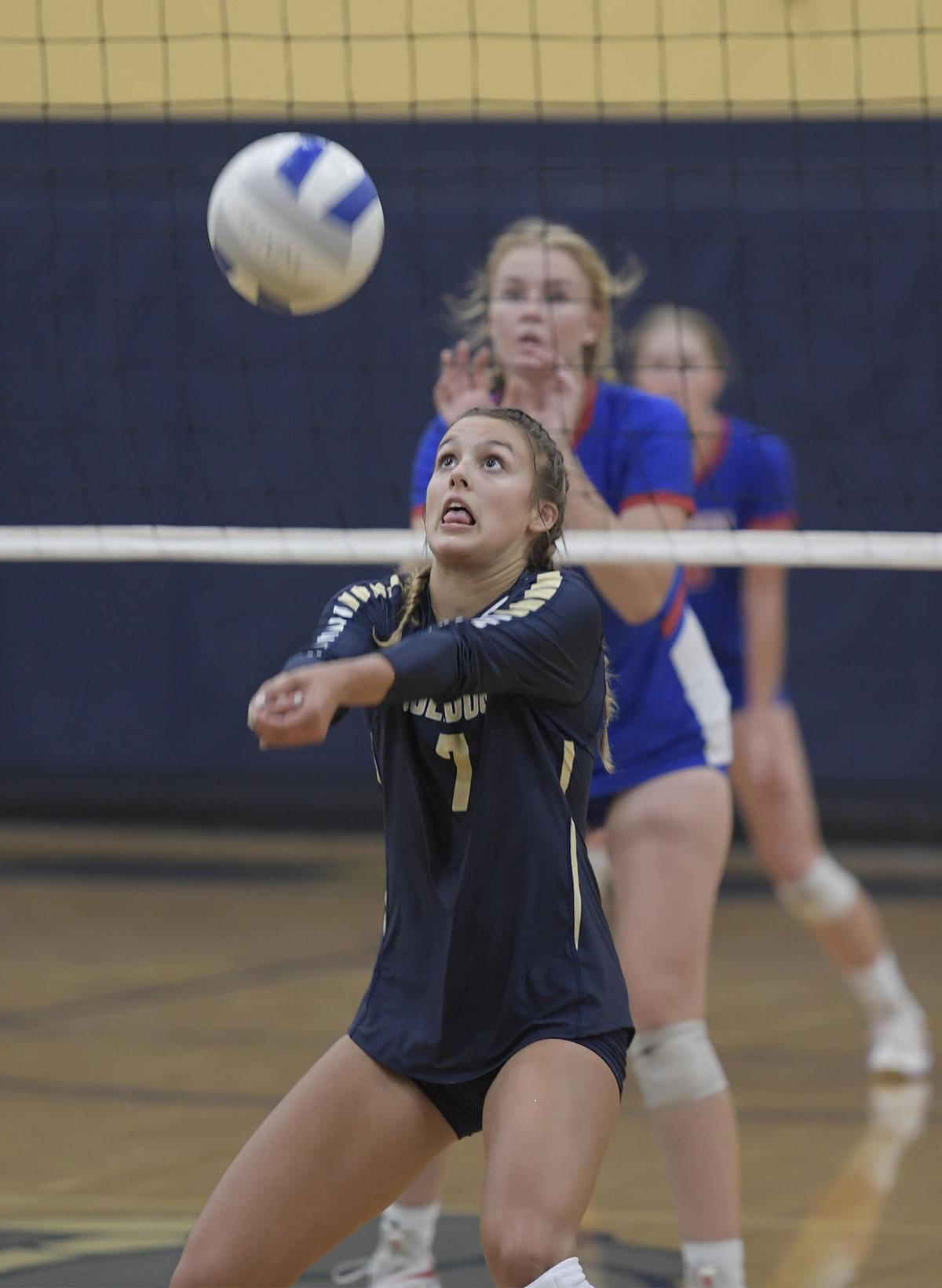 Sydney Harrington is one of eight seniors in the Bulldogs' rotation.

The West Albany Bulldogs have a very simple goal this season.

“Win state. That’s all of it,” said senior outside hitter Hailey Heider.

Third-year head coach Megan Wallace said the squad still feels the disappointment of not getting to compete for a state championship last season. The Bulldogs came into the year with an unusually deep and talented roster that included five seniors and eight juniors.

Everything was in place for that squad to pursue a state championship, but because of the pandemic, there were no state playoffs. The team wasn’t even able to finish out its shortened schedule because of contract tracing after a member of an opposing team tested positive for COVID-19.

“It was so disappointing because our team was so solid and full of seniors,” Heider said. “To get it cut off with no state championship was hard.”

The returning members of the team are determined to complete that assignment this year.

“We set our goal early in the season that we were going to be conference champs and we were going to go to the state tournament and hopefully bring home a state championship,” Wallace said.

West Albany is finding ways to fill the gaps left by the five departed seniors, a group that includes last season’s 5A co-player of the year, Madie Dowell.

Despite those losses, the Bulldogs return a very experienced squad. It is unusual for eight members of a class to make it to their senior year in any program, but that is the case for this year’s team.

“They’ve been playing together since middle school. They all are just incredible in their own right,” Wallace said.

The eight seniors are joined by two juniors and three sophomores on the varsity roster. Along with accurate hitting from Heider, the team relies on the leadership of senior setter Sydney Harrington and contributions from sophomore outside hitter Kendyl Arnett.

But the team’s best attribute may be its depth.

“Our bench is deep,” Wallace said. “If I say, ‘I need you to go in,’ they’re going to do what I need them to do and there’s not going to be any kind of lapse in any way.”

Wallace started out as an assistant in the program in 2012 under longtime head coach Kelli Backer. The Bulldogs won 5A state championships in 2012 and 2013. Wallace acknowledges that much of her own coaching style comes from observing Backer.

Wallace said it is “nerve-wracking” to take over such a successful program, but she feels everything is in place for the team to continue to have success. There was very high turnout for tryouts this year and the expectations within the program continue to grow.

“I came into this program in a championship year, so it really set the precedent for how I coach,” Wallace said. “You want to make sure you do it justice.”

West Albany's Hailey Heider (3) hits a ball past Lebanon's Katie Reece (7). The Bulldogs have set the goal of winning a state title.

Sydney Harrington is one of eight seniors in the Bulldogs' rotation.