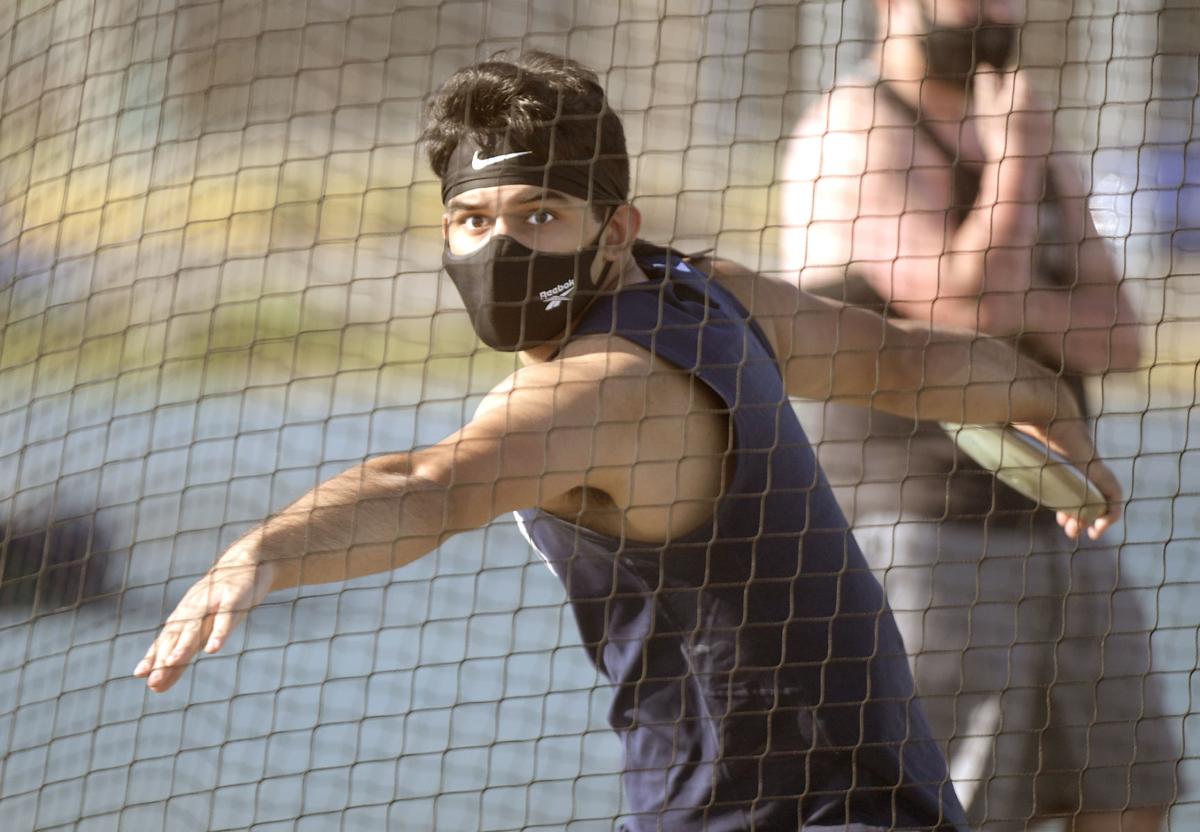 Stanford-bound West Albany senior Aiden Paul is looking for bigger marks in the discus and shot put before the spring season ends. 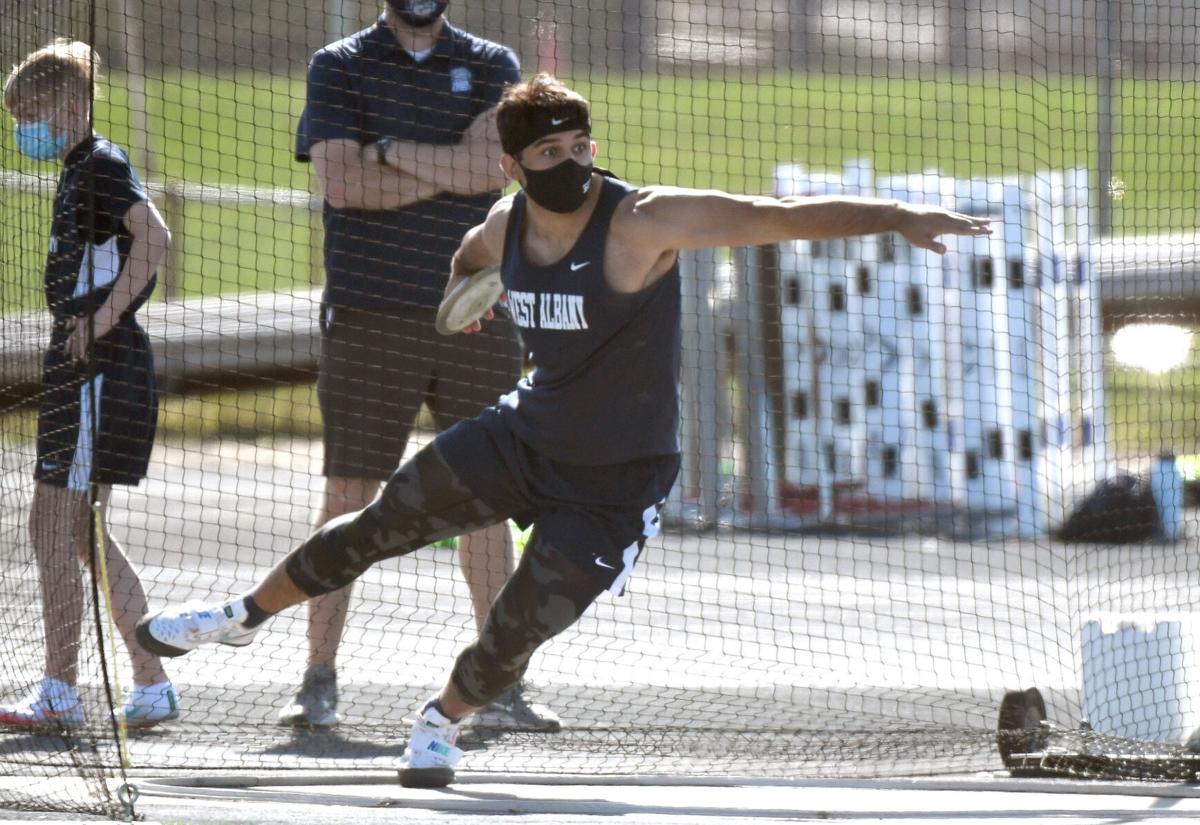 Aiden Paul is chasing his discus personal best of 181 feet, 10 inches this spring. 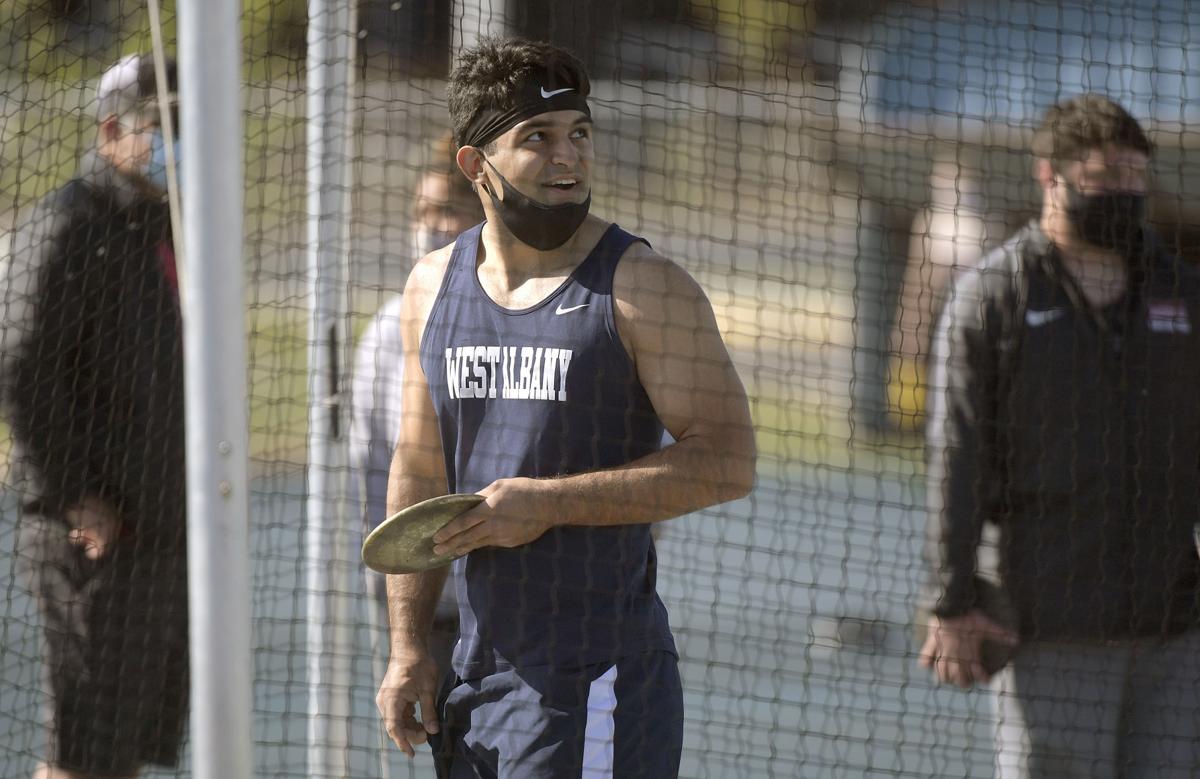 Aiden Paul said he chose Stanford University because it was a high-level academic institution closer to home than Ivy League schools.

But first he wants to see what he can do with the final few weeks he has left as a high school track and field athlete.

Paul had a breakthrough as a West Albany sophomore in 2019, winning the 5A discus state title. Later that summer, he eclipsed the 180-foot barrier that had eluded him.

He lost the 2020 spring season to the pandemic. A lack of training saw him put on 35 pounds, which he has since worked off. Paul struggled mentally with not being in the groove of having a meet every week.

But he’s made strides, first with a new personal-best throw of 181-10 in the discus set later last year. Then he broke the Oregon prep record in the indoor weight throw (76-1) in March, and he set a shot put PR of 56-8 in his first spring meet earlier this month.

“I feel like right now, especially this season, it’s kind of been mediocre,” Paul said. “I’ve made progress in practice, I just need to translate it to a meet. One of these meets I’ll pop out a big one.”

He’s shown that he’s close to his top form in the discus. He threw 180-3 on March 27 with the Super Throwers Track Club, the Oregon City-based group led by Scott Skipper and son Greg Skipper that Paul has been working with for several years.

He followed that with best marks of 175-5 and 172-9 in his first two meets of the high school spring season. Among all classifications in the state, Paul is first in the discus and second in the shot put.

“Just physically, you can tell he’s not just done the technical work for his throws but he’s dedicated to improving his body,” West Albany coach Bryan Wadlow said. “He’s getting stronger, getting faster and you don’t get to the level that he is without that serious work.”

When Paul gets to college, his primary events will be the weight throw during the indoor season and the hammer and discus outdoors.

But he continues to compete in the shot put and have success there. His toss of 56-8 on April 15 was a personal best by more than 30 inches. He was third in the state as a sophomore with his previous PR of 54-1¼.

“With the shot put, I’m really just going out there and throwing it and it’s going far for some reason,” Paul said. “Usually it happens when you don’t expect it, you’re relaxing and not focusing.”

This spring, Paul has been working with Phil Johnson, formerly the throwing coach at Linfield University.

“He’s a really good coach. He’s really enthusiastic about the sport and that helps a lot,” Paul said. “It helps to know that someone actually believes in you and I think he truly believes that I can throw big marks this year.”

Wadlow, who also works with Paul in the throws, says Paul has been a “great teammate” since he started in the Bulldogs’ program as a freshman.

Not only that, but he’s far from just an athlete.

“You would think that he’s singularly focused with the results that he’s got,” Wadlow said. “But clearly he’s not because he’s doing it academically, he’s doing it socially and he’s just a driven kid.”

Academics come first for Paul, and that was a primary reason he chose Stanford.

He wanted to attend a high academic school, such as those in the Ivy League, but he didn’t want to have to travel to the East Coast to have that experience. With Stanford being closer to home, he said it made the choice easy.

Paul will major in economics and chase a job on Wall Street, which he’s known he’s wanted to do since the seventh grade. He was assured by Stanford’s track coaches that if that’s what he wants to do, they have the networking to help make it happen.

“It’s a very interesting thing for me, with the big-city lifestyle and working with numbers, money and stocks and everything,” Paul said.

He isn’t sure he will compete in any summer meets because he wants to enjoy the time he has left before he heads off for college.

But Paul’s got a few weeks left to try and improve on the results he’s already put down. In a season shortened due to the pandemic, he wants to reach 200 feet in the discus and 60 feet in the shot.

“I’m hoping I can throw some big marks and leave West Albany with a bang,” he said.

GRESHAM — Another big throw escaped Aiden Paul, but that wasn’t his number-one goal.

This is an all-time list of the high school track and field state champions from the Democrat-Herald coverage area. The championships are list…

Stanford-bound West Albany senior Aiden Paul is looking for bigger marks in the discus and shot put before the spring season ends.

Aiden Paul is chasing his discus personal best of 181 feet, 10 inches this spring.

Aiden Paul said he chose Stanford University because it was a high-level academic institution closer to home than Ivy League schools.