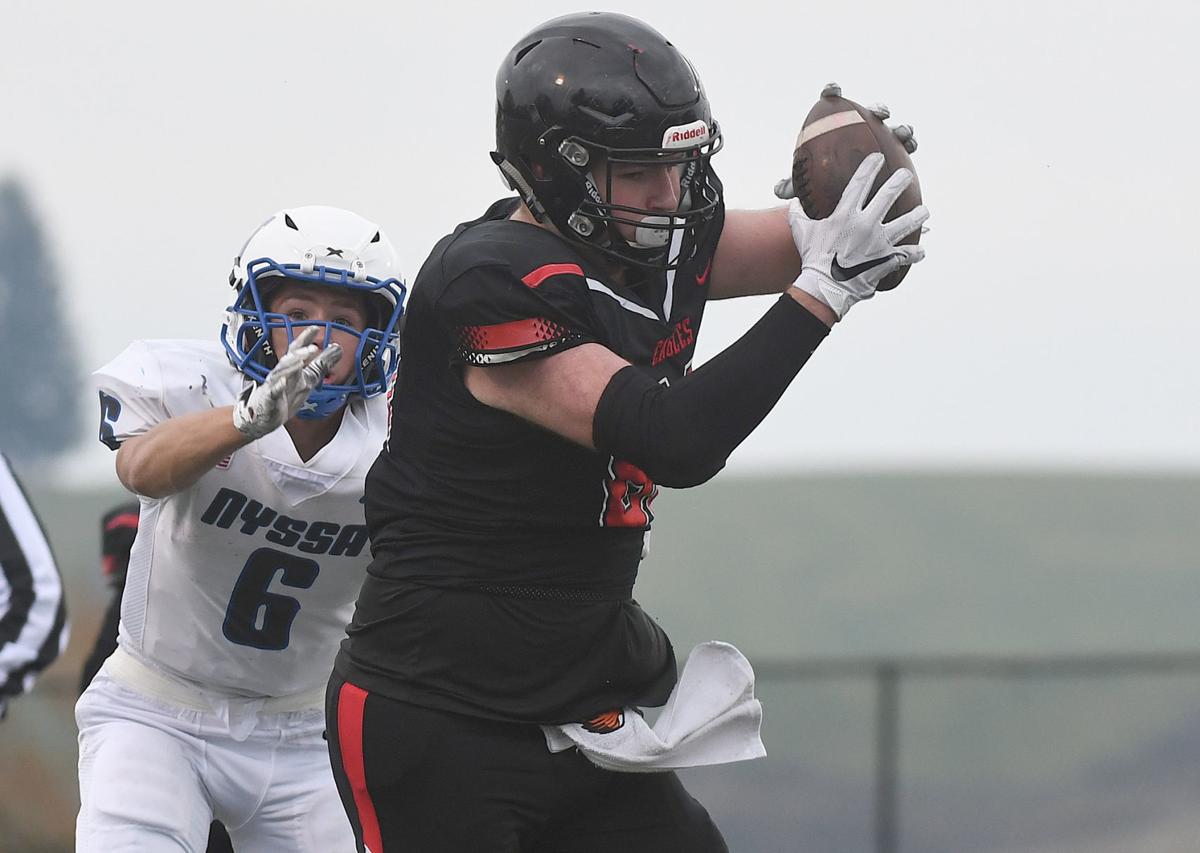 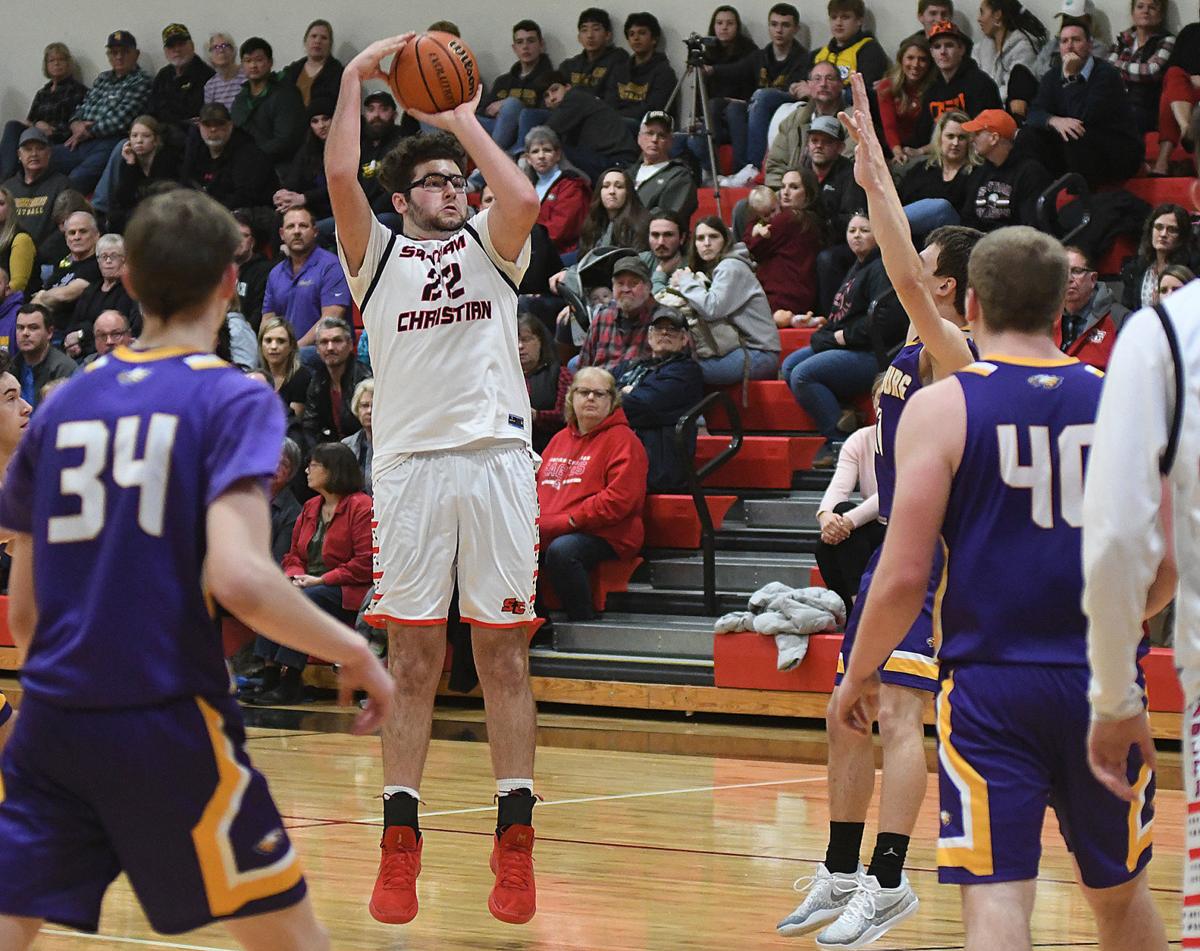 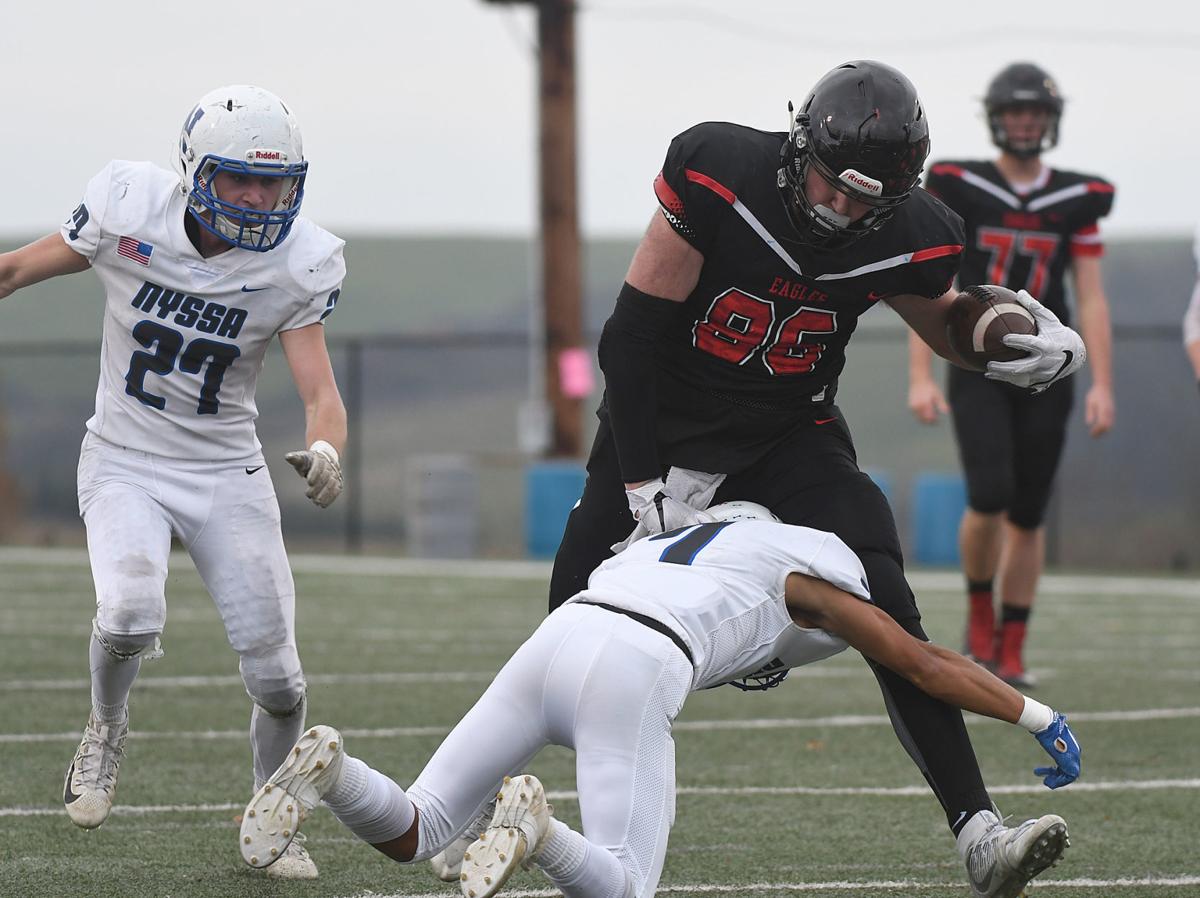 When Division I schools started coming with football offers earlier this spring, it reminded Joe MaQatish of his potential if he dedicated himself to the sport.

The Santiam Christian junior returned to the field last fall after two seasons away. It was a successful year for him despite a lack of training and for the Eagles, who went undefeated on their way to an OSAA 3A state title.

“It’s definitely motivating because I know last year was just scratching the surface,” MaQatish said. “This offseason I’ve been really working. To know that I didn’t have a summer to train shows me how good I could be. If I put the work in I could be so much better than I was last year.”

Those offers and a shift in thinking have the tight end and defensive lineman pushing to see what he can accomplish.

Jumping back into the game at the start of practice last fall, MaQatish had to play catch-up in learning Santiam Christian’s system and getting reacquainted with the basics after last playing as an eighth-grader.

He went from not starting the first game to having the Eagles make tweaks in their game plan to match his skills.

“Joe was wondering even what he thought of football and was new to it. Now he loves it. His whole mentality has changed since he’s going to be working for football,” SC coach Matt Bain said, adding that MaQatish, at 6-foot-7 and 247 pounds, will be a more dangerous threat this coming season as he continues to learn and improve and his confidence grows.

“This year his approach with understanding footwork, little fundamentals, little things to do, how to use my body as leverage instead of just being bigger than everybody else … it’s going to be fun to watch.”

In all his years of coaching, Bain said he’s never had a player with as big a mentality change as MaQatish, whom the coach says has “flipped a switch” in his commitment and mental focus.

MaQatish, who also plays basketball and baseball, was heading into his freshman year at Lebanon High School when a doctor suggested that his cough be examined more closely. It turned out to have possibly been a life-saving decision.

Tests showed he had a blood clot.

“If she hadn’t ran a certain blood test that she did, if I had any contact with anybody, like if I had gotten bumped, I could have died because the blood clot could have rushed to my heart,” MaQatish said. “I feel very blessed. I thank God for it every day.”

He transferred to Santiam Christian to start his sophomore year, but football wasn’t in the plans. His father, Mo, was weary of the sport because of the news he read on concussions and brain injuries.

After several chats in the SC gym during Joe’s basketball games, Bain talked the elder MaQatish into letting his son try football again.

MaQatish didn’t train with his teammates last summer, so when the season started “it was all coming at me really fast,” he said.

“I made sure after I started it to stay after practice and keep learning and learning,” he said. “It definitely helped. I probably would have been running around the field without a head.”

His progress brought attention from college coaches, including conversations with Eastern Washington head coach Aaron Best that resulted in MaQatish’s first scholarship offer. Others from Valparaiso, Northern Arizona and Idaho would follow.

That sparked MaQatish, recruited as a tight end, to get to work, focusing primarily on speed and agility but also watching his diet and lifting weights.

“I felt really good with how I played. I’ve got a lot of confidence in my game,” he said. “But I know I still had a lot to work on, so I’m blessed that a school offered me.”

MaQatish is anxious to return to the football field again. He keeps a close eye on the calendar and the schedule, with the Eagles currently slated to open their regular season Sept. 4 at Scio.

He and his teammates have reason to be excited for the fall. SC returns four linemen who will be third-year starters. The Eagles also have two of 3A’s top players in quarterback Ely Kennel and tailback Marcus Fullbright in addition to some experience in the wide receiver group.

Opponents last season were focused on trying to slow down Kennel and Fullbright, who still put up big numbers. Bain says MaQatish’s progression will make the Eagles even harder to stop.

“This year, Joe is going to move up to, you had better be prepared for what he is going to do,” the coach said.

MaQatish says he’s honored to be presented with the opportunity to play in college and wants to keep getting better. His primary goal is to win another state championship.

“We feel like we can make a run at it again if we stay focused and work hard,” he said. “We definitely have all the pieces.”