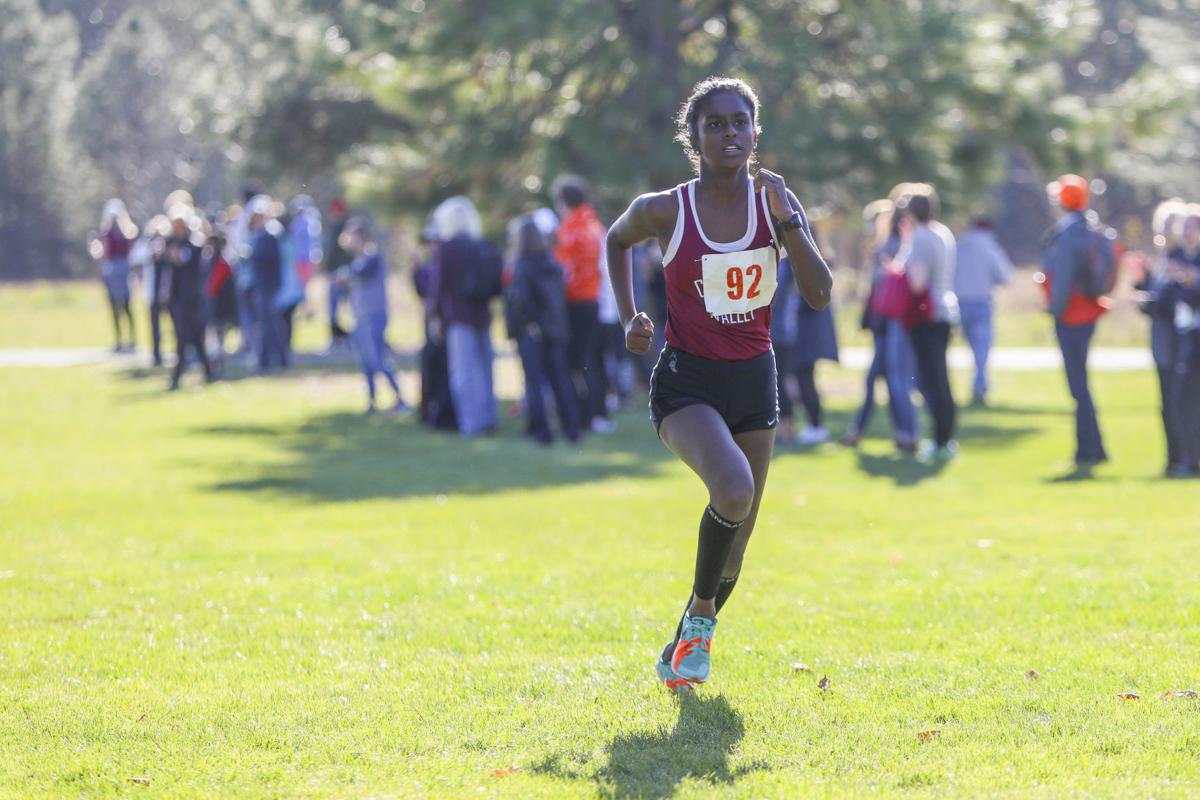 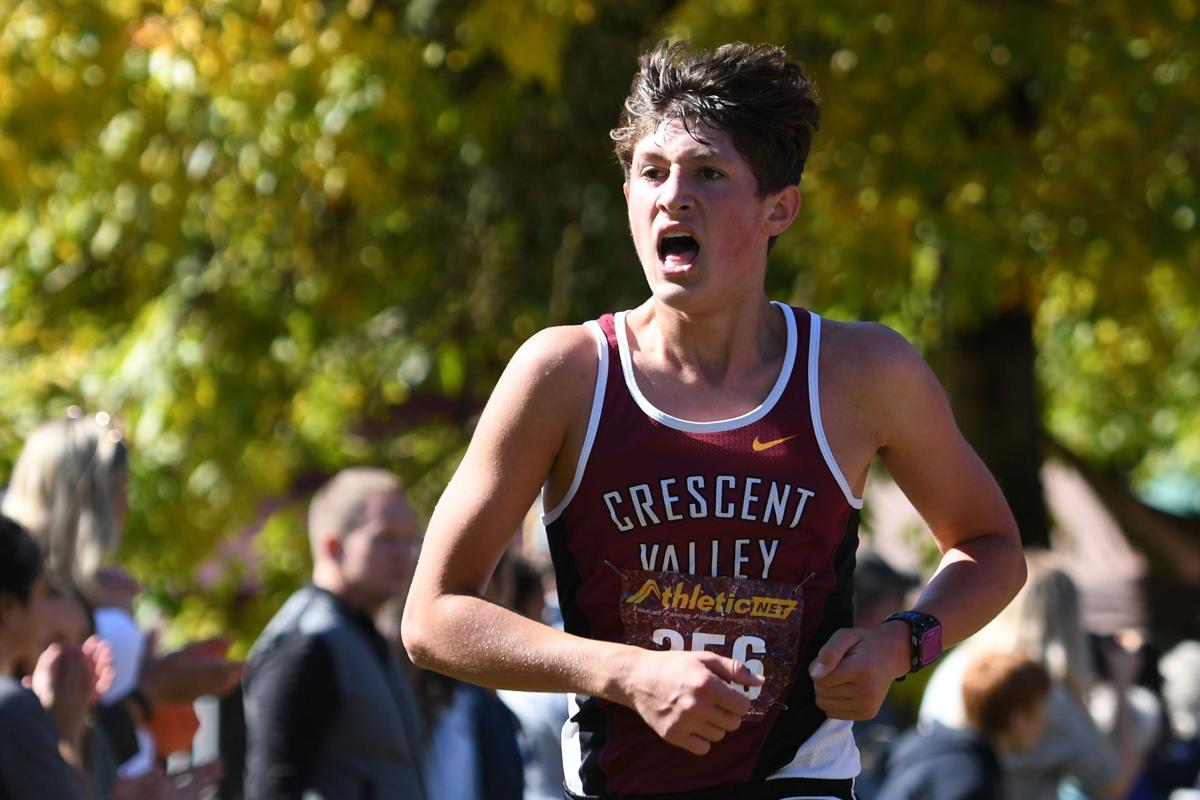 Crescent Valley's Keller Norland was eighth in the Rose City Championship Invite, helping the Raiders to sixth in the team standings.

Without an opportunity to showcase its high-level talent against the rest of the best 5A squads in the state, the Crescent Valley High cross-country teams trekked to the next-best avenue.

The Raiders took on a handful of Oregon’s top 6A teams at last Saturday’s Rose City Championship Invite and showed they belonged.

Seniors Keller Norland and Sunitha Black set the school’s boys and girls 5,000-meter (3.1-mile) records, respectively, while leading their teams to sixth on the boys side and seventh on the girls in the nine-school meet at Portland’s Rose City Golf Course.

“With as strong as our guys were and also our girls running well, especially with Sunitha as one of the top runners in the state, that felt like kind of a cool opportunity to finish off the year,” CV coach Tyler Bushnell said.

Black, who has signed to compete at Boise State, was fourth in 17 minutes, 59.3 seconds, reaching her goal of breaking the 18-minute barrier.

Given the achievement, Bushnell said it was an exciting time at the finish line. Black’s previous season-best time was 18:40.

“I’ve been so used to this season racing by myself, so I was really happy to be able to run in a more competitive race and have a lot of girls to chase down,” Black told runnerspace.com afterward.

Charlotte Richman of Ida B. Wells (formerly Wilson) was the individual winner in 17:30. Her team was the champion with 45 points. The Raiders scored 196.

Franklin’s Autumn Ost, a future teammate of Black’s at Boise State, was second in 17:45. It was the first time the two had ran in the same race together.

Bushnell says Black is “super motivated” to get started with her collegiate career. But first there’s the high school track and field season, which started this week, and chasing a sub-10-minute time in the 3,000.

Bushnell said Norland had been eye-balling a fast time and looking for a chance against a stack field, knowing that a school record could be within reach.

“He had a breakthrough in the fall with some small-scale race opportunities but throwing down some good times, getting down there in the low-15s,” the coach said.

The Oregon School Activities Association, the state’s governing body for athletics and activities, left it up to the schools to decide on their own how they would handle last week’s “culminating week” for typical fall sports.

The 4A and small-school classifications held their own unofficial state meets.

When a last-second effort to organize a 5A state meet fell through, Crescent Valley took advantage of the chance to compete in the Rose City event, which was essentially a makeshift 6A state meet.

Ashland, which won the 5A boys cross-country title in 2019 and was the top-ranked team this season, was in the same boat as CV and also joined the Rose City races.

The only 5A boys teams in the meet, the Raiders edge the Grizzlies, 128-132 for sixth place.

“That was kind of fun to go into it having not raced in a bigger field for a while and kind of a blank slate racing these guys that we hadn’t seen all season” and didn’t normally race that often because they were bigger schools, Bushnell said. “We came out of there pretty happy and it felt like a good concluding meet to the season.”

Had Monday’s game gone to the team that scored in more innings, South Albany High would have been the clear winner.

Crescent Valley's Keller Norland was eighth in the Rose City Championship Invite, helping the Raiders to sixth in the team standings.