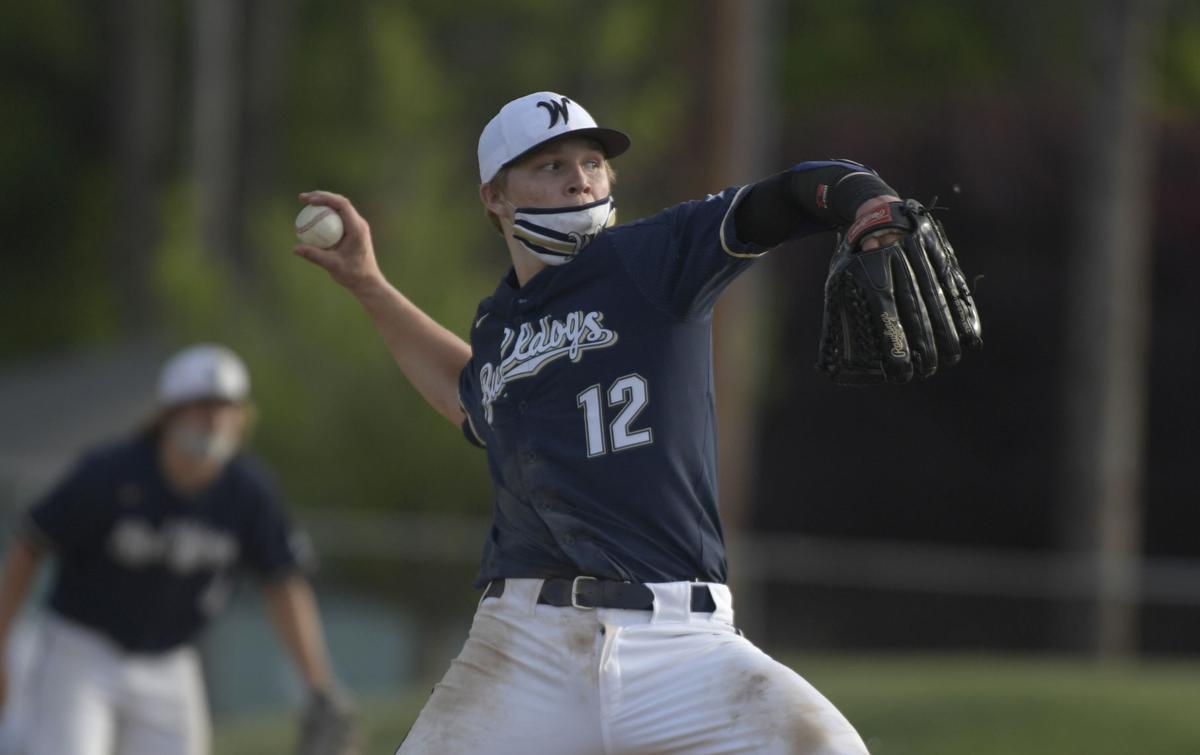 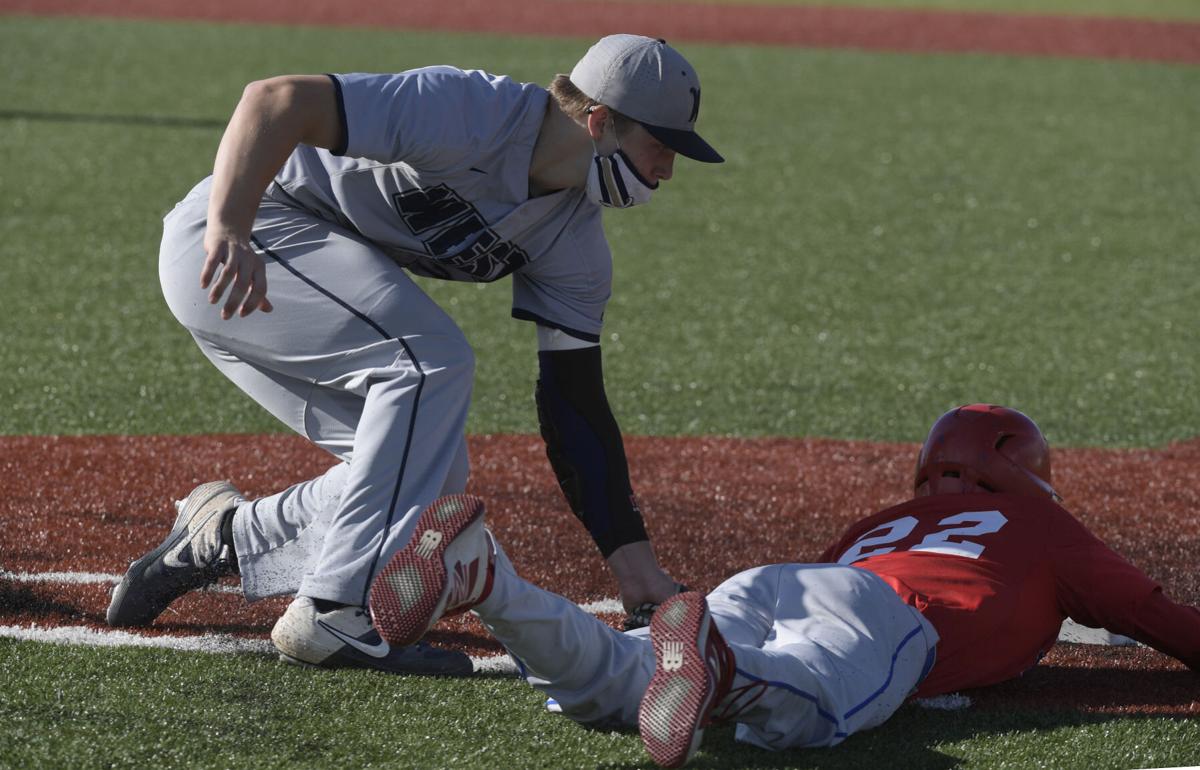 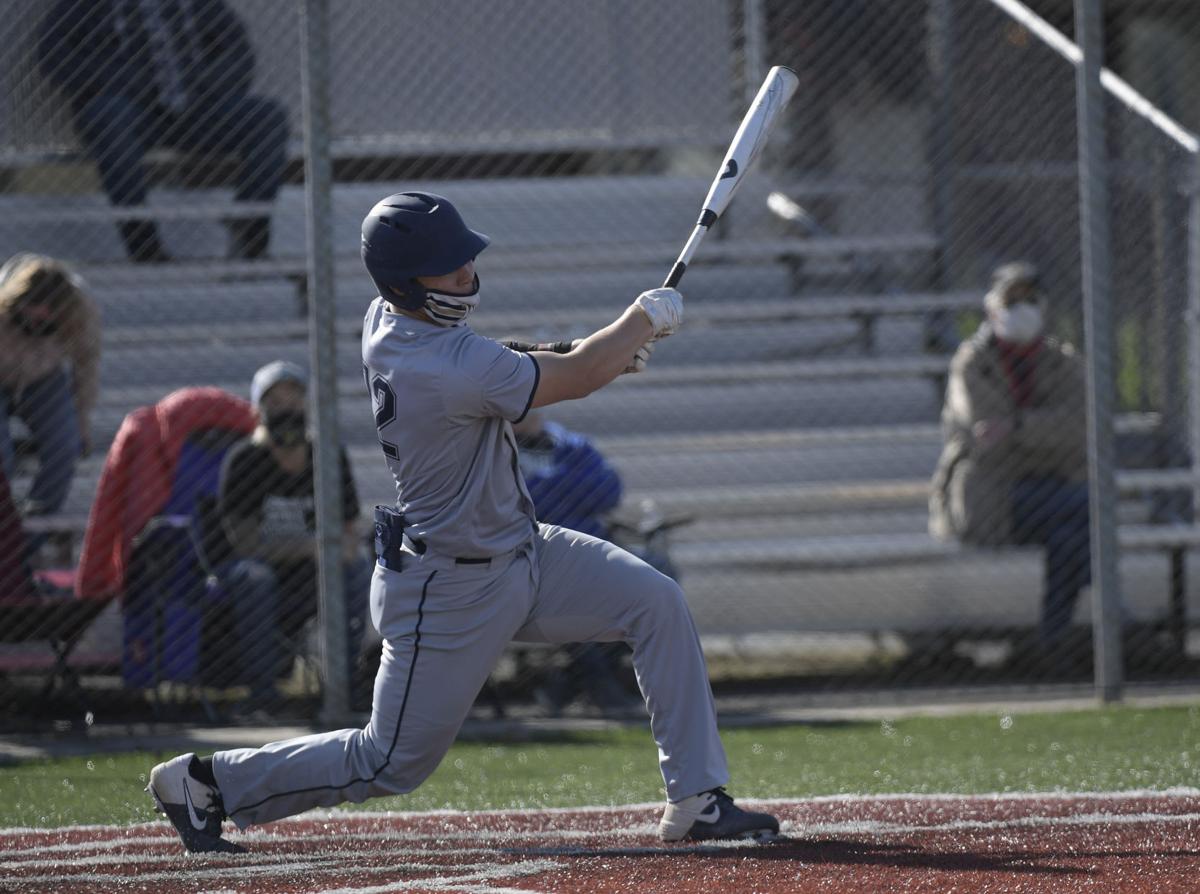 Before Wednesday's game with South Albany, Chase Reynolds was batting .438 with four doubles, a triple and nine RBIs this season.

In the fall he’ll make the move from West Albany High, where he’s been a standout pitcher, to Linn-Benton Community College, which has been a high-level program in the Northwest Athletic Conference in recent years.

A 6-foot-1 senior right-hander, Reynolds has prepared himself by facing quality batters and wants to again test his best against theirs.

“I don’t back down from it. I’m not scared of them,” he said. “I believe in myself and I know at the end of the day I’ll get them. I’m not going to back away from a challenge.”

Like all athletes, Reynolds has battled through the ups and downs of the past 14 months since the pandemic set in.

An added hurdle for Reynolds came March 5 when he suffered a dislocated left elbow in the Bulldogs’ football season-opener at McNary. He missed the team’s remaining four games and has spent countless hours rehabbing to make sure he was on the baseball field to be able to close out his senior year.

West baseball coach Don Lien says what sticks out to him about Reynolds is “the ability to compete.”

In a recent game, Reynolds’ pitching arm wasn’t quite 100% and he was having trouble getting his fastball down. His arm slot was higher than usual and he was losing movement on the pitch.

“The thing with him is it’s not an excuse for him. He says we’re going to the slider. I can work through it,” Lien said. “He's always looking for a way to fix something rather than rely on it as an excuse, and that’s what’s going to make him a champion pitcher at the next level. He doesn’t want to come off the bump whether it’s going good or bad and he wants to help the team win.”

Going into Wednesday’s game with South Albany, the Bulldogs were 10-2 overall and 6-1 in Mid-Willamette Conference games. The abbreviated spring season concludes next week.

Reynolds said his elbow hasn’t affected his pitching. He tapes it up before every game and heads out on the field.

“I don’t think about it. I know I shouldn’t anyways. There’s nothing to think about,” he said. “It’s just going to be one more thing on my plate, so I just erase it.”

Senior catcher Gabe Jacques knows Reynolds as well as anyone on the team as they’ve been playing together for as long as they can remember, with Reynolds on the mound and Jacques behind the plate.

Jacques says he’s comfortable catching Reynolds and that everyone on the field is comfortable when his friend is pitching “because he’s Chase.”

When Reynolds is on top of his game, Jacques says, “nobody hits the ball, and if they do, somebody makes a play on it. Because everybody out in the field is ready for a ball to get hit to them. Everybody’s getting bored because Chase is striking everyone out, pretty much.”

This season, before Wednesday’s game, Reynolds was 4-1 with a 2.86 earned-run average and 42 strikeouts in 22 innings over six games (four starts) despite limited time to work on improvements. He lost a significant amount of training to the injury. At the plate, he’s batting .438 with four doubles, a triple and nine RBIs.

“If Chase is on, it does drive the energy a little bit,” Lien added.

Pitcher will be Reynolds’ position when he gets to college. He also played shortstop until he reached high school. Due to the large number of throws required at shortstop, he instead plays third base when he’s not pitching for the Bulldogs.

Reynolds said he chose Linn-Benton because he loves the program and coaches and felt like it would be a “great stepping stone to go to the next level.”

Reynolds knows all about that, but he’s focused on what’s directly in front of him.

“It’s always a dream, but I don’t like looking that far ahead because I’ve still got to go and give it my ‘A’ and give it all I can,” he said.

The closer on a state title-winning American Legion team — the title was later stripped after an appeal found the team used an ineligible player — as a freshman and the conference pitcher of the year as a sophomore, Reynolds is among the best players Lien has had come through his program in the past two decades.

That list includes Nathan Pendley and Christian Lichtenthaler, who reached the minor leagues, as well as Brandon Thompson, brothers Andrew and Will Murphy, Jackson Ruckert and Taylor Burner.

“He’s in a high, high class of players who legitimately defined our program,” Lien said of Reynolds.

The 2020 high school baseball season was wiped out by the coronavirus, Reynolds lost his senior football campaign and there are only a limited number of games to be played on the diamond this spring.

Reynolds said what he hopes to get out of what he has left of his prep career is simple.

“A good last year with the boys we’ve played with all of our life,” he said. “We’re just happy to play ball. We really didn’t think we’d get a season, and we’re just trying to make the best out of it.”

Faculty, staff and supporters of Linn-Benton Community College raised $37,388 for students and programs on Wednesday for the school’s second a…

Competition for high school sports usually held during the winter in Oregon begins this week, bringing its own set of pandemic-related challen…

Turning the season around came just in time for the Corvallis Gerding Builders Marketmen.

Before Wednesday's game with South Albany, Chase Reynolds was batting .438 with four doubles, a triple and nine RBIs this season.