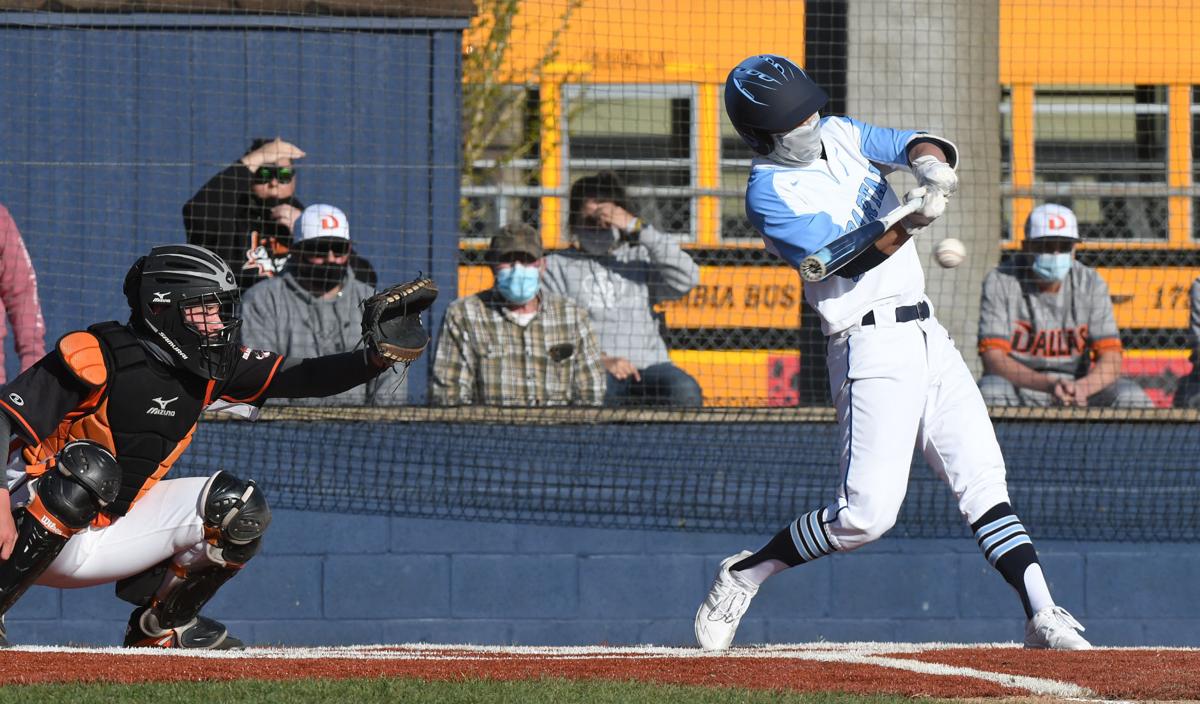 Corvallis' Noah Tom drove in a run with a fielders' choice grounder in the second inning to put the Spartans ahead of Dallas for good. 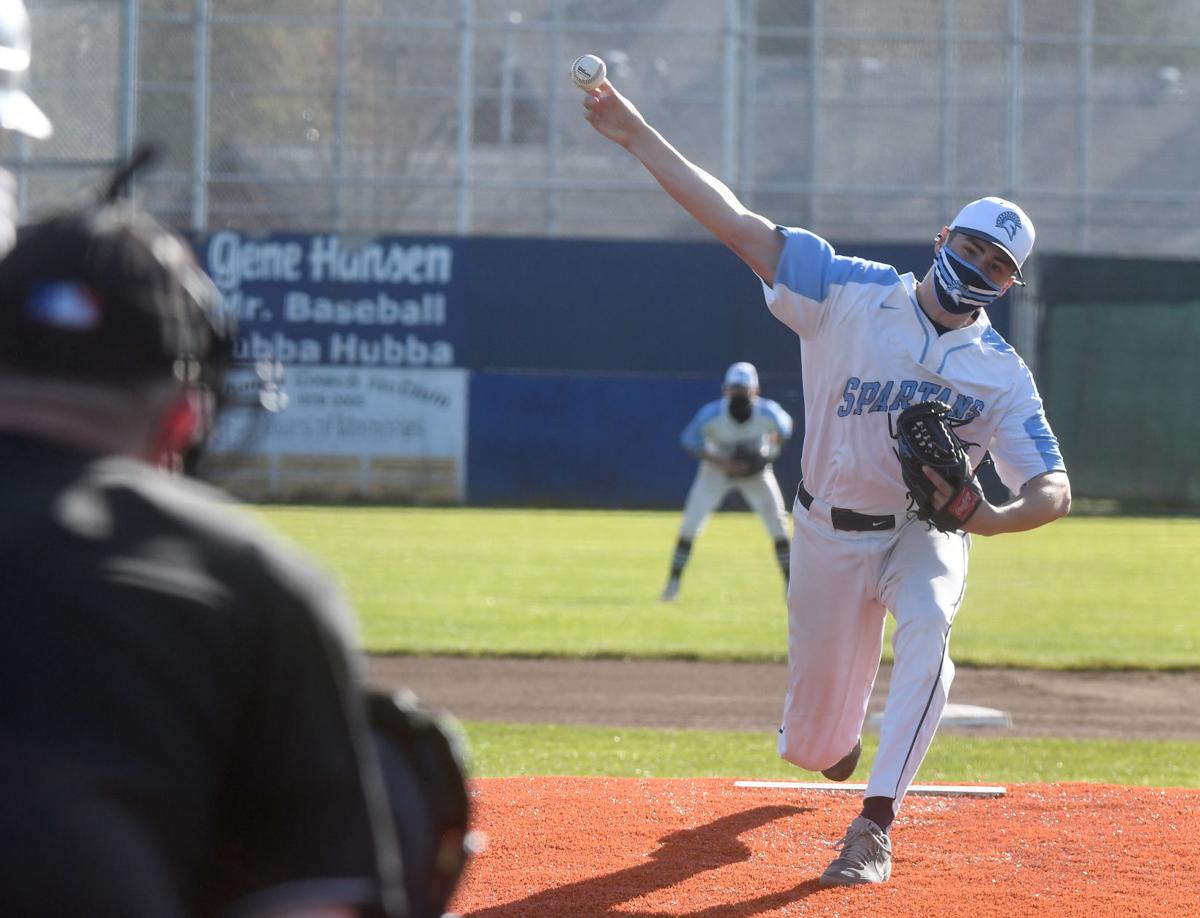 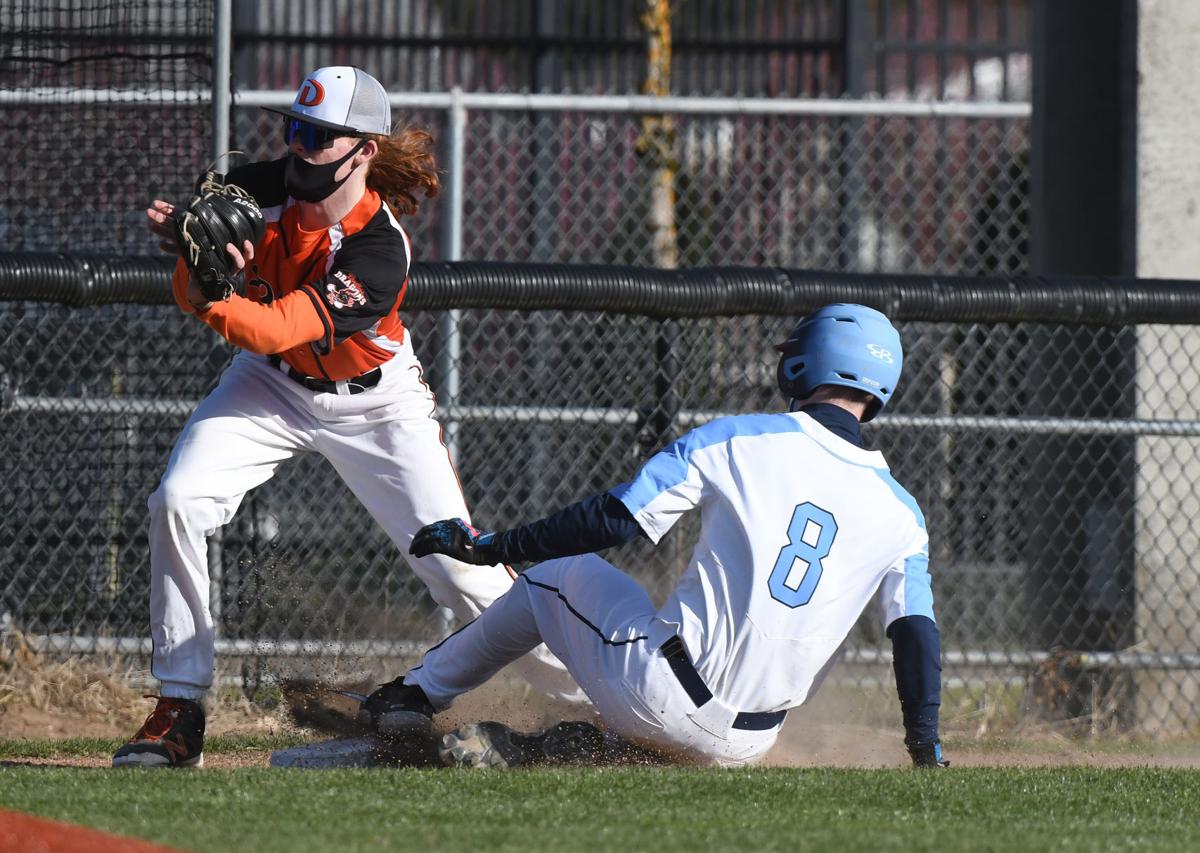 Corvallis' Karsten Sullivan slides into third base in front of Dallas' Brock Dunkin.

Corvallis High, like schools around the state, had just one week of practice to prepare for the start of its truncated spring season. But the Spartans handled Tuesday’s baseball opener against visiting Dallas without the least bit of nerves outwardly creeping up.

Pitchers Max Gregg and Karsten Sullivan combined to allow just one hit and all six of the Spartans’ hits produced runs in an 11-1 win in five innings at Taylor Field.

“I saw them battle a lot and be able to stay focused on what they needed to do today. It was cool to see because we’ve been working a lot on that,” said Corvallis coach Kevin Gregg, a CHS alum and former Major League pitcher who coached his first game as leader of the program.

The Spartans didn’t let the mistakes made by their opponents rub off on them. The Dragons committed five errors, including three on one play, and five Dallas pitchers walked a total of nine batters.

Corvallis kept the pressure on with runs in each of the first three innings then used a five-spot in the fifth, capped by Ash Kirsten’s two-run grounded single up the middle, to end the contest early on the 10-run rule.

“It was nice to just finally get out and play again,” said Sullivan, a junior. “We jumped on them from the start.”

The Spartans’ varsity baseball team was playing its first game in 23 months after the 2020 season was canceled due to the pandemic.

Corvallis answered Dallas’ run in the top of the first with one of their own on Nick Webster’s RBI double to left-center. Noah Tom’s bases-loaded RBI grounded in the second put the Spartans ahead for good.

Max Gregg, the coach’s son and a sophomore playing in his first high school game, settled down after allowing a walk and a double in the first to put the Dragons down 1-2-3 in the second. In the third, his final inning, he worked around a one-out walk with a groundout and his sixth strikeout to get back to the dugout unscathed.

Sullivan gave up leadoff walks in the fourth and fifth but saw his defense produce double plays in both frames to get him out of trouble. He got batters looking at third strikes to end both innings.

“It was pretty quick but it was fun. I was pretty happy about it,” Sullivan said.

Coach Gregg said he liked the way both pitchers attacked the hitters and that the defense was clean.

Beyond last week’s practices, the Spartans were limited to just a few hours a week on the field. Still their coach was encouraged by what he saw for their first time out against live competition.

“There was a lot of dedication by the boys to be learning during that time frame and it showed. Today they came out and did a great job,” said coach Gregg, whose team returns to the schedule Thursday at Silverton. “The dedication out of these hitters in one week’s time … their backs were against the wall and had a lot of information to take in and they were ready for it. They work really hard day in and day out to put themselves in this spot.”

He credited his team for staying engaged at the plate, getting deep in counts and coming through numerous times with two strikes against them.

Kyle Vickstrom had two run-scoring singles, providing some juice out the eight spot in the hitting lineup, in addition to his catching duties. Max Gregg had a grounder and a single that each scored a teammate.

Kirsten, Sullivan and Vickstrom all reached base three times.

Prep sports: Teams making best of situation to get to play during pandemic

MONROE — Getting high schools athletes onto the fields and courts of competition during the pandemic has been a challenge, to say the least.

Had Monday’s game gone to the team that scored in more innings, South Albany High would have been the clear winner.

Corvallis' Noah Tom drove in a run with a fielders' choice grounder in the second inning to put the Spartans ahead of Dallas for good.

Corvallis' Karsten Sullivan slides into third base in front of Dallas' Brock Dunkin.