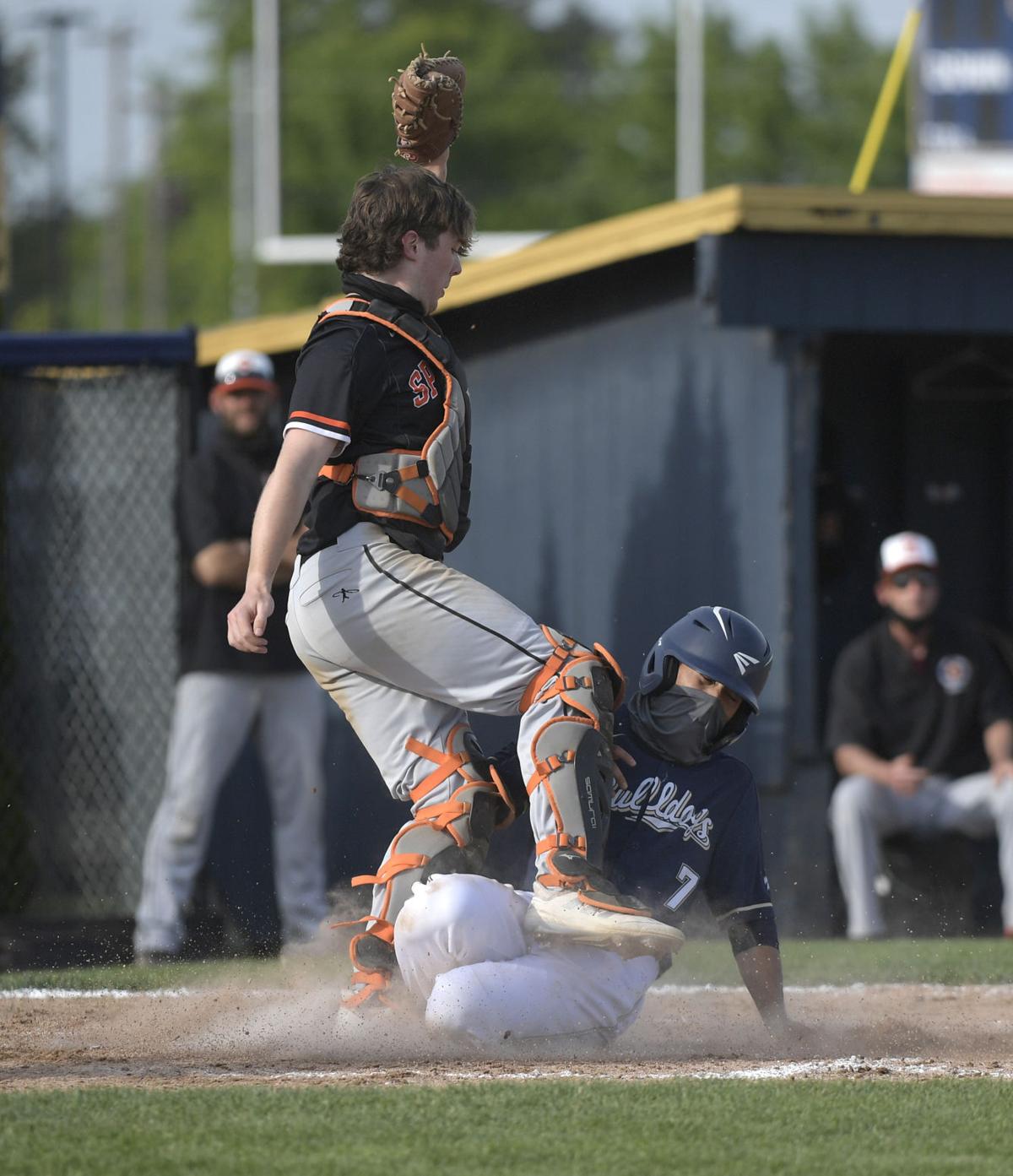 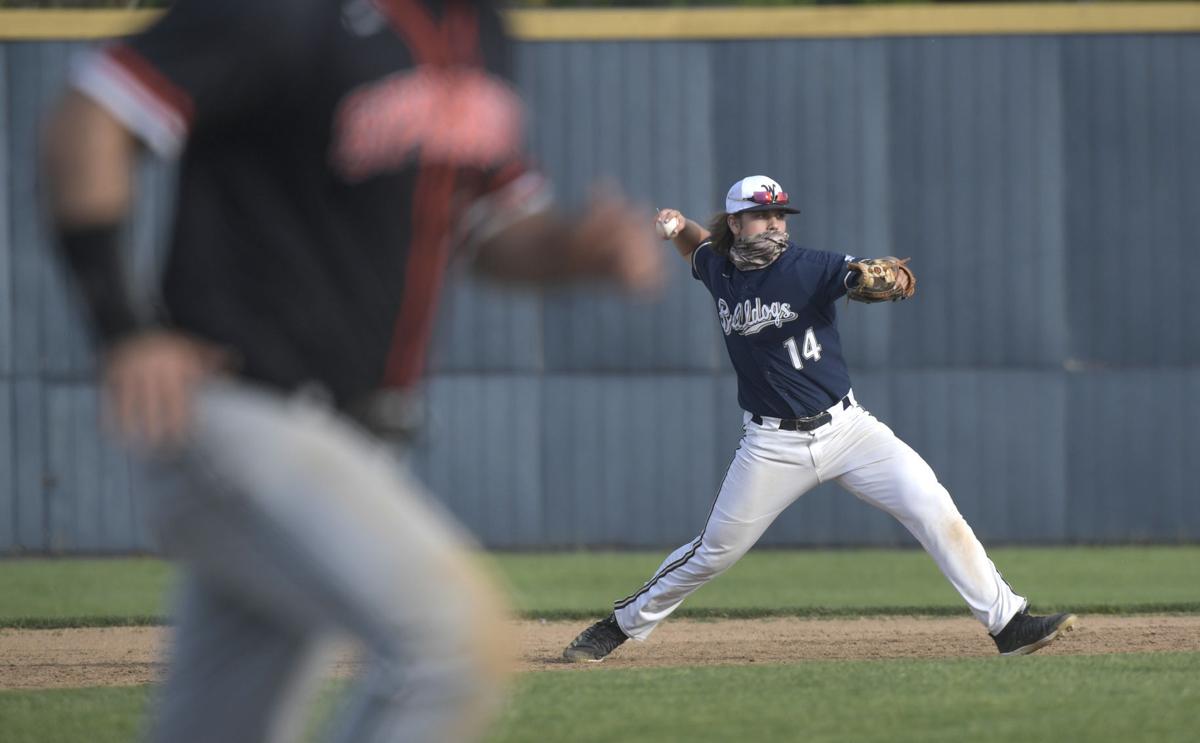 West Albany shortstop Marcus Allen throws to first after fielding a grounder against Sprague. Allen got the last four defensive outs for the Bulldogs on the mound.

A talented Sprague team got some help from the Bulldogs’ defense Wednesday and gave West an early four-run deficit that it couldn’t completely erase.

The shorthanded Bulldogs had five errors in all, with three of them coming in the first two innings of the Olympians’ 8-4 nonleague baseball win at Memorial Stadium.

With four players in COVID-19 quarantine, West (8-2) was down to 10 players and had several players in positions they had not practiced. The result was some uncharacteristic miscues.

“We were doing some things that we don’t normally do,” said Bulldogs coach Don Lien, whose team was missing players for the fourth game due to protocols. “Today felt heavy and the guys were trying to work through it. At the same time, things didn’t work our way when we were reacting to certain plays.”

Still, 5A West was in the game with 6A Sprague (9-2) after rallying for a run in the second inning and two more in the third.

The two runs in the third, to make it a 4-3 game, came on Luke Killinger’s double to right-center and a Chase Reynolds single to center after a long at-bat against Olympians starter Jackson Muth.

But Sprague answered with two of its own with the help of a throwing error on a play that should have produced the third out and a Reynolds balk that made it 6-3.

Given his team’s circumstances, Lien said that response took a little air out of the Bulldogs.

“It does because in that game we have to keep that thing close because we were lacking some spots in the lineup that were going to be tough to produce a lot of runs out of,” Lien said.

West went down in order in the next three frames and Sprague added two in the top of the seventh, with another Bulldog error aiding the process.

The home team got one back in the bottom half on a Bryce Bowers one-out double and CJ Hattori’s two-out run-scoring single to center.

“At the end of the day it’s a team effort,” Reynolds said. “We still got the bat on the ball and still made plays. It just didn’t go our way today.”

Added West catcher Gabe Jacques: “We just had too many errors. I think that’s what it really came down to.”

Lien credited Hattori, Wednesday’s No. 9 hitter, for stepping up with a team-best two hits.

Reynolds, the Bulldogs’ starting pitcher, allowed six hits and four walks with four strikeout in four innings. In 1⅔ innings of relief, Killinger gave up one hit and two walks and struck out one. Marcus Allen got the final four outs on the mound, giving up two hits and a walk with one strikeout.

Muth, who led Sprague with three hits and two RBIs, allowed six hits and no walks and struck out 10 in a complete-game effort.

Lien said Muth commanded the strike zone well. But he added that his team, while competing and trying to put the ball in play, was swinging at some pitches that were being called balls.

Reynolds got off to a rough start, walking the first batter before a teammate’s fielding error and another walk loaded the bases. Another walk brought home a run before Reynolds struck out three straight batters.

In the second inning, Sprague scored two of its three runs in the frame on another leadoff walk, a fielding error, an RBI single and a throwing error after the hit that allowed the runner to advance to third base. That set up a well-executed squeeze bunt that made it 4-0.

LEBANON — For every run that Lebanon High put on the scoreboard, West Albany had an answer and then some.

West Albany shortstop Marcus Allen throws to first after fielding a grounder against Sprague. Allen got the last four defensive outs for the Bulldogs on the mound.