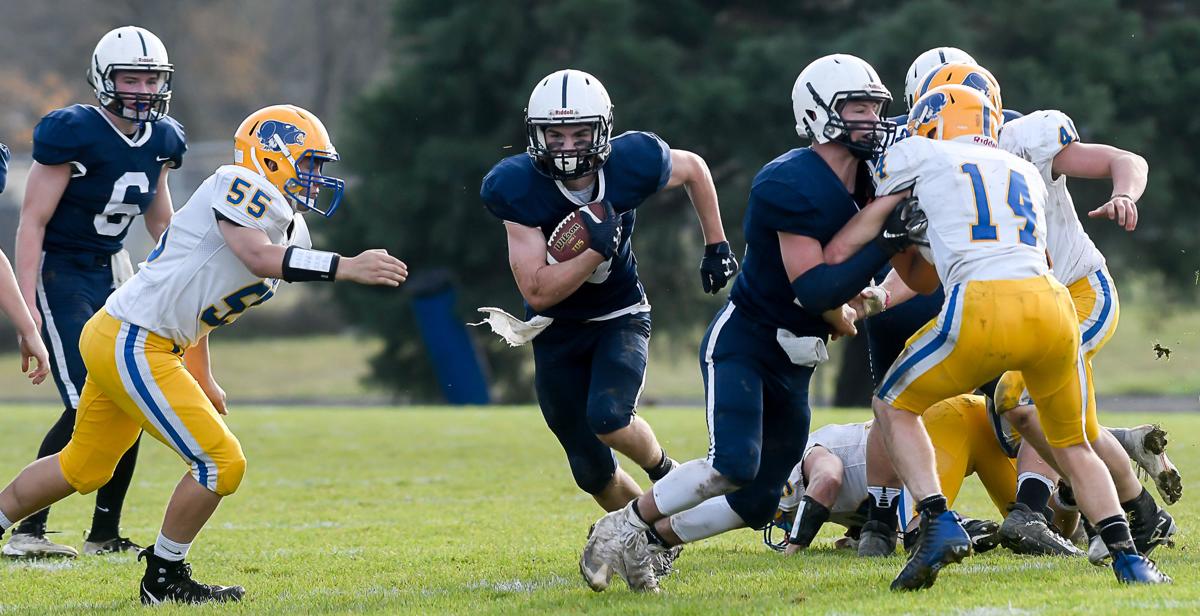 Monroe's Zach Young heads to Linfield College, where he will compete in football and track and field. 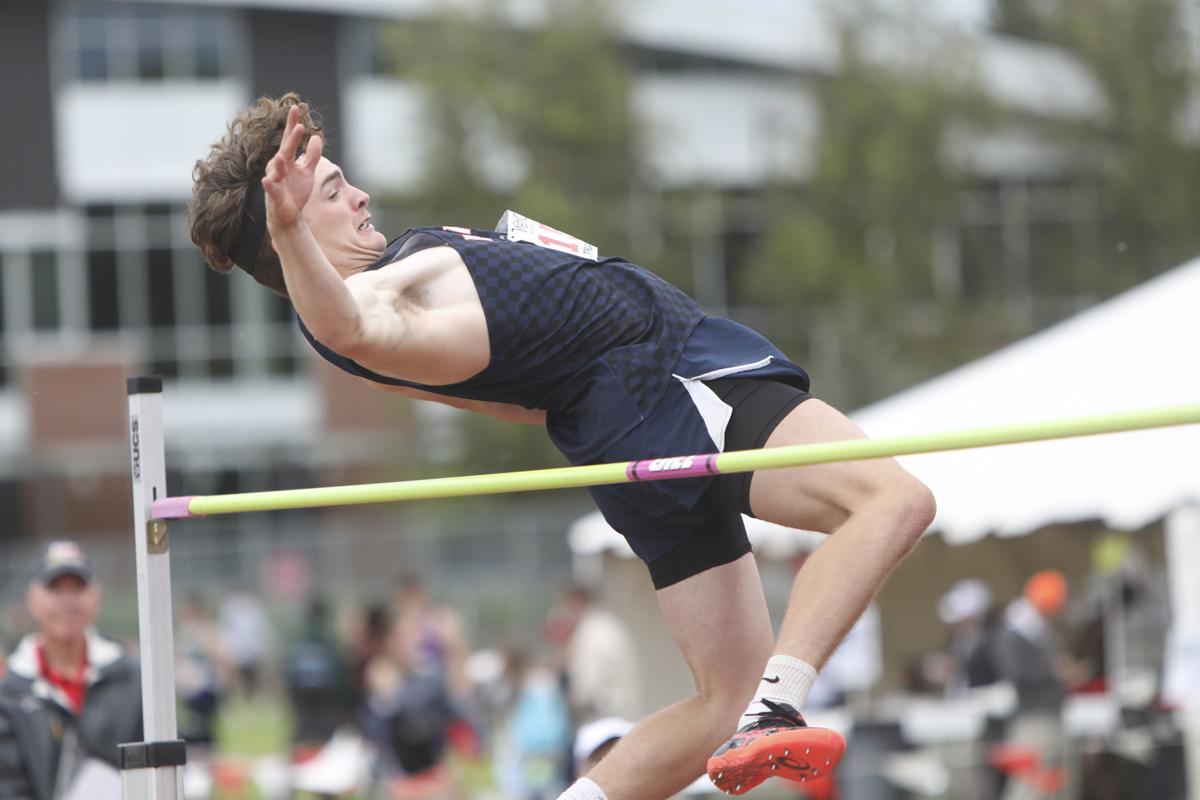 Zach Young will be a multi-event competitor in track and field at Linfield, where he'll also play football.

Zach Young knows what negotiating a loaded schedule is all about, having played four different sports in high school while staying on top of his academics.

Now he’ll give it a try at the next level.

The Monroe High standout heads to Linfield College in a few months to begin a collegiate career that will include football as well a track and field, where he’ll take on multi-event competitions for the first time.

“I definitely tried to keep myself pretty busy throughout high school, so I think I’ll be ready to continue doing that in college,” he said.

The 6-foot Young, who set numerous state records in football and basketball, has always had football as his favorite. So continuing to play that sport was a priority when it came to continuing his athletic career.

Since his freshman year, many people have encouraged him to try the decathlon, outdoor track’s 10-event endeavor, telling him that he would be good at it.

“But last year when I started doing high jump and a little bit of everything at a pretty high level, I thought this might be fun just to go compete in all the events at once and give it a go,” Young said.

In returning to the high jump last spring for the first time in two years, he cleared 6 feet twice before going 6-5 to win the district meet. He finished the season with the 2A classification’s second-best marks in that event as well as the long jump and javelin. Competing in four events at state for three seasons, he reached the medal stand nine times, including two runner-up finishes in the long jump.

At one time or another in high school, Young competed in six of the events that make up the decathlon — 100 meters, 400, shot put, javelin, high jump and long jump. The ones he hadn’t tried were 110 hurdles, discus, pole vault and 1,500.

“I still have to learn to pole vault. It’s going to be a challenge, but everything else I feel like I can do pretty well right now,” Young said.

Missing out on a track season this spring due to the coronavirus only increased Young’s interest in pursuing the sport in college.

He had plans to compete in his first decathlon this summer, hoping to qualify for the Junior Olympic national meet. But that event was canceled, and his foray into the two-day competition will have to wait.

Linfield track coach Travis Olson began talking with Young after learning that Wildcats football coach Joseph Smith and his staff were recruiting him to the NCAA Division III school in McMinnville.

Pacific University and Southern Oregon offered Young scholarships for both sports, and other four-year schools made offers or showed interest in one sport or the other. But with Linfield, he said, “I just really like the feel.”

Playing both sports in college wasn’t a priority, but it’s a situation Young is ready to try.

At Monroe, he played football and basketball for four years and competed in track for three. He also played baseball as a junior last spring. Outside of his high school teams, he was also a member of the National Honor Society, participated in community projects and helped out at youth sports clinics and camps.

Young began making his mark during his first athletic season on the football field at Monroe when he set the state freshman rushing yards record (1,238).

The next three seasons, he and the Dragons put up some big numbers during a stretch that included a 2017 state title, two more state semifinal appearances and three league championships. They went 31-5 in that time.

The running back and linebacker holds state records for all-purpose yards in a career (8,898) and a single season (3,748 last fall). He’s also fourth all time in the state in career rushing yards (7,253), second in total touchdowns (104) and tied for third in rushing scores (86).

“It’s all cool, the personal accolades,” Young said. “But the thing that really stands out to me is the 31 wins through three years, three league titles and a state championship. That’s what people will remember the most, I feel like. That was really special for me getting to be a part of that.”

Like most successful running backs, he was quick to note that he had a good offensive line blocking for him.

Bill Crowson had a front-row seat to Young’s accomplishments as Monroe’s football coach.

“It’s nice to see kids that have had success that he had as a 15-year-old guy … I’ve never seen it diminish in what he does as an athlete,” Crowson said last fall. “He works really hard and he’s trying to take on a lot of leadership roles. He takes it seriously and he wants to be in that role. Not a lot of kids do.”

Young proved hard to slow down on the basketball court as well. The Dragons didn’t reach the state tournament in his four years, but he led from the front.

He’s tops in school history in career points with 2,186 points. The guard scored 786 points as a senior, a school single-season mark, including 54 in a game against Waldport. He set a state record with 643 free throws attempted.

Young signed with Linfield in February. With basketball season over and the coronavirus wiping out the state’s spring sports season, he turned his attention to getting ready for football.

Unable to go to a gym, Young made good use of a bench press and squat rack at home. He continues to work at nearby Diamond Woods Golf Course.

Young is motivated by the potential of immediate playing time at Linfield, which he says “is a huge thing for me.” Smith, the Wildcats’ football coach, told him there will be a wide-open competition at running back.

“I’m really excited about it, the opportunity to go out there and compete right away,” Young said. “I’m just trying to train as hard as I can and come into camp in the best shape I’ve been.”

A total of 146 new confirmed and presumptive cases of COVID-19 were reported to the Oregon Health Authority as of 12:01 a.m. Monday, a signifi…

Monroe's Zach Young heads to Linfield College, where he will compete in football and track and field.

Zach Young will be a multi-event competitor in track and field at Linfield, where he'll also play football.