Corvallis Culinary Month looks to give boost to local restaurants 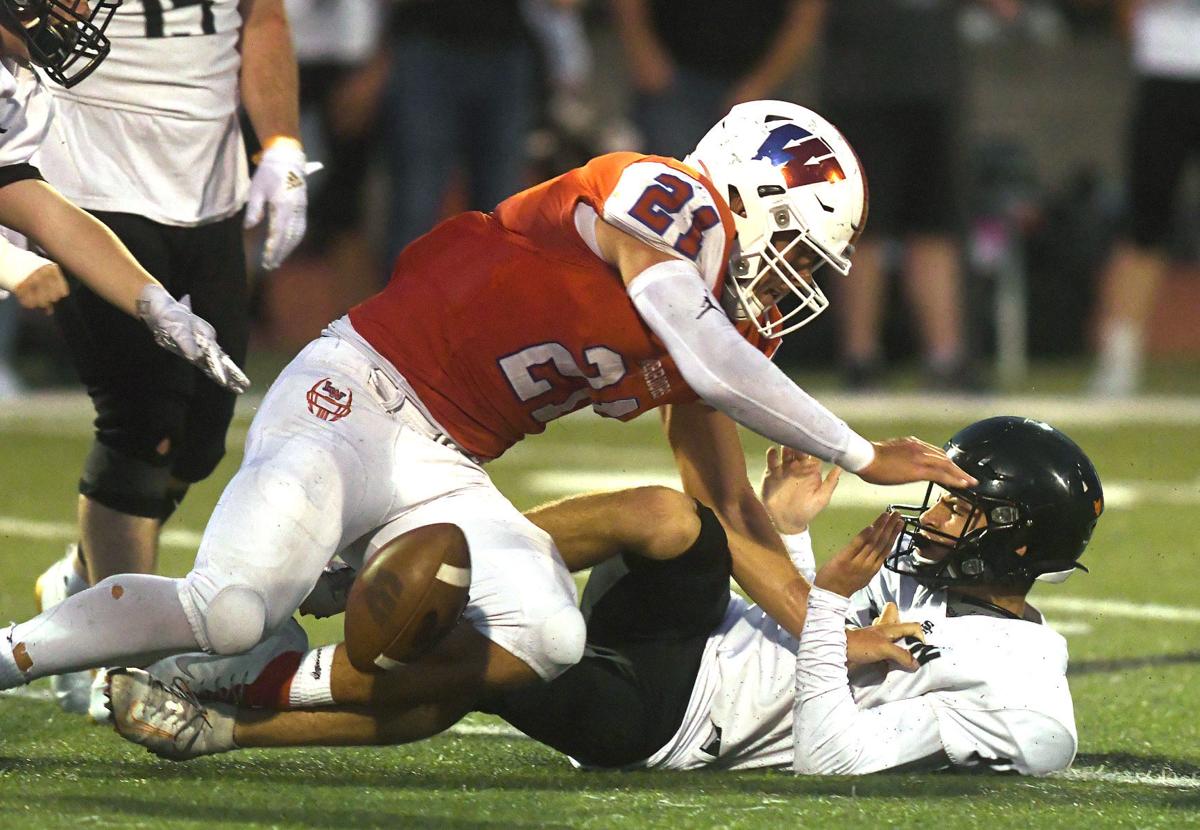 Lebanon's Keith Brown forces a Silverton fumble back in 2019 during his junior year. Brown will sign a National Letter of Intent to play at Oregon on Wednesday. 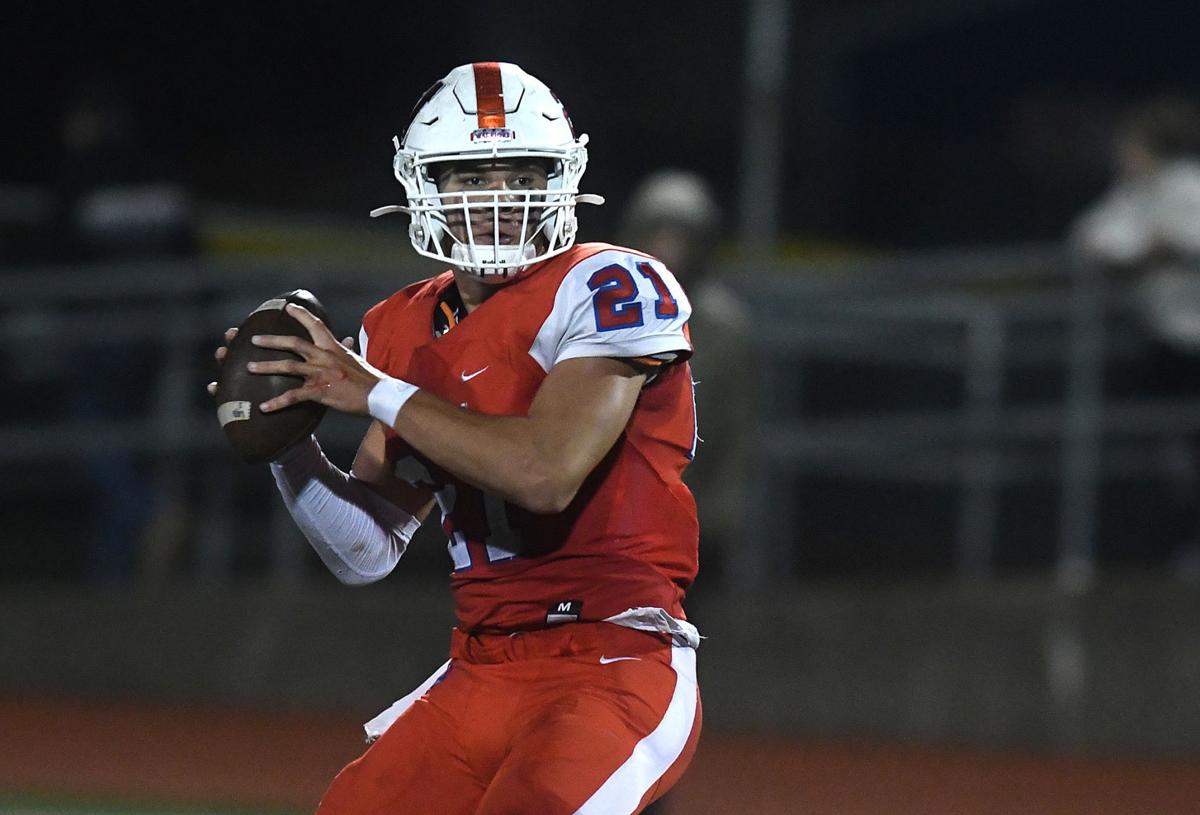 Lebanon's Keith Brown could have left Lebanon to play against better competition and raise his stock for college coaches but stayed and will get the chance to play for Oregon next season.

That’s not a slight on Lebanon. Its football team won a state title as recently as 2016, and the small mid-valley community is famous for its hospitality, hiking trails and strawberry festival.

What it isn’t famous for is producing All-American linebackers. The examples of top recruits surfacing from rural Oregon areas are few and far between, and a player as talented as Brown hailing from a city so small is almost unprecedented.

So how did Brown, a four-star linebacker and one of the top high school players in the nation, emerge from a town of roughly 17,000 to become the defensive gem of a loaded University of Oregon recruiting class?

“He wants to put Lebanon on the map,” Ty Tomlin, Lebanon’s football coach, said. “He wants to give back to the kids that are coming up behind him. He wants to show them, ‘Hey, you know, you guys can do some pretty special things if you really put in the time and the effort.”

In a recruiting landscape where exposure and scholarship offers are directly correlated, plenty of players in Brown’s shoes might have jumped ship and gone to a bigger school in order to put themselves on the radar of college coaches. Instead, he bet on himself and trusted that if he put in the work, he could help lift his hometown while achieving his Division I dreams.

The gamble paid off. Brown will complete his high school diploma this month and will officially sign with Oregon during Wednesday’s early national signing day period. He plans to enroll for winter term in Eugene, and will begin to gear up for spring ball with hopes of working his way into the Ducks’ lineup as a true freshman.

Brown will depart Lebanon as one of the top athletes ever from the area.

“It means everything to me,” Brown said of his hometown. “Because not a lot of kids come out of where I live.”

Rest assured, there were plenty of chances for him to leave. Brown was offered the opportunity to play at the prestigious IMG Academy, a football preparatory school in Bradenton, Florida, as well as California powerhouses St. John Bosco and Mater Dei.

At any of those places, he would have spent Friday nights showcasing himself against some of the nation’s top players and potentially climbed higher up recruiting boards. Even transferring to a 6A school in Portland would have put him on a more conventional path to college stardom.

The recruiting service 247 Sports has created an exhaustive ranking of the best recruits in the country each year since 1999, and it also ranks recruits by state. Brown rose as high as 84 at one point and is currently 247’s 114th-ranked prospect for the class of 2021.

Over the past two decades, only 11 players from the state of Oregon have earned a higher ranking than Brown, and only three of them came from towns with a smaller population than Lebanon. Marlon Tuipulotu, who played at nearby Central High and now starts for USC, ranked 60th in 2017.

In 2001, Derek Anderson (Scappoose) and Kellen Clemens (Burns) emerged as two of the top quarterbacks in state history, and both went on to play in the NFL after starring at Oregon State and Oregon, respectively.

Other than those three, the top of the in-state recruiting boards over the past two decades have been mostly filled with players from the Portland area, Eugene and Corvallis.

“I’ve had to work very hard to get my name out there. … I’ve always had a chip on my shoulder with stuff like that,” Brown said.

One person who can relate to Brown’s goal of making the jump from Lebanon to the Pac-12 is Tomlin. A star football player for the Warriors in the late 1990s, Tomlin walked on at Oregon and eventually earned a scholarship as a hard-nosed linebacker and special teams star.

While he didn’t have to navigate the same non-stop recruiting experience that Brown did, Tomlin still knew what kind of work Brown would need to put in and the sacrifices that were necessary if he hoped to make it at the top level.

“(Tomlin) would always ask me, ‘What do you want?’” Brown said. “I want to play Division I. Then I would complain to him about wanting to do this or wanting to do that. He goes, “But this is what you asked for.’”

Tomlin and the rest of Lebanon’s staff were a steady hand when Brown felt overwhelmed by a recruiting process that he truthfully wanted no part of. He disliked it so much that he almost committed to Oregon on his first visit just to get the whole thing over with.

The non-stop calls from coaches he had never met and the visits to schools he wasn’t sure he wanted to go to never appealed to Brown. But he appreciated the attention it brought his school.

“I never really cared about the recruiting stuff or the stars or the rankings,” Brown said. “But it was definitely cool, you know? Because it’s definitely hard to be noticed and ranked super high out of Oregon.”

Brown loved traveling to showcase camps — not because of the lucrative chance to drive his ranking higher but because it was a chance to play football against great athletes and improve his game.

He knew the deck was stacked against him at those camps. He wasn’t from California, or Texas or Florida, and was relatively unknown when he traveled to his first national showcase prior to his sophomore year. So he approached the opportunity with a chip on his shoulder; coaches may not have known who he was when he arrived, but they wouldn’t be able to forget him after he left.

“By the time my third or fourth camp came in that first summer, at that point, no one really cared where I was from,” Brown said.

Oregon State came in with an offer on the spot after the Beavers’ coaches watched him rack up four sacks against Crescent Valley his sophomore year. After that, Pac-12 offers came pouring in on a weekly basis, and other Power-5 schools weren't far behind.

“Coaching him — it’s a pleasure,” Tomlin said. “Keith is like any other kid. He has things he struggles with. He has things that he grows up trying to figure out. Especially in the world of recruiting and being told you’re this amazing kid and you have these adult men swooning after you, for lack of a better word … in regards to being humble about that, he’s done a really good job.”

Brown has left a lasting impact on the local football scene — even in an abbreviated career. He broke his leg his freshman year and was limited to just two games, and if there is a football season this year, Brown will already be enrolled at Oregon.

But in a Mid-Willamette Conference that featured some of the top teams in 5A over the past couple seasons, Brown’s talent was obvious during his sophomore and junior years.

“He’s definitely really in that upper-echelon of really talented players. I don’t know how else to put it,” Corvallis coach Chris McGowan said. “There’s guys that are physically suited to play at the next level. … It’s a scary, scary prospect for most of your 5A, 6A high school players to take on.”

Tomlin still remembers the moment he knew Brown was going to be a special player. Early in his sophomore season against Corvallis, Brown lost a fumble on one of his first carries of the game.

When he got back over to the sideline, Tomlin told him he was done for the night on offense.

“He said, ‘It’s just one fumble.’ And I said, 'you’re right, it is one fumble,’” Tomlin said. “'But my running backs don't fumble the ball, Keith. I have three seniors who have put in two more years than you have, and they haven’t fumbled the ball, so they’re going to play.’”

Brown was in his ear on the sideline the rest of the game, begging to get back in at running back. He wanted to make up for the early mistake. Tomlin told him he could do that by playing well on defense.

“Keith kind of gave me this look and goes, ‘all right,’” Tomlin said.

Brown and Tomlin will always wonder just how special of a season Brown might have had if he was around for his senior season. But Brown didn’t want to jeopardize his dreams of playing for the Ducks as a freshman just to wait around for a pandemic-altered season that might not happen.

He feels like he still has unfinished business for his school, but is excited for what comes next and hopes that what he did during his time with the Warriors can help push the football program forward.

“I’m trying to show people it doesn’t matter where you’re from. I’m just a kid from a small town who knows how to work,” Brown said.

Jonathan Smith and his staff wanted to go “sharpshooting” during this recruiting cycle.

Dane Sipos fell in love with football at Autzen Stadium.

Lebanon's Keith Brown forces a Silverton fumble back in 2019 during his junior year. Brown will sign a National Letter of Intent to play at Oregon on Wednesday.

Lebanon's Keith Brown could have left Lebanon to play against better competition and raise his stock for college coaches but stayed and will get the chance to play for Oregon next season. 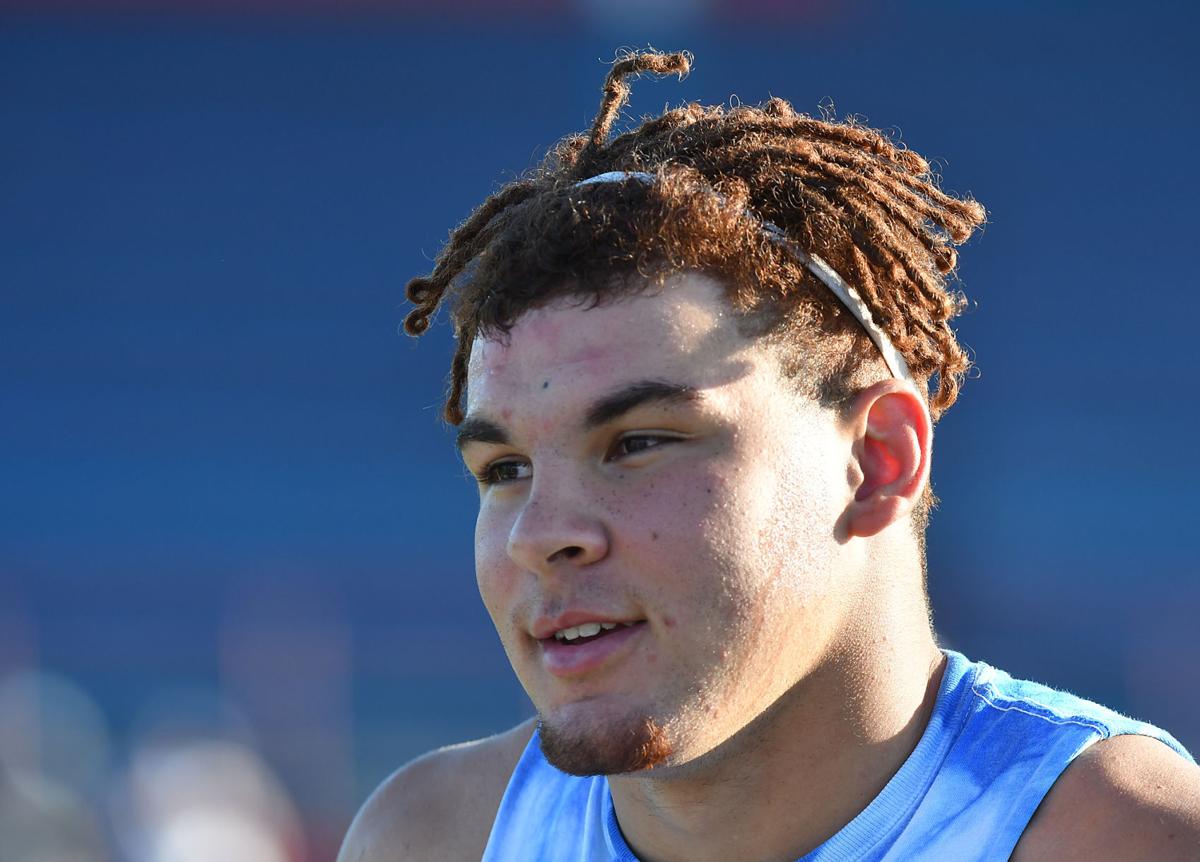