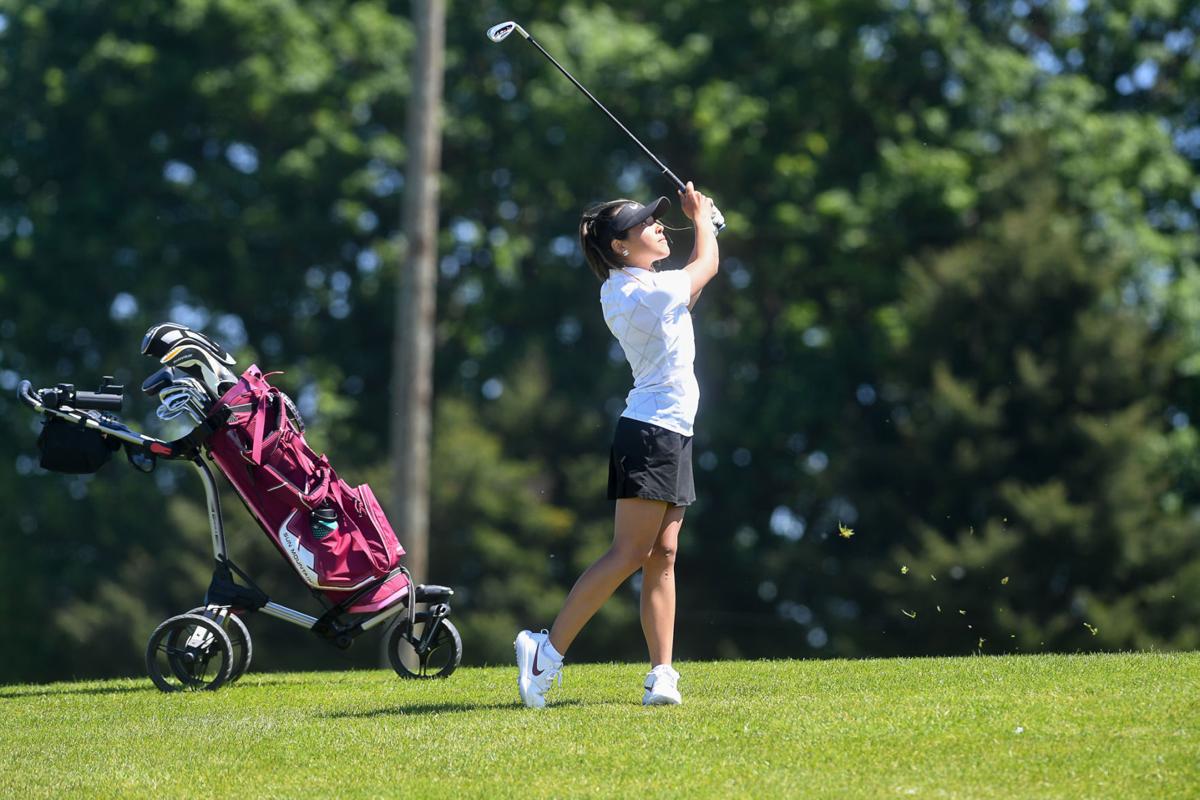 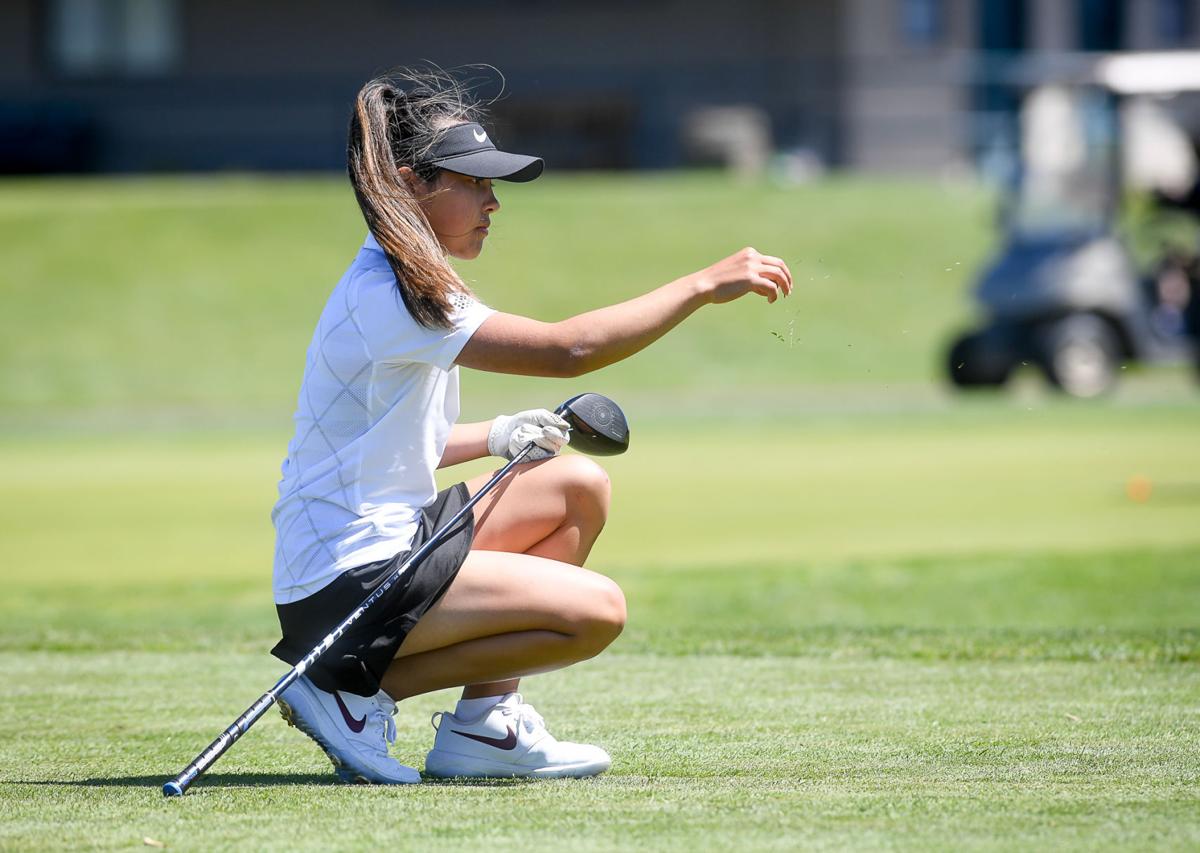 Crescent Valley's Mercedes Marriott has been playing golf for less than two years. 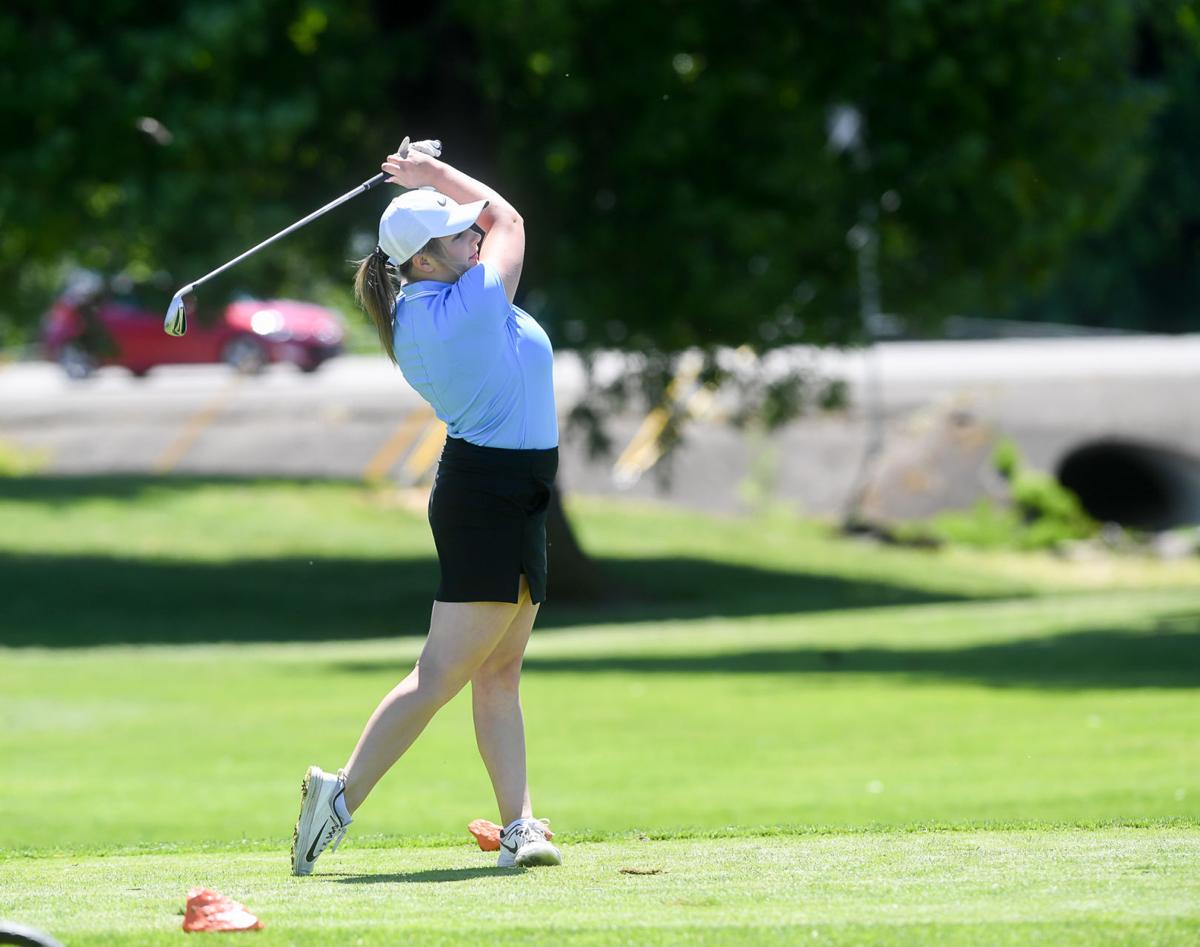 Corvallis' Julia Weldon had a 99 to help the Spartans place third at the district tournament on Tuesday.

On Tuesday, she captured a conference title and cleared the field by five strokes.

Marriott, a sophomore at Crescent Valley High, shot a 4-over 75 and won the Mid-Willamette-Conference individual title at Trysting Tree Golf Club in Corvallis. It was the best game she’s ever played for the Raiders.

“I was just so nervous,” Marriott said. “Because if I’d had a bad day, it would probably bring my team down. I just wanted so badly for our team to make it to state.”

That they did. The Raiders won the tournament with a score of 393, just ahead of second-place Silverton at 399. Marriott's 75 paced CV, and Leah Mattson (96) Audrey Au (107) and Natalie Zalapa (115) rounded out the scoring for the Raiders. Maria Fuller finished fifth for CV and shot a 134.

“It was a great day,” CV coach Mike Connor said. “Four of our five girls shot their best rounds of the year. To do it at the district tournament — if you’re going to peak and have a PR, that’s the best time to do it. Just to see the excitement was really fun.”

It’s been a quick turnaround for the Raiders, who were not able to field a full team at districts when Connor first took over the program three seasons ago.

“We’ve got a bunch of girls out for golf now and are vying for league titles,” Connor said. “It’s pretty cool for them.”

Marriott’s ascent from golf newcomer to the top player in the conference has happened at a similarly rapid pace. Her first love was competitive gymnastics, but a knee injury when she was in the fifth grade left her with a diagnosis that ruled her out of most running sports.

Her father was a standout golfer at Corvallis High and encouraged her to take up the sport. Within six months of starting to play competitively, she shot a 91 at Heron Lakes Golf Club in Portland.

“If she’s only had a club in her hands for a year-and-a-half right now, she’s probably not even scratching the surface of where she can get to,” Connor said.

On Tuesday, she battled through a windy afternoon and hit all 18 fairways. On No. 8, she buried a birdie putt and said that she realized at that point it was going to be a good day.

Marriot’s success this season hasn’t just come from an individual standpoint. When she joined the team, the Raiders had just four girls out, according to Connor. This season, they had 15 come out after Marriott encouraged some of her friends to join.

“She’s on a different level,” Connor said. “But you wouldn’t know it the way she interacts with the other girls. She’s just really a great teammate.”

Because the pandemic wiped out the spring sports season in 2020, Marriott did not get the chance to play the district meet as a freshman. She said her anxiety often starts to creep up in the days leading up to a big tournament, and that was the case this week — in large part because she wanted so badly to help her team advance to state.

But once she teed off at the first hole, that all went away.

“I’ve definitely started to try to calm my nerves and make sure to not overthink every single shot,” Marriott said. “I just tried to hit the best shot I could.”

With their team win, the Raiders qualified for the impromptu 5A state tournament that will be held at Pine Ridge Golf Club in Springfield next week. While that will not be an OSAA sanctioned meet, it is intended to draw the top three teams from each conference meet, as well as the top-seven individuals who did not finish on a top-three team.

Corvallis finished with a team score of 405 and placed third to also secure a spot at next week's tournament. Bailey Baker led the way with a 97 while Sydney Hoffman and Julia Eldon bith carded 99s. Bailee Espinola-Crampton had a 110 and Analeigh Sims a a 113.

Crescent Valley's Mercedes Marriott has been playing golf for less than two years.

Corvallis' Julia Weldon had a 99 to help the Spartans place third at the district tournament on Tuesday.