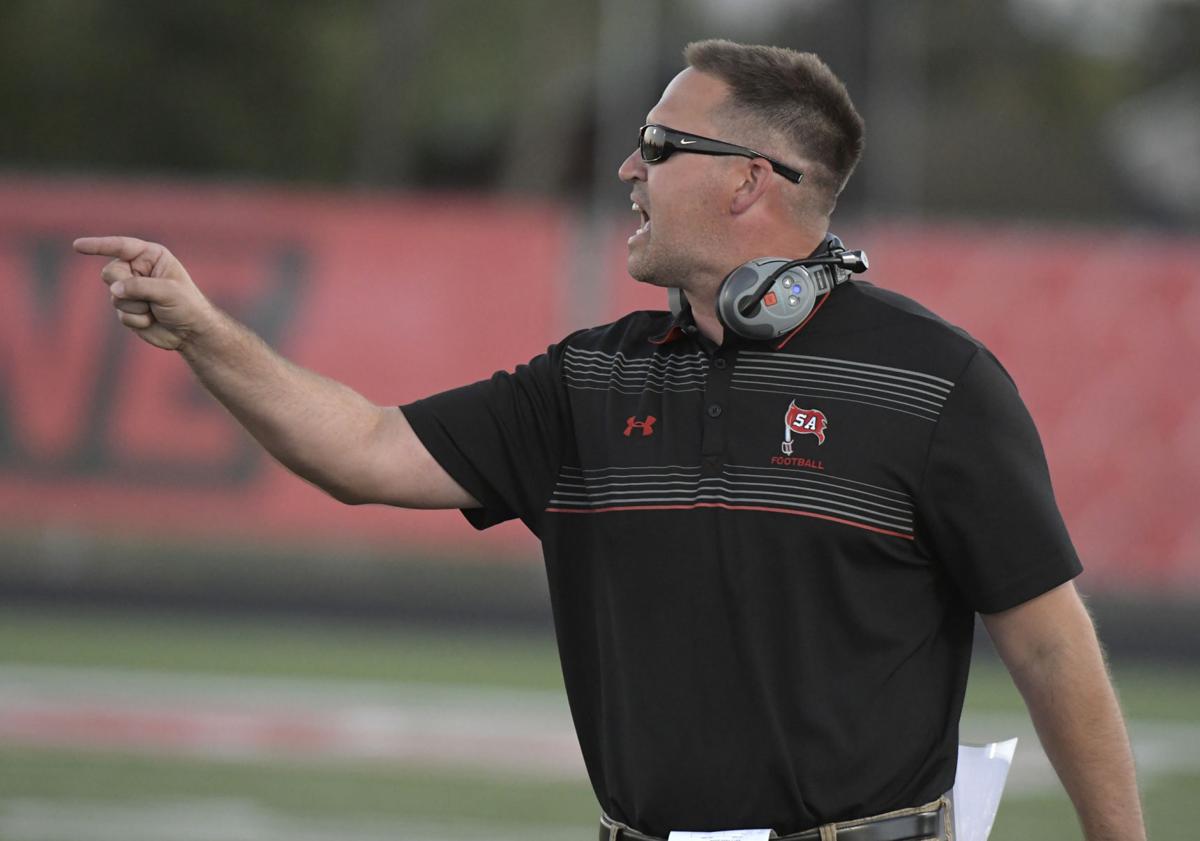 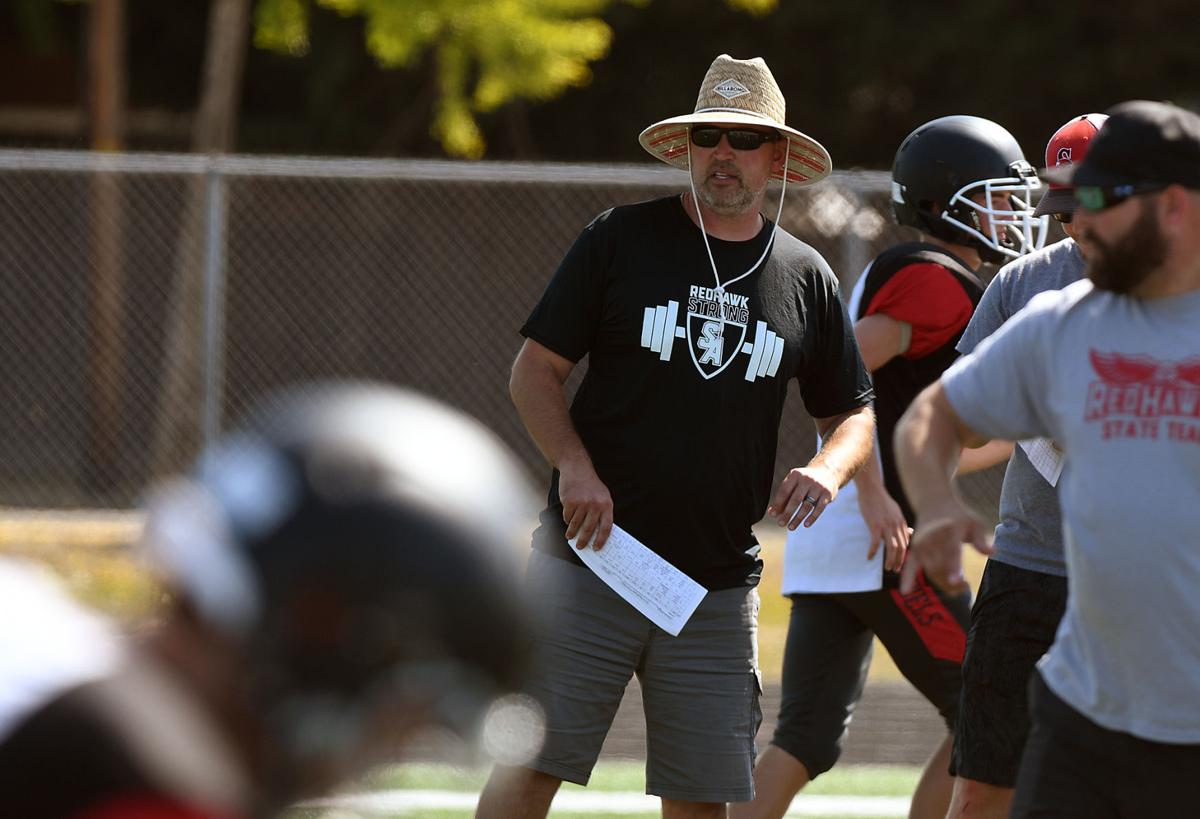 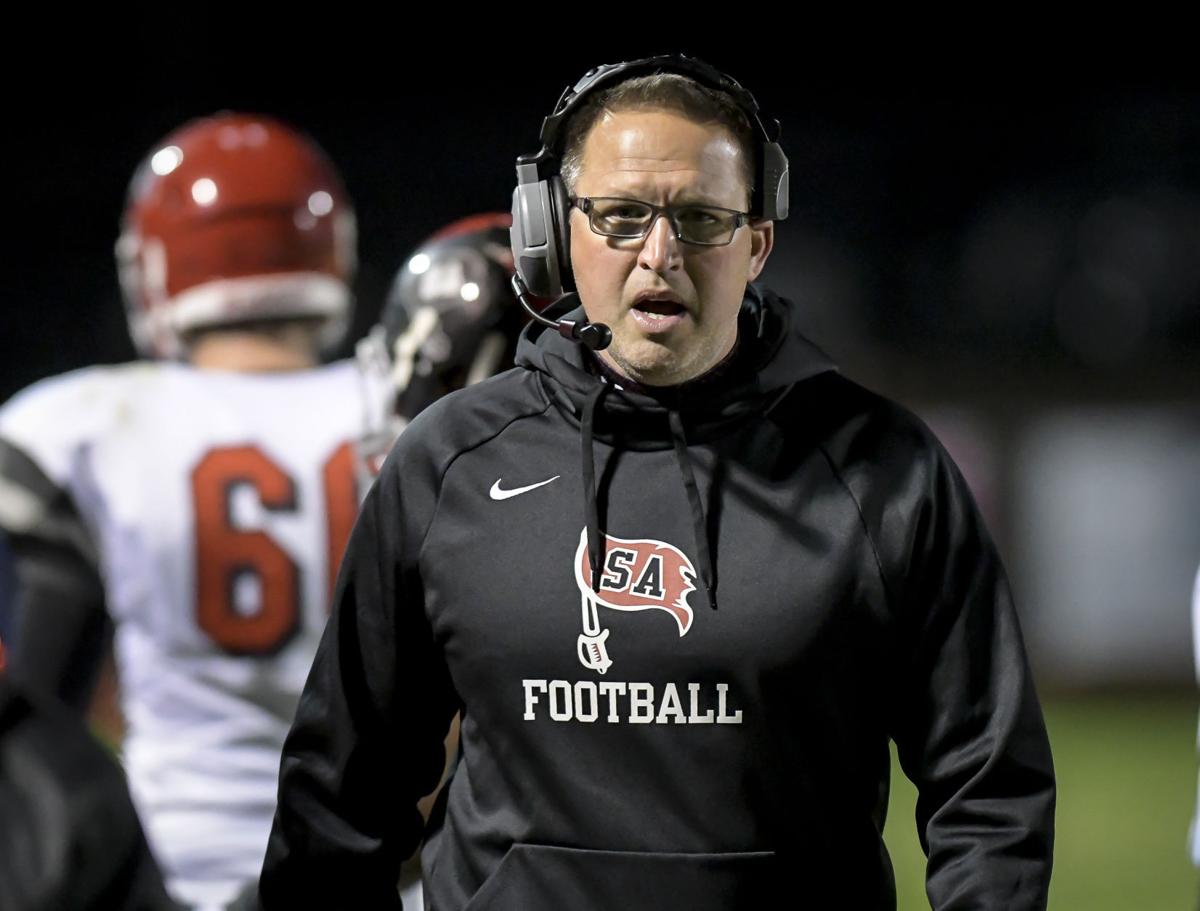 South Albany's David Younger was voted MWC co-coach of the year for the 2017 season.

David Younger has always been interested in what it would take to be a college football coach.

After a disappointing departure from his role as South Albany High’s head coach for seven seasons, he’s getting that chance.

Younger is in his third week of practices with Willamette University in Salem, working as a volunteer with linebackers and defensive backs under longtime friend and Bearcats head coach Isaac Parker.

“It was just the right fit for me right now,” said Younger, who turned down “a couple” head coaching positions at Portland-area high schools to stay closer to home in Albany. “It’s just been a blast. I’ve really enjoyed it.”

Younger will coach special teams when the season begins, which this school year is slated for early February with five exhibition games. The Northwest Conference, which includes Willamette, an NCAA Division III school, canceled the fall athletic season.

Younger didn’t want to make a long commute to Portland for at least the next year, and instead took an offer from Parker to join his program.

The two began as high school assistant coaches at about the same time, Younger under his father Rob at Sweet Home and Parker at South Salem. They would occasionally see each other during the year and bounce ideas off one another. It was at one of those usual meeting places, at a Portland football clinic this past spring, that Parker asked Younger about a spot on his staff.

“The one thing I’ve noticed is you don’t have to spend as much time teaching and re-teaching fundamentals and technique. All the kids come in with pretty good background knowledge … for their specific position,” Younger said, adding that he enjoys focusing on just one side of the ball compared to his previous prep duties.

The Bearcats recently hired Robert Tucker as their defensive coordinator. Tucker held the same position for the past three seasons at UC Davis, an FCS school in the Big Sky Conference.

Younger didn’t hesitate when Tucker asked him to help with the defense this fall. Being able to work with a coach who has Division I experience and pick his brain has been rewarding.

Tucker, a Willamette alum whose previous coaching stops included Boise State and Colorado, is implementing a defense he’s ran for years but one that’s unfamiliar to Younger, who has been coaching about two decades. Younger said it’s been fun to learn.

“The first two meetings we had I think we took 12 pages of notes,” he said.

Younger was an assistant at Sweet Home, his alma mater, for 10 years, an assistant at West Albany for two and the head coach at Harrisburg for one before taking over at South Albany in 2013.

During his tenure, South was 28-42 overall and 22-29 in Mid-Willamette Conference play. The school won league titles and made a state quarterfinal appearance in 2017. The RedHawks went 2-7 each of the past two seasons.

Younger, who continues to teach physical education and health at South, stepped away from his coaching duties in November because he thought it was best for the football program.

Nate Munoz, South’s principal at the time who has since moved on to the same position at Clackamas High School, told the newspaper in November that he didn’t know why Younger resigned.

“I got an ultimatum that I either needed to resign or I was going to get fired,” Younger said.

He said that it was his intense and sometimes vocal actions during games – and a desire not to change -- that led to the request.

“The passion that I have for football, it can rub people the wrong way sometimes. They see me on Friday nights … they see me on the sideline intense and focused. I wear my heart on my sleeve,” Younger said. “Sometimes you get asked to do things by your administration that aren’t who you are. I came to the realization that it wasn’t what I wanted to do. I didn’t want to resign,” especially with his son Kaden being an incoming sophomore in the program.

He looks back and wishes he hadn’t done some things on the sideline. But he still believes in backing his team, showing his players that he’s fighting for them and feels that part of him probably won’t ever change.

Younger said he had to resign because he didn’t want it to affect the assistant coaches and players. He’s proud of the work he and his staff did to develop the program. Leaving it was tough, but he says he’s thankful to have the opportunity at Willamette.

Jeff Louber, a South graduate and an assistant the past six years under Younger, is the school’s new head coach.

The injury bug hit the South Albany High football team hard after a 2-1 start in 2018.

South Albany's David Younger was voted MWC co-coach of the year for the 2017 season.