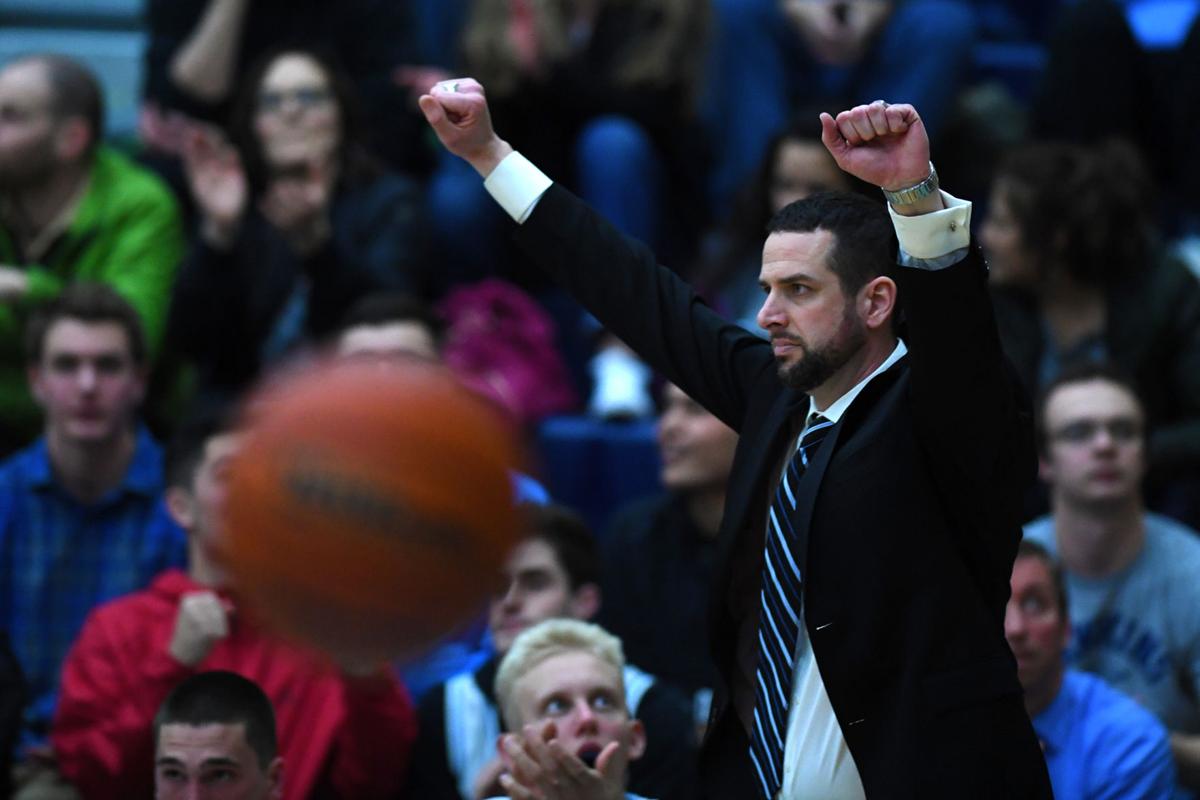 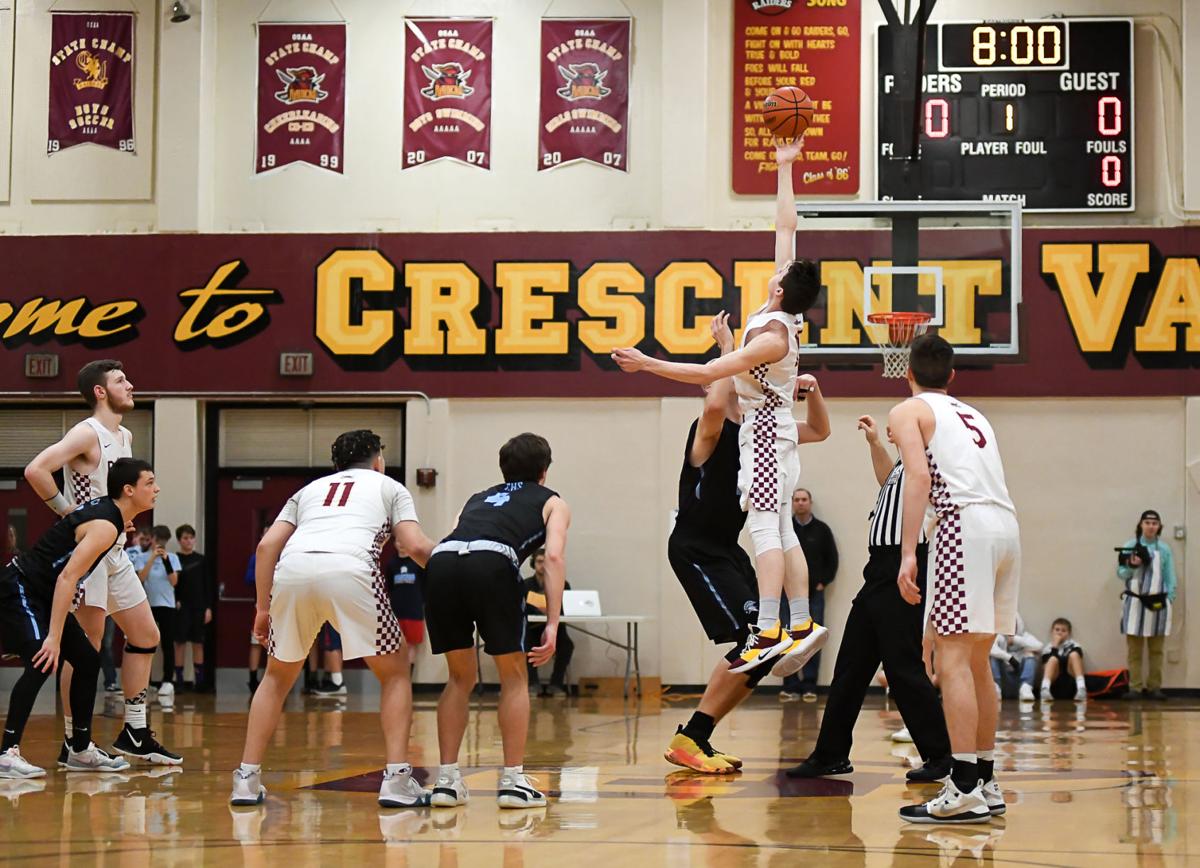 The Corvallis High boys basketball teams squares off with Crescent Valley at CV last January. The athletic directors at both schools agreed early in the summer that none of the athletes at either school would be allowed to start school-regulated workouts until July 1 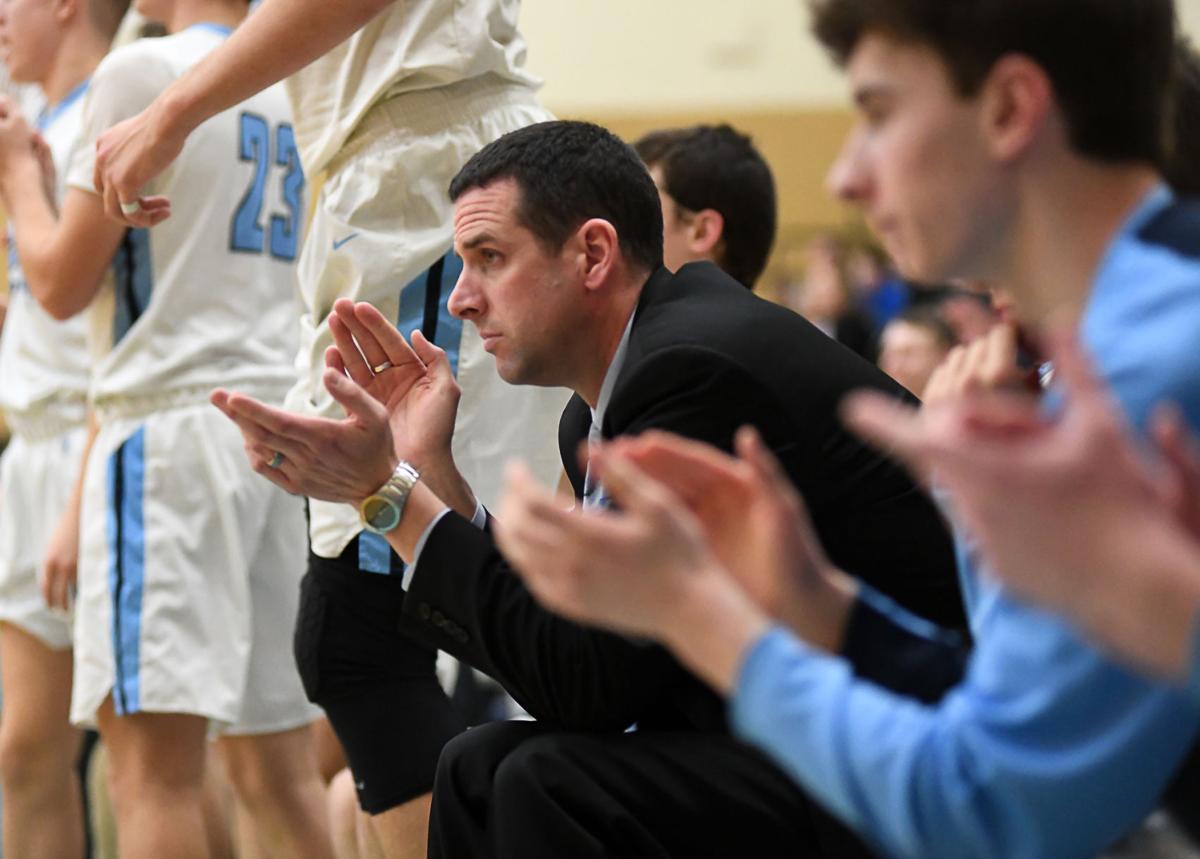 As coaches and players around the state search for creative ways to train through the limitations created by the COVID-19 pandemic, one local program has found a makeshift solution.

Ross Duerfeldt, the head boys basketball coach at Corvallis High, had nearly 40 players ready to show up to workouts when they resumed at the start of July. Due to state regulations, though, there is no practical way to get all of those players the gym time they want.

So, Duerfeldt developed a plan to make sure the players who want to work on their game have the chance to do so. It starts with a Google spreadsheet.

Simply put, every Monday, Wednesday and Friday morning, Duerdeldt will send out an email with a Google document attached that features nine sign-up slots for that day’s workout. Whichever players sign up first will be allowed to attend that day's workout.

“The first time he sent the sheet out, he shared it with me,” Corvallis athletic director Salvador Munoz said. “And I could tell as soon as kids got the email, they were jumping on there to get a slot. It’s good — they’re getting creative because that’s the only way they can keep going.”

Duerfeldt admits it isn’t a perfect solution; he knows there will be plenty of players each day hoping to get in the gym who won’t get the chance to do so.

But with the current limitations, it allows him to know which players will show up, and gives him time to reach out to other players if anybody removes their name from the spreadsheet. The Spartans graduated 12 seniors from last season’s varsity roster, and everyone from incoming freshman, to seniors-to-be are included on the email list.

“Let’s just say you’ve got 36 players and 12 kids at each level, but you can only have nine in today. That’s the bummer part to it,” Duerfeldt said. “But it’s the safest way to do it is just first come, first serve.”

When OSAA initially cleared schools to resume workouts this summer, the state allowed indoor gatherings of up to 50 people, which made it easy for most programs to accommodate all of their athletes that wanted to train.

But on July 13, Oregon Gov. Kate Brown announced new measures to combat the spread of COVID-19 in the state — including capping indoor gatherings at no more than 10 people. Per OSAA guidelines, schools must have athletes who are training indoors work in groups —or ‘pods’ — no greater than three.

So, that means no five-on-five, or even three-on-three for basketball players. But Duerfeldt said his players have been glad just for the chance to go through fundamental drills, and have created a competitive environment while still maintaining social distance.

“They’re very good at that. They’re still six feet apart, but they are holding each other accountable," Duerfeldt said. "They take it really well — it’s gone, in my eyes, pretty well for what we’re doing and what we’re able to do… Obviously they just want to play… But we’re going to maximize what we can with what we’ve got.”

Student-athletes at CHS have been going through workouts for a number of sports, and Munoz said he and Crescent Valley athletic director Mark Henderson reached an agreement early in the summer that none of the athletes at either school would be allowed to start school-regulated workouts until July 1.

OSAA allowed member schools to resume organized workouts June 26, but with so much uncertainty about the safety of students gathering in groups, Munoz and Henderson wanted to ensure that everyone in the district had a level playing field.

CHS is not requiring students to take a temperature test when they arrive for workouts, since that is not required by the state during phase two of Gov. Brown’s reopening plan. But students do go through a series of questions, and if there is any doubt as to whether they are fully healthy, they are immediately sent home.

“It’s a lot of work for the coaches and I feel bad,” Munoz said. “I told them, ‘I don’t know how I would handle it if I was coaching right now.’ It’s tough.”

The governing body of high school sports in Oregon provided a bit of clarity Wednesday to what the fall season will look like.

The Corvallis High boys basketball teams squares off with Crescent Valley at CV last January. The athletic directors at both schools agreed early in the summer that none of the athletes at either school would be allowed to start school-regulated workouts until July 1