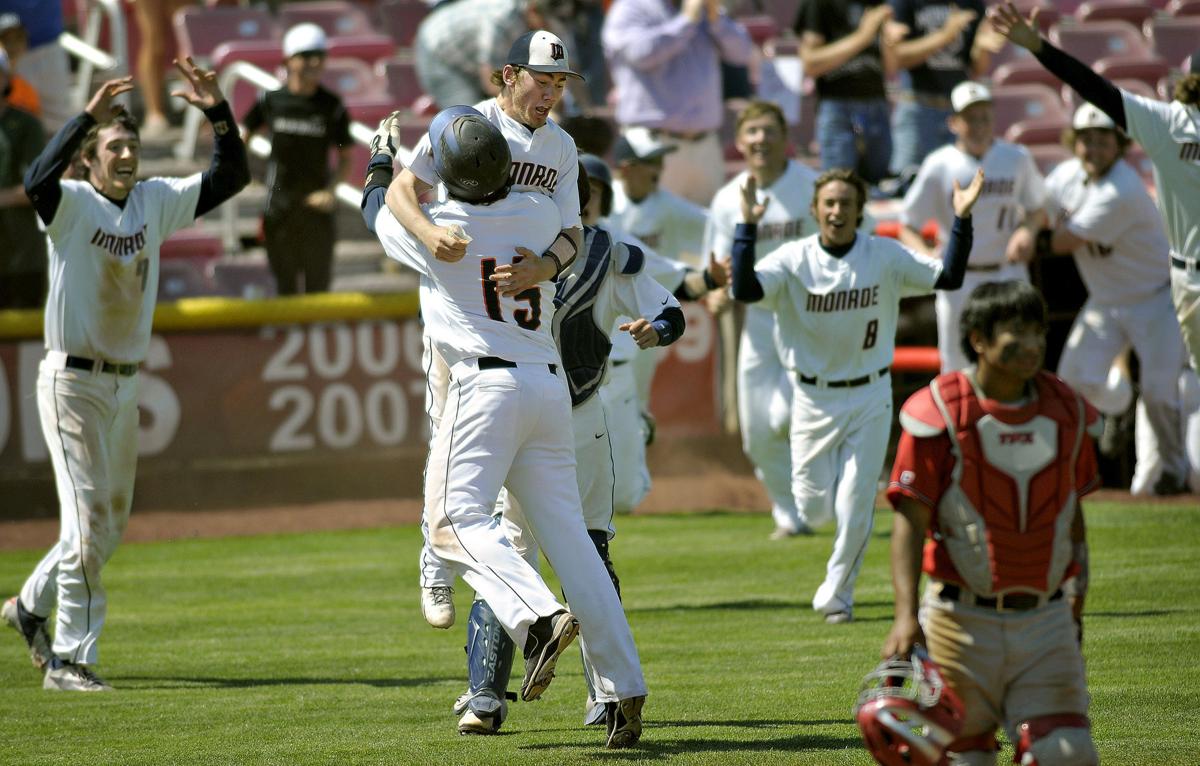 Monroe celebrates pinch-hitter Zach Gwillim's walk-off home run in the bottom of the seventh inning as the Dragons defeated Weston-McEwen 2-1 in the 2014 2A/1A baseball state championship game in Keizer. 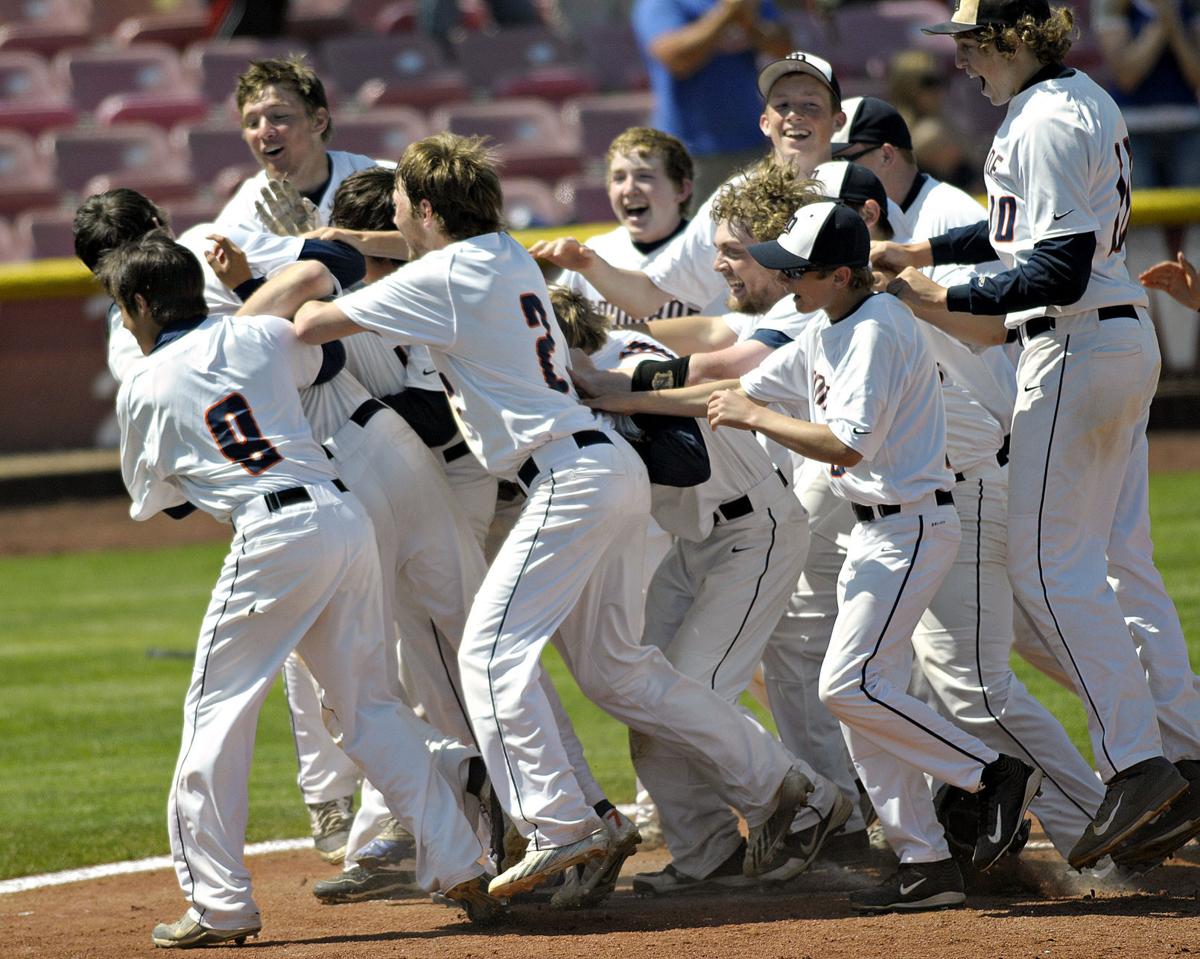 Monroe defeated Weston-McEwen 2-1 for the 2A/1A baseball state title in 2014.

Sophomore Zach Gwillim, primarily a junior varsity starter, had little impact or opportunity on the varsity team during the postseason run.

But that wasn’t the case in the state championship game against Weston-McEwen. With his team leading 1-0 late in the contest and teammate Adam Borycki scuffling at the plate that day, Gwillim was told to be ready to come off the bench to bat should the TigerScots tie it.

They did, and there was Gwillim with a bat in his hands with one out and none on in the bottom of the seventh inning, facing the biggest at-bat of his life.

The unlikely star sent a 1-1 pitch from Lance Thacker over the left-field fence at Keizer’s Volcanoes Stadium to give Monroe its third state title in school history with a 2-1 win. Gwillim later admitted he was nervous as he walked to the plate.

“So don’t get out,” he told himself. “Just breathing through, watching the pitch and praying to God that I hit it. He let me hit it.”

It was just the third home run of the season for the Dragons (27-5), who got a four-hit, complete-game performance from junior left-hander Austin Crowson, now in the Philadelphia Phillies organization. He finished with 11 strikeouts and one walk, all while dealing with a stomach illness that kept him out of Thursday’s practice and affected three teammates as well.

Monroe, which also had four hits, scored the game’s first run in the second inning.

Ben Renshaw lined a single just inside the third-base bag, went to second on a passed ball and scored on a throwing error on fellow senior Zach Hollenbeck’s grounder to shortstop.

Weston-McEwen tied the game in the top of the seventh with the help of a throwing error on a fielder’s choice that allowed a runner to score from second base. The TigerScots (22-6) had a runner at second with no outs but didn’t score again.

Borycki, a senior, struck out in what turned out to be the final two at-bats of his high school career. He said afterward he was “fine” with the coach’s decision to sub him from the game.

“Z’s a good kid. He’s been hitting it in practice. I was struggling a little bit today. So coach gave him a spot and he executed,” Borycki said. “It’s all for the team, so whatever coach thinks is best.”

Dragons coach Bill Crowson said not hearing a complaint from Borycki about the move was par for the course from a “pretty unselfish group of guys.”

Sophomore Joseph Ballard had Monroe’s two other hits in the game.

Just two of Monroe’s five losses came against 2A/1A opponents. League rival Toledo got the Dragons twice. The other defeats came to 4A and 3A opponents.

Monroe returned to the state title game in 2015 after winning 25 straight games to get there, falling 3-0 to Knappa.

The Dragons also won a baseball state championship in 1931 and then in 1991 under coach Steve Luby.

With no high school sports on tap, the sports staff of the Albany Democrat-Herald and Corvallis Gazette-Times is taking a look back at some of the top high school teams to win state championships over the past 10 school years (2010-2020). This feature will run each Friday into December.

Monroe celebrates pinch-hitter Zach Gwillim's walk-off home run in the bottom of the seventh inning as the Dragons defeated Weston-McEwen 2-1 in the 2014 2A/1A baseball state championship game in Keizer.

Monroe defeated Weston-McEwen 2-1 for the 2A/1A baseball state title in 2014.