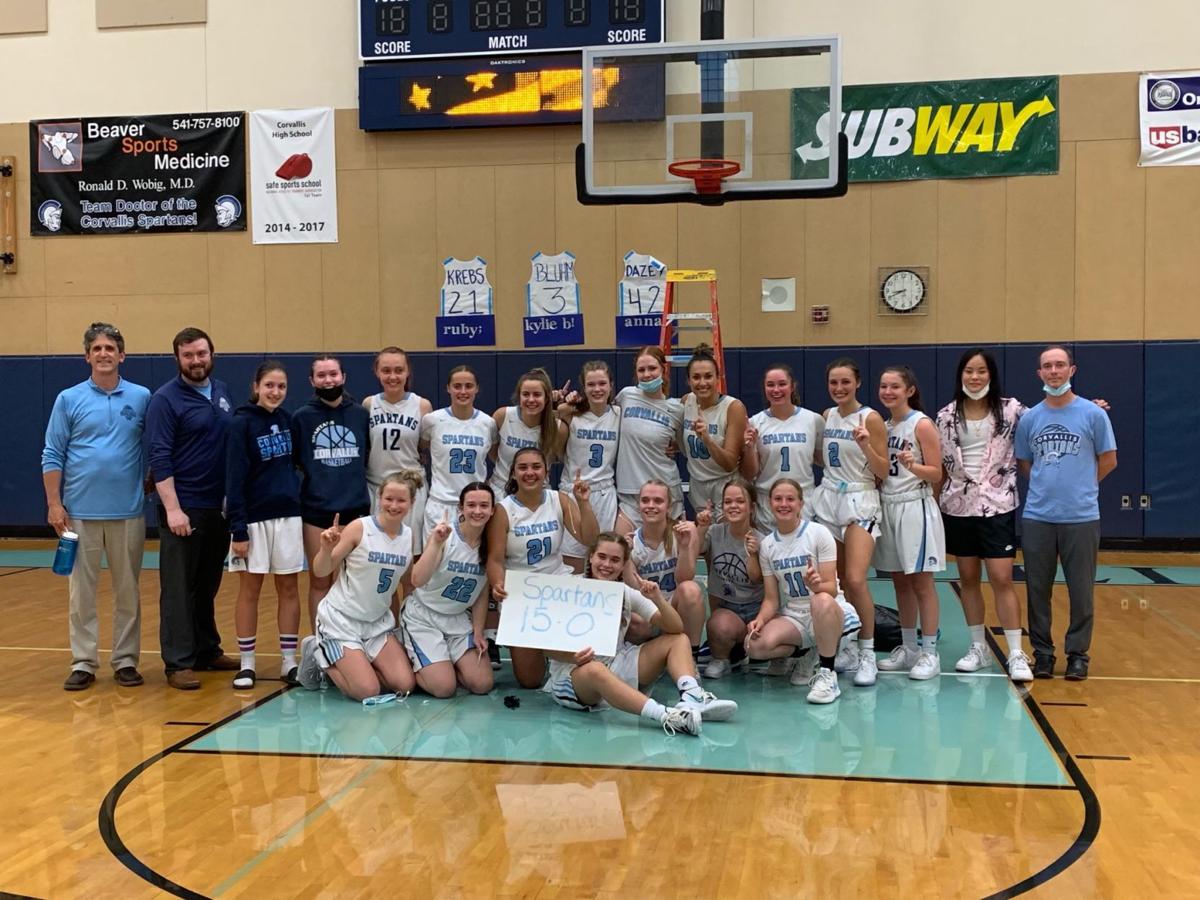 The Corvallis girls basketball team completed an undefeated season last week with a win over West Albany at home. 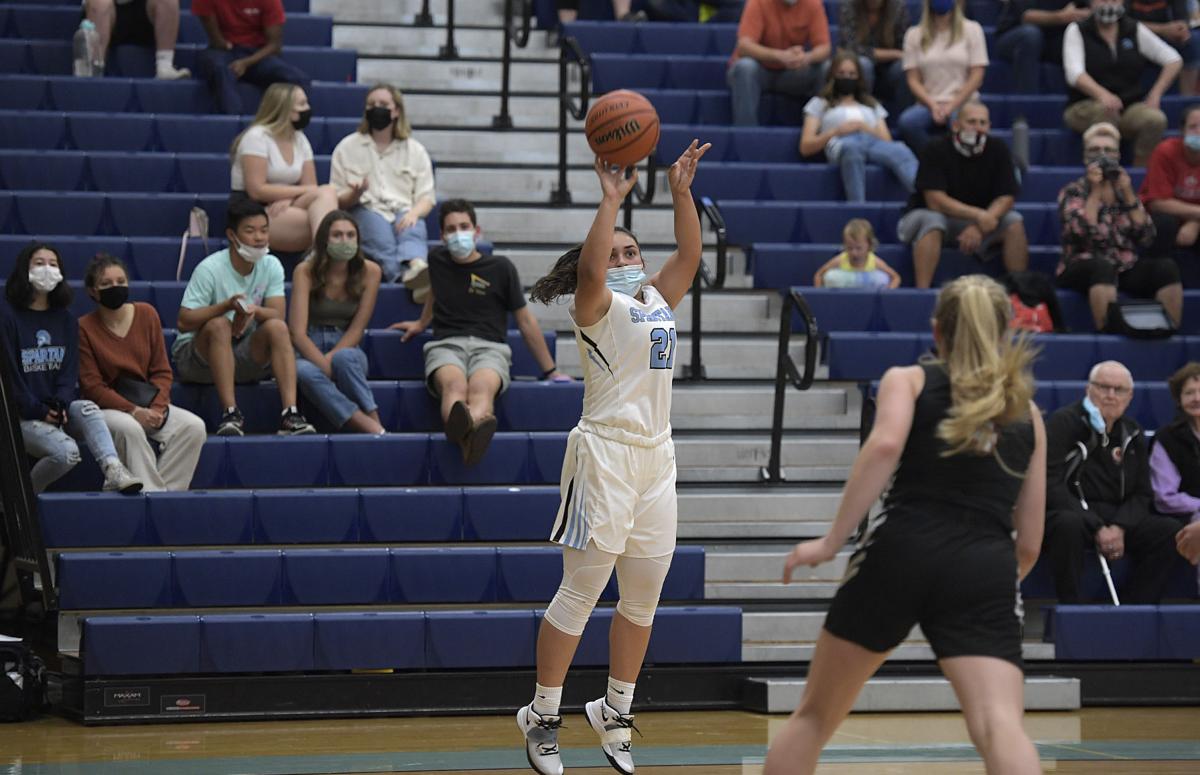 Corvallis' Ruby Krebs was the Spartans' second-leading scorer this spring. 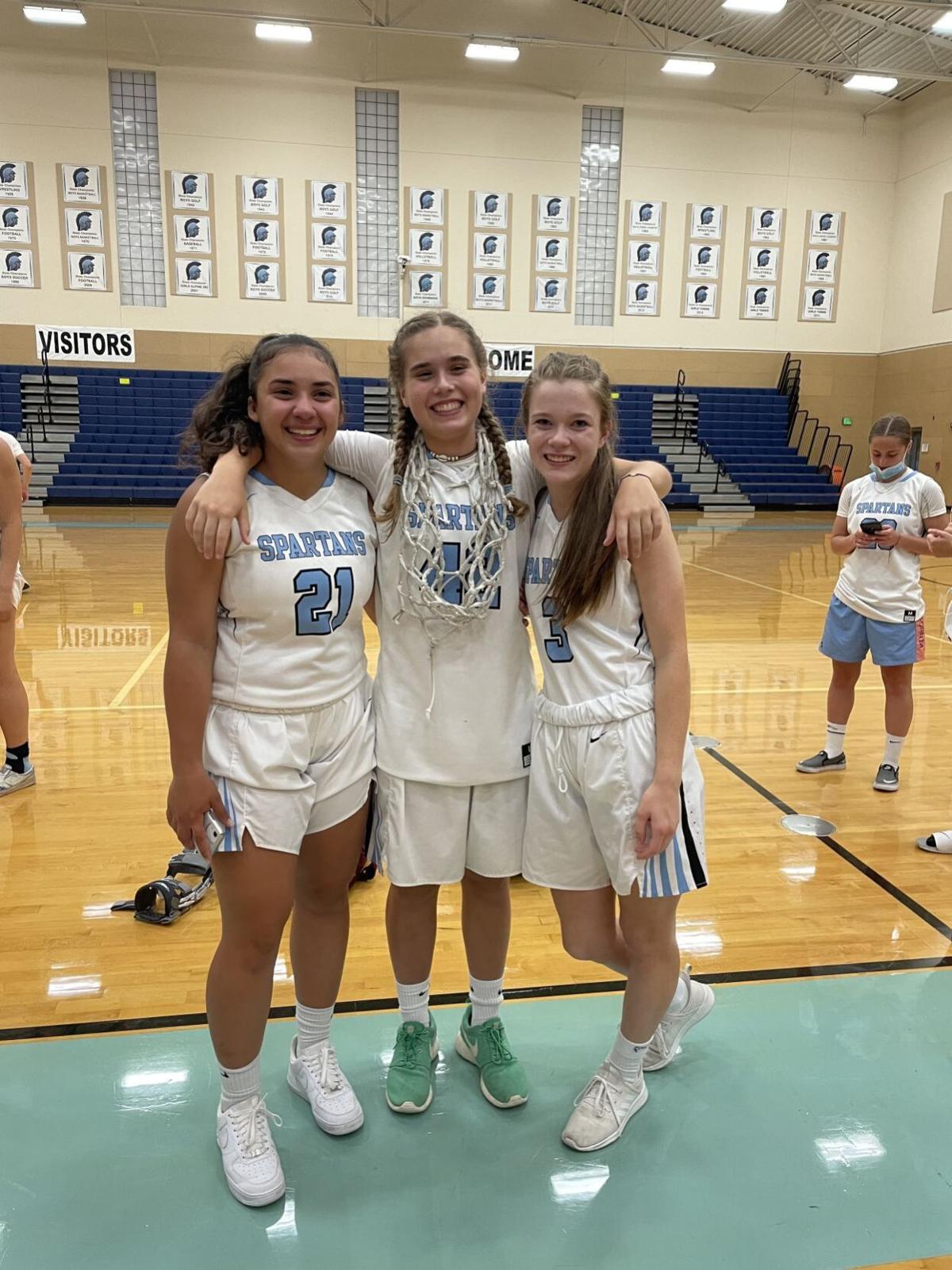 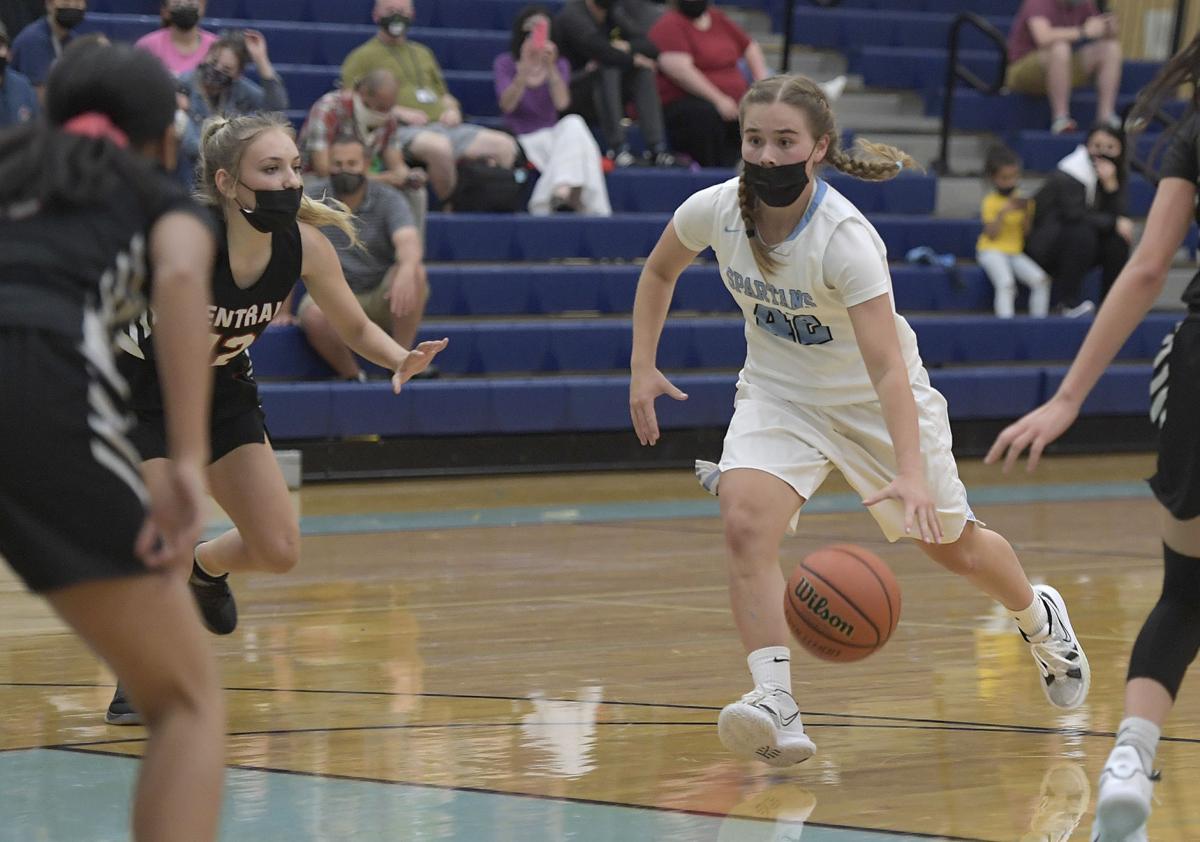 Corvallis' Anna Dazey was third-leading scorer for the Spartans during their 15-0 season this spring.

The Corvallis girls basketball team has accomplished something that very few teams can lay claim to: A perfect season.

The Spartans finished off a flawless 15-0 campaign last week with a victory over West Albany on their home floor, thus becoming the only team in 5A — and one of just eight teams in all of Oregon — to run the table in 2021.

Records around such things are difficult to track, but the Spartans are the first Corvallis girls basketball team to complete an undefeated season since at least 1976.

“I could say fantastic things about everybody on our team,” Corvallis coach Dan Miller said. “You don’t go 15-0 without everybody on the team, on the court, on the bench, in the program contributing in some way at some point. It’s a really special feeling.”

The season comes with the caveat that it was much shorter than typical and did not feature a state tournament. But those around the program do not believe those differences take away from the accomplishment, but rather make it even more significant because of all the pandemic-related obstacles they had to navigate.

The Spartans’ three seniors graduated in the middle of a basketball season, and the team had to juggle prom, summer jobs that started during the season, and fatigue from an extremely condensed sports calendar caused by the pandemic.

“I told the girls, ‘I’ve never been a part of anything like this,’” Miller said. "But it’s really a credit to them. They had to do the work. I think it would have been so easy for them to say, hey, this isn’t worth it. I’ve got other stuff that I want to do. They were still doing all the celebratory stuff that they should be doing at the end of their year, but then they were still coming to basketball and taking care of business.”

You need to look no further than the season scoring totals to find out what made the team so special and able to work through difficult moments; Corvallis’s scoring distribution was almost perfectly balanced and the Spartans never had to rely on one player to carry them.

The chemistry and cohesiveness that allowed the Spartans players to lean on one another game in and game out came from years and years of putting in hours together. Corvallis’s three seniors, as well as most of their juniors have been major contributors at the varsity level for the majority of their high school careers.

Those three seniors — Dazey, Krebs and Kylie Bluhm — have been playing sports together for as long as they can remember. During the 2020 season, the tight-knit group reached the state quarterfinals despite being one of the youngest teams at the tournament, and used that postseason experience to help build the foundation for this season’s success.

“This year didn’t just happen on its own,” Bluhm said. “I think everything that happened last year and how close we came last year, really helped us.”

The culmination was a 15-game sprint through the spring that ended with the players cutting down the nets after a 57-44 home win over West Albany in a non-sanctioned postseason tournament.

“That was my favorite moment of the season, because it just pulled it all together,” Dazey said of cutting the nets. “It was a great moment for everyone on the team.”

There were plenty of other significant make-or-break moments through the season. Sophomore Ava Prechel buried a game-winning buzzer beater to give the Spartans a 51-48 win over Silverton in the second game of the campaign. It proved to be the only loss of the season for the Foxes, who went 11-1 and were the defending league champions coming into the spring.

In the final game of the regular season against West Salem, the Titans led by six with 80 seconds left in regulation. From there, Dazey drove to the basket and cut the lead to three with an and-one, Bluhm forced a West Salem travel with some tough defense at the other end, and Krebs then buried a 3 with 20 seconds to go to tie the game.

Corvallis won in overtime, and those three contributions in the most pivotal portion of the game typified what the Spartans’ trio of seniors meant to the team this season.

“That’s just the balance between the three of them,” Miller said. “They never needed to be the star player for us, but they were all the stars in their own role.”

Corvallis figures to be a 5A contender for the foreseeable future; Ava and Elka Prechel are two of the top scorers in the Mid-Willamette Conference and are slated to return for their junior and senior seasons. In total, the Spartans’ varsity roster featured four juniors and seven underclassmen.

All three of them ended their careers in historic fashion and mentioned the cutting of the nets after the season finale as one of the brightest moments of their prep careers.

“We’ve had conversations this year about how there’s really no such thing as the perfect player — you’re not going to make every shot you take,” Krebs said. “But we decided that together as a team, we could have a perfect season and we could put in the work and we could get better every single day. We had confidence and we just loved each other. I think that’s what brought our success together.”

There were plenty of times this season when South Albany coach Tim Matuszak had to remind Isaiah Gilliam that what he was doing wasn’t easy.

When Chad Lamer took over the Crescent Valley High wrestling program in the fall of 2014, the Raiders barely had a presence at the state tournament.

The Corvallis girls basketball team completed an undefeated season last week with a win over West Albany at home.

Corvallis' Ruby Krebs was the Spartans' second-leading scorer this spring.

Corvallis' Anna Dazey was third-leading scorer for the Spartans during their 15-0 season this spring.