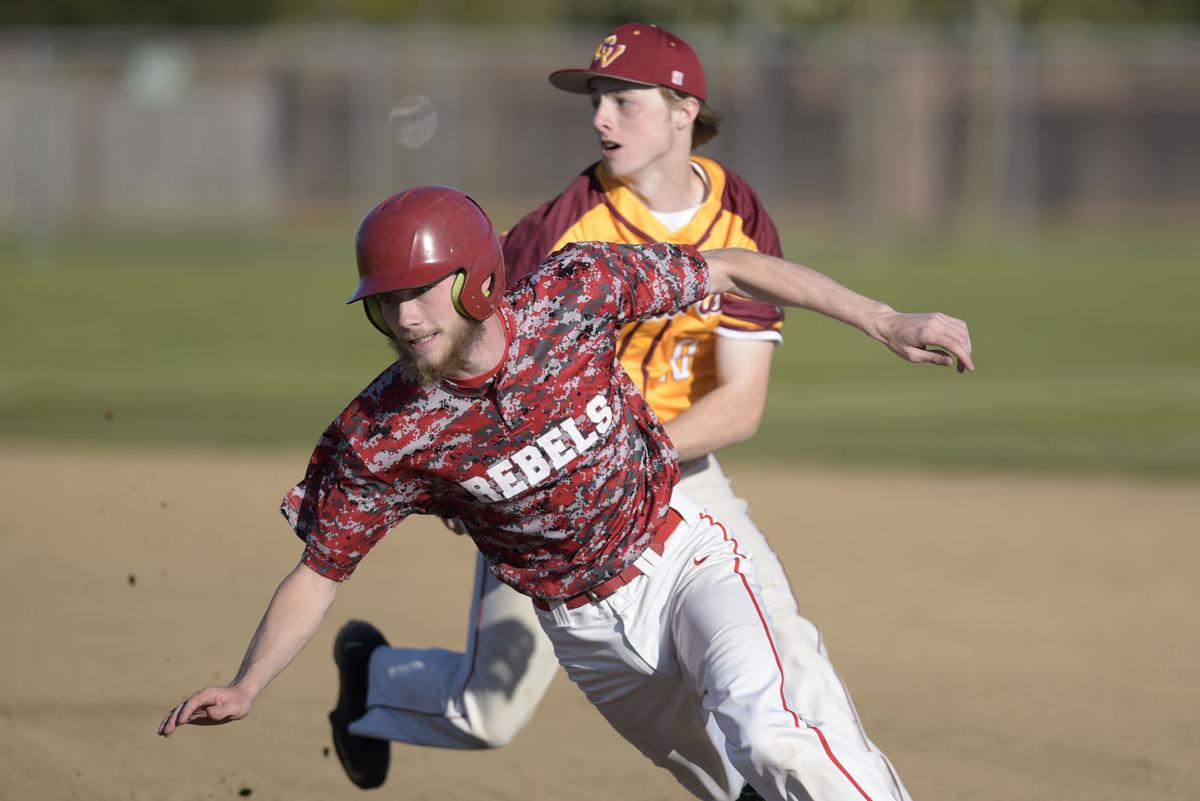 Crescent Valley’s Eric Seevers tags South Albany’s David Franklin near first base in the third inning on Friday. The Rebels fell to CV, 8-2. 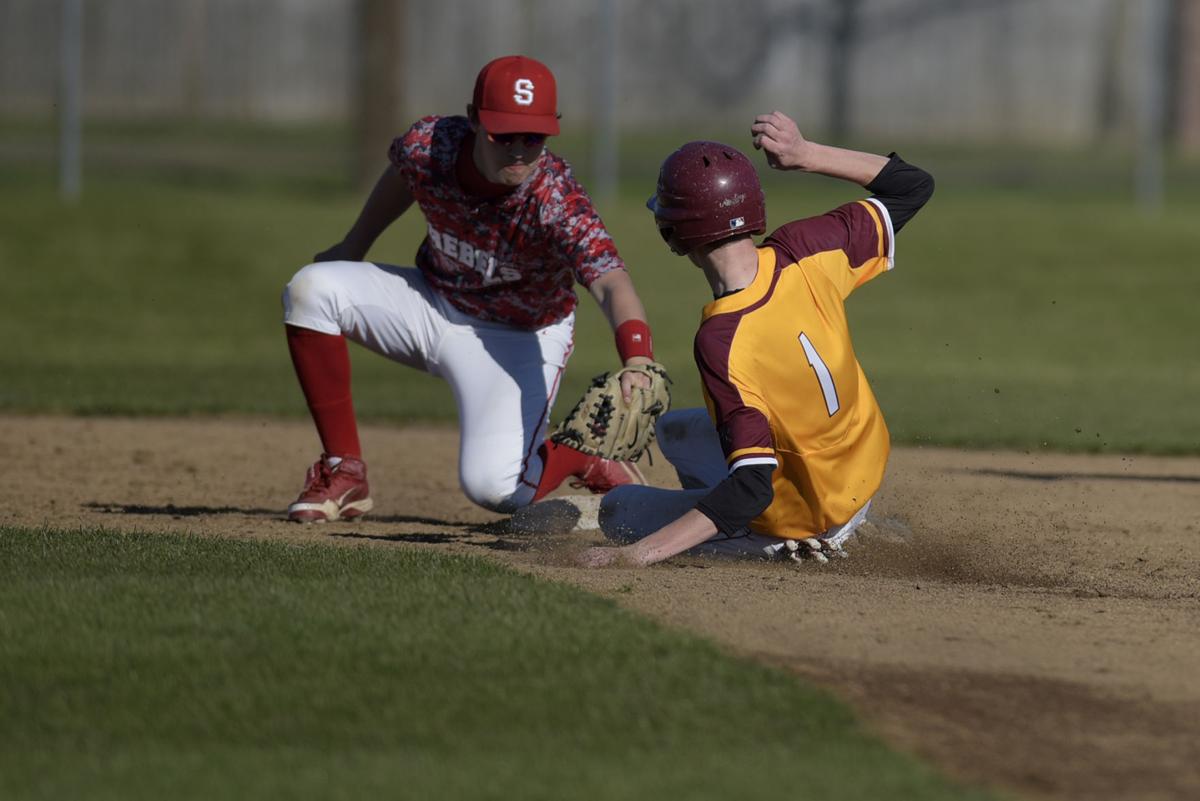 Scoring opportunities are dangerous to waste against quality teams.

South Albany had chances to put more pressure on visiting Crescent Valley on Friday afternoon. But some baserunning errors and failure to get clutch hits by the Rebels helped the visitors come away with an 8-2 win and sweep the Mid-Willamette Conference baseball series.

Three South pitchers walked 11 batters and the Rebels committed three errors, but coach Chad Angel said the focus was on the offense.

“I thought (CV) swung the bat pretty well and we just didn’t capitalize on some opportunities that we had,” he said. “We had a couple chances to break things open and we ran ourselves into some outs.”

The biggest potential breakthrough inning for South (0-7, 0-3) was the third.

Skyler Sadowsky led off with a low infield popup and reached base when the Raiders couldn’t control the ball for an out on a difficult play.

Landon Matta followed with a single to right-center and David Franklin then lined a single into right to load the bases. But Matta got caught leading too far off second for the first out.

Franklin then got caught in a pickoff trying to get to second for the second out.

Ryan Barnes singled to drive in a run and Cade Perrizo popped out to end the inning.

“We went from bases loaded with no outs and ended up with a guy on third with two outs,” Angel said. “So that’s always tough. But we did a nice job, the kids battled through and we got the run in. It would have been nice to get two or three in that situation.”

The Rebels had two runners on in the fifth following singles by Franklin and Perrizo — with Franklin going to third on a balk — but couldn’t get a run across.

Perrizo, South’s starting pitcher, walked the first two batters in the second, and one scored on a one-out Blaise Sims single to right.

The Rebels got one run back in the third, and the Raiders got one of their own in the top of the fourth.

South’s Ryan Thomas drove in a run in the fourth with a groundout after Will Vermilyea and Emilio Renteria both reached on errors.

Crescent Valley scored three times in the fifth with the help of two Rebel errors.

Garrett Miller came on in relief of Seth Cullison for the Rebels in the fifth and had just one run cross the plate with him on the mound in two-plus innings.

“I thought all of our guys threw well. Anderson hit that three-run homer in the first. Other than that we did a good job of working out of some jams defensively,” Angel said. “I don’t think we threw our best game my any means, but our defense played well and our pitchers battled and did what they needed to do for the most part.”

Crescent Valley’s Eric Seevers tags South Albany’s David Franklin near first base in the third inning on Friday. The Rebels fell to CV, 8-2.