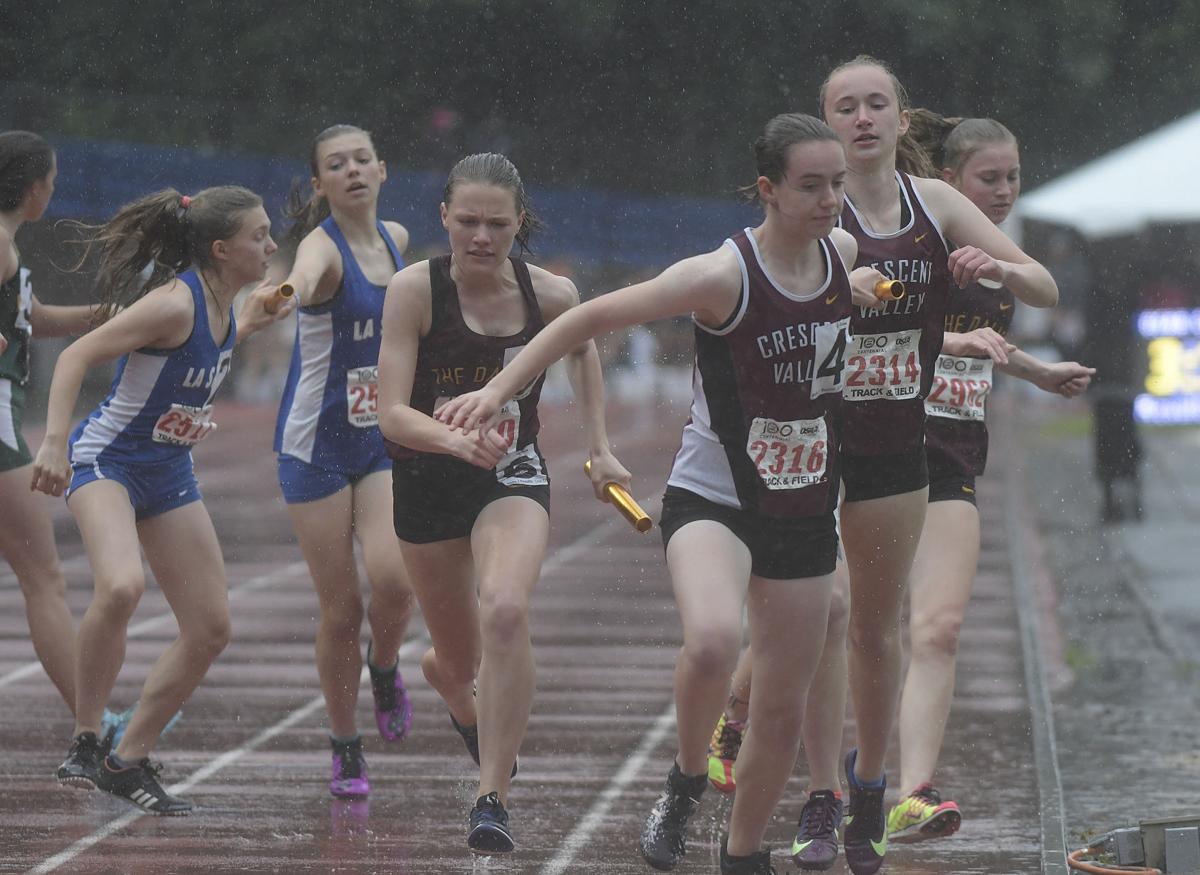 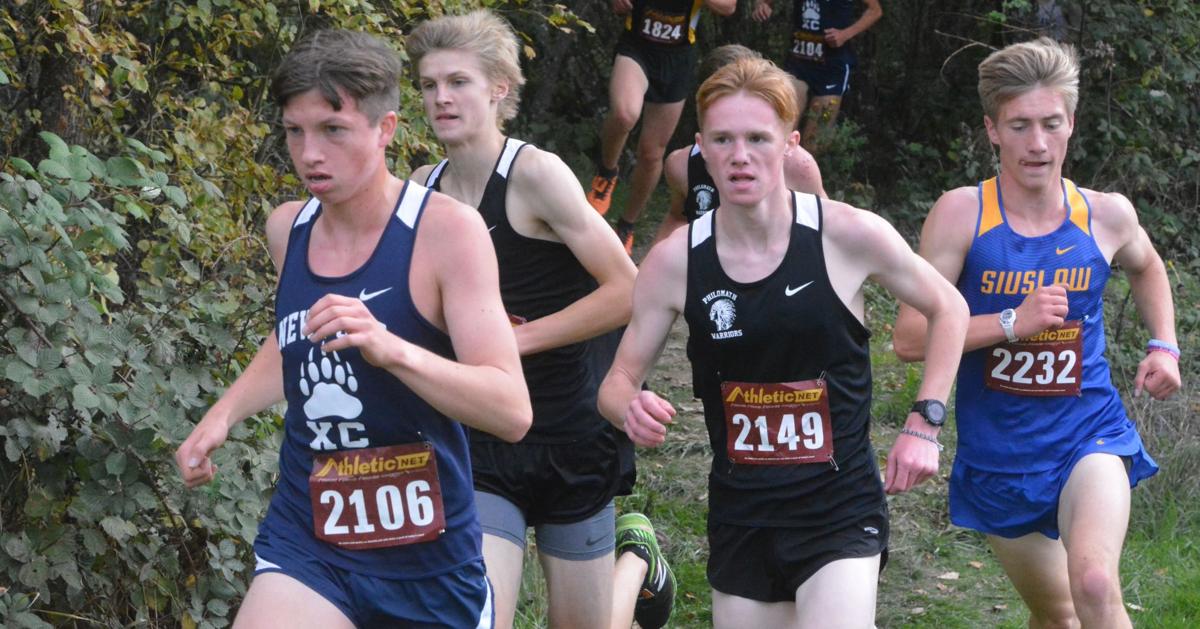 Philomath sophomore Brody Bushnell (No. 2149) ran the fastest 4A boys 800-meter time of the season Saturday at the Philomath Invite in 1 minute, 58.17 seconds.

There were 25 performances —15 boys and 10 girls — generated from the seven-team meet at the Clemens Field track that are ranked in the top five in the 4A classification this spring in results posted through Monday.

Philomath and Sweet Home, two of the schools competing, contributed in a big way to those times and marks. Cascade and Newport, two strong 4A squads, made significant contributions as well.

Sweet Home senior Tristan Calkins set the new 4A best in the boys long jump with a winning mark of 21 feet, ½ inch. He also ran the third-best 400-meter time (53.16) behind Philomath senior Sean Cummings, second on the season list and Saturday’s winner at 52.44.

Hellesto and Pittman have both run on Philomath’s two relays that are top-10 ranked in 4A this season.

Crescent Valley junior Ava McKee has had a strong start to the season.

As a freshman in 2019, she ran a personal-best 1:00.25, made the state meet and narrowly missed getting to the final after placing ninth in the preliminaries.

The name of Corvallis junior Sydney Soskis can be found all over the 5A girls season-best lists.

Bulldogs senior Aiden Paul extended his 5A season-best and personal-best shot put mark to 57-7½ last week in a home dual against Lebanon. He also leads the all-classification state list in the discus this season with the 180-3 he recorded in a club meet in late March.

Bourne is also ranked in the 3A season top 10 in the 1,500 and Ness in the high jump. Both ran legs on the Eagles’ ninth-ranked 4x400 relay. Teammate Jayden Christy is ranked third in the high jump at 6-2. All three are sophomores.

Area schools are represented well in the 2A boys season rankings.

What happens if the Suns do not have Chris Paul for the Western Conference Finals?

Is there any value in the National League East?

Is there any value in the National League East?

How do the Clippers adjust without Kawhi Leonard for Game 5?

How do the Clippers adjust without Kawhi Leonard for Game 5?

5A track and field preview: Stefan overcomes injury to qualify for season-ending meet

Philomath sophomore Brody Bushnell (No. 2149) ran the fastest 4A boys 800-meter time of the season Saturday at the Philomath Invite in 1 minute, 58.17 seconds.