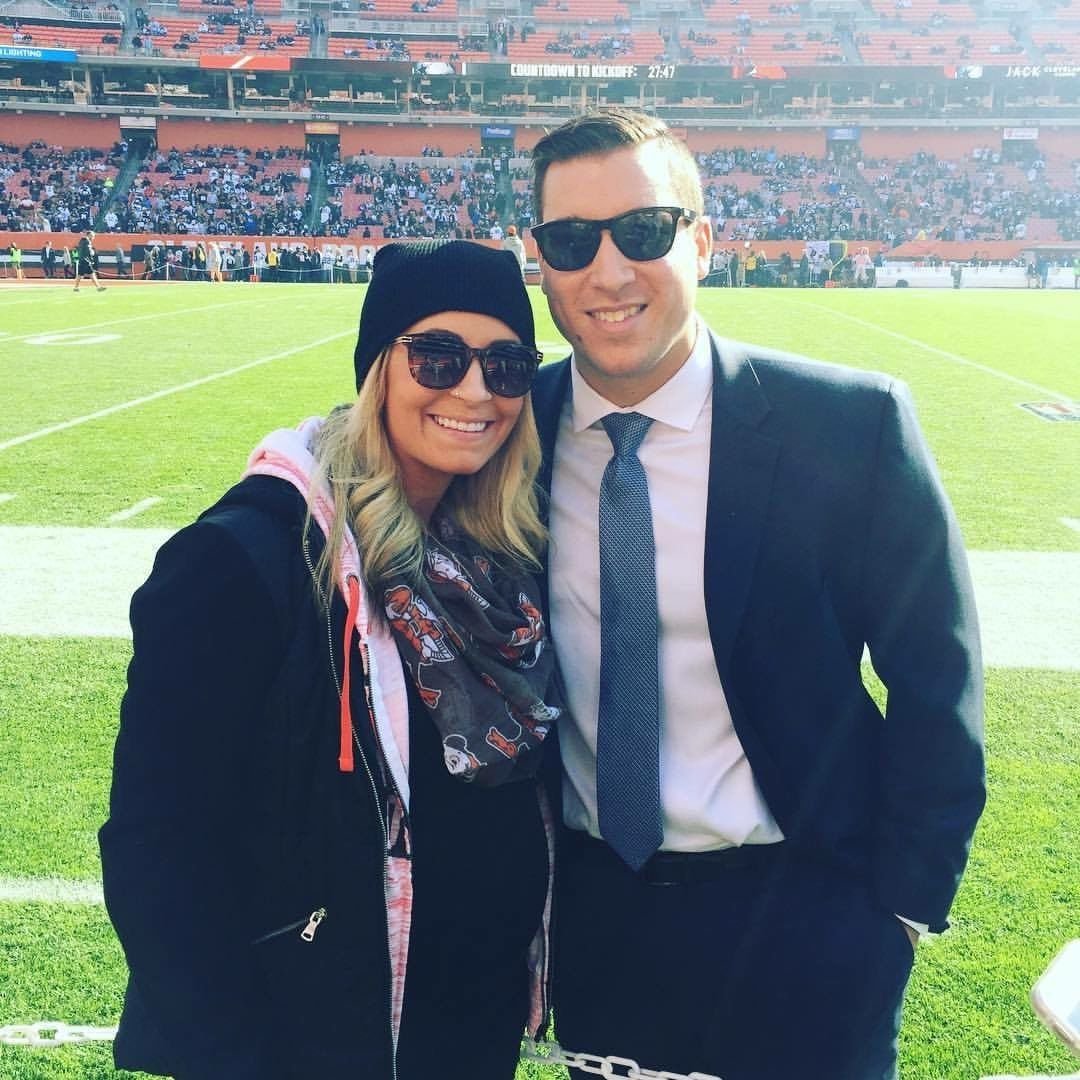 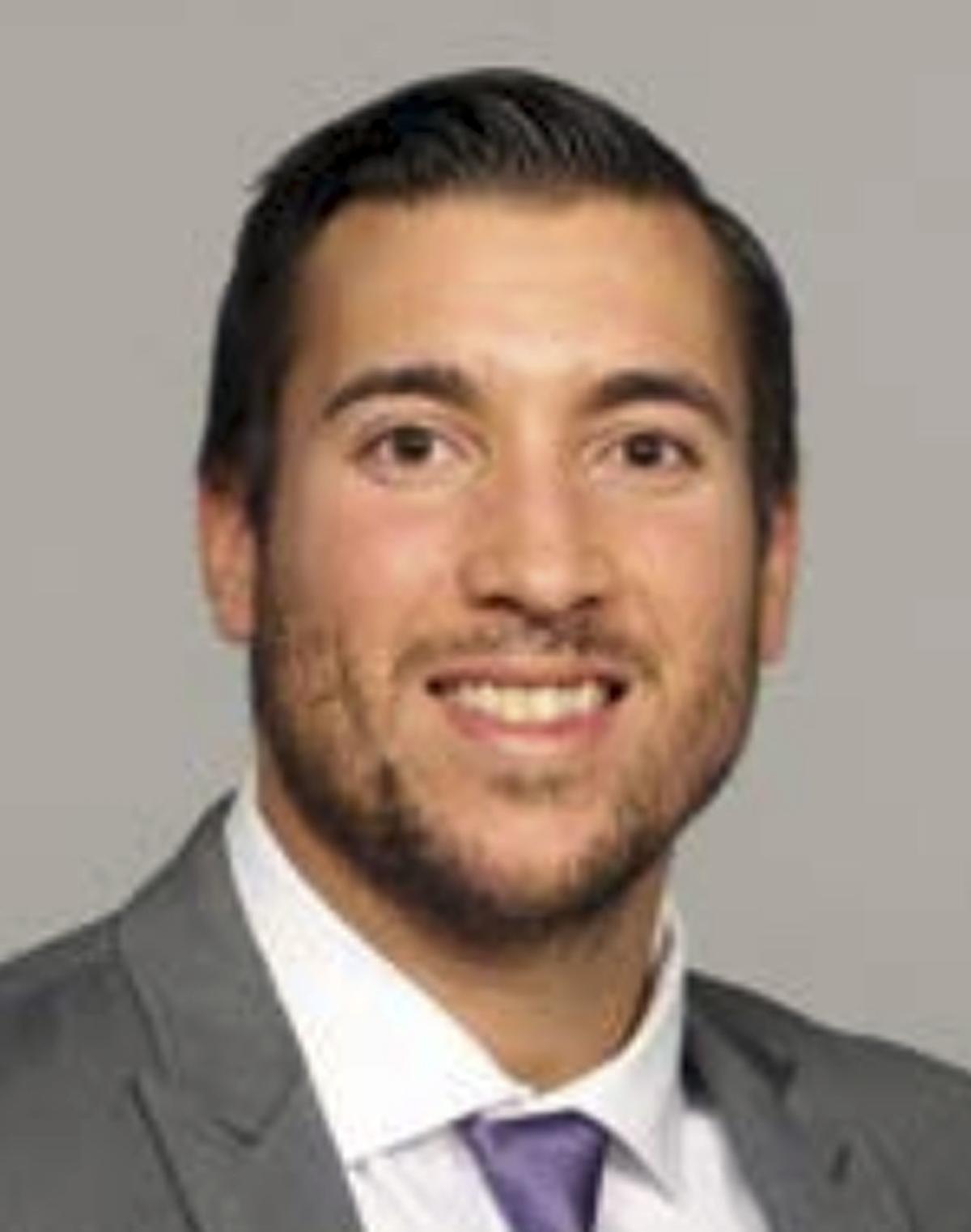 Football scouting is what Zach Ayers calls his “perfect fit” of a career.

Ayers played soccer first as a youngster growing up in Albany, but he moved on to football in middle school when that was offered.

He went on to also play basketball and baseball in high school, but his love of football won out.

“I get paid to watch football, so I can’t really complain about that. I always enjoyed the game,” Ayers said from his Albany home during a recent holiday break from the job. “My cousins were big football guys, so I kind of grew up around football. I wanted to follow their path and do something like that.”

Cousins Brad and AJ Lomax, both older than Ayers, played football at North Salem and Brad went on to coach on the Vikings’ football staff.

Ayers, 29, credits his knowledge and love of the game to everyone who has helped him along the way, including youth coaches Jerry Boehme, Tim Rediger, Dwayne Gardner and Paul Risinger and later Tony Matta at South Albany.

As he was finishing his degree at Western Oregon University, Ayers joined Brad Lomax on the North Salem football staff and later back at South Albany under Matta and then Bryce Erickson.

Dennis Erickson was an assistant coach at Utah for four seasons before retiring in late 2016. He’s been a resource for Ayers because the state of Utah is within Ayers’ coverage area in a region that includes nine states.

“He’s introduced me to a lot of people and he’s been great,” Ayers said. “Dennis has been awesome. Obviously just to pick his brain, and all the experience and history he’s had of success, has been huge for me.”

Ayers knew he wanted to stay in sports when it came to choosing a career. He went to Western Oregon believing that path would be teaching and coaching. But it was during his junior year in Monmouth that he realized he wanted something different.

Ayers had a friend, Chad Magee, whose uncle, Monti Ossenfort, was a national scout for the New England Patriots. Ossenfort has since been elevated to the Patriots’ director of college scouting.

Ossenfort lived in Denver at the time, and Ayers spent about a week there with Magee to learn as much as he could about the scouting world.

Soon after, Ayers inquired with many teams about possible openings. He eventually made a connection in Dallas, and during his senior year at Western he was performing outside scouting projects breaking down film for the Browns, where his connection was hired.

Ayers did that for about 18 months before becoming a scouting assistant.

He called his time as an assistant — essentially an intern — “insane,” working 80 to 90 hours a week and doing whatever was asked of him when it came to scouting.

After a year he was promoted as an area scout and lived in Cleveland with his wife Sarah, also a South Albany grad, for two years covering the northeast region.

Their daughter Paxtyn was born in Cleveland in March 2017 about 10 days before Ayers learned he would be getting the West Coast job. The family moved to Albany and has been there ever since. Sarah is a dental hygienist in Albany.

“It’s been huge, because I’m on the road 200-plus days out of the year. To be around family has just been phenomenal,” Ayers said.

His busiest time of the year is between August and roughly Thanksgiving, when he’s traveling to college games and talking with anyone — coaches, teachers, family, academic advisors, etc. — who knows the players he’s evaluating.

“It’s identifying what we want for each position,” Ayers said. “Trying to find that within players, and some have it and some don’t. Every team views players differently, and that’s with the draft as well.”

One of the Browns’ eight regional scouts, Ayers took his own route to the professional ranks. But there’s no set way to get there.

Some scouts are former coaches or players, while others never played football but are film junkies who relish that part of the process, he said.

Ayers has dreams of becoming an NFL general manager, though he understands that it's a long shot.

When he’s done with scouting, Ayers hopes to return to coaching, where he enjoyed his continual learning of the game and watching the players improve.

“The NFL’s (N)ot (F)or (L)ong. I’ve been there for six years, so hopefully we can keep it going. I’ve enjoyed my experience,” he said.

Ayers and the Browns organization saw positive results this past season.

After two years with a combined one win, Cleveland was 7-8-1 overall and 3-2-1 in the AFC North, including a victory against division winner Baltimore.

NFL Futures: Sleepers In the West

NFL Futures: Sleepers In the West