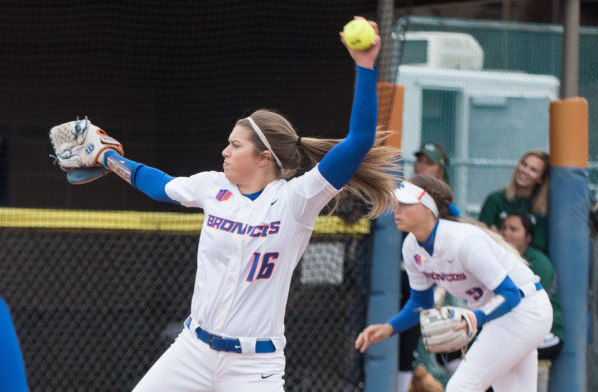 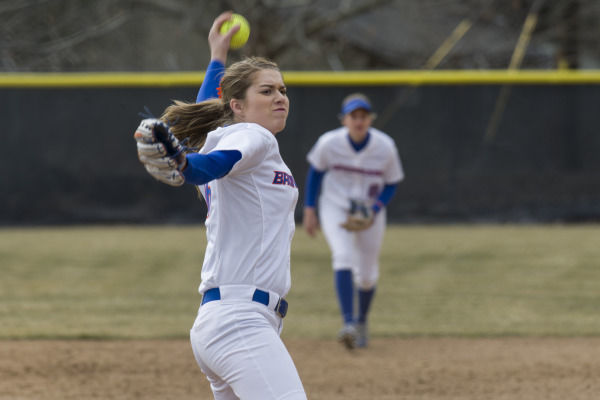 Kelsey Broadus had a 6-1 record and a 2.35 earned-run average this past season with Boise State. 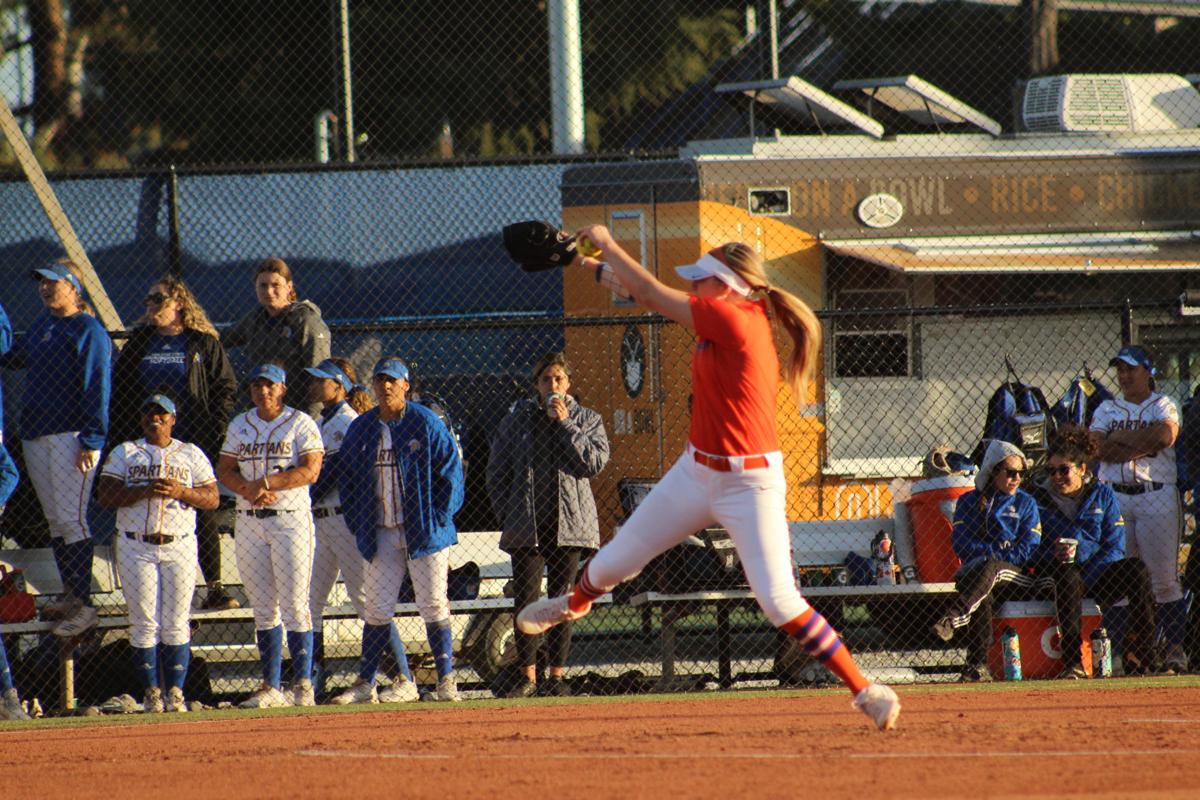 Kelsey Broadus chose Texas A&M from about 30 schools, including those in the Pac-12 and others in the SEC besides the Aggies.

A disappointing, abbreviated end to the college softball season had a silver lining for Kelsey Broadus.

The former West Albany High School standout and her Boise State team were in a difficult position after the NCAA announced that it was allowing seniors like Broadus to return for another year. With a new class coming in this fall, there just wasn’t going to be enough scholarship funding to go around.

“It’s hard when the NCAA asks a mid-major school to pay for the seniors coming back. It’s pretty much impossible,” said Broadus, a left-handed pitcher. “There are seven girls in my class and it’s really, really difficult for my coach.”

So, with a bachelor’s degree in marketing now in hand, she decided to make a fresh start and finish off her collegiate softball career at Texas A&M while pursuing a master’s degree in sports management.

The 2020 season was shaping up to possibly be the best so far individually for Broadus, the 2018 Mountain West Conference pitcher of the year, who had a 6-1 record with a 2.35 earned-run average. The Broncos were 14-11.

“It was really hard,” she said of the finality. “I’m honestly grateful that it happened because now I get a shot at the SEC and can even grow more and increase my pitching ability at Texas A&M.”

Changing schools meant entering the transfer portal. Maggie Huffaker, Boise State’s coach, warned Broadus of the onslaught of interested schools headed her way after she agreed to let coaches contact her, instead of the other way around.

Broadus, who heard from about 30 coaches in all, received emails in the first five minutes that her name was in the portal. Coaches from Pac-12 schools and others in the Southeastern Conference besides Texas A&M were among those that made contact.

“I talked to a lot of coaches and there were a lot of great offers,” she said. “It was overwhelming. I had to turn my phone off one day just because I was super overwhelmed and stressed. But at the end of the day I made the right decision.”

Broadus said in talking with the Aggies’ coaching staff it felt like home. With the addition of the university having the master’s path she was seeking, “it seems like a perfect fit for what I want to do.”

It wasn’t the first time her softball career has faced some hurdles.

Broadus missed her senior season at West Albany for what was later determined to be a fractured vertebrae, a pitching-related injury.

Her Albany doctors didn’t schedule an MRI because they had not diagnosed the injury as a broken back. Broadus didn’t learn what the ailment was until she got to Boise and had an MRI that summer, in 2016.

“I could have played probably if I had the correct recovery. It was really hard to grasp,” she said.

By October she was pitching a full bullpen session without pain, “which was just amazing, and it was all because of my trainers and doctors because they really knew what they were doing here. They put me on the right track for recovery.”

That led to Broadus’ first season at Boise State being a solid one. She went 7-2 and led the Broncos in ERA (2.99) and strikeouts (88) while starting eight games in 30 appearances overall.

Boise State won the Mountain West and played in the NCAA tournament for the first time. In addition to Broadus’ recognition, the Broncos had the conference’s player, coach and freshman of the year.

After going two-and-out in 2018, Boise State returned to the NCAA regionals and went 2-2, beating Stanford twice. Broadus collected both wins against the Cardinal and allowed no earned runs in two complete-game efforts.

That season, Broadus was 13-5 with a 2.96 ERA. She later received Mountain West all-academic honors for a third time.

It was a season that started with a new coaching staff and a transition for Broadus as previous head coach Cindy Ball-Malone was also the Broncos’ pitching coach. Broadus felt the change set her back as she adjusted to changes in pitching style and instruction.

“I felt like I could have done a better job of growing as a pitcher,” she said. “I still think I had room to improve. But for what I had, I made it work.”

After exhausting her eligibility at Texas A&M next spring, Broadus hopes to play professionally and see the world. Pursuing that goal will depend on how she feels physically at the end of the season.

When she’s done playing, Broadus could see herself in athletic administration, but she really wants to be a Division I college coach someday.

Many of her coaches have been her mentors and she has appreciated those relationships.

“All the coaches I’ve encountered, whether it was club or high school or even now, I admire what they do and I think it’s a dream job because they do what they love every single day,” Broadus said. “I love softball, too, so it just seems like, ‘why not?’”

Kelsey Broadus had a 6-1 record and a 2.35 earned-run average this past season with Boise State.

Kelsey Broadus chose Texas A&M from about 30 schools, including those in the Pac-12 and others in the SEC besides the Aggies.