AMES, Iowa — Jaren Holmes matched his season high with 23 points as No. 12 Iowa State held on to beat No. 5 Kansas State 80-76 on Tuesday night.

The Cyclones (15-4, 6-2 Big 12) moved into a three-way tie atop the conference standings with the Wildcats and Texas.

Caleb Grill's 3-pointer steadied the Cyclones and pushed the lead back to 63-59 with five minutes left.

Free throws by Osunniyi, Grill and Holmes sealed the victory in the final 24 seconds.

The first half featured eight lead changes and ended with Kansas State up 33-31.

A 3-pointer by Kalscheur ignited an early 9-0 run for the Cyclones and helped them build a 19-14 lead. Iowa State made just one of nine 3-point tries in the first 20 minutes.

Timmy Allen scored 17 points and Brock Cunningham scored 15 for Texas (17-3, 6-2 Big 12), which improved to 10-2 under interim head coach Rodney Terry. He took over the team in mid-December when Chris Beard was suspended and then fired three weeks later. That surge has the Longhorns in the thick of the Big 12 title chase.

NO. 11 TCU 79, OKLAHOMA 52: Mike Miles Jr. scored 23 points and host TCU led throughout in a victory over Oklahoma. The Horned Frogs followed up their 23-point win at then-No. 2 Kansas by scoring the game’s first 11 points back at home. Damion Baugh and Micah Peavy added 13 points for 16-4 TCU. Emanuel Miller 10 rebounds. C.J. Noland had 11 points for the 11-9 Sooners, who lost their third game in a row. TCU also scored the first 11 points after halftime to extend their lead to 55-27.

NO. 20 MIAMI 86, FLORIDA ST. 63: Nijel Pack and Isaiah Wong scored 18 points apiece as Miami cruised to a road victory over Florida State. Norchad Omier had 12 points and 11 rebounds for the Hurricanes (16-4, 7-3 Atlantic Coast Conference), who halted a nine-game slide to the Seminoles. Caleb Mills scored 12 points, the 12th straight game he has scored 10 or more points for Florida State (7-14, 5-5).

NO. 24 CLEMSON 72, GEORGIA TECH 51: PJ Hall scored 17 points and Brevin Galloway had 14 as host Clemson used a fast start to put away Georgia Tech to continue its surprising run atop the Atlantic Coast Conference. The Tigers are 9-1 and in first place midway through the league season. They were picked to finish 11th in the preseason. Instead, they came out quickly to take a 15-2 lead on the Yellow Jackets.

FORT LAUDERDALE, Fla. — The Miami Hurricanes have been one of college football’s poster children for name, image and likeness deals since the NCAA began allowing players to capitalize on their popularity in 2021, but one of the seismic moments in this new era of college sports happened farther to the north — though Miami could have been the epicenter. Blue-chip quarterback Jaden Rashada, a ...

Highly touted high school quarterback Jaden Rashada is moving on from Florida, a breakup that was weeks in the making and cost the Gators one of their most prized recruits.

ATHENS, Ga. — The father of the University of Georgia football player killed in a car accident early Sunday said he has no plans to sue the university. Devin Willock’s father, Dave Willock, told The Atlanta Journal-Constitution on Thursday that he is focusing only on his deceased son, who was 20, as the family plans a funeral in Athens for Saturday. He said he does not plan any legal action, ...

Deion Sanders continues to bring in highly-rated prospects to Colorado, on Thursday getting his first five-star recruit to commit to the Buffaloes.

ATHENS, Ga. — A late-night visit to a strip club preceded a car crash that killed a University of Georgia football player and an employee of the school’s football program, raising questions about boundaries between the program’s staff and its athletes. Surveillance video obtained by The Atlanta Journal-Constitution shows Georgia offensive linemen Warren McClendon and Devin Willock, along with ...

Cam Shelton banked in a go-ahead runner with 13 seconds left and Loyola Marymount snapped No. 6 Gonzaga's 75-game home winning streak with a 68-67 victory on Thursday night.

LAWRENCE, Kan. — Shahada Wells scored 17 points as No. 14 TCU beat No. 2 Kansas 83-60 on Saturday in one of the worst losses in Bill Self’s 20-year coaching career with the Jayhawks.

This Day in History: First Winter Olympics take place in the French Alps

This Day in History: First Winter Olympics take place in the French Alps 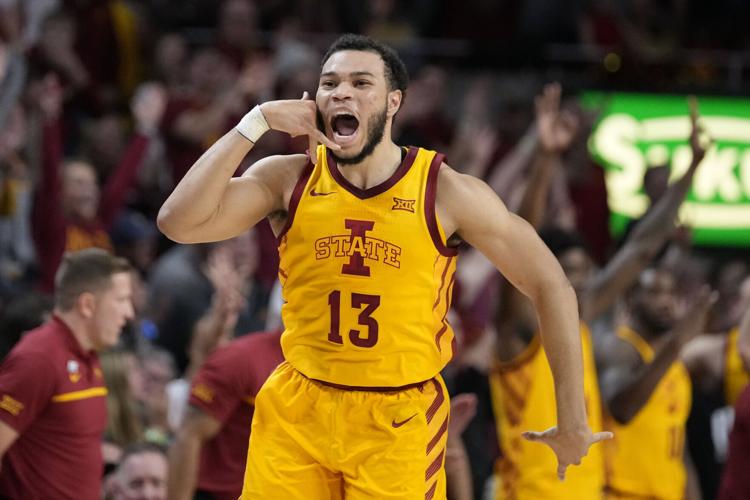 Iowa State guard Jaren Holmes celebrates after making a 3-point basket during the second half of Tuesday's game against Kansas State in Ames, Iowa. 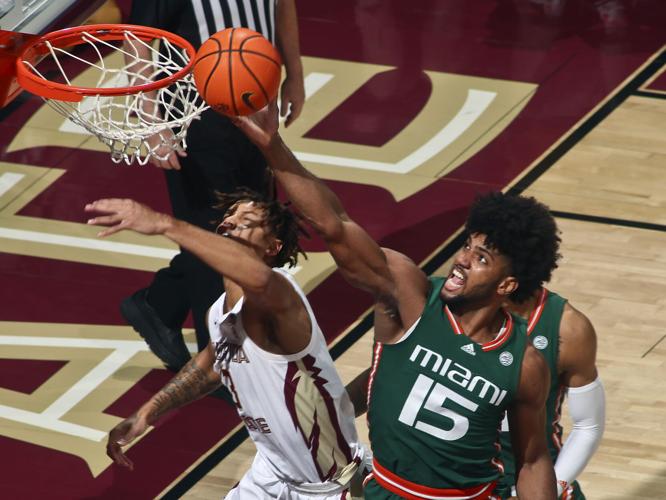 Miami forward Norchad Omier (15) gets a rebound over Florida State forward Cameron Corhen (3) in the first half of Tuesday's game in Tallahassee, Fla.