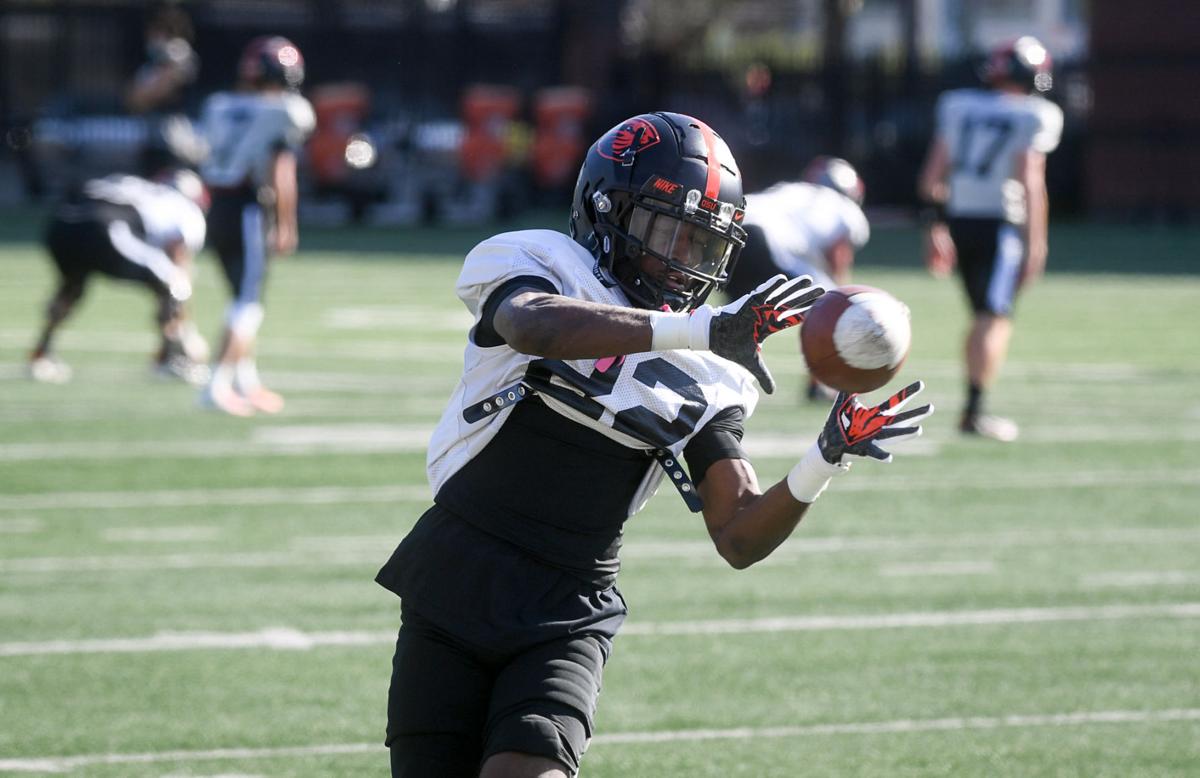 Silas Bolden is one of the few Oregon State wide receivers who have made it through the spring season completely healthy. 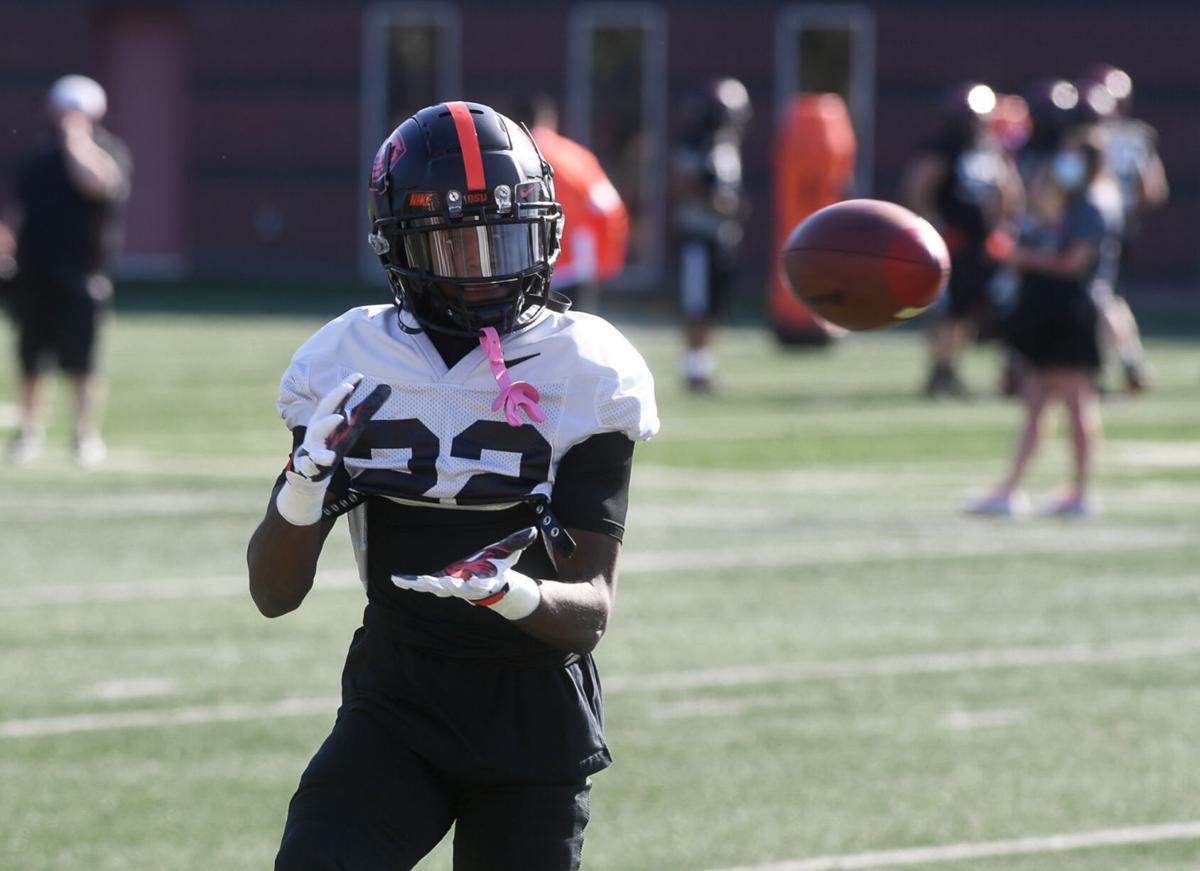 Freshman wide receiver Silas Bolden has had a breakout spring for the Beavers.

No Oregon State football player has made more of the spring season than Silas Bolden.

As someone who was on the periphery of a deep wide receiver group last season as a true freshman, Bolden spent his first year in Corvallis soaking in as much knowledge as possible and preparing.

Now, with the Beavers’ wide receiver corps decimated by injury this spring, he has emerged as an eye-catching playmaker who expects to push for playing time this fall.

“It’s been great — he’s gotten a ton of opportunities and a ton of reps,” Oregon State offensive coordinator Brian Lindgren said. “I’ve been really impressed and I know the offensive staff has been super impressed. That guy shows up with the ball in his hands a lot. He makes a lot of plays.”

For almost all of the five-week spring season, Bolden has been running with the first unit and looks every bit like he belongs. At 5-foot-8, 150 pounds, he doesn’t solve the Beavers’ glaring need for a traditional possession receiver, but he’s another interesting playmaking option who is electric in space.

A highly-touted recruit from Rancho Cucamonga High School in California, Bolden’s arrival may have been overshadowed by the bright 2020 campaign of fellow freshman receiver Zeriah Beason. But even though he did not see the field until the final game of the season, Bolden’s first campaign still proved to be immensely valuable in helping him learn to read the game.

“I think I’ve actually been able to see coverages now,” Bolden said. “When I first got up here, everything was kind of blurry. It wasn’t as clear. But now I kind of know what I’m doing with that. It’s been great so far.”

The younger brother of former Oregon State star and current Detroit Lions receiver Victor Bolden, Silas has leaned on his sibling for advice while making the leap to the college game.

“We talk every day,” Silas Bolden said. “He gives me pointers whenever we talk. Just a great mentor on and off the field. He’s someone I’ve always looked up to.”

With Tre’Shaun Harrison, Tyjon Lindsay, Trevon Bradford, Jesiah Irish, Anthony Gould, Trevor Pope and Makiya Tongue all sidelined with injuries during certain portions of this spring, Oregon State is so shorthanded at the position that it has contemplated holding its spring game in a non-traditional format because it may not have enough healthy receivers to outfit two teams.

That’s obviously bad news from a team-building standpoint. But it has allowed Bolden and a few others to put their talents on display in a way they typically might not get to do.

“I think Bolden has had a great camp,” coach Jonathan Smith said. “He’s had a lot of turns. He made a couple of great catches (Saturday). He’s benefited from that and taken advantage of that. It is what it is in regards to the injury piece, but it allows for opportunity and some guys to take advantage. Bolden definitely has.”

That often comes in the form of Bolden getting the ball on a bubble screen or a hitch route and then racking up yards after he makes a catch.

That type of playmaking ability will give Smith and his staff something to think about. Oregon State has eight or nine receivers who are talented enough to warrant consistent playing time in a Pac-12 offense. It could be a juggling act trying to get the ball in the hands of all of them.

But with Bolden, they may have a player who offers something entirely unique to anybody else in the receiver room.

“He’s got some elite speed,” Lindgren said. “I just think he’s a good football player. He understands the game. He understands spacing. It’s just been fun to watch him develop since he got here. I just think those reps that he’s gotten on account of those other guys being injured have been really good for him.”

How much better is the chemistry of Oregon State’s offensive line compared to where it was at last season?

For years, the Oregon State defense has been searching for ways to generate a more effective pass rush.

Silas Bolden is one of the few Oregon State wide receivers who have made it through the spring season completely healthy.

Freshman wide receiver Silas Bolden has had a breakout spring for the Beavers.