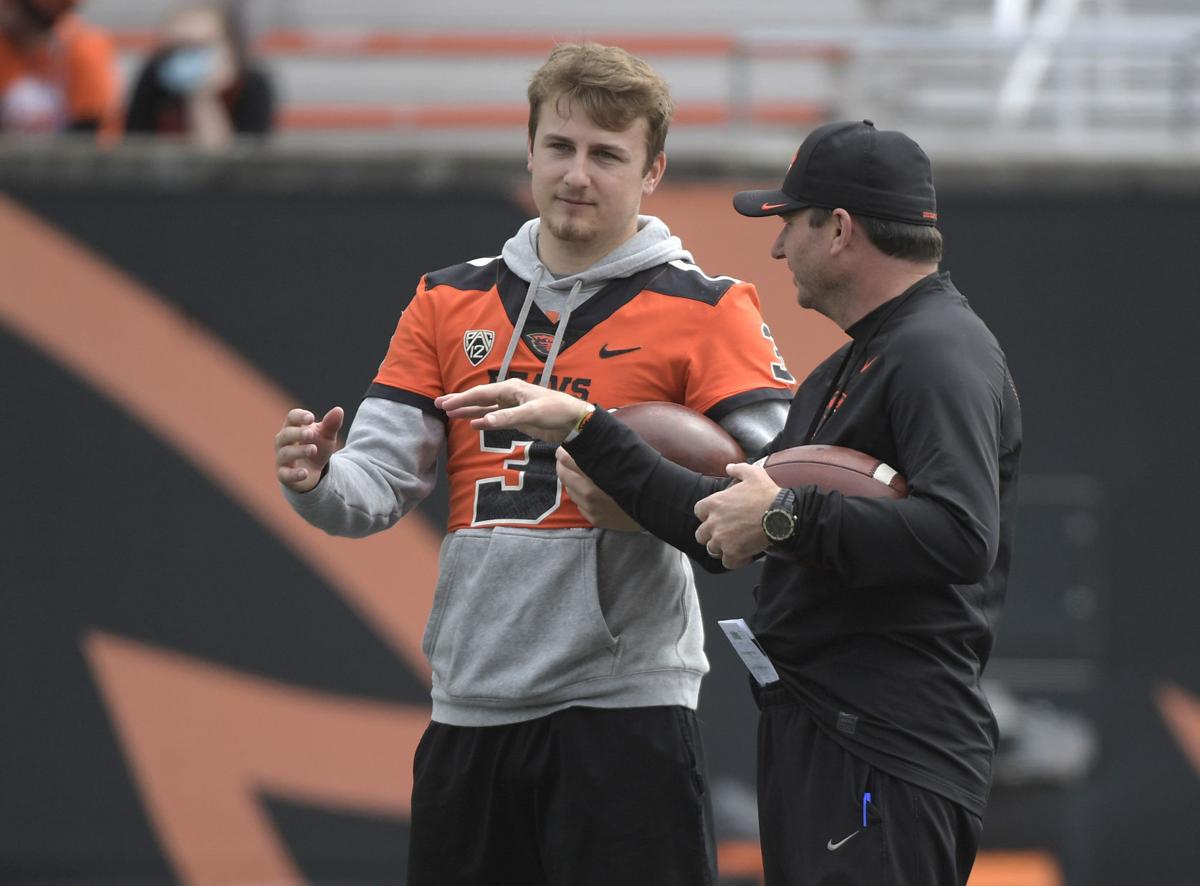 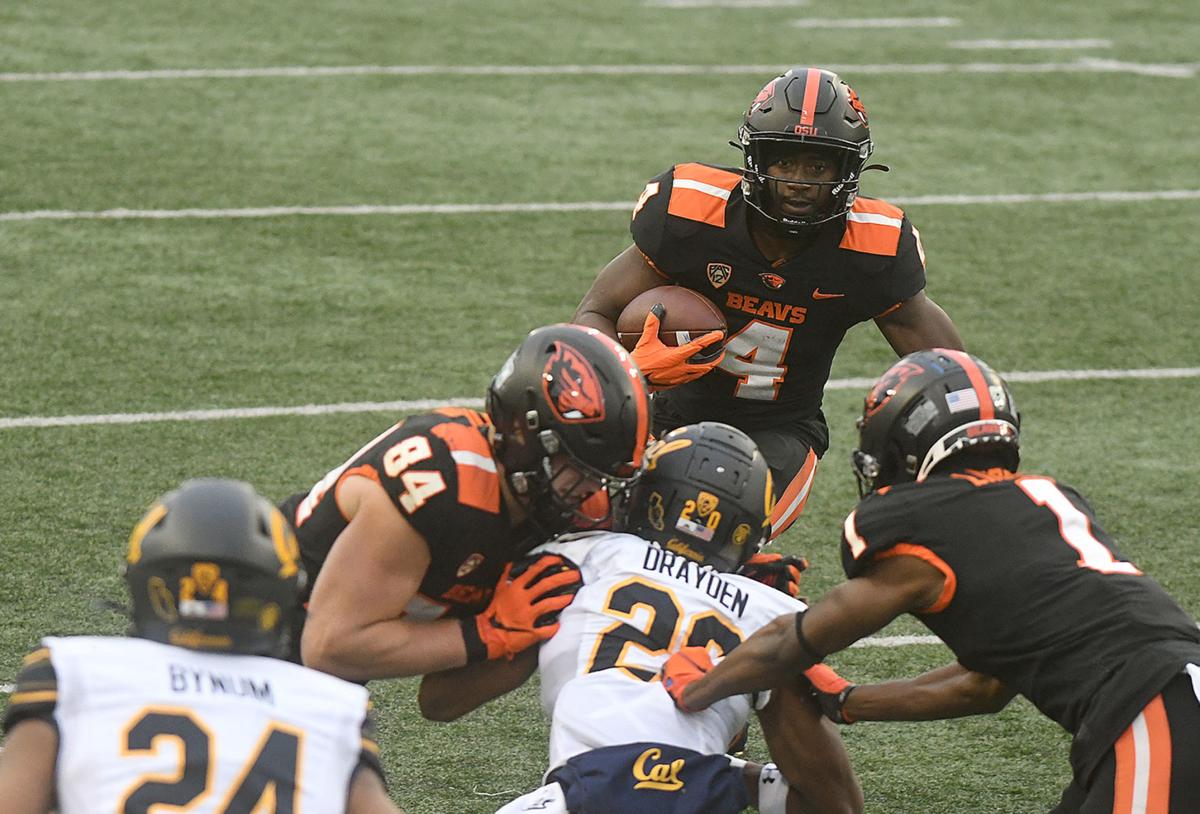 Oregon State running back B.J. Baylor rushes against California. Baylor is the projected starter for the Beavers coming out of the spring.

Oregon State wrapped up spring ball last weekend with its scrimmage at Reser Stadium and will now turn its attention toward preparing for fall camp.

The Beavers are a difficult squad to evaluate at present — in part because of the loss of a few key players, but also because of a plethora of injuries that kept many key players sidelined during the spring.

With that caveat, we are taking our best shot at predicting what Oregon State’s depth chart will look like once the roster is fully healthy.

Quarterback Tristan Gebbia and inside linebacker Avery Roberts were among the many Beavers who were sidelined this spring due to injuries. But coach Jonathan Smith said after the spring game that all players who are currently injured are expected to be healthy and cleared for full activity by the time fall camp rolls around, with the exception of long-snapper Dylan Black.

On defense, the prediction includes a nickel corner spot for the occasions when defensive coordinator Tim Tibesar opts for the 2-4-5 formation that the Beavers often deployed last season.

At tight end, Oregon State figures to run plenty of two tight end packages in order to get talented returners Teagan Quitoriano and Luke Musgrave on the field as often as possible. For that reason, they are both listed as starters on offense.

The Oregon State football team found a solution to its lack of depth along the interior defensive line on Friday.

Oregon State running back B.J. Baylor rushes against California. Baylor is the projected starter for the Beavers coming out of the spring.