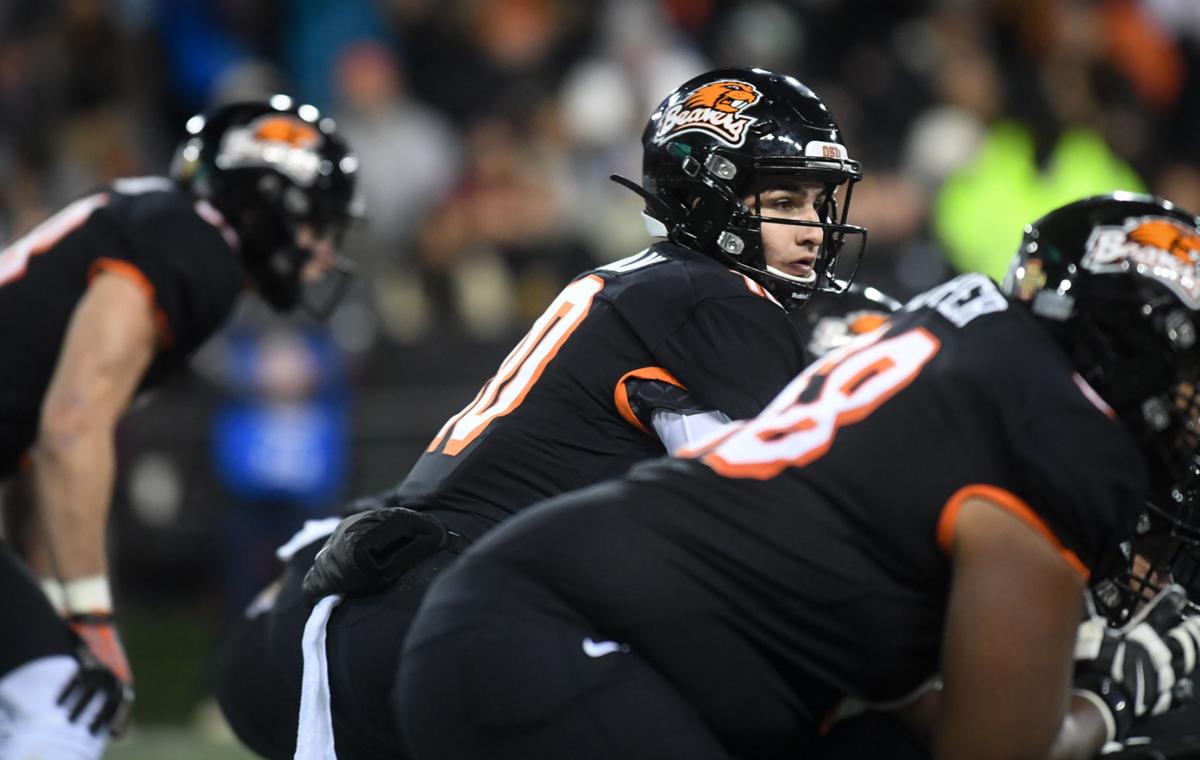 Oregon State quarterback Chance Nolan completed 31 of 43 passes with three touchdowns and no interceptions in the Beavers' last two games. He also rushed for two scores. 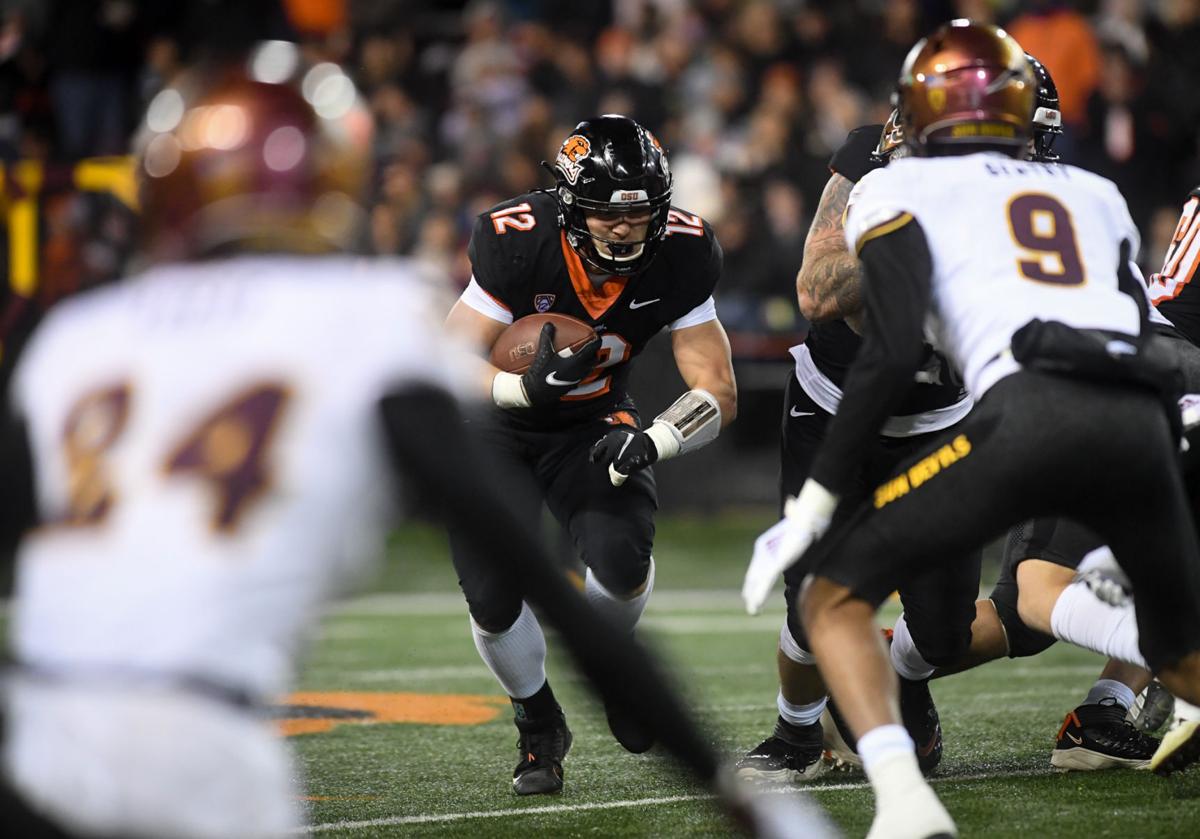 Jack Colletto's offensive role expanded against Arizona State, as he had a season-high six rushes for 57 yards.

Chance Nolan has filled his role the past two weeks, helping Oregon State football gain its bowl eligibility and then improve its postseason status in home wins against Stanford and Arizona State, respectively.

The redshirt sophomore quarterback’s play hasn’t been perfect, but he also hasn’t made plays that have hurt the team.

Nolan, in those two games, was a combined 31-of-43 passing for 367 yards and three touchdowns with no interceptions. He also rushed eight times for 30 yards with a touchdowns in each contest.

But that doesn’t mean the OSU staff isn’t looking for a little more from a quarterback who has now started 13 games in the program.

“I think he’s doing a good job of taking care of the ball and managing the game for us,” Oregon State offensive coordinator Brian Lindgren said. “I’d like to see him be a little bit more consistent and take advantage of a couple of those opportunities when we get them.”

Against Stanford, Lindgren said there were multiple chances for “explosive plays,” deeper passes down the field. Then versus Arizona State, there were third-and-medium conversions that weren’t completed because the quarterback and receivers weren’t on the same page.

Beavers running back B.J. Baylor says in practice Lindgren puts Nolan in the situations he’ll face in a game.

“Everything I see in practice he does in a game. That’s just Chance. He’s a great quarterback,” Baylor said.

As far as improvement, Baylor has seen Nolan keep his nerves in check regardless of the circumstances.

“If he throws a bad pass he’s staying calm. Or if he does something good, just staying calm throughout the whole game and just keep going,” Baylor said. “That’s what he’s doing right now.”

Tight end Luke Musgrave couldn’t single out a specific aspect that Nolan has gotten better at since the start of the season. He says his quarterback is just a better overall player.

“Chance has been good from the start and he’s blossoming even more,” Musgrave said. “He’s been great. He can extend the plays with his legs and he can make some big-time throws. He’s a really good director of the offense.”

Statistically, Nolan has been far more efficient and consistent at home in Reser Stadium than he has on the road.

In the two most recent road games, losses at California and Colorado, Nolan was a combined 35 of 64 (54.7%) with three touchdowns and three interceptions

Lindgren couldn’t put his finger on a reason for the drastic difference.

“I don’t know if it’s comfort or what not,” the coach said. “We’ve just got to get him to play more consistent this week and hopefully break that.”

Jack Colletto’s offensive role has grown and evolved this season.

Lindgren said how much they use the former quarterback on offense is different game to game, with an awareness of how many snaps they plan to use Colletto, primarily an inside linebacker, on defense and special teams in an effort to not wear him thin.

Last week against Stanford, he rushed a season-high six times for 57 yards, including a 47-yard touchdown run in the fourth quarter that pushed the Beavers’ lead back to two scores. Colletto has a rushing touchdown in three straight games and eight total scores on the season.

“We expanded the package a little bit for him last game to get him into some normal down situations and he handled it really well,” Lindgren said. “He’s just a competitive kid, tough, smart. He’s doing a really good job with the role and playing on both sides of the ball. He just brings a good energy to the team.”

Oregon State football coach Jonathan Smith has agreed to a contract extension that runs through the 2027 season.

OSU men's basketball: A look at the opponent — California

Oregon State and California open their Pac-12 men’s basketball schedules Thursday night at Haas Pavilion in Berkeley. Here’s a look at the Gol…

Oregon State quarterback Chance Nolan completed 31 of 43 passes with three touchdowns and no interceptions in the Beavers' last two games. He also rushed for two scores.

Jack Colletto's offensive role expanded against Arizona State, as he had a season-high six rushes for 57 yards.