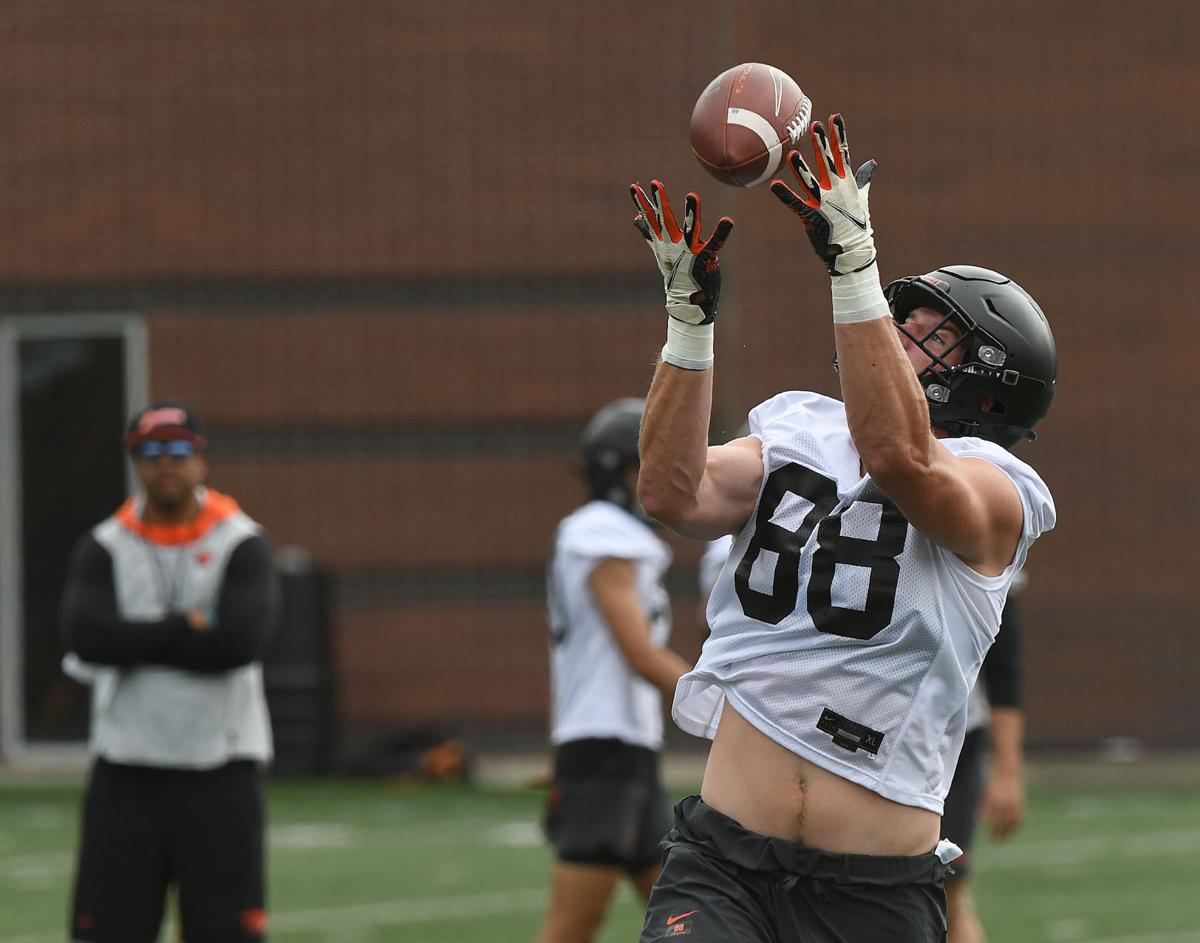 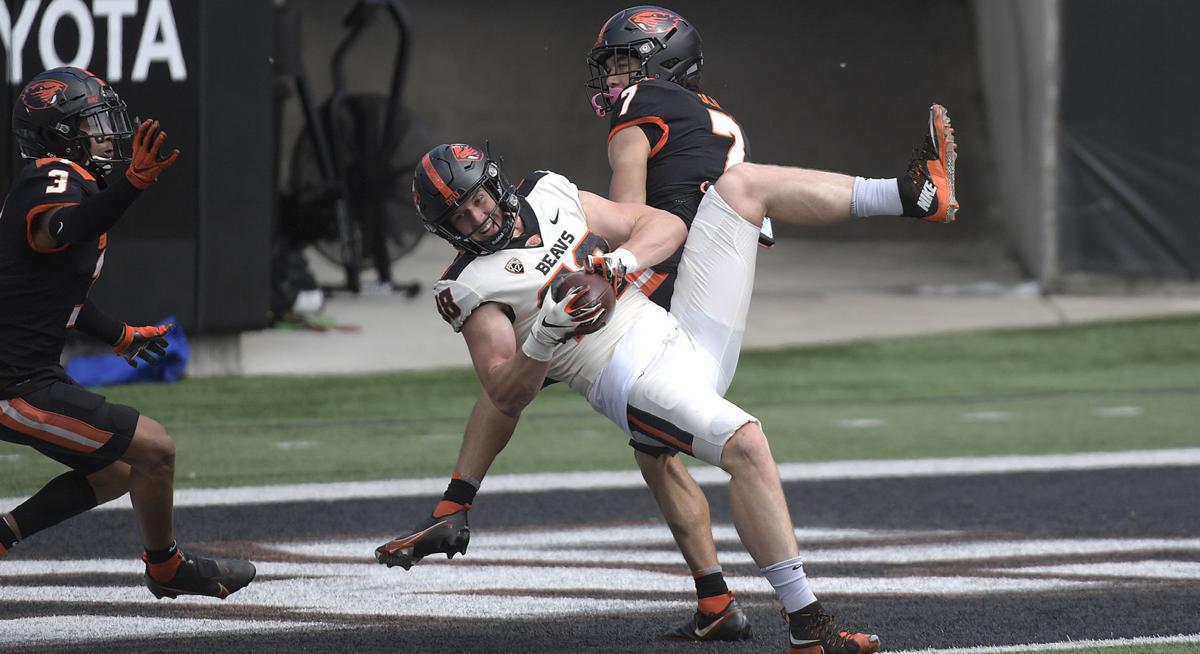 Luke Musgrave, entering his third season with Oregon State, falls into end zone after catching a touchdown during spring practice in May.

The goal for the redshirt sophomore tight end and Bend High product was to simply improve his speed and strength as much as he could and overall get better as a player.

“I think this was my best offseason thus far … weight room, conditioning and just focusing on football and trying to get my body right,” Musgrave said.

He had 12 catches for 142 yards while playing in all seven games (with three starts) in 2020. His biggest offensive contributions came in the season-opener at home against Washington State, when he had four receptions for 42 yards.

Musgrave played in all 12 games in 2019 but was lesser involved in the offense, with just two catches while recording two special teams tackles.

“He’s really good with the movement part because there’s a lot of things you wouldn’t know unless you’re an NFL tight end,” Musgrave said of Boss. “Coach Waz (OSU tight ends coach Brian Wozniak) has been great, but (Boss) has been great on the mind process. He’s a great guy and a great trainer.”

Beavers offensive coordinator Brian Lindgren said Musgrave’s hard work is obvious and that he’s going to be a “big part” of the offense.

Musgrave had a productive offseason, got himself in top shape, is running well and carrying good weight, the coach added. Musgrave is listed at 6-foot-6 and 252 pounds.

“He’s always been really good in the passing game. The thing for him is being able to finish on some of those 50/50 balls,” Lindgren said. “As a big body, it’s something we’re looking to see more of from him, and just being more consistent with his blocking. He’s really improved himself that way, too, with his technique and just turning into a better overall tight end.”

Musgrave has shown in camp an ability to make catches in tight windows, knowing a defender will be there in a split second to make jarring contact.

“You’ve got to kind of lay it out there and accept that it might hurt on the way down. But it’s worth it,” he said.

As far as improving as a blocker, Musgrave says Quitoriano, who is lauded for his run blocking, is “the perfect guy to look at” as he works to get better.

“I think a big part of it is recognizing defenses so you know which guy to block, and I think I’ve taken a big step in that,” he said.

Quitoriano hasn’t participated in team drills during fall camp and is expected to be out most, if not all, of August as he recovers from an offseason foot injury. That has meant more repetitions for Musgrave with OSU’s first-team offense.

It has also provided more opportunities up the tight end ladder for freshmen Jake Overman and Tommy Spencer, both in their second seasons with the Beavers.

“Those guys have improved a lot. Jake, he’s running routes with the best of ‘em. He’s making tough catches and Tommy he’s also making those tough catches and making really good blocks,” Musgrave said. “They have both really improved. I’ve always been impressed with them, but they’ve really started to shine this year.”

There are seven freshmen tight ends in all on the Oregon State roster. As one of the older players at the position, Musgrave tries to lead more by example than vocally.

Lindgren says a lot of information is thrown at that group and that tight ends are asked to do a lot in the offense. He added that there are some mental mistakes being made as they try to grasp what is expected.

“Each one of them, when they know what they’re doing, has shown some impressive things on film that makes the coaching staff pretty excited,” Lindgren said. “Jake Overman is developing into a solid guy for us and has been getting a lot of reps in the last week. With the young guys, I think we’ve got a good crew and they’ve just got to keep learning.”

Prep football: Monroe is the league favorite, but Jefferson and Central Linn hope to climb

Monroe is the team to beat in 2A Special District 3 football until someone knocks the Dragons off the top spot.

Luke Musgrave, entering his third season with Oregon State, falls into end zone after catching a touchdown during spring practice in May. 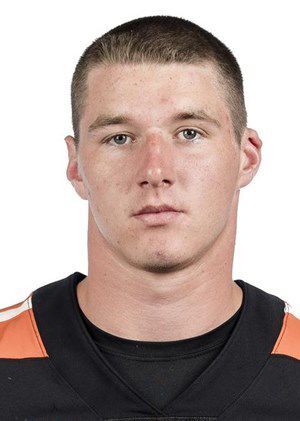