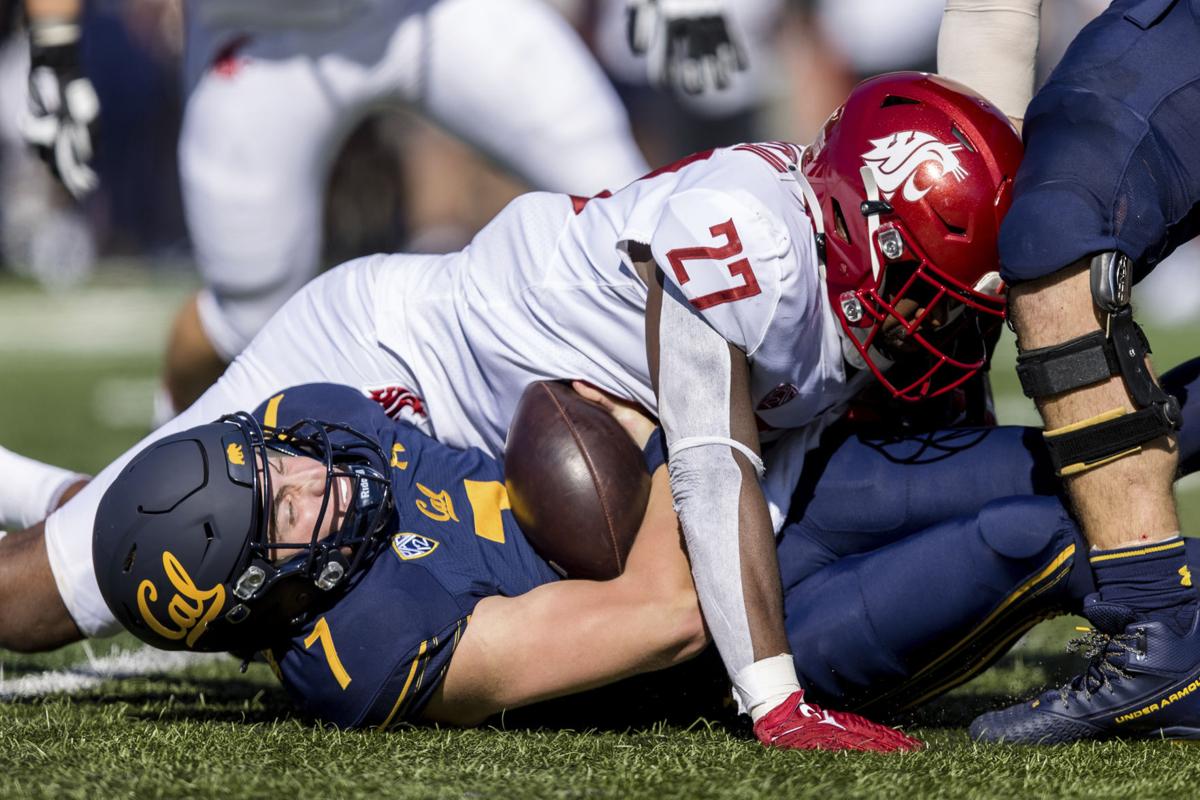 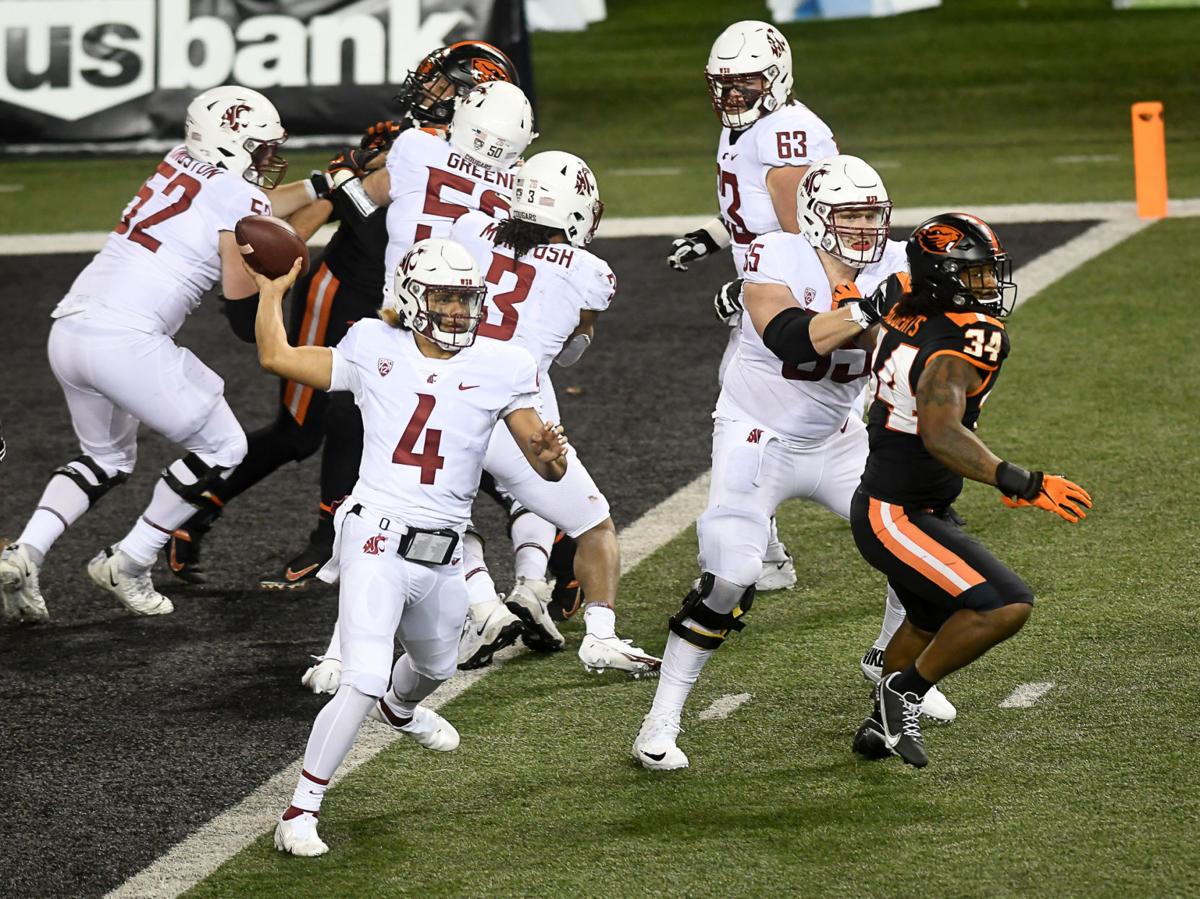 Washington State's Jayden de Laura, in his first collegiate game, threw two touchdowns in last year's win at Oregon State. He missed the Cougars' game at Utah two weeks ago but returned to lead the team to a win at California. 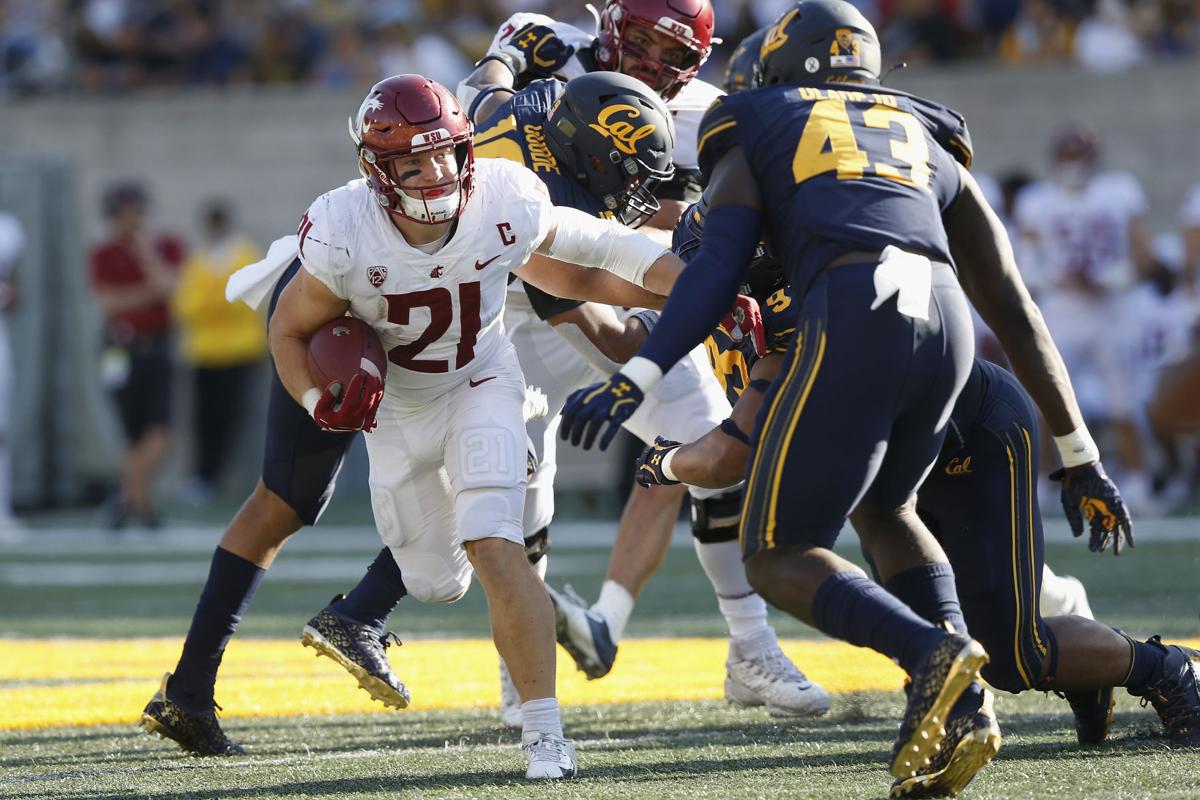 The Golden Bears came in averaging nearly 33 points and 478 yards in three previous games against TCU, Sacramento State and Washington. But nothing like that was produced in Berkeley.

Cal scored on its opening drive of the game but not again.

The Cougars allowed just 121 yards rushing on 3.6 yards per attempt and 152 yards passing as Bears quarterback Chase Garbers was 14 of 30 with one interception.

“I think it starts up front with them. They can hold their own on the defensive end, third down, creative. They do an awesome job of taking turnovers, creating havoc that way,” OSU coach Jonathan Smith said this week. “I go back to Cal, and how well Cal had been playing offensively and moving the ball. That was really impressive for Washington State to hold them down like that.”

In five games, the Washington State defense has five interceptions each from a different player, and a conference-best six fumble recoveries. Three of those recoveries came in a 24-13 loss at Utah two weeks ago. The Cougars have 29 sacks, including four against Cal, and linebacker Jahad Woods has a team-best 39 tackles, 3.5 for loss.

“They’ve done a nice job. They held Cal. Cal had been putting up some pretty good points there,” Oregon State offensive coordinator Brian Lindgren said. “They’re very active up front. I think the one thing that stands out to me is they’ve created a lot of turnovers.”

While the Beavers have won four straight, the Cougars are looking for their first two-game win streak since the end of the 2019 season, when they got a 54-53 home win against OSU. The Cougars erased an 11-point deficit in the final four minutes and prevented the Beavers from reaching bowl eligibility.

De Laura left in the second half of the 45-14 home loss to USC — in which the Cougars led 14-0 late in the first half — with a knee injury and missed the following game, at Utah on Sept. 25.

“He’s sharp, accurate, can move his feet. It feels like that team kind of rallies around him,” Smith said. “When he’s in the game those guys have played really well and won. He was healthy last week and that team played lights out.”

OSU defensive coordinator Tim Tibesar said the Cougars’ run-and-shoot offense runs through de Laura and the quarterback position with the decisions he makes in both the running and passing games.

“He’s a really good player and I think he’s been the key to their success when they’ve done well at Washington State. He seems like he’s healthy again” Tibesar said.

WSU running back Max Borghi left the Utah game with an apparent arm or wrist injury but did play against Cal. He rushed 13 times for 40 yards versus the Bears.

Nick Rolovich is in his second year as Washington State’s head coach after eight seasons at Hawaii, the last four as the head coach there. OSU played at Hawaii in 2019, losing 31-28, so the Beavers have an idea of what to expect.

Smith said earlier this week that his team had done well to maintain its focus despite the added attention with the Beavers on a four-game winning streak.

He showed confidence that a team heavy on veterans will be ready for the next test.

OSU football: Amid success, team 'locked in' on preparation for Cougars

OSU football: Resilient Beavers find a way to a victory

Oregon State’s four-game winning streak came to an end Saturday afternoon with a 31-24 loss to Washington State in Pullman, Washington.

Washington State's Jayden de Laura, in his first collegiate game, threw two touchdowns in last year's win at Oregon State. He missed the Cougars' game at Utah two weeks ago but returned to lead the team to a win at California.