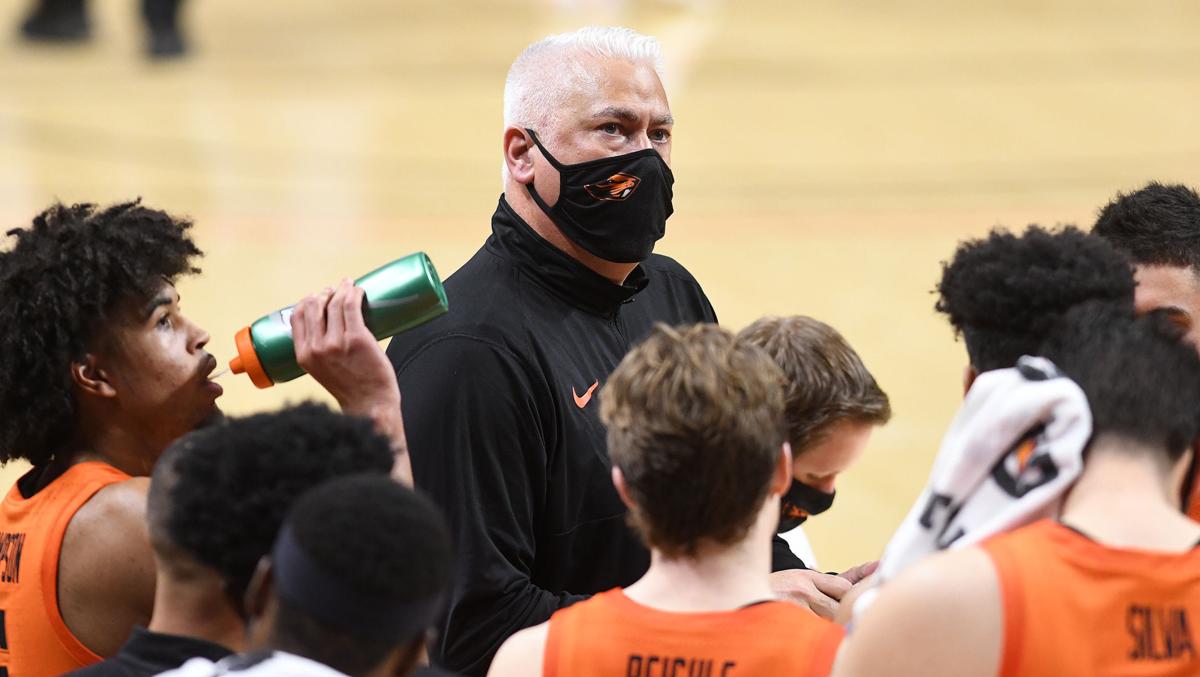 Oregon State men's basketball coach Wayne Tinkle and his staff have returned to what recruiting looked like before the pandemic, with in-person, on-campus visits and the ability to travel to see recruits. 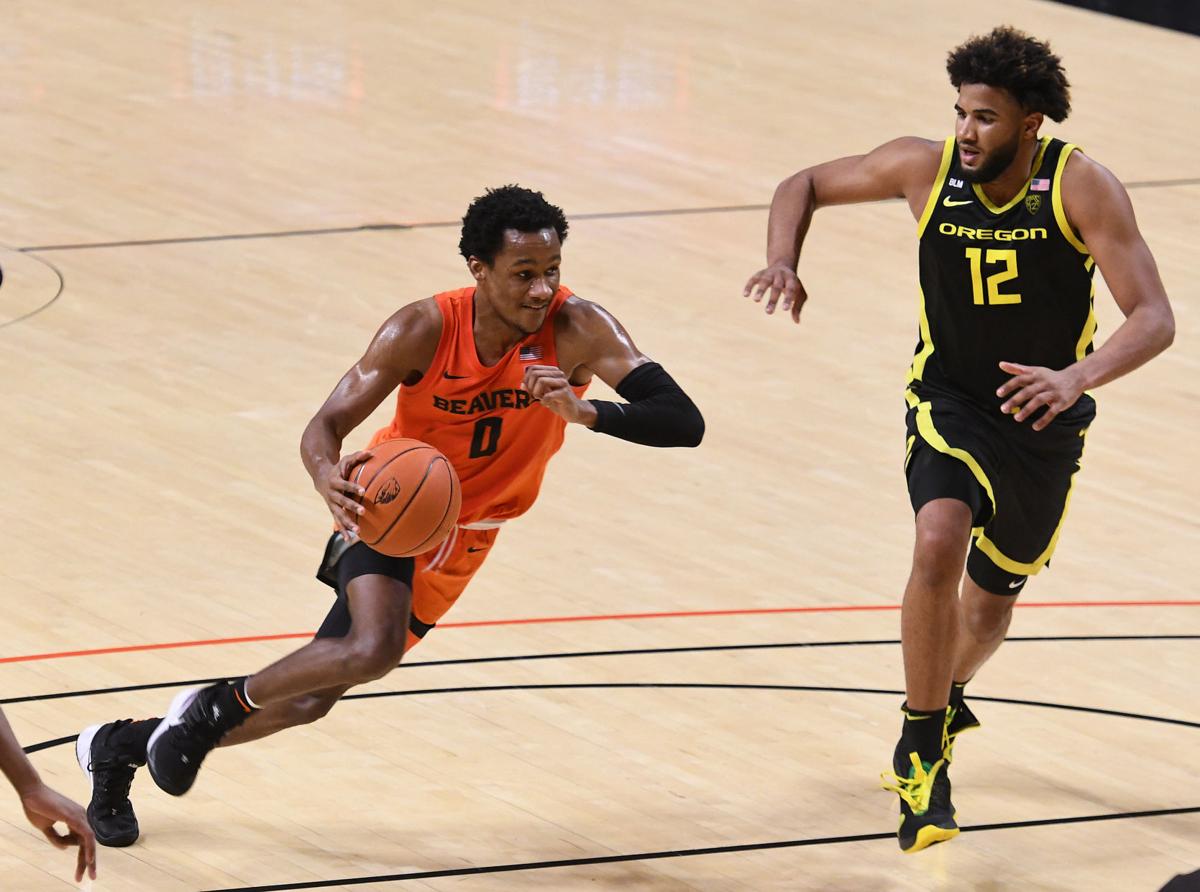 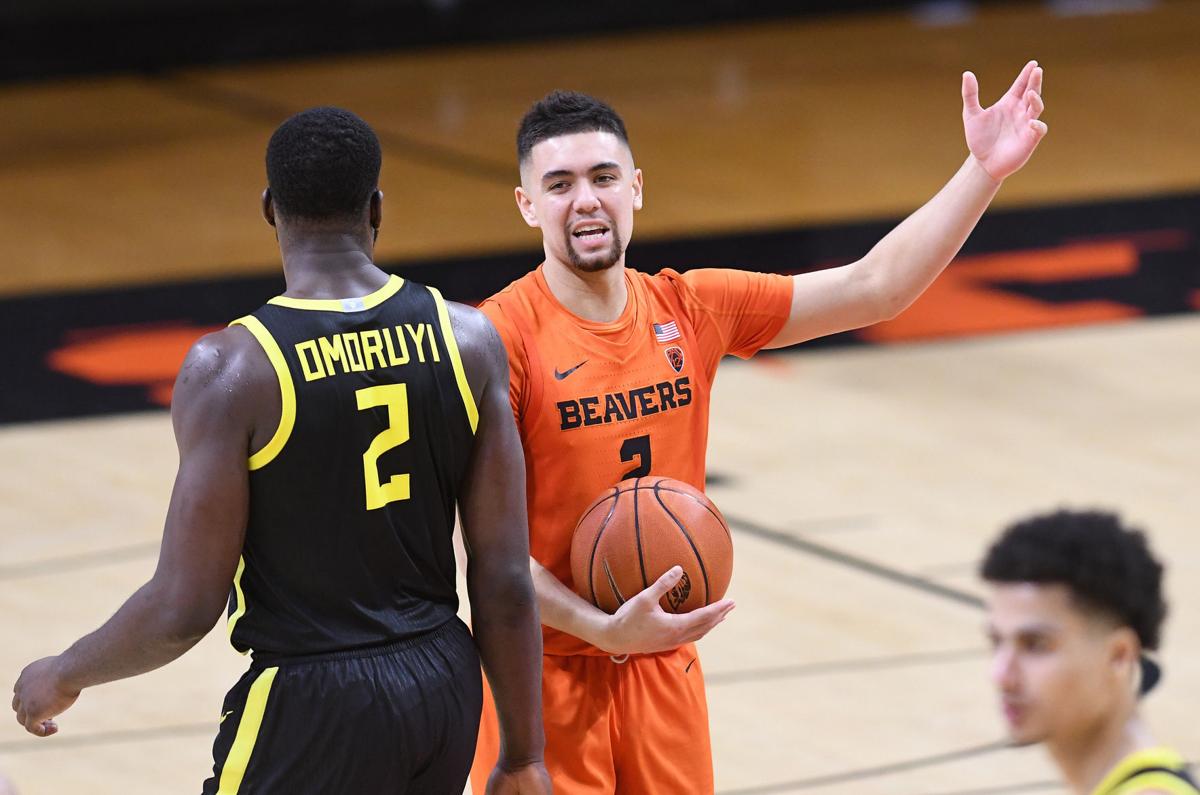 The first day of June provided a sense of normalcy again for college coaches as all NCAA Division I sports returned to their regular recruiting calendars following a lengthy hiatus due to the pandemic.

Oregon State men’s basketball coach Wayne Tinkle and his staff have taken full advantage of that return, getting back to business as recruits and their families are allowed to make official visits to campuses and coaches to travel.

The Beavers have hosted several unofficial visits with high school underclassmen since June 1 and have plans for several official on-campus visitors later this month.

“It’s great, just a big part of our deal, the recruiting piece and building those relationships and getting face to face because we feel once we get people on campus and show them everything we have to offer here it’s a real positive,” Tinkle said. “I know it certainly has injected us with a little more energy knowing that we’re back at it and also going to be getting on the road and recruiting, which will be nice.”

When the smoke clears and all incoming players become official, Oregon State will have seven new players for the 2021-22 season with the Beavers coming off an NCAA Elite Eight appearance, the program’s deepest tournament run in nearly four decades.

Tinkle said soon after the season that the 2021 postseason success wouldn’t necessarily be felt with current recruits. OSU was already recruiting many any of the players who have joined the program this offseason.

Tinkle said Friday it’s hard to put your finger on the impact in recruiting, whether it’s the Elite Eight or other circumstances that are out of the control of the program.

“Maybe a couple of the guys we got late were influenced by the run,” the coach said. “With the excitement of the season and that sort of thing … we always try to go for the best fit and the most talented guys we think would be the best fit. Certainly there’s big, big positives from the success that we had.”

In the past week, the Beavers signed 6-foot-4 guard Dexter Akanno, who spent the past two seasons at Marquette.

Gianni Hunt, who will enter his third year in the program next season, chatted with Tinkle on Friday about the excitement of where Oregon State is heading.

“We were talking about how thrilled we are to get everybody back in July with the new guys and start building the team for next year,” Tinkle said. “Love the pieces that we have. Just need to get them here and get them through the summer and into next fall. It’s going to be a fun group.”

Hunt, fellow incoming junior guard Jarod Lucas and senior center Roman Silva will be the team’s veterans, all with three years on the team.

The Beavers recently completed spring workouts. Not all of the returners were present, as Silva and forwards Warith Alatishe and Maurice Calloo are training off-site while pursuing professional playing possibilities.

Still, Tinkle said it was a productive spring.

“I know guys like Gianni and Jarod and their maturity and leadership really took a positive step in the right direction and have continued in their process,” the coach said. “Those are going to be two guys that really are going to have to carry the load for us leadership wise.”

The players have finals this week and then get some time off before next year’s squad gathers in full in mid-July.

That number is now three, along with at least four other players who have spent time on other Division I rosters.

“Even though we’re bringing in seven new guys, more than half the team, we’ve got some guys who have some great experience from this past year and the year before where we really turned things around,” Tinkle said. “So we’re excited and looking forward to that.”

Oregon State’s staff is currently working on the nonconference game schedule for the coming season.

The part of the schedule that has been officially released is the Emerald Coast Classic, a four-day tournament where the Beavers will join LSU, Penn State and Wake Forest on Nov. 26 and 27, the Friday and Saturday after Thanksgiving, in Niceville, Florida.

OSU is hoping to have the nonconference schedule finalized in the coming weeks.

OSU men's basketball: Postseason success in the rearview, work for the future continues

A late high school sports season and graduations have created some challenges at the start, but Corvallis American Legion baseball is back on …

Oregon State men's basketball coach Wayne Tinkle and his staff have returned to what recruiting looked like before the pandemic, with in-person, on-campus visits and the ability to travel to see recruits.