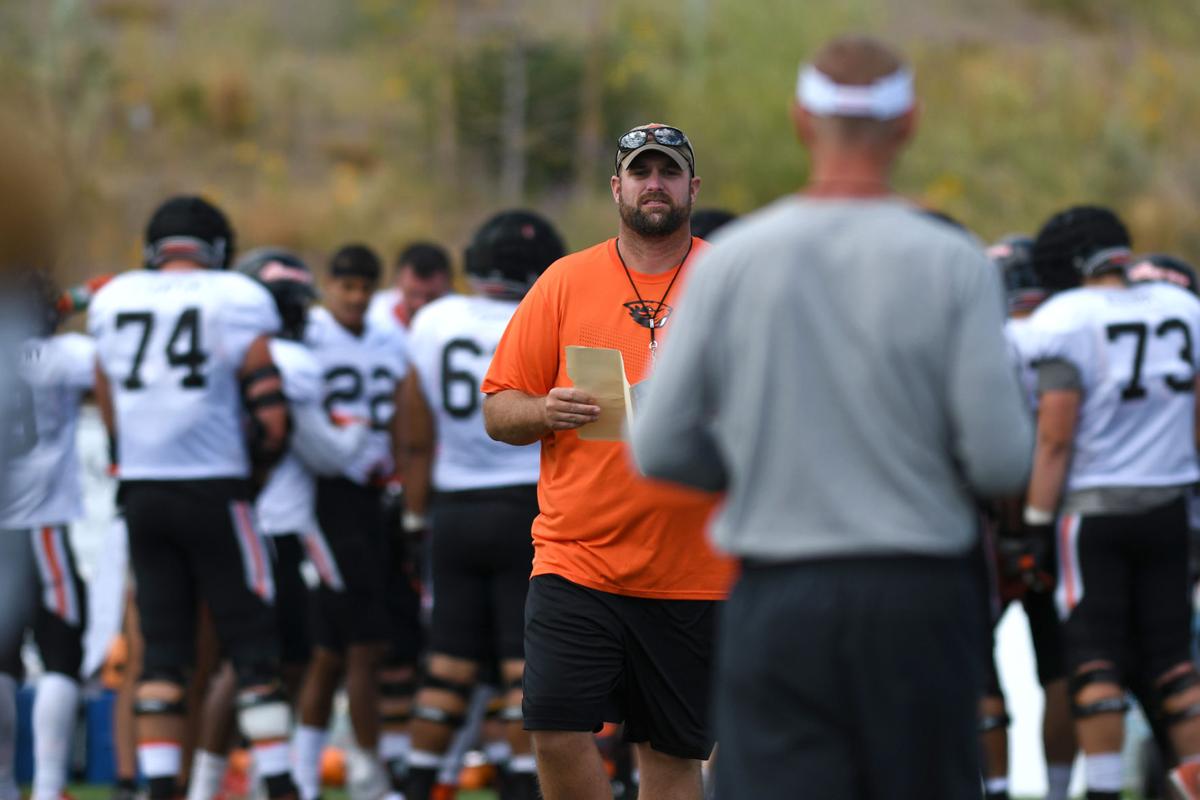 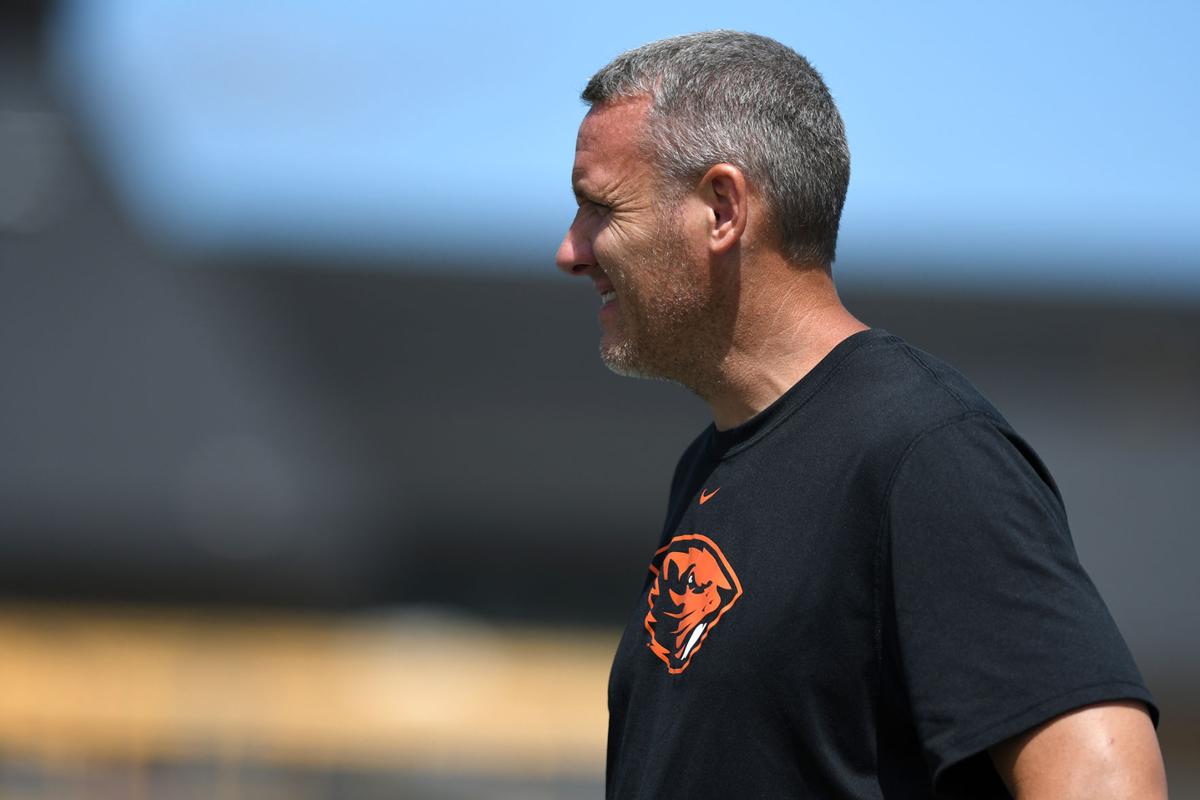 BEND — When you look at it, Gary Andersen's choice to have co-offensive coordinators in Kevin McGiven and T.J. Woods makes perfect sense.

McGiven is the quarterback guru who also spent time as the offensive coordinator at Southern Utah, Weber State, Montana State and Utah State.

Woods has coached the offensive line at New Mexico, Utah State and Wisconsin and knows the ins and outs of the run game.

The coaches worked together when they coached the Aggies and have slid into the role comfortably.

"We work well together. Obviously, his specialty is the pass game and calling the plays and I'll handle most of the run game and those type of things."

OSU quarterback Darell Garretson was coached by McGiven at Utah State and is used to that QB-coach relationship.

Garretson has found that he benefits from working with a line coach as well.

"It's nice," Garretson said. "Coach Woods gives me a perspective from the line and all types of box counts that we need to get to and he knows his stuff just like coach McGiven does and they're very, very good at collaborating and coming up with schemes that will beat a defense."

The main difference is there are two coaches making decisions rather than one.

"So it gives each guy a sounding board," McGiven said. "We don't necessarily divide up areas per se, we talk about everything as an offense from A to Z, we bounce ideas off each other in the run game and the pass game schematically and just decide on things together what we're going to implement, and game plan wise we'll have some specialty areas that we focus on and we'll tie it all together."

Said Woods: "Kevin and I have to meet a little bit more. I think when it's just a sole coordinator, you kind of gather your own thoughts by yourself. He and I kind of have to get on the same page sometimes together and some of those things."

Both coaches have a strong staff to work with in the meeting rooms and on the field.

Woods said it's a group effort.

"It's all of us. We've got a tremendous staff, guys who have been doing this a long time and a lot of knowledge in our room and Kevin and I are very thankful and pleased that we have those guys to lean on with us," he said.

"Final say is a little different. As a coach you have suggestions, you want suggestions as a coordinator, four minds are always better than one. But at some point in time you have to make a decision on which way you're going to go and then everybody has to leave the room and be on the same page and go out there and execute whatever we've got going on."

Here's how to snag an impressive Social Security payday -- and set yourself up with a lot more retirement income.

OSP: Pedestrian standing on I-5 was likely struck before semi-truck

A Salem resident was struck and killed on Interstate 5 early in the morning on Thursday, according to a news release by the Oregon State Polic…

A 75-year-old Corvallis man who was struck by a garbage truck on Memorial Day died of his injuries that same day, according to Benton County S…

Linn County Sheriff’s Office deputies arrested a man high up in a tree in a grove south of Lebanon on Tuesday, the agency reported Thursday.

Two women were rescued Friday after becoming snagged on a hazard tree on the Santiam River near Jefferson.

SALEM (AP) — Kip Kinkel, who killed his parents before going on a shooting rampage at his Oregon high school in 1998, killing two classmates a…