A conservation group is offering members of the public the chance to donate to restore specific artifacts at the Notre-Dame cathedral in Paris, which was partially destroyed by fire in 2019.

Friends of Notre-Dame de Paris is running a crowdfunding campaign designed to boost the rebuilding project, and supporters can choose what their money is used for — from saints to alarming stone "grotesques."

According to the organization's website, statues of various saints, including Mark, Paul and Jude, have already reached their funding goals, while a painting of "The Centurion Cornelius at St. Peter's Feet" is more than halfway there.

But Joan of Arc and a number of grotesques — stone statues that sit on the upper gallery between the cathedral's two towers — still have some way to go.

The grotesques — which are all individually named — were designed in the 19th century by the architect Eugène Viollet-le-Duc, according to the campaign, and "recreate the fantastic universe of the Middle Ages."

The decorative figures are not to be confused with gargoyles, which serve to drain rainwater, the group notes.

Friends of Notre-Dame de Paris was set up in 2017, but its campaign took on a much greater significance in the wake of the April 2019 fire, which devastated large parts of the church, including its roof and spire.

The French government announced an international competition to reimagine the building, which attracted some striking contemporary ideas.

One proposal, from Belgian architect Vincent Callebaut's firm, was a futuristic glass design complete with solar power and an urban farm for vulnerable and homeless Parisians.

However, in July 2020 the French government announced that the cathedral would be rebuilt exactly as it was prior to the fire.

Fundraising efforts for the rebuild were initially led by France's wealthiest families, who pledged a combined €500 million ($599 million) shortly after the fire.

Now, individuals can make smaller donations via the Friends of Notre-Dame de Paris campaign, and know exactly what their money is being used for.

French President Emmanuel Macron wants the cathedral to reopen by 2024, when Paris will host the summer Olympics. However, restoration experts believe it could take more like 10-15 years to restore Notre-Dame to its former glory.

Explosions heard in Jerusalem as Hamas claims responsibility for a rocket attack amid clashes that injured hundreds of Palestinians.

An Israeli airstrike that toppled a high-rise building in central Gaza City startled a Gaza-based journalist as she was reporting for Al Jazeera.

Last wild macaw in Rio is lonely and looking for love

A blue-and-yellow macaw that zookeepers named Juliet is believed to be the only wild bird of its kind left in the Brazilian city where the birds once flew far and wide.

A Malian woman has given birth to nine babies by cesarean section in Morocco after only expecting seven, Mali's Minister of Health said Wednesday.

At Dracula's castle in picturesque Transylvania, Romanian doctors are offering a jab in the arm rather than a stake through the heart.

China says the part of its rocket expected to fall to Earth this weekend will mostly burn up on re-entry, posing little threat to people and property.

Watch Now: Inside some of the world’s most unusual vaccination centers

Take a look at some of the most unusual vaccination centers from around the world, from castles to boats.

Israel, Hamas escalate heavy fighting with no end in sight

JERUSALEM (AP) — Israel stepped up its attacks on the Gaza Strip, flattening a high-rise building used by the Hamas militant group and killing at least three militants in their hideouts on Tuesday as Palestinian rockets rained down almost nonstop on parts of Israel.

DUBAI, United Arab Emirates (AP) — Michelle Rasul had just learned to read and write and was already spinning turntables, scratching hip-hop records and making the beats drop. Four years later, at the age of 9, she’s one of the world’s top DJs and competed in this year’s global championship.

MEXICO CITY (AP) — Russian authorities have been having so many problems producing second doses of their Sputnik V coronavirus vaccine that Russia probably will be unable to supply enough to people who already got the first dose, Mexican officials said Monday. 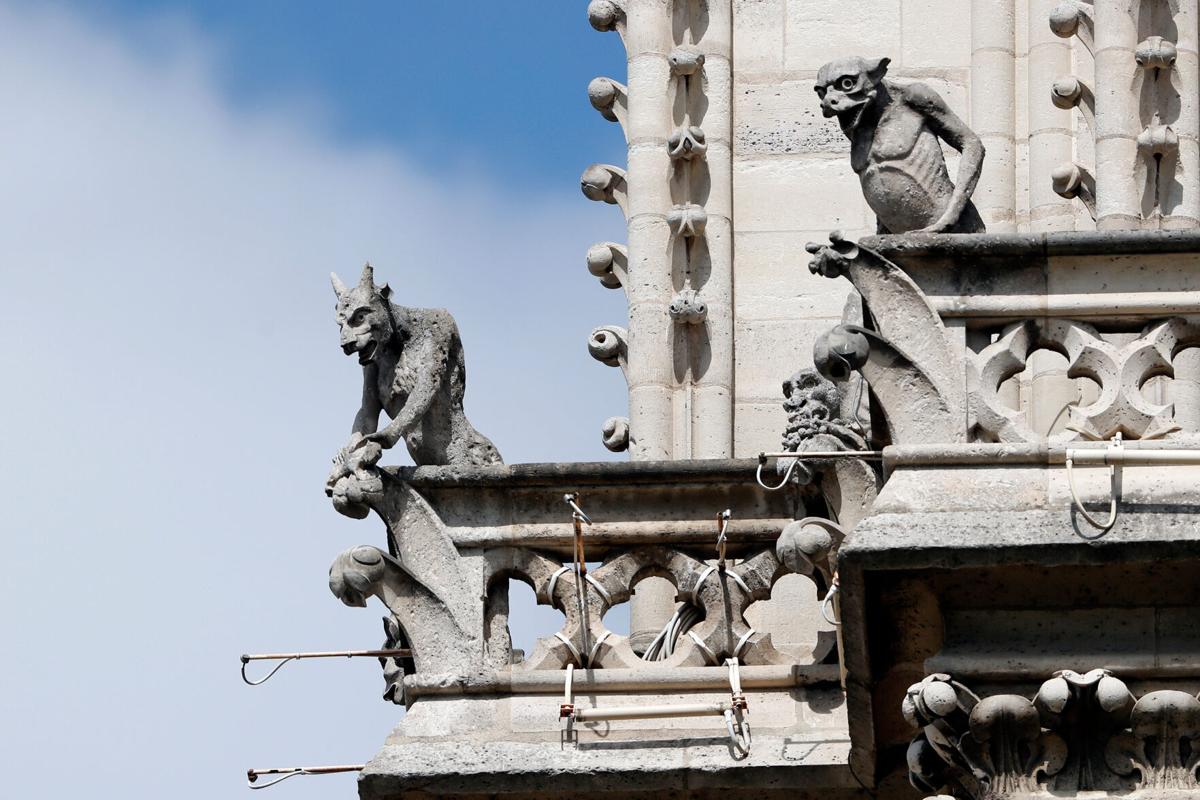 A conservation group is offering members of the public the chance to donate to restore specific artifacts at the Notre-Dame cathedral in Paris, which was partially destroyed by fire in 2019. Preserved gargoyles of Notre Dame cathedral are pictured on April 17, 2019 in Paris. 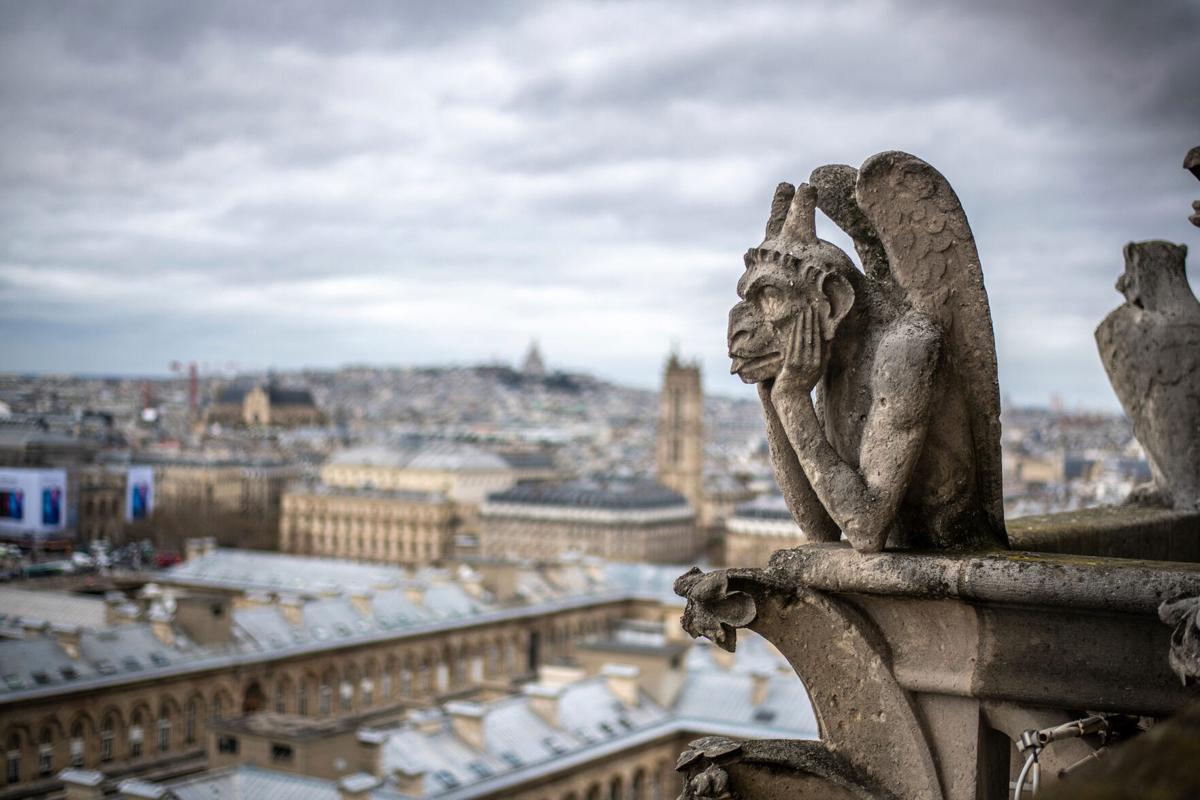 A conservation group is offering members of the public the chance to donate to restore specific artifacts at the Notre-Dame cathedral in Paris, which was partially destroyed by fire in 2019. The stone "grotesques" sit in the upper gallery spanning the cathedral's two towers.