A truck laden with tomato puree crashed in England this week, turning a highway red and prompting a number of food-related puns from people on social media.

The vehicle was involved in a crash with another truck in Cambridgeshire, eastern England, on Tuesday, Highways England told CNN.

The government highways authority said the vehicle "lost its load and damaged the carriageway," leading to a road closure on the A14.

A spokesman confirmed it was carrying tomato puree, which spilled across the road and prompted emergency road resurfacing overnight until Wednesday afternoon.

The crash prompted some jokes -- of varying quality -- on social media.

"What happens when you go too fast trying to ketchup to the Volkswagen Passata in front of you," said one person on Twitter.

"I went pasta that. Took a while for the traffic to ketchup," said another.

One person tweeted of the road closure: "And I imagine when it does reopen cars will have to passata slow speed?"

"So this was the sauce of all the traffic problems in Cambridge today," another commented.

While relatively uncommon, food spillages on highways do happen.

In 2019, a river of chocolate was seen flowing on an Arizona highway after a tanker hauling 40,000 pounds (18,144 liters) of liquid chocolate rolled over on the interstate near Flagstaff.

A crash near Knoxville, Tennessee, spilled more than 17 tons of M&M's onto an interstate ramp in the same year. The candy remained in the packaging but had to be destroyed.

Hundreds of thousands of red Skittles were found spilled on a road in Dodge County, Wisconsin, in 2017. The local Sheriff at the time said they were surplus and were on their way to a cow farm, where they were to be mixed with livestock feed.

How Olympic timekeeper Omega keeps up with the times

How Olympic timekeeper Omega keeps up with the times

Perfect weather for the return of Lollapalooza

Perfect weather for the return of Lollapalooza

Animal rights group PETA is petitioning the mayor of Ham Lake, Minnesota, to give the city a more "pig-positive" name. 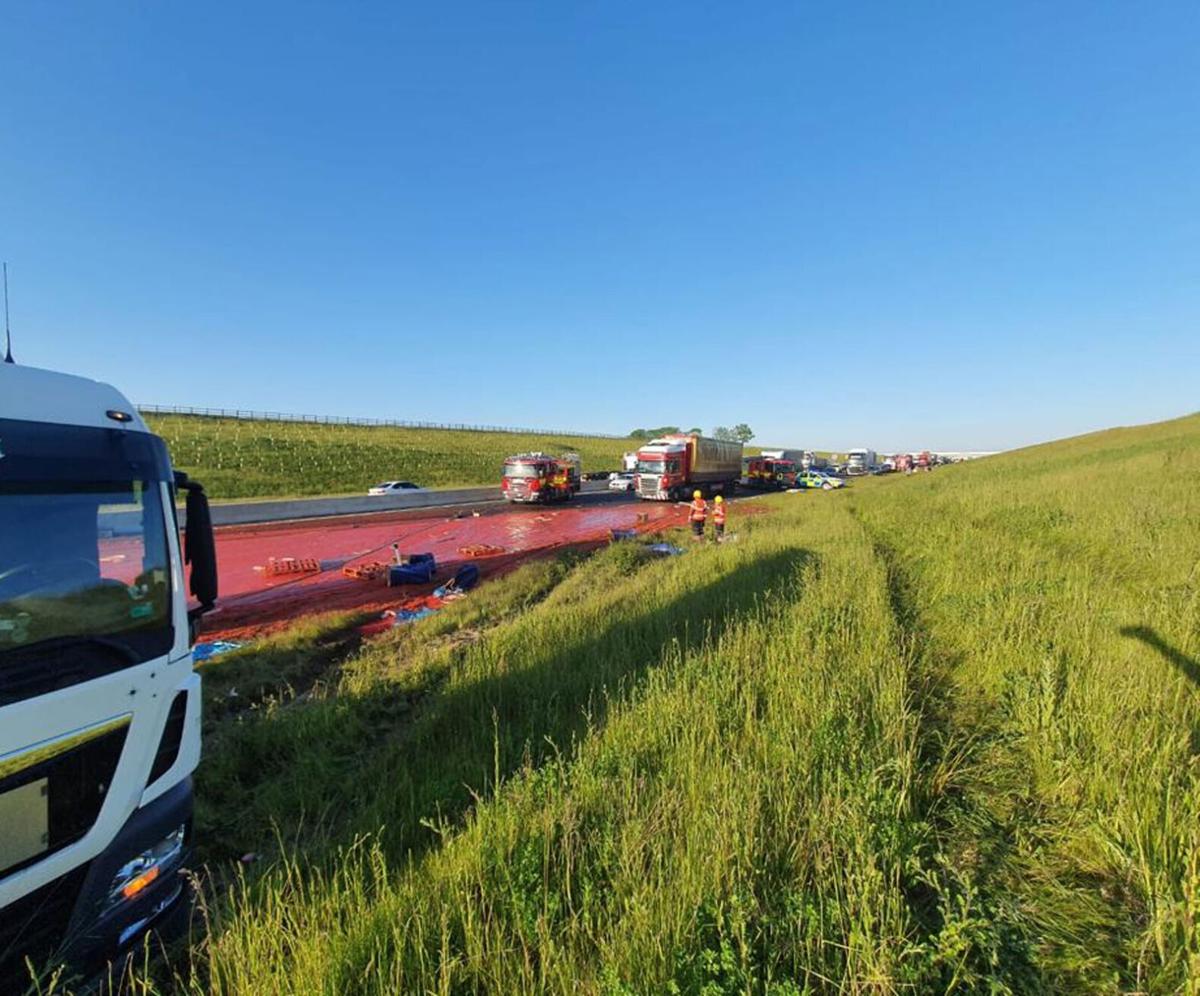 A truck carrying tomato puree crashed in England on June 1, spilling its contents and turning the road red. 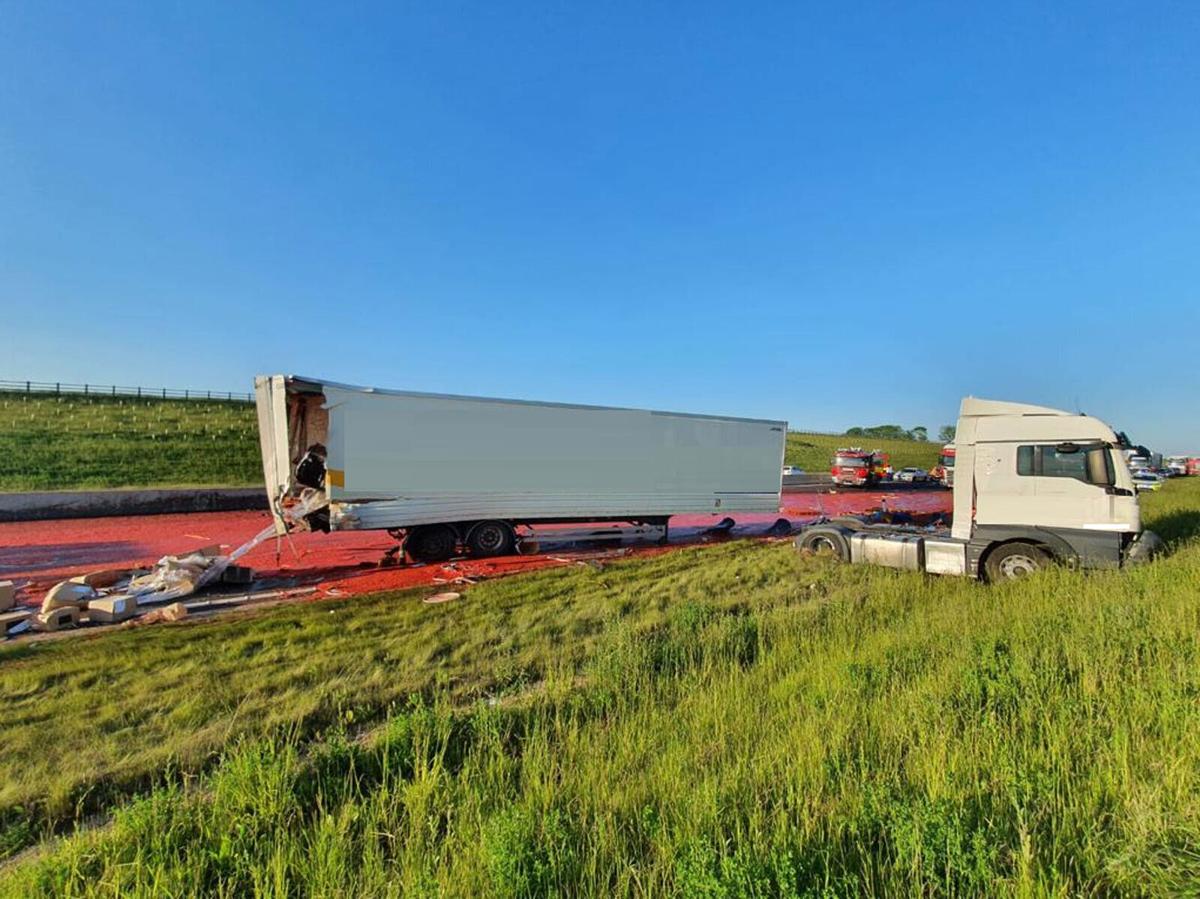 The road had to be resurfaced overnight after the tomato puree damaged the surface.