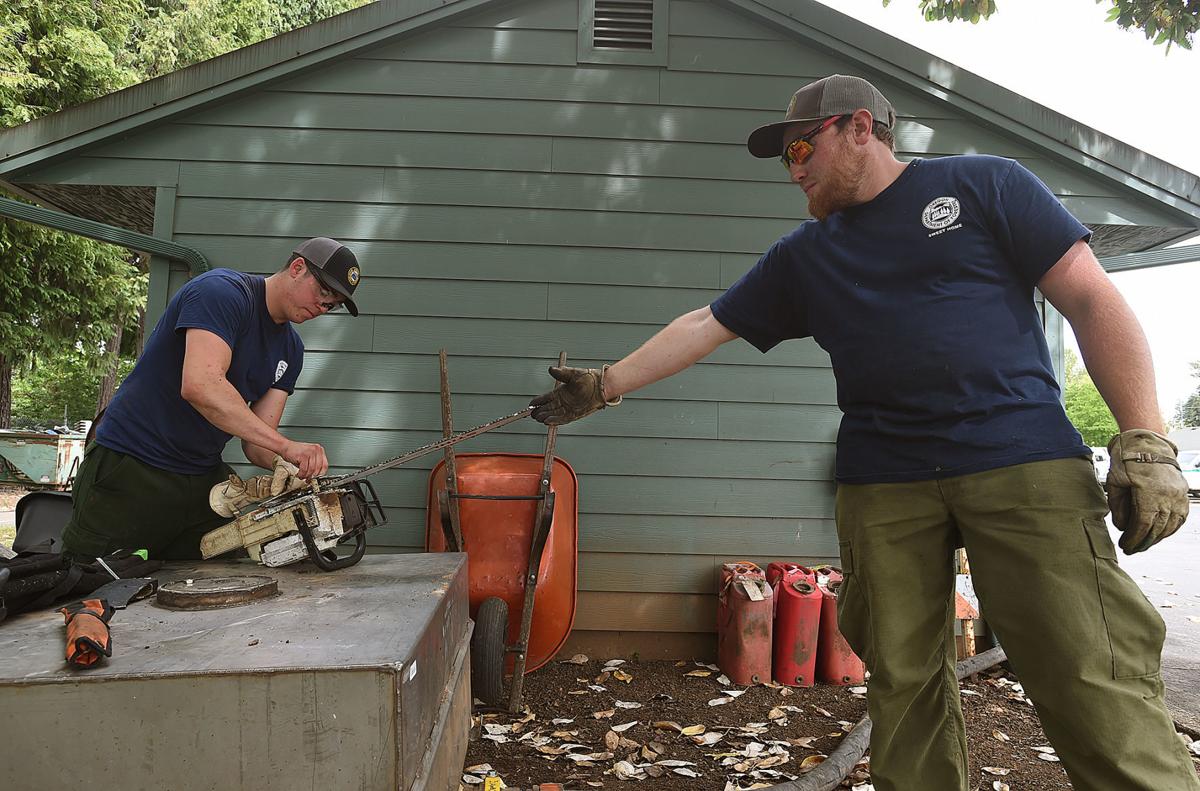 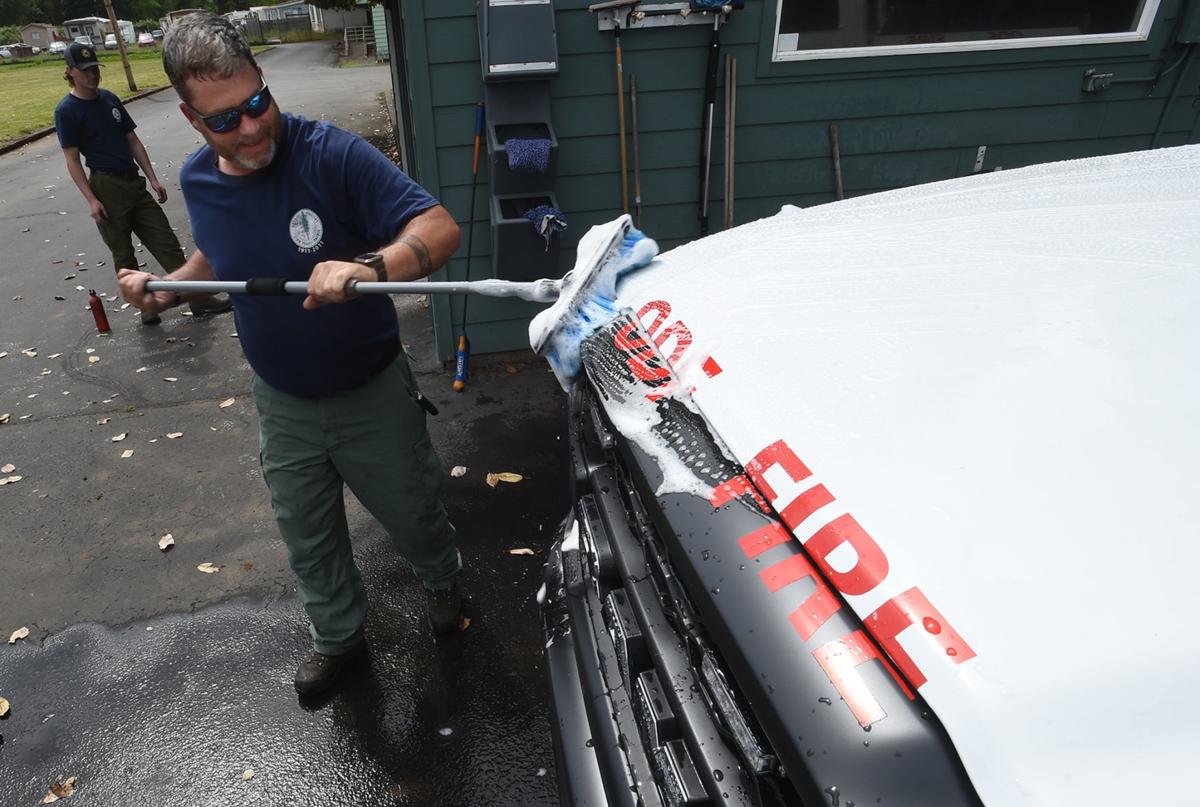 ODF's Chad Calderwood scrubs a fire truck. Crews will do cleaning more often this year due to COVID-19. 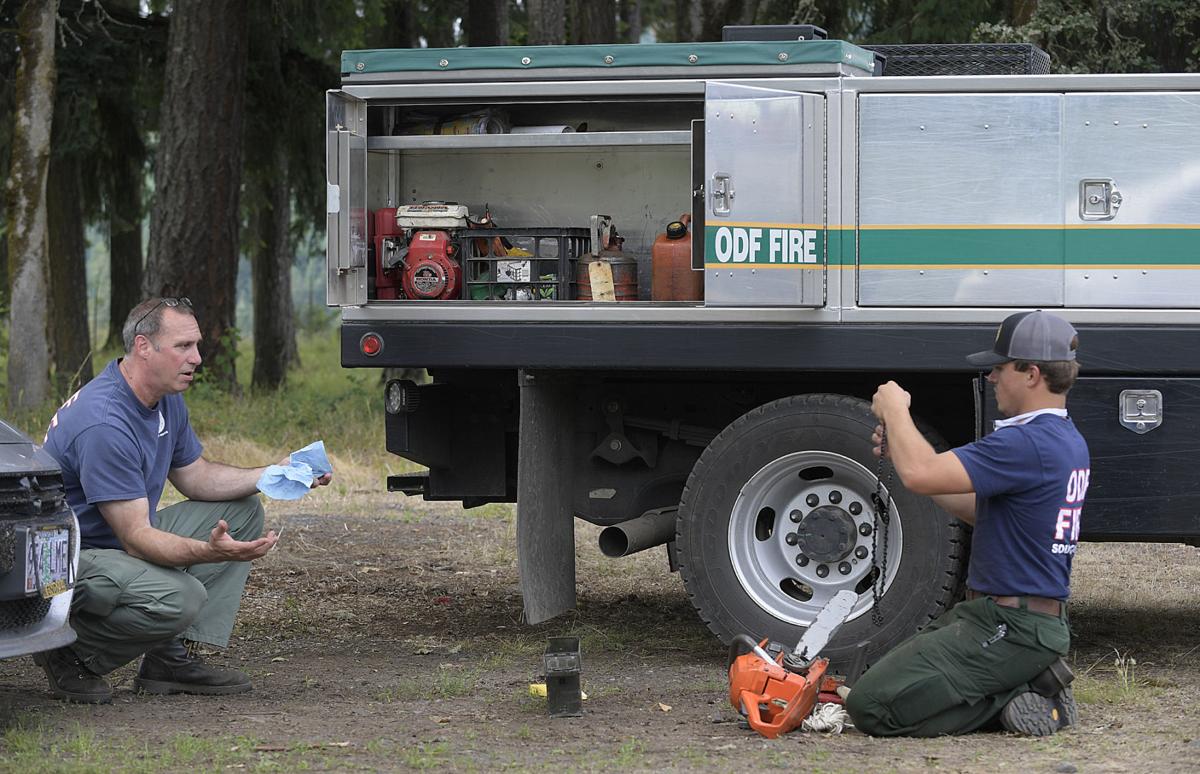 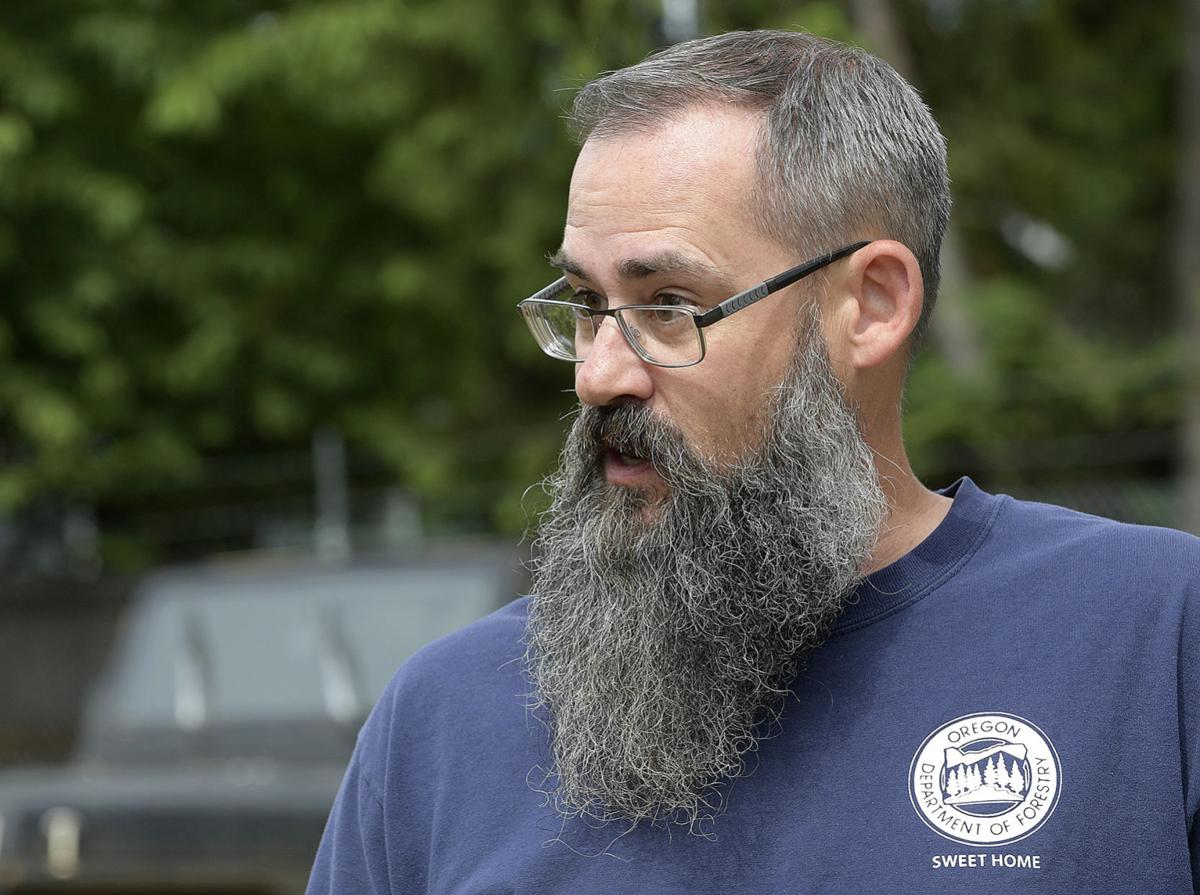 Young men and women are training daily to fight wildfires and taking care of equipment from chainsaws to trucks as fire season nears.

But on closer inspection it is clear things aren’t quite normal. The crew members are working in pairs and are keeping their distance from each other. No back-slapping or high fives for jobs well done.

It isn’t because they don’t respect each other. It’s due to new protocols in response to the COVID-19 pandemic.

Traditionally, the crew worked as one big group, but unit forester Craig Pettinger said that, this year, firefighters will be divided into two teams that will keep their distance from each other.

“If someone comes down with it, we don’t want to lose everyone,” explained Pettinger, who has guided the Sweet Home office for seven years and has 19 years’ experience with ODF.

“One of the biggest changes is that we aren’t hosting the annual summer fire school,” Pettinger said. “We usually bring in hundreds of firefighters from all over. This year, we trained our local folks in-house. We only have four new people, and two of them have some firefighting experience.”

Pettinger said that, in addition to doing classroom work, the firefighters recently spent a day working with chainsaws on some city-owned property and worked with live fires on Cascade Timber Consulting land.

Pettinger said all vehicles will be cleaned twice daily.

“We aren’t going to require folks to wear masks all day, but if someone can’t maintain proper social distancing of at least 6 feet, they will have to wear a mask,” Pettinger said.

Pettinger said he has stocked up on masks and also on the military rations known as MREs in case the firefighters are called out to a fire camp and there are issues about providing food services immediately.

“We stocked up on MREs for the eclipse,” Pettinger said. “We expected a huge influx of people, so we had placed our people all over the place to look for possible fire outbreaks. We have enough MREs to take care of our firefighters for 14 days.”

Daily physical training in large groups is out, Pettinger said, in part because it would take too long to clean showers between each user.

“It will start with check-in,” Pettinger said. “Usually, it requires paperwork and people working closely together. Now people will check in electronically with their cell phone.”

Pettinger said since fires can be in some extremely remote areas, it is possible that portable cell tower units will be brought in for phone and internet connections.

The daily fire camp briefing — where the fire attack plan and weather conditions are laid out — will probably be delivered over a radio network, unlike in past years, when everyone at camp gathered in a large group.

“We kept a vehicle we were going to get rid of to make this work,” Pettinger said. “Our goal is to minimize contact and keep everyone healthy.”

Pettinger said the new way of doing things will require much better communication among all involved.

“Our job remains the same,” Pettinger said. “We have to put out fires, watch for rolling logs and other hazards, and now we have a new hazard. None of the other hazards have gone away.”

“It’s different,” Wilson said. “This is always like my second family, and this year it’s not touchy-feely. It’s hard to describe. It’s tough to not interact like we normally would. I hope it’s just temporary.”

Art and cancer ... it's a healing process

The show must go on: Fireworks still expected in neighborhoods despite event cancellations

Debbie Walvatne has been standing behind the fireworks booth in the parking lot of Safeway in Sweet Home every July for the last three years.

ODF's Chad Calderwood scrubs a fire truck. Crews will do cleaning more often this year due to COVID-19.