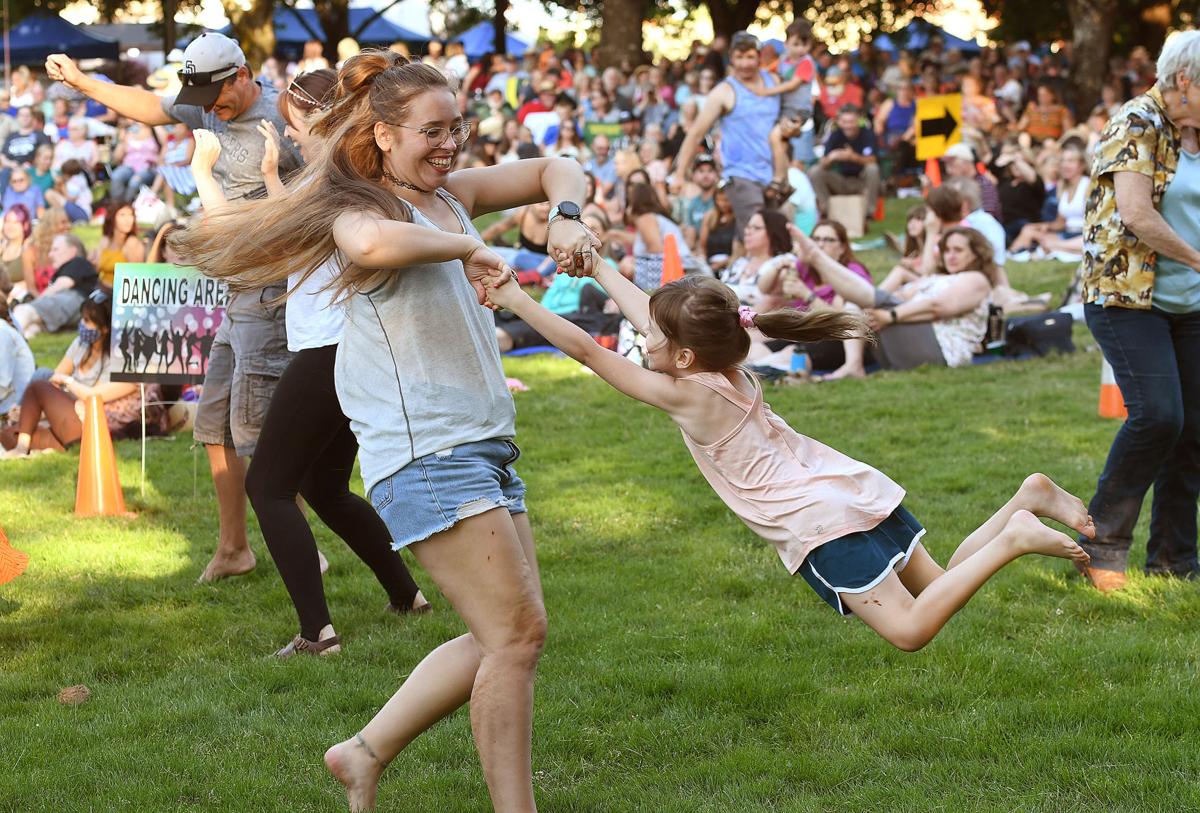 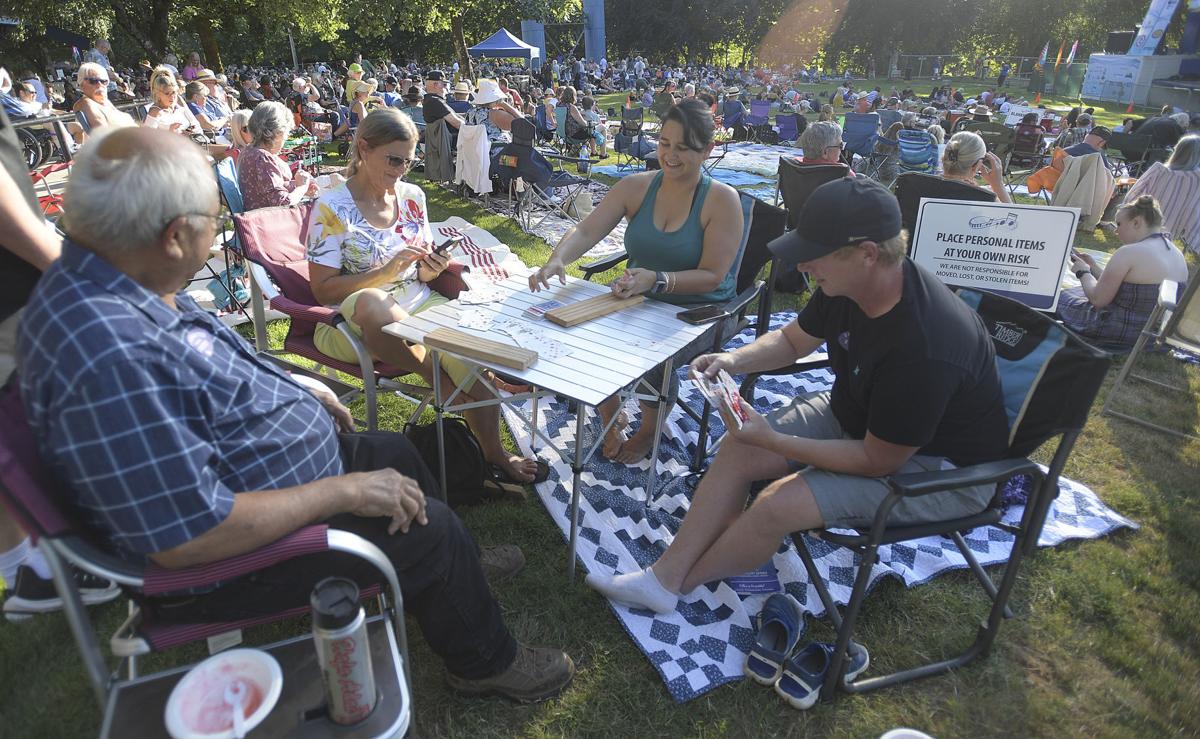 Jim and Karen Wusstig play cards with their daughter Shawna Powell and her boyfriend Brian Woodring while waiting for the start of Thursday night's concert. 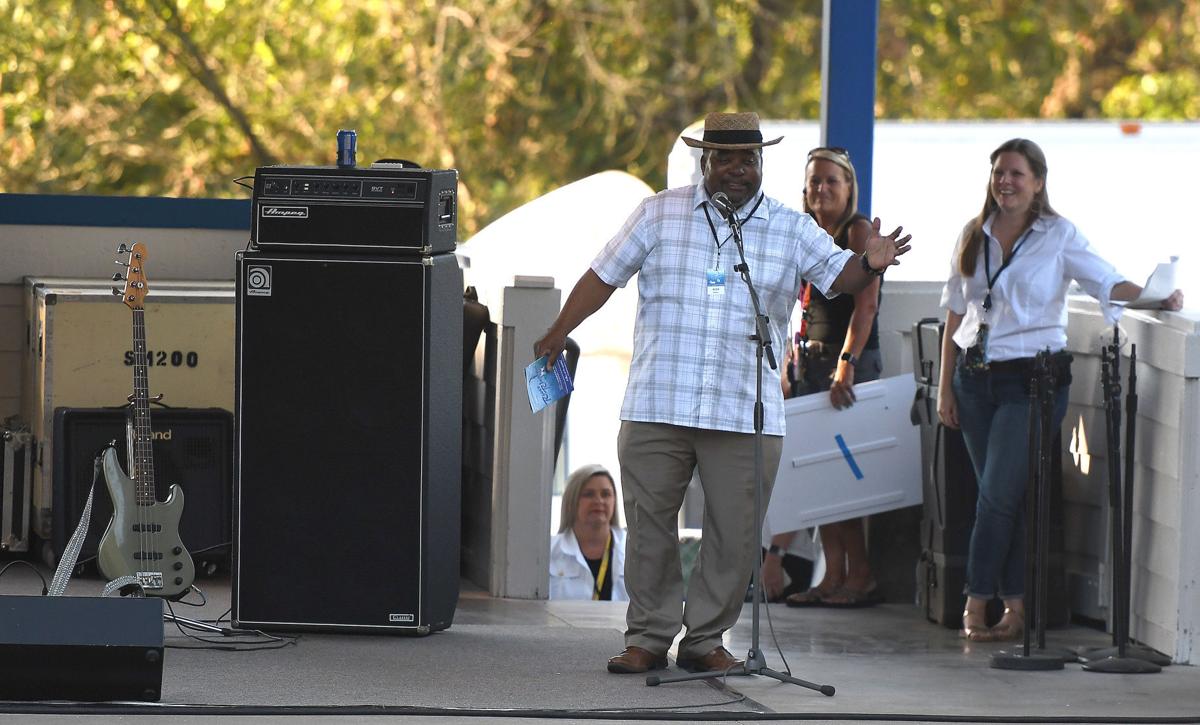 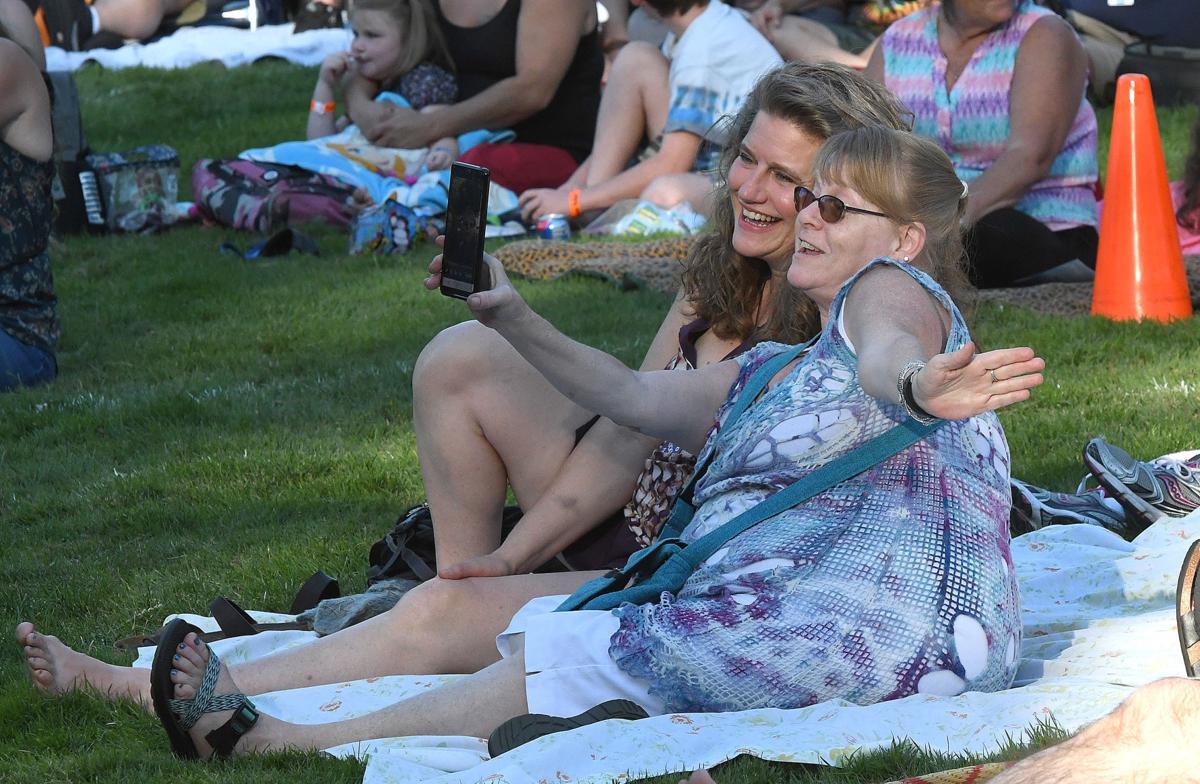 After a nearly two-year hiatus, music finally filled the air along the  banks of the Willamette and Calapooia rivers Thursday evening with a crowd of 5,870 dancing and singing to the music of a Neil Diamond tribute band.

“I'm super excited to be back at River Rhythms,” said Shawna Powell of Albany as she played rummy with her parents and boyfriend before the start of the concert.

“We get to be with our family being outdoors, enjoying the sunshine and seeing our friends and just being outside,” Powell added.

As the band Super Diamond belted out Diamond’s 1972 hit "Song Sung Blue" revelers took to the dance area of Monteith Riverpark, some spinning their children and others grooving away their COVID-19 blues.

With the easing of COVID protocols, the City of Albany made some adjustments to the event, including limiting the access points and eliminating the “pass the basket” donation method.

“Thankfully we are able to bring people back into the park almost as normal,” said Kim Lyddane, Albany’s Parks & Recreation director. “There's a few things that have changed but really for the most part the experience is pretty much the same.”

The most noticeable change is a more controlled gated entrance at the corner of Washington Street and Water Avenue with two donation boxes at the staffed access point.

“After COVID we put out originally that we were going to have to charge for admission,” Lyddane said. “Then the state opened up and we were able to go back and make some adjustments, so we are asking for a dollar as a suggested donation as you come into the park.”

Those who donate receive a sticker saying “I rock because I donated,” Lyddane said.

The City of Albany is working with sponsor Oregon Freeze Dry on a food drive campaign. Concert goers can drop off food donations into barrels at the entrance or swing by City Hall to make their donations.

The food will be then given to FISH of Albany. Another fundraising effort Albany is doing is sponsorship of a guitar, guitar pick or music note. This can be done at the concert or online, Lyddane said.

The vaccination clinic will be back weekly for the River Rhythms concerts, as well as the Summer Sounds music series on Monday nights, and the Art & Air Festival, said Neva Anderson, Linn County Emergency Preparedness coordinator.

The clinic offers both Moderna and Johnson & Johnson vaccines and is open to anyone 18 and older, Anderson said.

The series continues next week with Herman's Hermits, starring Peter Noone. Smash Mouth will play Aug. 5 and John Michael Montgomery on Aug. 12.

Australia lost one-third of its koalas in three years

Canary Islands: Houses and crops are threatened by the lava flow

Canary Islands: Houses and crops are threatened by the lava flow

This farm in the U.K. is for animals with special needs

This farm in the U.K. is for animals with special needs

The Oregon Jamboree, one of the biggest country music festivals in the state, kicks off this weekend in Sweet Home. The annual three-day affai…

A look back at Gazette-Times photos from August 2001

It was fair week in August 20 years ago in Benton County. Photographers from the Gazette-Times covered children showing their animals, several…

Jim and Karen Wusstig play cards with their daughter Shawna Powell and her boyfriend Brian Woodring while waiting for the start of Thursday night's concert.