'Bummed out': SpaceX launch scrubbed because of bad weather

Public invited to meet carousel's Thunder and Sampson
Share this
× 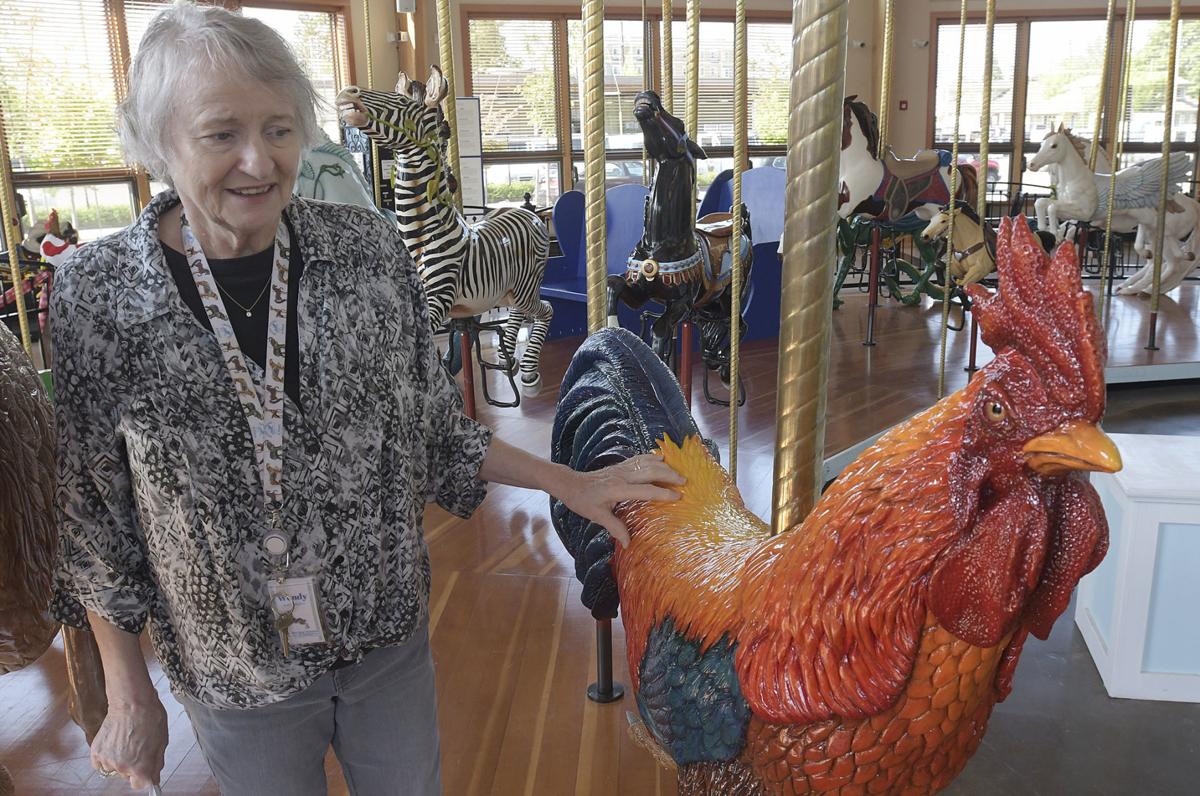 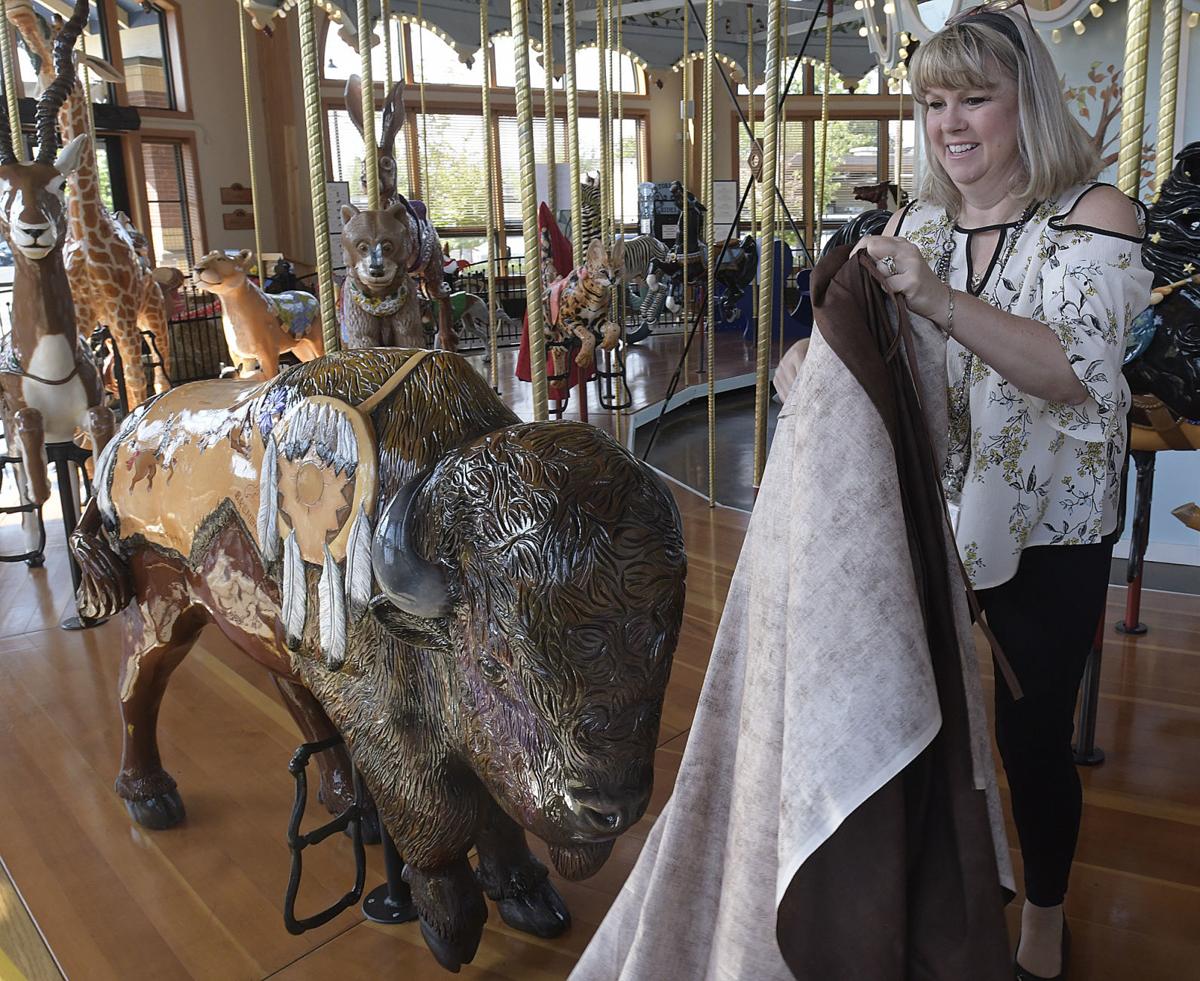 Kasey Reinhart, the carousel and museum's event manager, reveals a carved bison named Thunder, which will be ready for its first riders Saturday morning.

Two new carved animals have joined the Historic Carousel & Museum of Albany family, and the public's invited to meet them starting at 10 a.m. on Saturday.

Wendy Kirbey, president of the carousel’s board of directors, said the latest additions are Sampson, a colorful rooster, and Thunder the bison.

“Aren’t they beautiful?” she said. “They are so different from each other, but they are just beautiful.”

“We added three, and with these two, we will be at 35 animals,” Kirbey said. “We hope to add four per year.”

Sampson, a rooster with attitude, was carved by Larry Halverson, Jack Giles and Peter Slenning. He is painted brilliant blue, orange and red. Sampson was painted by Kathryn Briggs and Sue Ann Johanson. He was adopted by the Duane and Ruth Sellon family of Albany. Their grandchildren's names are featured on his tail feathers.

Thunder was carved by the artisans behind A Carousel for Missoula in Montana. His colors are more muted than Sampson’s, but his stance exudes power.

“When we got him, our volunteers had to finish carving him, and he needed paint,” Kirbey said. “Plus, he had to lose weight.”

Kirbey said the carousel has to be balanced, so each animal has a weight limit.

“Our carvers hollowed out his head and body, and took about 100 pounds off him,” she said. “He weighs about 200 pounds now.”

Thunder was painted by Sharon Edwards, Terry Wiley and Sharon Prenoveau. He was adopted by the Gary and Brenda Burch family of Albany.

“We are so excited to add new animals and to see the carousel filling up,” Kirbey said.

Since its opening almost two years ago, the carousel has welcomed nearly 250,000 guests.

Hours are 10 a.m. to 5 p.m. every day except Tuesday, but Kirbey said the carousel has plans to be open daily during the summer months.

It takes 24 volunteers to staff each day, Kirbey said, and tours are given daily.

Kirbey said Family Night is held the first Friday of each month.

The carousel will celebrate its second birthday on Aug. 17 with a street carnival that will feature face painting and other family events.

To learn more about the Historic Carousel & Museum, visit https://albanycarousel.com.

The Historic Carousel & Museum is celebrating its second anniversary from 10 a.m. to 3 p.m. today at the museum, 503 First Ave. W., Albany.

Gallery: Opening day of the Carousel

Video: Opening Day at the Carousel

Video: Off and Running

Volunteers spent much of Thursday securing finished animals onto the carousel mechanism and taking test runs to make sure everything ran smoothly.

Video: Gearing Up for the Carousel

Workers and volunteers gathered Saturday at the Albany Historic Carousel and Museum to install the 108-year-old drive pole for the carousel itself.

Gallery: Installing Animals on the Carousel

Carvers, painters, fundraisers and other volunteers have spent the past 15 years putting together the pieces of what would become Albany's His…

Although Peggy Burris is new to the job of executive director of the Historic Albany Carousel, she isn’t a newcomer when it comes to promoting…

Gallery: Two years at the Carousel

Before the carousel started an operator rang an old-fashioned hanging bell to warn riders it was about to start.

Kasey Reinhart, the carousel and museum's event manager, reveals a carved bison named Thunder, which will be ready for its first riders Saturday morning.