NEW YORK — Before a late night rehearsal in December, Terrence Floyd couldn't remember the last time he squatted on a drum throne, sticks in hand and ready to perform.

Surely, he said, it had not happened since his brother, George Floyd, died at the hands of police in Minneapolis last May, sparking a global reckoning over systemic racism and police brutality.

Now, Terrence is lending a talent he honed as a youngster in a church band to help produce and promote a forthcoming album of protest anthems inspired by the Black Lives Matter demonstrations prompted in part by his brother's death.

"I want to pay my respects to my brother any way I can, whether it's a march, whether it's just talking to somebody about him, or whether it's doing what I do and playing the drums," Terrence told The Associated Press.

"His heartbeat is not beating no more," he said, "but I can beat for him."

The untitled project, set for release one year after George Floyd's death, follows a long history of racial justice messages and protest slogans crossing over into American popular music and culture. In particular, music has been a vehicle for building awareness of grassroots movements, often carrying desperate pleas or enraged battle cries across the airwaves.

Terrence was recruited for the project by the Rev. Kevin McCall, a civil rights activist who said he believes an album of street-inspired protest anthems does not yet exist.

"These protest chants that were created have been monumental," said McCall. "It created a movement and not a moment."

Some songs make bold declarations, like the protest anthem album's lead single, "No Justice No Peace." The well-known protest refrain, popularized in the U.S. in the 1980s, is something that millennials grew up hearing before they joined the front lines of their generation's civil rights movement, McCall said.

McCall is featured on the track, along with his fiancée, singer Malikka Miller, and choir members from Brooklyn's Grace Tabernacle Christian Center. The song is currently available for purchase and streaming on iTunes, Amazon Music and YouTube.

Godfather Records, a label run and owned by David Wright, pastor of Grace Tabernacle Christian Center, plans to put out the seven-song album. His late father, Timothy Wright, is considered the "Godfather of gospel music."

"We're mixing gospel music with social justice, to reach the masses," Wright said. "We have always been strengthened through songs, like 'We Shall Overcome' and 'Wade in the Water.' I want to put a new twist on it."

Many years before his death, George Floyd dabbled in music. He was occasionally invited to rap on mixtapes produced by DJ Screw, a fixture of the local hip-hop scene in Houston.

"If his music couldn't make it out of Houston, I'm using my Floyd musical ability to reach people in his name," Terrence said.

After George Floyd’s death at the hands of police in Minneapolis in May, several statues and monuments across the U.S. were torn down, defaced, removed or relocated.

Candace Ayers' obituary says she "was vaccinated but was infected by others who chose not to be. The cost was her life."

In his obituary, DeMonia's family urged people to get vaccinated against COVID-19.

The average person doesn't need a COVID-19 booster yet, an international group of scientists — including two top U.S. regulators — wrote Monday in a scientific journal.

Norm Macdonald, a comedian and former "Saturday Night Live" cast member best known as a host of Weekend Update, died Tuesday. He was 61.

A federal advisory panel endorsed a plan to give Pfizer booster shots against COVID-19 to those who are 65 or older or run a risk of severe disease after rejecting a plan to give extra shots to most Americans.

Real estate heir Robert Durst was convicted of murdering Susan Berman, shot point-blank in the back of the head in December 2000 as she prepared to tell police how she helped cover up Durst's wife's killing.

Idaho, one of the nation's least vaccinated states, has expanded health care rationing. The FDA strikes a cautious tone ahead of its vaccine booster debate. Get the latest.

Virginia woman gets 12 years for what could be biggest coupon scheme in U.S. history

It was described in court papers as possibly the biggest counterfeit coupon scheme in history, costing about 100 retailers and manufacturers more than $31 million in losses.

A federal advisory panel endorsed a plan to give Pfizer booster shots against COVID-19 to those who are 65 or older or run a risk of severe disease after rejecting a plan to give extra shots to most Americans. 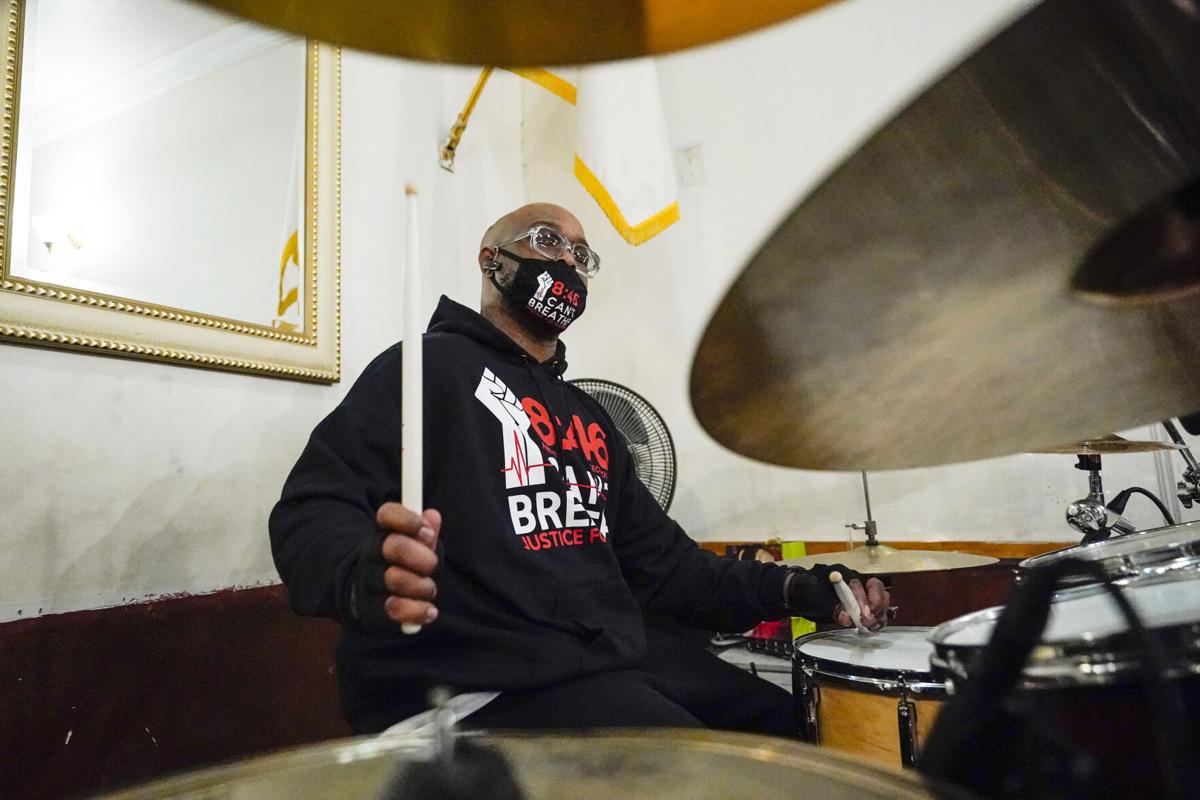 Terrence Floyd, brother of George Floyd, plays the drums with other artists during a recording session for an album of protest songs in New York. A full album of songs is set for release in May, one year after George Floyd’s death at the hands of police in Minneapolis. 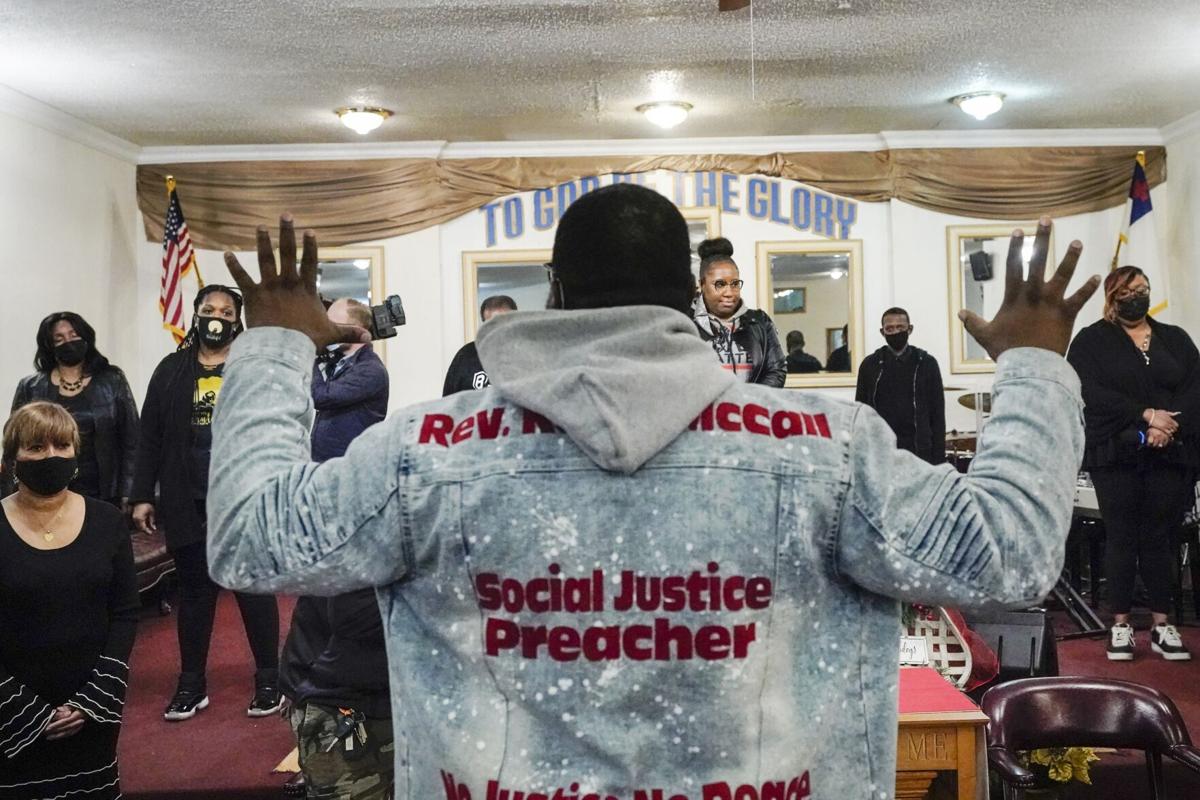 The Rev. Kevin McCall leads a prayer before a recording session for an album of protest songs. 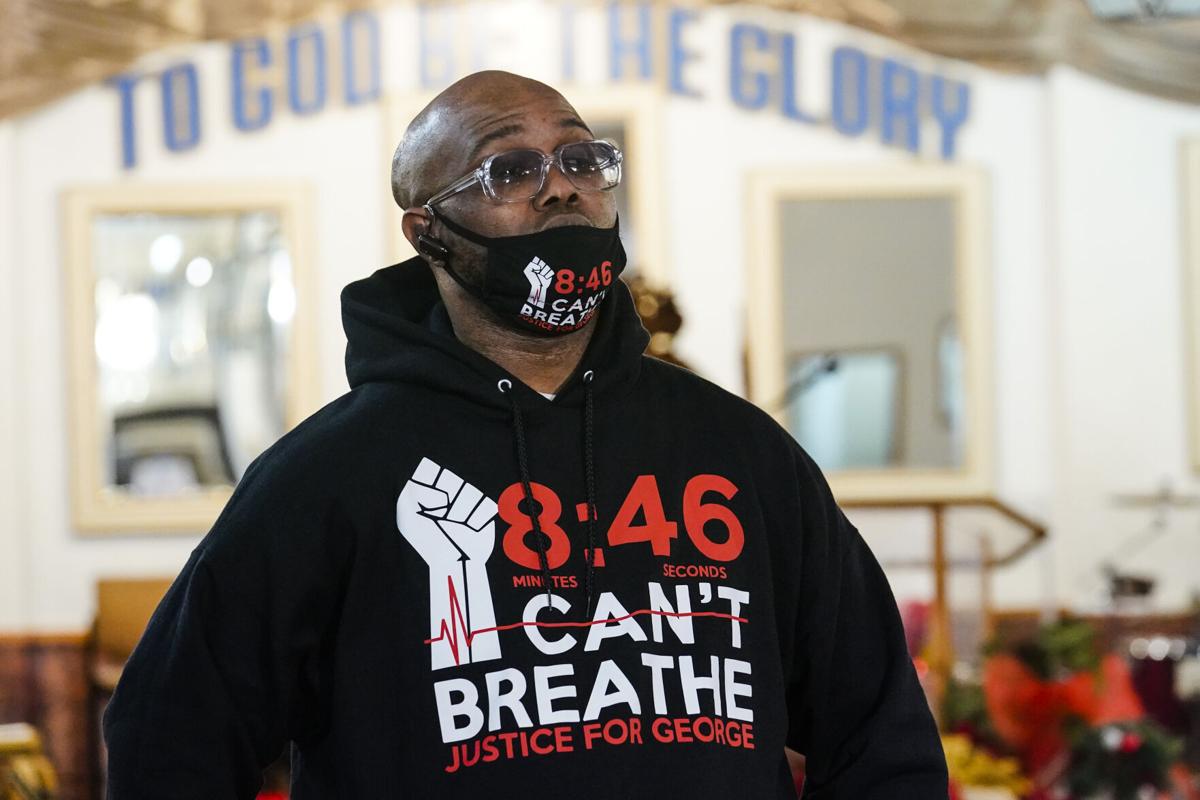 Terrence Floyd, brother of George Floyd, after playing drums in a recording session for an album of protest songs: "His heartbeat is not beating no more, but I can beat for him."