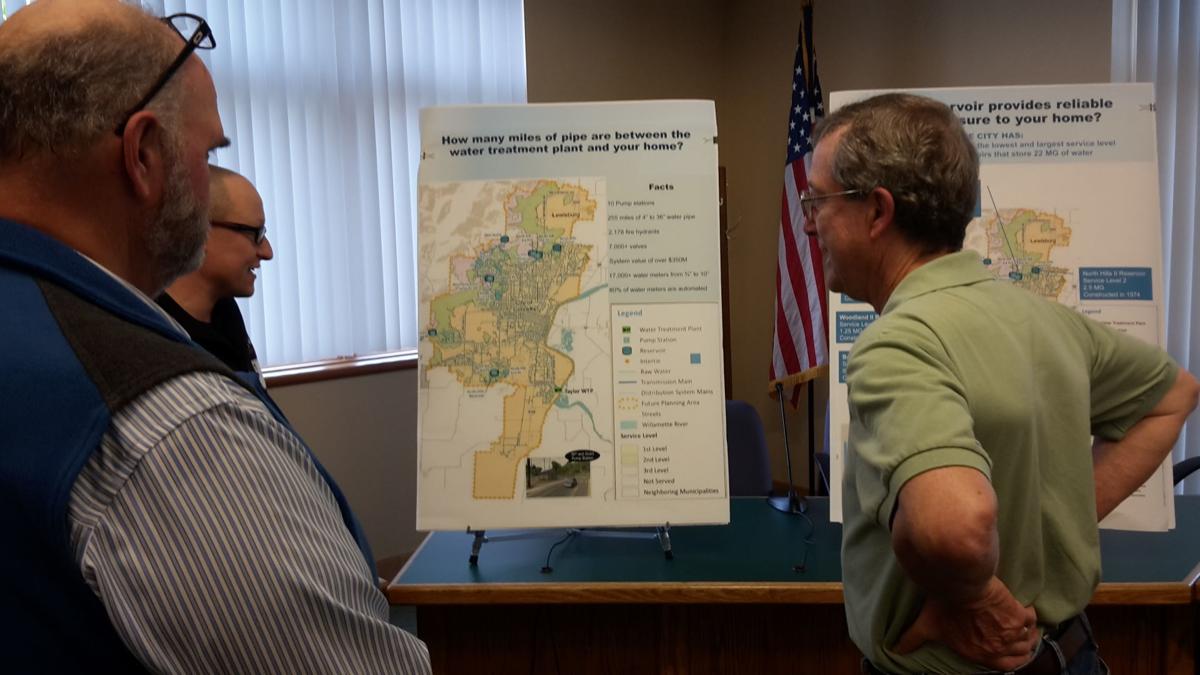 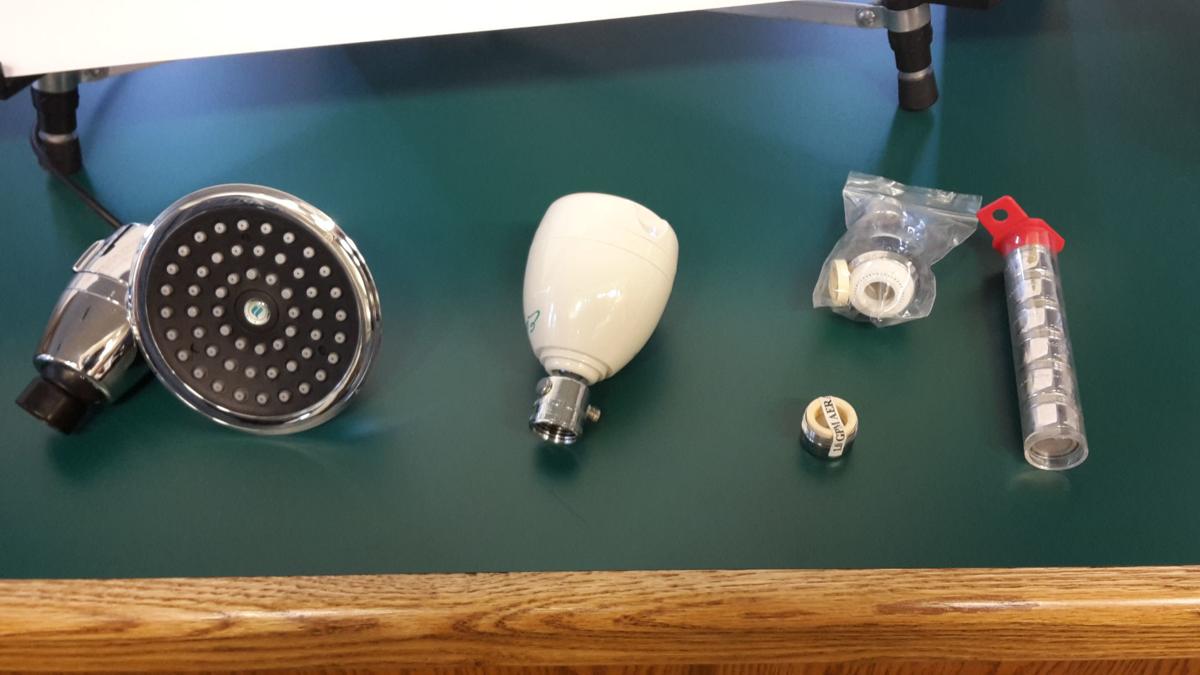 The Corvallis open house on its water master plan update included fixtures that are designed to conserve water.

Corvallis residents on Thursday received their first opportunity to chime in on the city’s water master plan update.

City staff and project consultants held an open house at the downtown fire station where they shared information on the current status of the water system and where it might be headed in the future.

The three-year process is costing the city $1.8 million. A second open house will be organized for the 2020-21 fiscal year (see timeline with the online version of this story). That session will give residents a shot at offering feedback on elements of the draft plan. This planning process only covers drinking water, said Mary Steckel, director of Public Works. Steckel noted that stormwater and wastewater plan updates will be scheduled later.

“We’re trying to understand community values and then have the community give us feedback when we have a draft,” said project manager Adam Steele of the city’s Public Works Department. “There is an education component on the water system as well as a planning effort.”

Tom Hubbard, city Utilities Division manager, added that “we are trying to connect with the public and hear their thoughts on how we are doing at providing them with clean, safe drinking water. We want to hear what matters to them.”

One of the information boards featured details on plans for later this year to replace two above-ground pipes that cross the Marys River, one along the bridge on 15th Street that leads to Avery Park and the other on the Highway 99W/Fourth Street bridge that heads into downtown. The project on Fourth is scheduled for July through September, with the 15th Street work set for July through November. The work is being done to make the water system less vulnerable in an earthquake.

“One of the main things to worry about is the potential of an earthquake,” said resident Rollie Baxter. “With climate change and what might happen to the Willamette it’s good that they are looking at it now. We’re at the leading edge of what to do about climate change and what that does to our water system and water resources.”

Mayor Biff Traber, meanwhile, was looking at a chart about precipitation projections and challenges the system might face in a major earthquake.

“I’m just trying to learn a little bit,” said Traber, who asked consultant Jude Grounds of Carollo Engineers about what might happen to precipitation in Corvallis if climate change models come to pass.

Grounds said that overall rainfall will be the same, but the snowpack will be reduced and that the Willamette Valley should expect “stronger rain, more Florida bursts rather than Oregon drizzle.” Grounds added that reservoir levels could plunge, leading to more mud to worry about, as well as landslides and fires.

The earthquake impact piece was sobering. Grounds said that projections show potable water might be absent for three to six months. But he also noted that the Oregon Resilience Plan, a statewide effort, has a goal of reducing that window to one to two weeks.

First-term Ward 9 Councilor Andrew Struthers also was on hand and said that, like Traber, he was at the open house “to learn about the system.” Struthers also noted that project managers will be giving regular updates to the council at public sessions.

The city of Corvallis has a special page on its website for information on the water master plan update. See https://www.corvallisoregon.gov/publicworks/page/water-master-plan-update. You can choose to participate in a community survey for the next week. Residents also can review “supporting documents” that are part of the process, and city officials plan to add the charts and poster boards that were used at Thursday’s open house.

The city of Corvallis is embarking on a three-year project to update its water master plan.

“We really like the forest and want to talk about it,” said Jessica McDonald.

The city of Corvallis is working through bids that will pay for replacement valves on the city’s main water reservoir on the slopes of Marys Peak.

The Corvallis open house on its water master plan update included fixtures that are designed to conserve water.