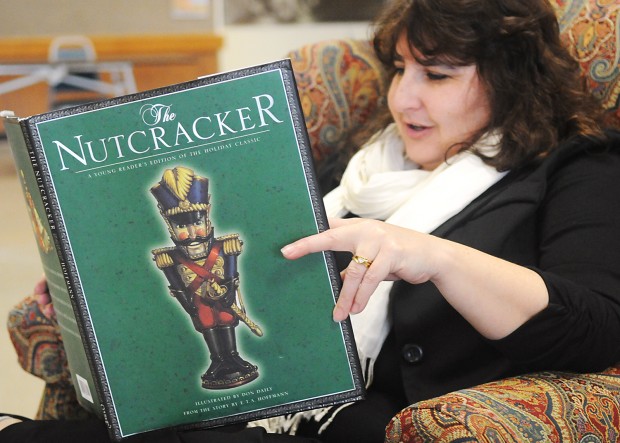 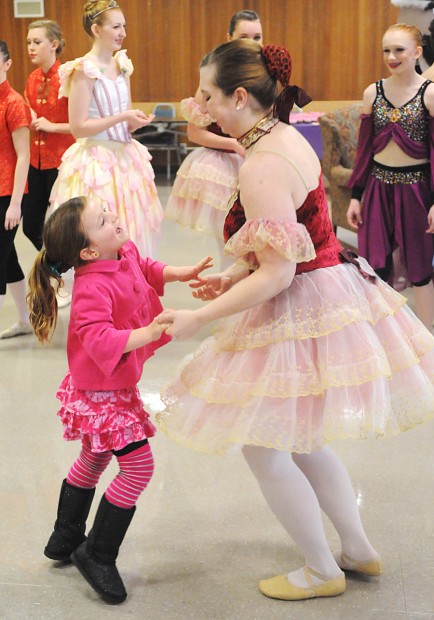 The venue for the ballet performance was unorthodox — the Linn-Benton Community College cafeteria — but that didn’t matter to  9-year-old Ella Galvan. She zoned in as Claire Patla danced on Saturday afternoon.

After all, Patla, 30, of Portland is the Sugar Plum Fairy in “The Nutcracker.”

“I want to be the Sugar Plum Fairy someday,” said Galvan, a fourth-grader at Oak Elementary School.

“I want to be Clara,” added Jenna Nyquist, a fourth-grader at Albany Christian School.

For now, the two girls will have to settle for being bon bons and dainty trees in Legacy Ballet’s “The Nutcracker.”

Before a Saturday matinee performance, Legacy Ballet held the Sugar Plum Fairy Ball, which included the cafeteria performance by Patla.

The event gave children a chance to hear the story of “The Nutcracker,” watch some dances, eat snacks and meet older cast members.

Galvan and Nyquist were attending with about 10 other elementary school students, and they were wowed by Patla.

About 85 people are in the cast of “The Nutcracker,” said Heather Hill, owner and director of Legacy Ballet. She added that dancers from throughout the community can audition for the ballet, not just those belonging to her studio.

This is the first year performing “The Nutcracker” for Legacy, and Hill said she wants it to become an annual event at LBCC. The same goes for the Sugar Plum Fairy Ball.

Hill expects many more people to attend the ball in the future.

Judy Thomas of San Miguel, Calif., brought her grandchildren to the ball and said she had a great time.

“I don’t know what they think,” she said, laughing, as her grandchildren, Ethan Foose, 5, and Anabella Foose, 3, of Lebanon t alked with performers.

“I love seeing all the dancers. I’ve seen ‘The Nutcracker’ several times.”

Thomas did ballet when she was younger. And she’d love it if her granddaughter danced as well.

Psaki on gasoline shortage: 'The end is in sight'

Psaki on gasoline shortage: 'The end is in sight'

Multiple agencies responded to a large structure fire in Tangent on Saturday afternoon, at approximately 12:40 p.m. The cause of the fire is u…

Beaverton man charged with robbery for I-5 incident near Millersburg

A Beaverton man was charged with first-degree robbery and other crimes on Friday in Linn County Circuit Court.

COVID-19 outbreaks are occurring at 30 mid-Willamette Valley schools and 127 people have contracted the illness at those hot spots, according …

Brown drops masks for those vaccinated, per CDC

Celebrate Nurses: Bryant caring for mothers he tended at birth

Initial site work has finally begun on the Mid-Valley Intermodal Center in Millersburg, after a yearslong process of planning and competing ag…