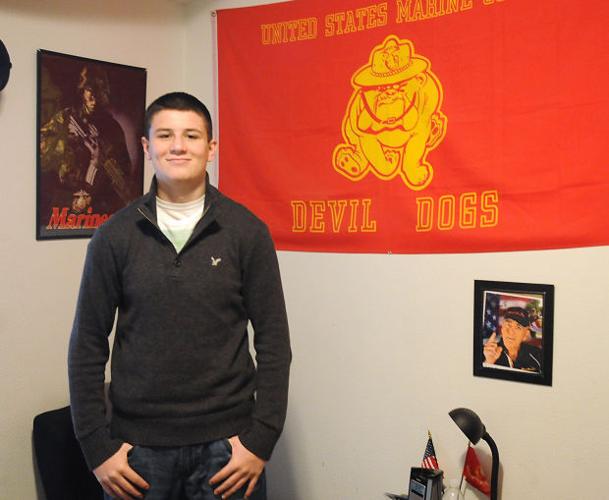 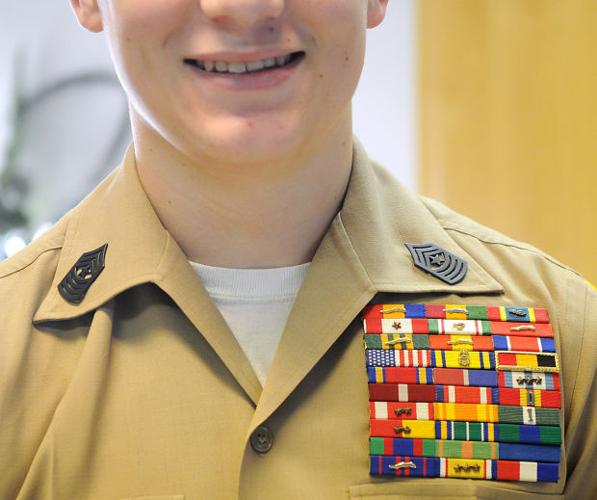 Sweet Home High School junior Ian Search has been named Young Marine of the Year for the western United States.

In May, the 16-year-old will go to Reno and compete against five other regional winners for the national Young Marine of the Year award.

“(The award) came as a really big surprise to everyone,” Search said. “Honestly, when I was first told I was receiving the award, I didn’t have words to describe it.”

Search became involved with the Young Marines when the Linn-Benton unit formed in 2008. He’s the only Young Marine from the first boot camp who is still involved in the program.

Over the years, he’s taken a leadership role. He said he spends about 10 to 15 hours a week volunteering for the Young Marines, and that’s on top of school, chores and participating in wrestling.

“It’s not easy. You have to be committed to it,” Search said.

In the past year, Search was one of 400 students selected to participate in a youth leadership conference in Washington, D.C.; completed an advanced leadership school for Young Marines; attended a Young Marines symposium in Washington, D.C.; and spoke to the Linn County Commissioners and the Sweet Home City Council about reducing drug use and demand.

“He also does peer tutoring for his school ... and he has an excellent grade point average. He’s a well-rounded youngster,” said Michael Wilson, Sixth Division commander for the Young Marines, which includes Oregon and seven other western states.

Wilson couldn’t remember another Sixth Division Young Marine of the Year from Oregon.

Search said the Young Marines has taught him leadership and other life skills, including dealing with a variety of people.

“What you learn in the Young Marines is just so valuable in your life, no matter where you go,” he said.

Search is planning to go to college, and wants to find a Naval ROTC program with a Marine option.

“This has been one of my son’s goals since he learned about the Young Marines program. He’s worked very hard to achieve it,” Jim Search said.

Jim Search gave credit to Don Austin of Sweet Home, the Young Marines unit commander, for helping to shape his son into a leader.

“We hear so much about young people from the big metropolitan areas,” Austin said. “Here’s a young lad from Sweet Home who is competing with the very best in the nation.”

The Sixth Division of the Young Marines includes 2,000 members.

There are 12,000 Young Marines throughout the country.

The Linn-Benton unit has about 25 members, most of them from Linn County.

Kyle Odegard graduated from Portland State, has been a journalist for 20 years and is currently news editor and an editorial board member for Mid-Valley Media. Hiker, skier, gardener, food-to-table fan.