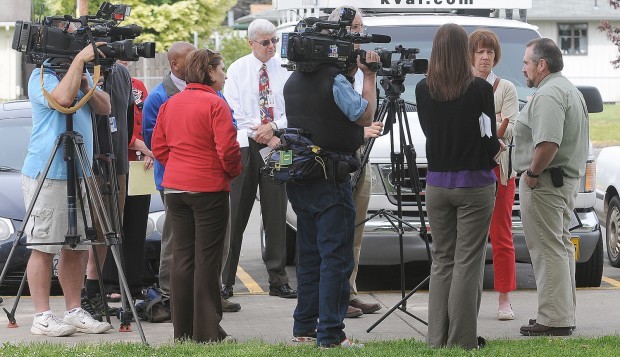 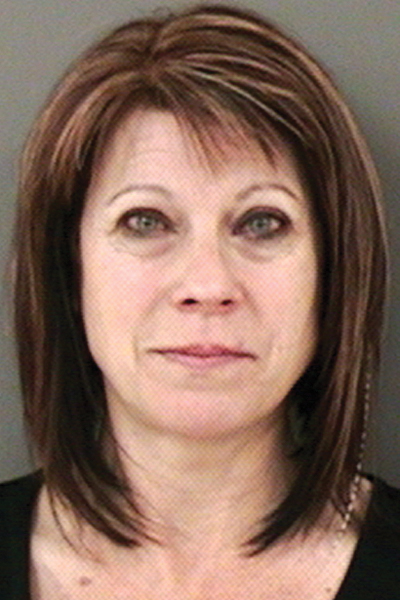 Judge Tom McHill set security at $250,000 for Heidi J. Hyre, 51, of Albany, and appointed Kent Hickam to be her attorney. Heidi Sternhagen will be the prosecutor in the case.

Hyre’s next court appearance is June 11.

Hyre turned herself in to Albany police Tuesday following an investigation that began in February. She was charged with three counts each of using a child in a display of sexually explicit conduct, three counts each of encouraging child sexual abuse in the second degree, and one count each of luring a minor, sex abuse in the third degree and contributing to the sexual delinquency of a minor.

Deputy District Attorney Michael Wynhausen said that according to the investigation, Hyre had intercourse with one of the young men in December and the two exchanged 1,300 text messages, including sexually explicit photos.

He said Hyre also requested nude photos of the other two teens and “apparently conspired with the young men” to make it seem as though nothing was going on.

Speaking through a video link from the Linn County Jail, Hyre told McHill she and her husband are going through bankruptcy and trying sell their home while supporting children in college. She said she did not feel as though she and the teens were conspiring.

“I don’t feel comfortable here. I’m scared to death. I probably should be,” she added, wiping away tears. “I just want to go home and see my kids.”

Hyre’s husband, Steven Hyre, is a physical education teacher at Albany’s Timber Ridge School. They were married in 2005. The Hyres are former owners of Loafer’s restaurant.

Heidi Hyre is on paid leave from her position as a library assistant and state testing coordinator for South Albany High.

She joined Greater Albany Public Schools in October 1999, working as an education assistant and a special education assistant at Oak, Takena and Central elementary schools before being laid off in 2003. She was recalled  to South Albany later that year, resigned in 2006, then was rehired at South in 2008.

The case prompted a news conference arranged by the school district Wednesday.

South senior Megan Sledge, 18, a student aide of Hyre’s, said Hyre was a popular educator, friendly and easygoing. She would leave her door open during lunch and breaks for students to visit.

Sledge said she’d heard rumors that Hyre was having inappropriate contact with students, but “I kind of just didn’t want to believe anything, so I kind of just kept them out of my mind.”

Superintendent Maria Delapoer said the district investigated the initial rumors. The arrest, she said, was the result of “additional information provided by a former student that led to more explicit evidence.”

That student, Delapoer said, is one of the three but has since moved to a different community. The other two are current students who were 17 at the time the alleged contact occurred.

Principal Brent Belveal said parents were notified of Hyre’s arrest Tuesday night through an email he sent to everyone on the school’s mailing list. Students were told by teachers during first period Wednesday.

The case prompted a news conference arranged by the school district Wednesday.

Delapoer, superintendent of Greater Albany Public Schools, talks with the media Wednesday, May 30, a day following the arrest of Heidi Hyre, S…

Belveal speaks to the media Wednesday, May 30, a day following the arrest of library educational assistant Heidi Hyre on sex abuse charges.

Sledge, a senior and leadership student, talks with the media Wednesday, May 30, a day following the arrest of library educational assistant H…