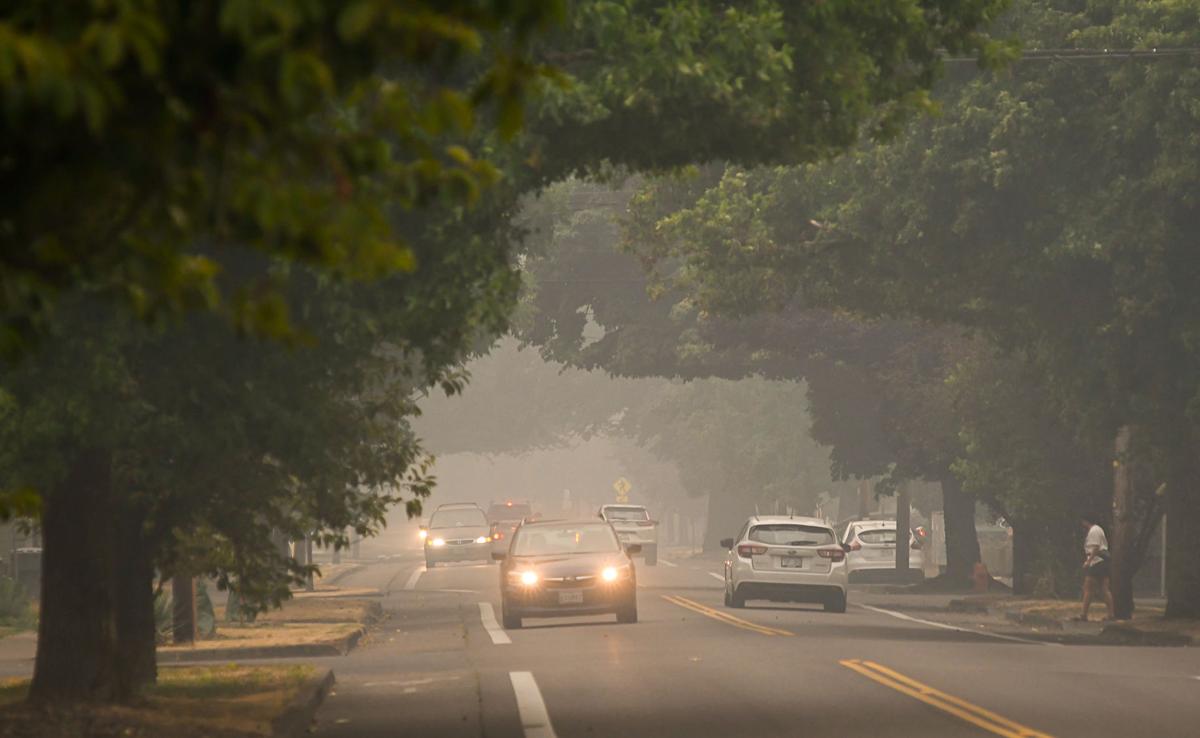 Vehicles on Western Boulevard in Corvallis drove with headlights on as smoke from the Cascades darkened the valley early on Monday night. 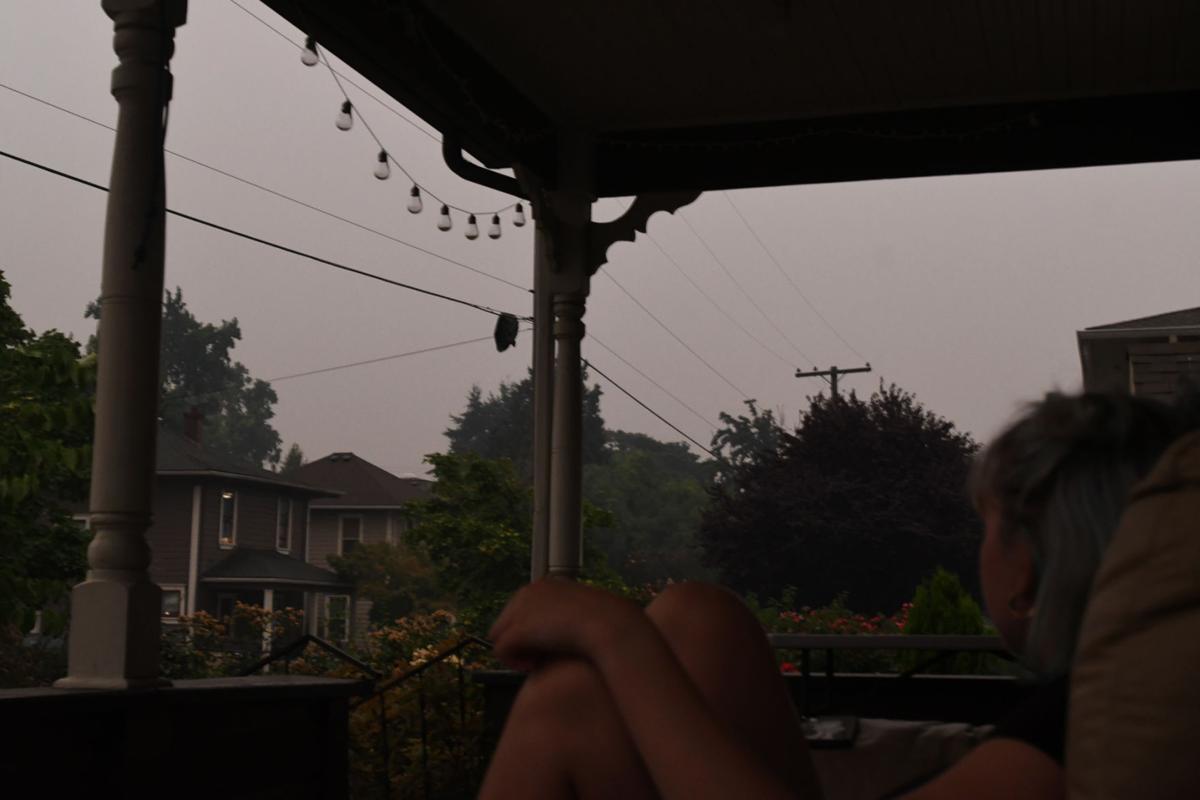 Isabelle Brookes of Corvallis sits on her front porch while smoke blows through Corvallis, Oregon from wildfires in the Cascade Mountains. "There's ash in the air," says Brookes, "It's kinda creepy and cool." 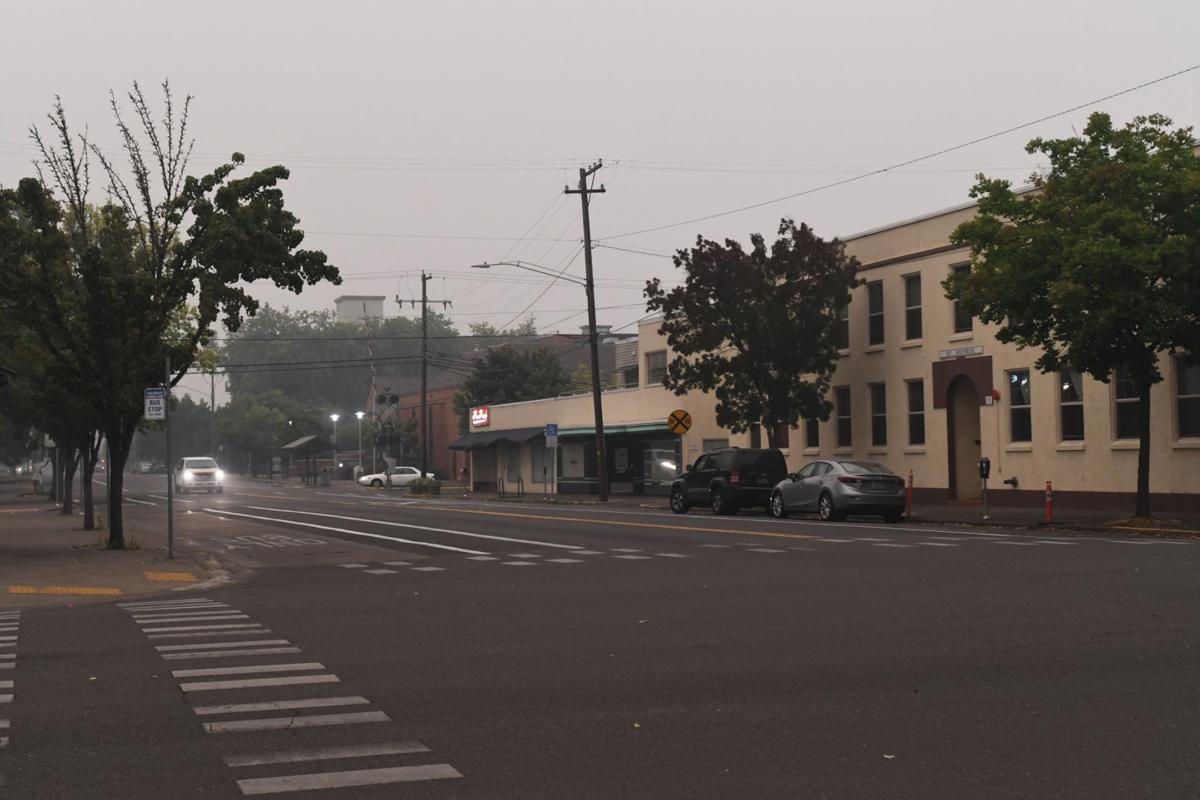 Vehicles had their lights on early on Sunday night in Corvallis due to low visibility from smoke that poured into the area from the Cascade Mountains. 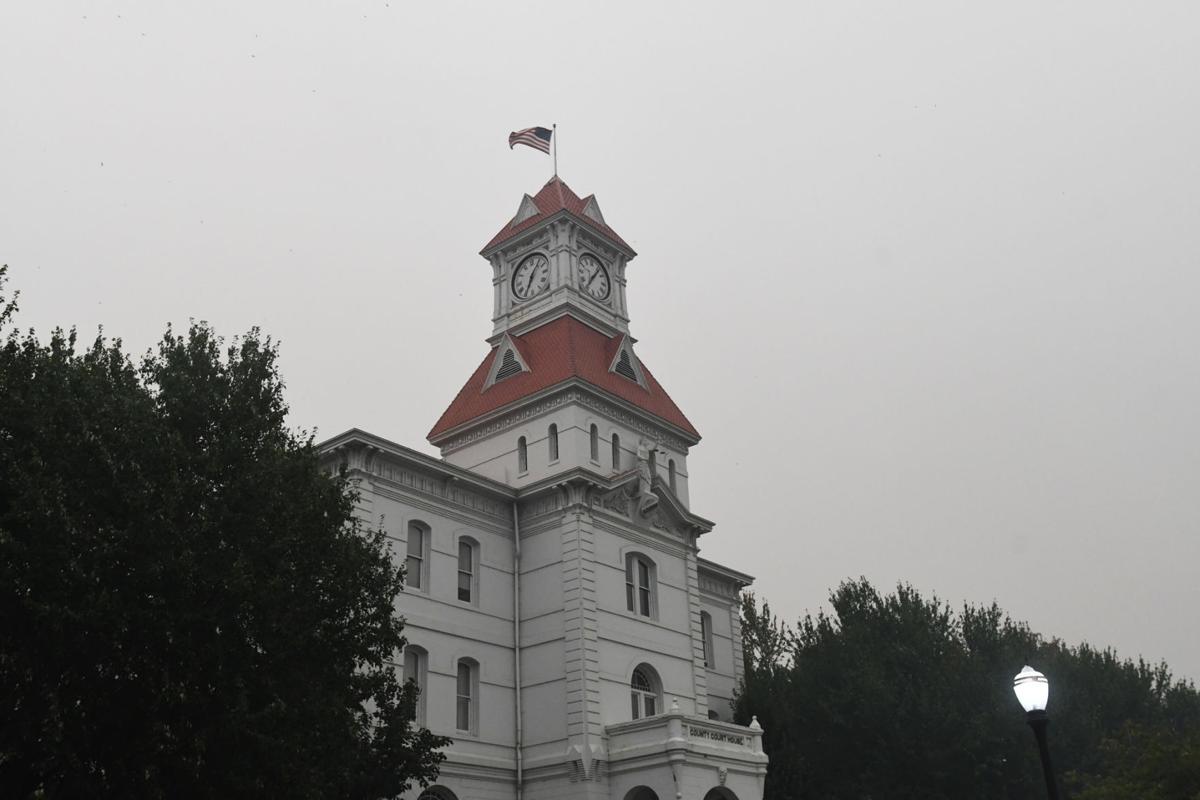 Smoke blows over Corvallis, Oregon from wildfires in the Cascade Mountain Range.

Thick smoke poured into the mid-Willamette Valley from forest fires outside the area on Monday night.

Jason Bolen, division chief with the Lebanon Fire District, said east winds were pushing smoke into the valley from wild fires in the Sisters area and elsewhere in the Cascades.

“There are some fires in southeast Washington, and their smoke is pushing to Central Oregon, so that’s probably pushing down to us, too,” he added.

The Lebanon Fire District had no significant fires as of 7:30 p.m. on Monday, nor did Albany. The city of Albany noted in a social media post that the region could even see falling ash from the Cascades blazes.

“We’re going to have a couple days of really high temperatures, potentially strong winds, so it’s going to be a little bit dramatic for people to see,” Bolen said. “We’re going to see some really strange weather over the next couple of days.”

The National Weather Service issued an air quality alert for the Willamette Valley through 5 p.m. Tuesday, warning that smoky conditions will cause air quality to reach unhealthy levels at times.

Pollutants in smoke can cause burning eyes, runny nose and aggravate heart and lung diseases and other health problems, the alert states. Residents should avoid strenuous outdoor activity and stay indoors if possible, with windows and doors closed. Bolen urged residents with respiratory issues to stay inside.

The National Weather Service also is warning residents and about high fire danger.

A red flag warning issued by the agency remains in effect through 8 p.m. Wednesday for the Coast Range through the foothills of the Cascades. The notice includes the communities of Alsea, Corvallis, Albany, Lebanon and Sweet Home.

Outdoor burning is currently not allowed in Linn and Benton counties.

Hot and dry conditions are expected, combined with easterly winds, but the breezy weather will slow down and ease by Wednesday. Conditions will be favorable for rapid fire spread which may threaten life and property. Use extra caution with potential ignition sources, especially in grassy areas.

Higher elevations near Sweet Home could be hammered by gusts of up to 60 mph, according to the National Weather Service. A high wind warning for parts of the Sweet Home area and Cascade foothills above 1,000 feet has been issued from 5 p.m. Monday to 1 p.m. Tuesday. The high wind warning notes that damaging winds could blow down trees and power lines, and widespread power outages are expected.

People should avoid being outside in forested areas and around trees and branches, according to the high wind notice.

For the Albany-Corvallis areas, winds are expected to hit 13 to 16 mph on Tuesday, with gusts of up to 29 mph, the National Weather Service predicts.

That’s followed by sustained winds of 8 to 15 mph with gusts of up to 25 mph on Tuesday night.

Winds are expected to drop to about 7 mph on Wednesday on the mid-valley floor.

In Albany and Corvallis, the temperature is expected to top out at 93 degrees on Tuesday, climb to 98 degrees on Wednesday, then drop to 96 degrees on Thursday, according to the National Weather Service forecast.

The agency also has issued a heat advisory for the central Coast Range, including Alsea and Burnt Woods, through 11 p.m. Tuesday. The heat advisory is due to expected temperatures in the high 80s to mid-90s. Residents should drink plenty of fluids, stay out of the sun and take precautions if they are working outside.

A fire erupted at the Pacific Boulevard overpass in Albany on Wednesday afternoon, temporarily shutting down the eastbound on-ramp and the roa…

SWEET HOME — By early Monday afternoon, more than 50 firefighters — including crews from the Oregon Department of Forestry’s Sweet Home unit, …

The Marion County Sheriff's Office has issued an evacuation notice for the Santiam Canyon from the community of Mehama east to Big Cliff Dam, …

SANTIAM CANYON — Wind gusts of 60 to 80 miles per hour fanned forest fires throughout much of eastern Linn County Monday evening, forcing the …

As spreading Cascades wildfires forced North Santiam Canyon residents from their homes late Monday and early Tuesday, some of them found a tem…

Vehicles on Western Boulevard in Corvallis drove with headlights on as smoke from the Cascades darkened the valley early on Monday night.

Isabelle Brookes of Corvallis sits on her front porch while smoke blows through Corvallis, Oregon from wildfires in the Cascade Mountains. "There's ash in the air," says Brookes, "It's kinda creepy and cool."

Vehicles had their lights on early on Sunday night in Corvallis due to low visibility from smoke that poured into the area from the Cascade Mountains.

Smoke blows over Corvallis, Oregon from wildfires in the Cascade Mountain Range.