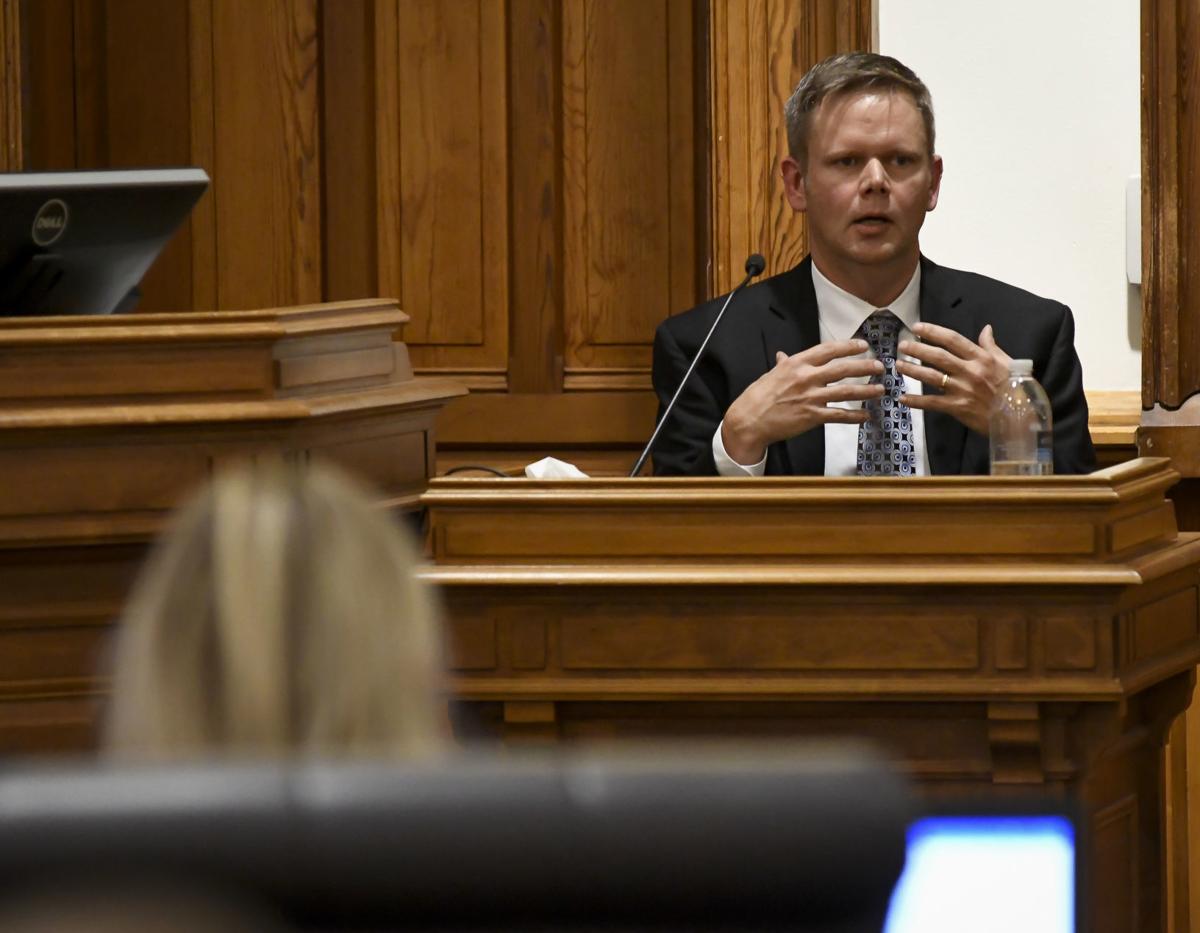 Ian Smith, an FBI forensics expert, testifies Thursday afternoon in the trial of William Hargrove, who is charged with murdering Anna Repkina near Alsea in 2017. 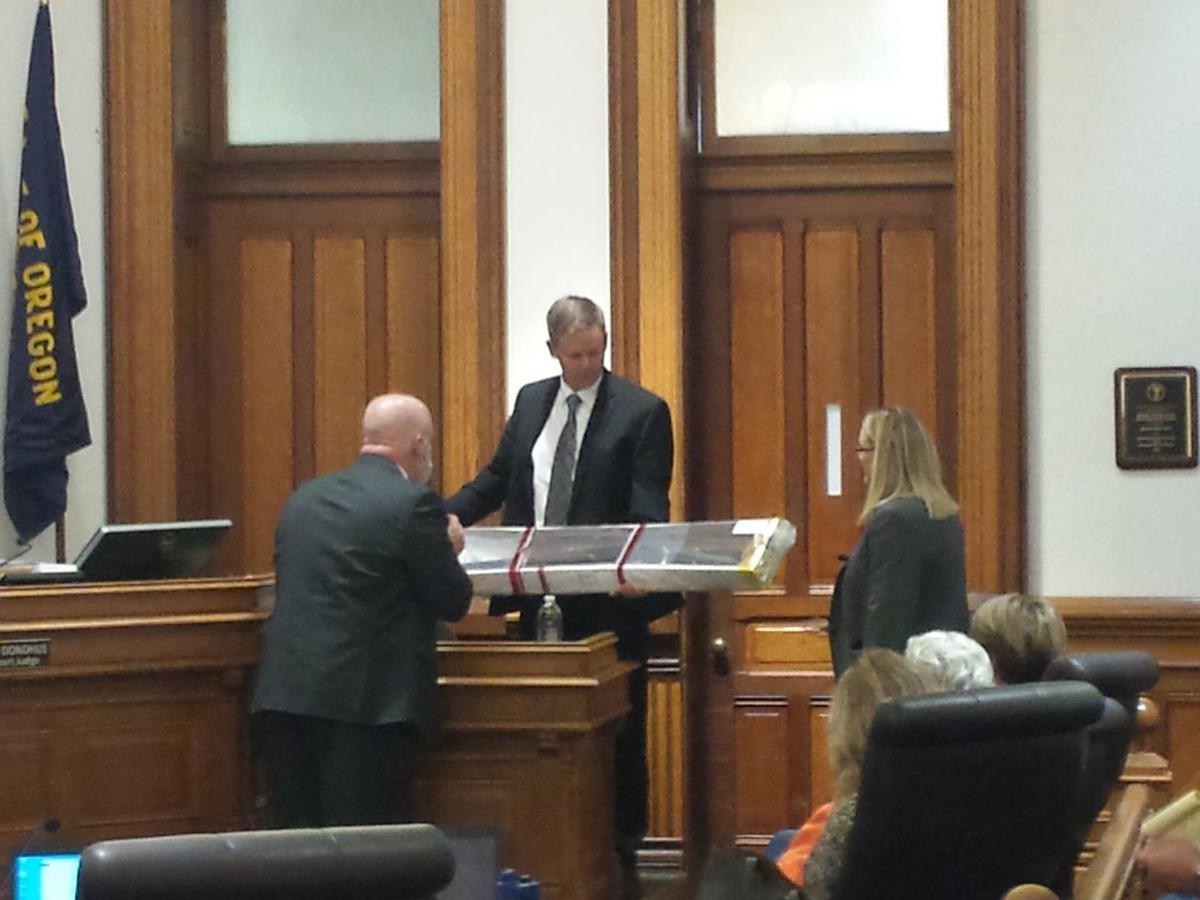 Smith displays a Model 88 Mossberg Maverick shotgun as prosecutor Amie Matusko, right, and defense attorney Mike Flinn look on. Smith testified in court on Thursday that the weapon was found in during an FBI search of defendant William Hargrove's SUV. 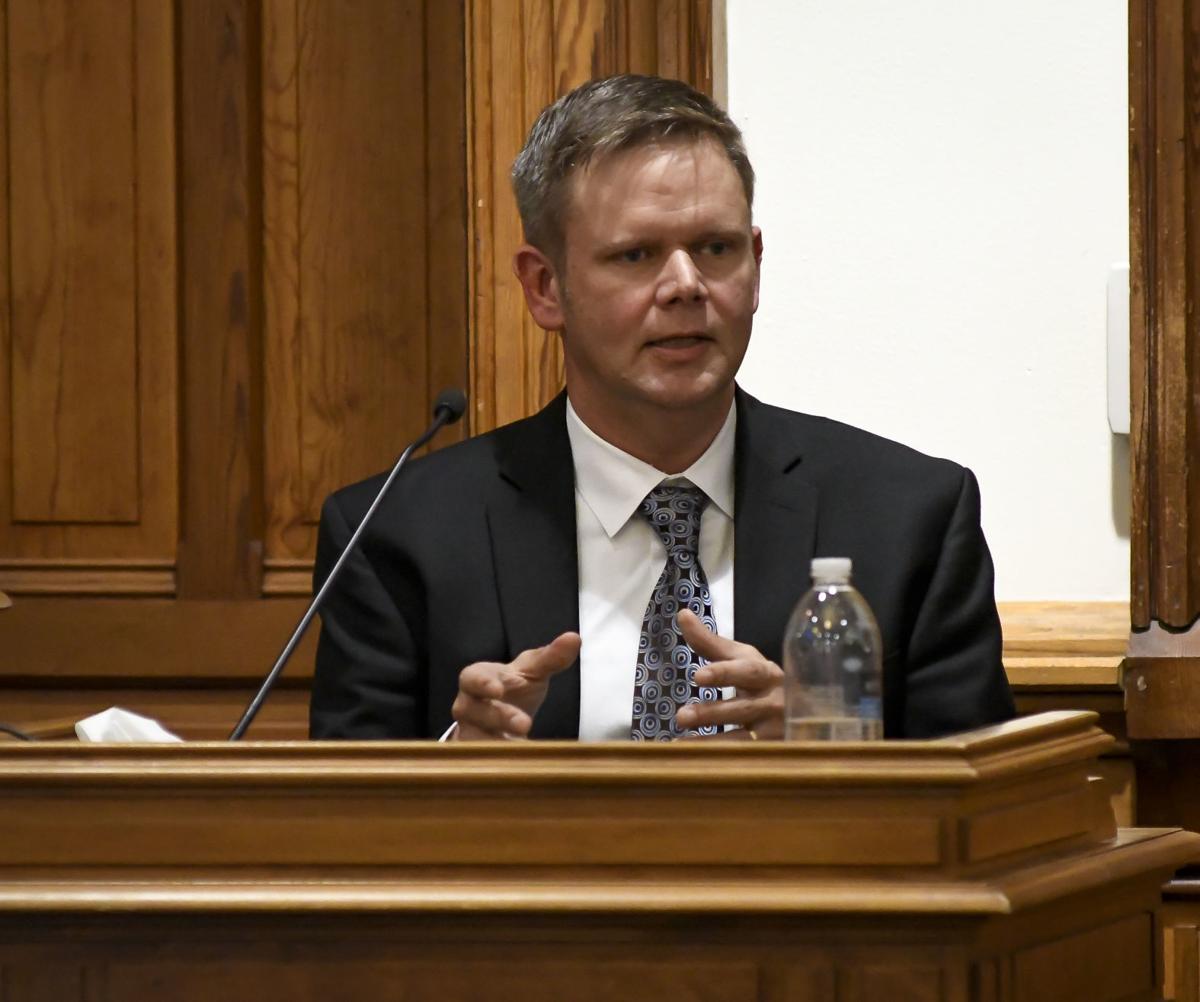 Ian Smith was one of five FBI agents and forensics experts who testified Thursday in the murder trial of William Hargrove in Benton County Circuit Court. 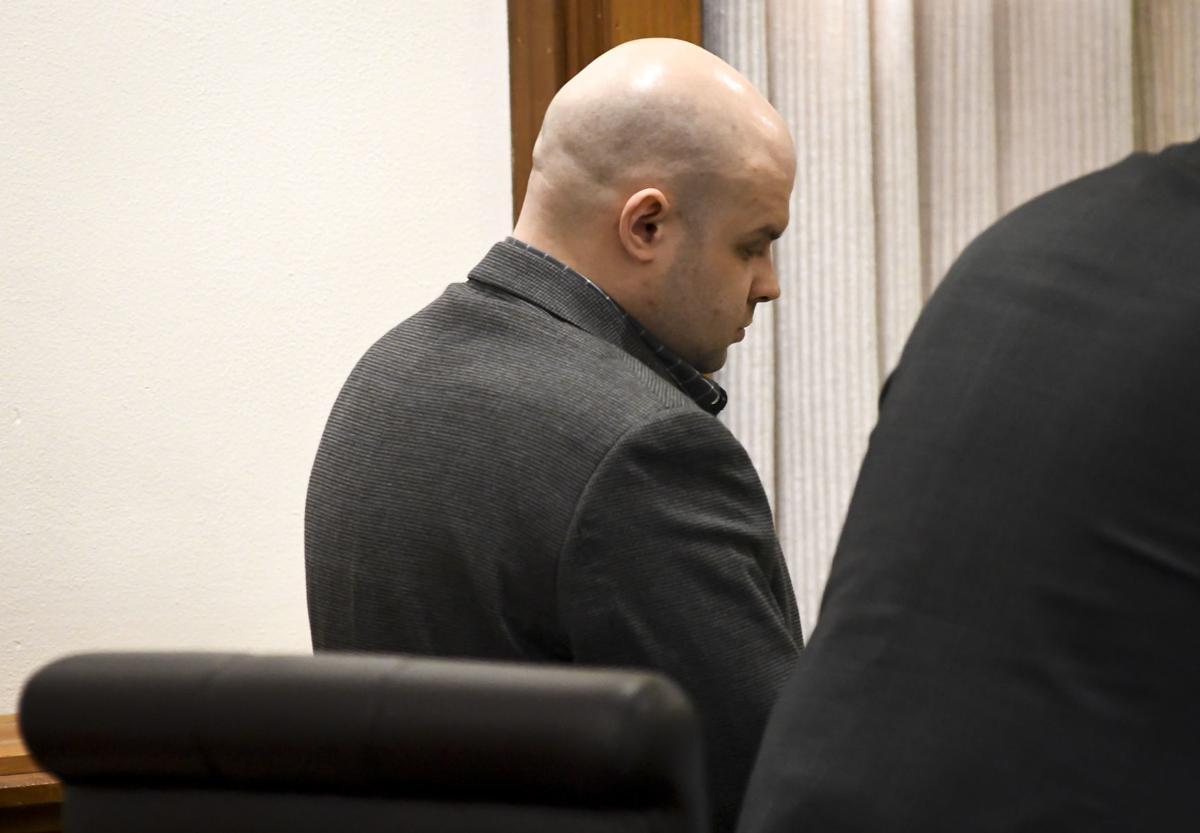 Defendant William Hargrove stands at the defense table in court in early November.

Jurors in the William Hargrove murder trial got a look at some of the physical evidence in the case on Thursday, including a pump-action shotgun found in Hargrove’s SUV.

Hargrove, 29, is on trial in Benton County Circuit Court for the murder of Anna Repkina, a 27-year-old Russian woman to whom he had been engaged. She was found dead at the end of a logging road near Alsea on April 17, 2017, killed by a single shotgun blast to the head.

The defense insists Hargrove is innocent and that Chavez killed Repkina. Chavez, who now lives in Watertown, New York, denied that allegation in court last week and has not been charged with any crime in the case.

For three hours Thursday afternoon, a parade of five FBI agents and forensics experts trooped to the witness stand to testify about the search of two vehicles: Hargrove’s 2002 Nissan Xterra and a silver Toyota Prius that belonged to Chavez.

Amie Matusko, the senior deputy district attorney for Benton County, questioned each witness in turn, taking time to establish their expertise in collecting and processing evidence in a criminal case.

Ian Smith, an intelligence analyst who led the FBI evidence response team that searched the Xterra, said both searches were conducted in a secure facility at the bureau’s Portland annex. The vehicles were transported to the facility on flatbed trucks escorted by Benton County sheriff’s deputies.

Smith testified that great care was taken to ensure all the evidence was handled properly and meticulously catalogued.

“We always wear gloves — no one is allowed to search without gloves on,” Smith said.

“If we’re dealing with trace evidence, we have everybody put on Tyvek suits (including hoods and booties),” he added. “The reason for that is we don’t want to introduce any evidence to a scene from ourselves.”

Matusko used a large video monitor in the courtroom to show the jury numerous photographs of the vehicles and their contents taken during the search process.

Photos of the Xterra showed that it was splattered with mud on the outside and littered with empty energy drink cans, soda bottles and other items on the inside.

“It was a pretty dirty vehicle,” Smith said. “Or I guess I should say cluttered.”

Among the evidence collected from the vehicle, Smith testified, was a gun case containing a Model 88 Mossberg Maverick shotgun, as well as number of spent and unspent shotgun shells.

Matusko entered the shotgun into evidence and had Smith display the weapon, which was in a box with a clear plastic cover, to the jury.

Searchers also found a purchase agreement for the SUV, signed by Hargrove and co-signed by Chavez, Smith testified, as well as a wallet containing Hargrove’s driver’s license, bank card, Social Security card, a pair of Walmart receipts and $68 in cash; Hargrove’s passport; two credit cards in the name of Anna Repkina; a bank receipt; some Russian currency; a package of cigarettes that appeared to have Russian writing on it; and a photograph of a man and a woman with what appeared to be Russian writing on the back.

Miscellaneous items found in the vehicle included a pair of "Star Wars" pajamas, a "Star Wars" Lego kit, a cellphone, a machete, a tarp, some parachute cord and a utility shovel.

Searchers also collected a Progressive Insurance Snapshot vehicle data recorder, which had been disconnected, and some hair and fiber evidence.

Several stains were found in the vehicle, but none tested positive for blood, Smith testified.

Steve Conner, a photographer with the FBI search team, testified that he took pictures of fingerprints found on the shotgun.

Special Agent Jessica Anderson, who supervised the evidence response team and also serves as a firearms instructor, said she was called in to make sure the shotgun was safe for the evidence technicians to handle. She testified that she secured the weapon, taking care to handle it in a way that would not smear any fingerprints on the gun or the case.

Special Agent Craig Mueller and FBI forensic accountant Chris Venuto were involved in searching the Prius. Both testified that a stain was found on the driver’s seat and that a portion of the seat was cut out and collected for laboratory testing.

In addition, hair and other trace evidence were collected from the car, they said.

Also on Thursday, jurors heard from Dallas Hass, who testified that he rented a Corvallis apartment to Hargrove and Repkina in early 2017.

Hass said he rarely saw Hargrove around the complex on Northwest Garfield Street but sometimes chatted with Repkina. The last time he saw her, Hass testified, was in early April 2017.

Defense attorney Mike Flinn kept his cross-examination to a minimum, as he has throughout the trial. After the prosecution rests its case, Flinn will be able to call witnesses for the defense.

The trial, scheduled to run through Nov. 22, resumes Friday before Judge Matthew Donohue.

On the night prosecutors believe Anna Repkina was murdered, the man accused of killing her went drinking at a Corvallis bar, where he appeared…

Although William Hargrove is on trial for an alleged April 2017 murder, it was his former lover who was the focus of much of his trial Monday …

After less than three hours of deliberation, a 12-person jury found William Hargrove guilty on Friday of killing his fiancée and pilfering her…

Ian Smith, an FBI forensics expert, testifies Thursday afternoon in the trial of William Hargrove, who is charged with murdering Anna Repkina near Alsea in 2017.

Smith displays a Model 88 Mossberg Maverick shotgun as prosecutor Amie Matusko, right, and defense attorney Mike Flinn look on. Smith testified in court on Thursday that the weapon was found in during an FBI search of defendant William Hargrove's SUV.

Ian Smith was one of five FBI agents and forensics experts who testified Thursday in the murder trial of William Hargrove in Benton County Circuit Court.

Defendant William Hargrove stands at the defense table in court in early November.