Packers vs. 49ers: Follow updates from the NFC Championship game 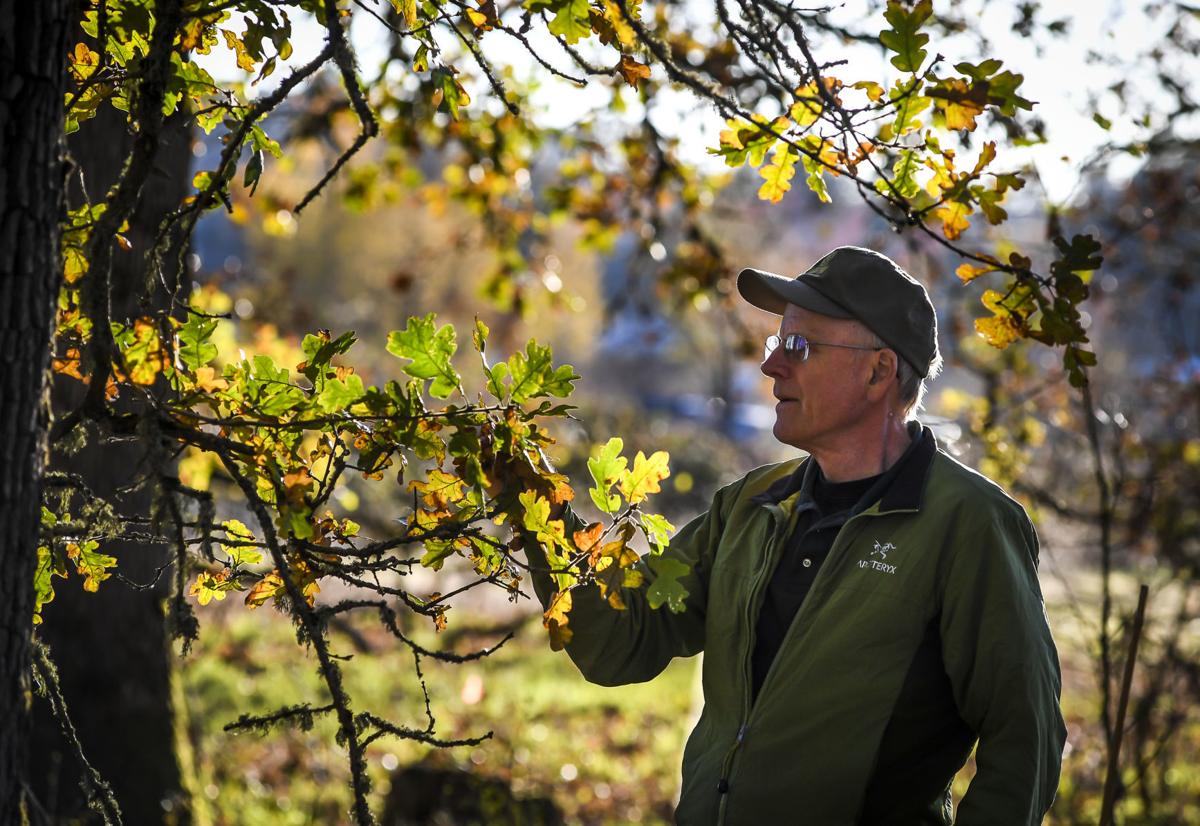 Oregon State University ecologist Bill Ripple checks on an oak regeneration study in Corvallis last week. Ripple and a group of fellow scientists from around the world have published a paper declaring a climate emergency and urging world leaders to take immediate action to avert "untold human suffering." 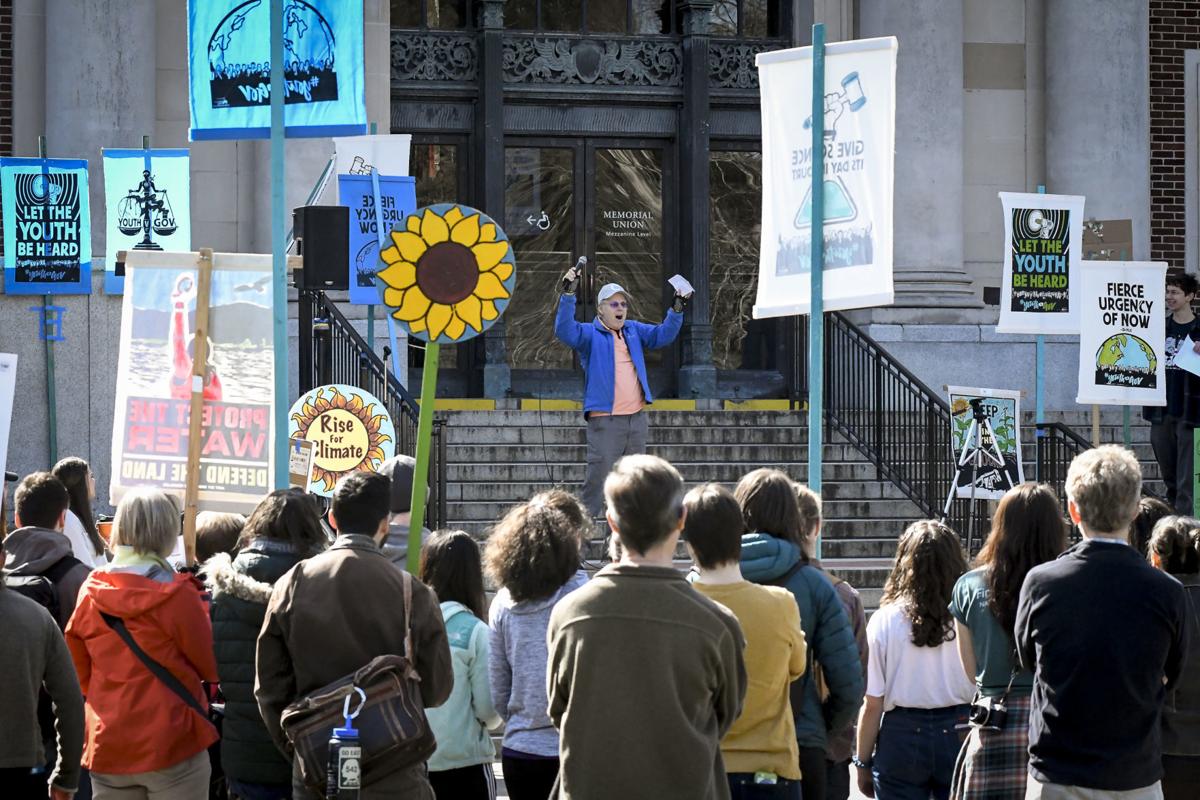 Ripple was one of the speakers at a Youth Climate Strike protest in March at Oregon State University. The OSU ecology professor has emerged as a leading scientific voice for action on climate change. 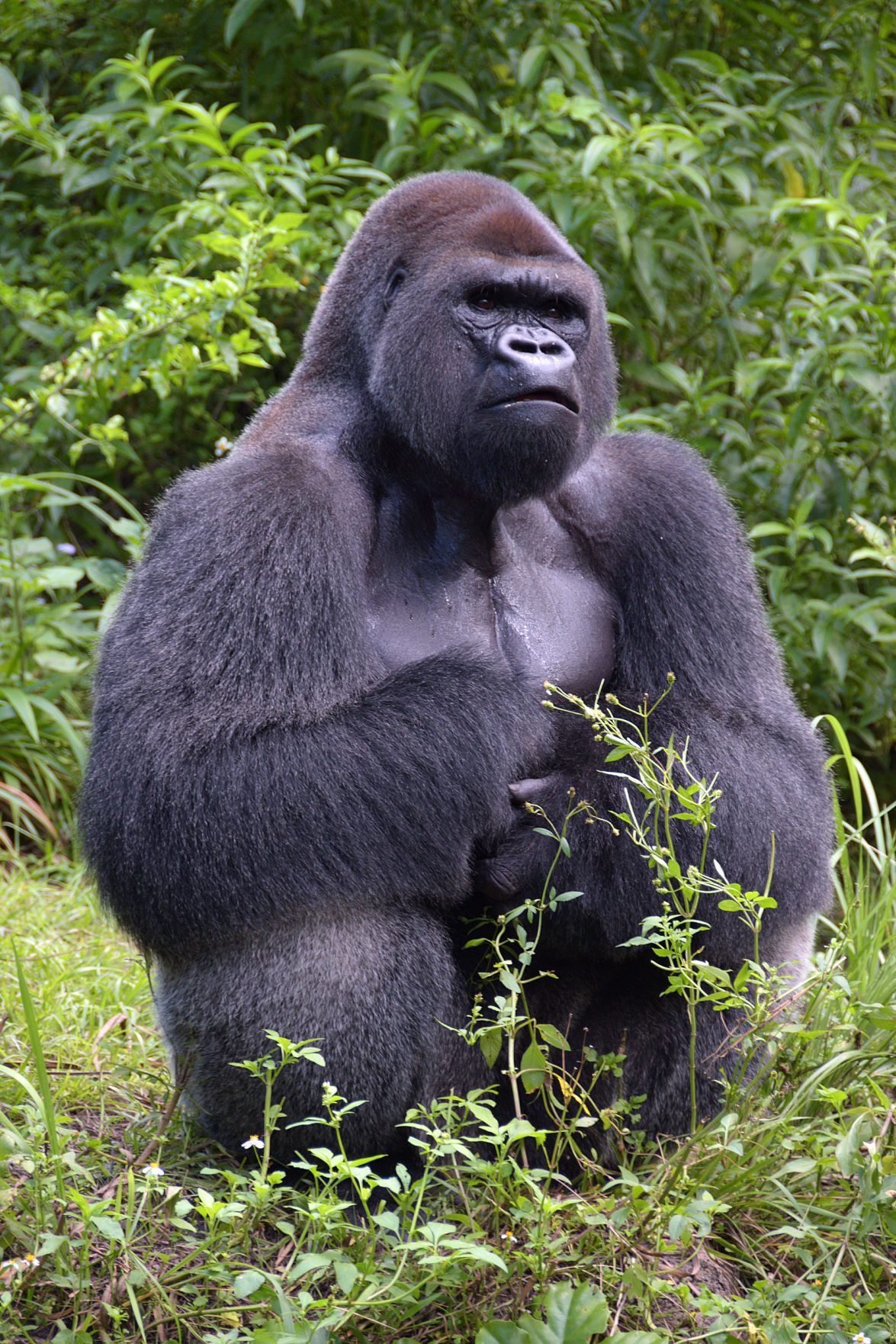 The western gorilla is one of 301 terrestrial mammals threatened with extinction in part by overhunting, according to a 2016 paper co-authored by Ripple.

Citing a “moral obligation” to speak out, a coalition of scientists led by Oregon State University ecologist Bill Ripple is declaring a global climate emergency and calling on world leaders to take immediate and drastic action to address it.

In an article published today in the journal BioScience, Ripple and four co-authors — along with more than 11,000 scientific signatories from 153 countries — turn up the volume on the warnings that scientists have been issuing since the First World Climate Conference in Geneva in 1979.

“The bottom line is, this is an urgent call to action,” said Ripple, a distinguished professor of ecology in OSU’s College of Forestry.

“We’re asking for a transformative change in the way humanity functions.”

Despite ample scientific evidence of the dangers of human-driven global warming, the paper states, greenhouse gas emissions are still rising, climate change is accelerating even faster than anticipated and its effects are even worse than many scientists had feared.

“An immense increase of scale in efforts to conserve our biosphere is needed to avoid untold suffering due to the climate crisis,” the article contends.

The article, titled “World Scientists’ Warning of a Climate Emergency,” provides a set of 15 simple charts showing human activities that have contributed to climate change over the past 40 years, from carbon dioxide emissions to human population growth, per capita meat production, deforestation, energy consumption and fossil fuel subsidies.

There are 14 more charts that measure changes in the climate and related planetary systems, including levels of greenhouse gases such as carbon dioxide and methane, the thickness of glaciers and ice caps, fluctuations in sea level and frequency of extreme weather events.

Together, the authors write, the charts are intended to act as a set of “vital signs” that communicate the state of the planet’s health in a way most people can understand. They urge widespread use of the measurements to spread awareness of the climate crisis and provide policymakers, business leaders and the general public with the data they need to help them “act to sustain life on planet Earth, our only home.”

To that end, the article also calls for “bold and drastic transformations regarding economic and population policies.” The recommended actions fall into six categories:

• Energy: Quickly implement massive energy efficiency and conservation practices; replace fossil fuels with renewables; leave remaining stocks of fossil fuels in the ground; and pursue “negative emissions” through technologies such as carbon extraction at the source and capture from the air as well as enhancing natural systems.

• Nature: Protect and restore Earth’s ecosystems. Up to one-third of 2030 emissions reductions targeted in the Paris accords could be achieved by protecting plants, animals and microorganisms that sequester and cycle carbon, halting deforestation and pursuing reforestation “at enormous scales.”

• Population: The global population, currently growing by more than 200,000 per day, “must be stabilized — and, ideally, gradually reduced — within a framework that ensures social integrity,” the authors write. To do that, they recommend universal family-planning services and full gender equity, in part by ensuring that girls and young women of all nations have access to primary and secondary education.

For Ripple, who spent much of his academic career studying how the reintroduction of wolves in Yellowstone National Park impacted other animal and plant communities, the article is the latest in a string of journal publications that go well beyond the scientist’s traditional role as a detached observer and enter the realm of political advocacy.

He made headlines all over the world in 2017 as the lead author of another BioScience article titled “World Scientists’ Warning to Humanity: A Second Notice,” a 25th anniversary update of a landmark 1992 publication by the Union of Concerned Scientists that sounded the alarm on an unfolding global environmental crisis.

The original “Warning” was noteworthy in part because of the fact that some 1,500 scientists appended their signatures to it, a highly unusual step. Much to Ripple’s astonishment, his update has drawn more than 17,000 co-signers from 184 countries.

The 2017 article became one of the world’s most frequently cited scientific papers and led to the creation of www.scientistswarning.org, a website where people can endorse the article’s principles and come together to collaborate on environmental activism. It also spawned an organization called the Alliance of World Scientists, which now has more than 20,000 members, to do follow-up papers focused on climate change and other environmental threats.

“This is very different than studying the effects of wolves in Yellowstone,” Ripple acknowledged. “But I just couldn’t go on doing my business as usual.”

Ripple refers to his new approach as “evidence-based advocacy,” which he defines as building on scientific research to find solutions to pressing environmental problems such as climate change and create a program of outreach to policymakers and the public.

“What I think is important is for scientists to have their recommendations based on data and scientific analysis, rather than just arm-waving,” he said.

The world has long since passed the “tipping point” of 350 parts per million, the level of atmospheric carbon dioxide widely considered the maximum to avoid runaway climate change.

But even if world leaders have failed to enact effective policies to reverse that alarming trend, Ripple said, he’s encouraged by developments such as the climate strike movement led by Swedish schoolgirl Greta Thunberg, the progress of climate lawsuits in various court systems and the climate emergency declarations approved by a number of local governments. A similar declaration was introduced earlier this year in Congress.

“Some of my colleagues and I think we are now entering into what we call a social tipping point, where citizens and politicians and business leaders are taking notice and taking action,” he said. “We’re seeing things come together like we never have before.”

But it’s important not to confuse progress with victory, he added, noting that it will take concerted and sustained action to turn the tide on global warming.

Christopher Wolf, a postdoctoral scholar in the OSU College of Forestry, is the second-listed author on “World Scientists’ Warning of a Climate Emergency.” The other co-authors are Thomas M. Newsome of the University of Sydney, Phoebe Barnard of the Biological Conservation Institute and the University of Cape Town, and William R. Moomaw of Tufts University.

Bill Ripple, a distinguished professor of ecology at Oregon State University, has spent a large part of his career studying the interplay betw…

Hunting is pushing hundreds of mammal species ever closer to extinction, according to an international study led by Oregon State University ec…

'Time is running out'

In November of 1992, more than 1,500 scientists put their signatures on an extraordinary document titled “World Scientists’ Warning to Humanit…

Oregon State University ecologist Bill Ripple checks on an oak regeneration study in Corvallis last week. Ripple and a group of fellow scientists from around the world have published a paper declaring a climate emergency and urging world leaders to take immediate action to avert "untold human suffering."

Ripple was one of the speakers at a Youth Climate Strike protest in March at Oregon State University. The OSU ecology professor has emerged as a leading scientific voice for action on climate change.

The western gorilla is one of 301 terrestrial mammals threatened with extinction in part by overhunting, according to a 2016 paper co-authored by Ripple.