Rising above the demons: LBCC's Hamann copes with depression
Share this
× 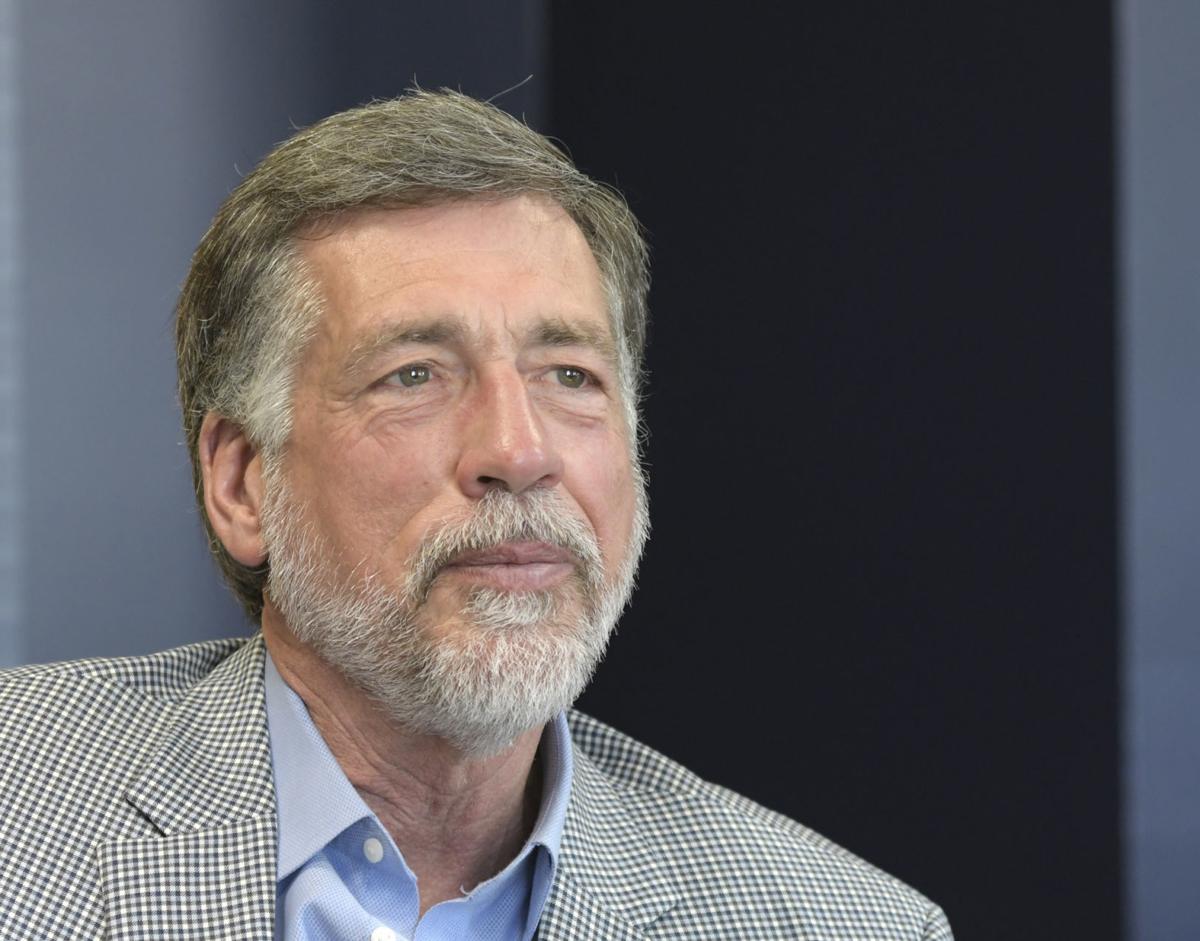 Linn-Benton Community College President Greg Hamann has coped with bouts of depression throughout his life.  "It's emptiness," he said. "It's a void at its deepest place." But he's learned ways to keep it at bay: For me, the answer has been to recognize it as a part of me and try to observe it instead of being a victim to it." 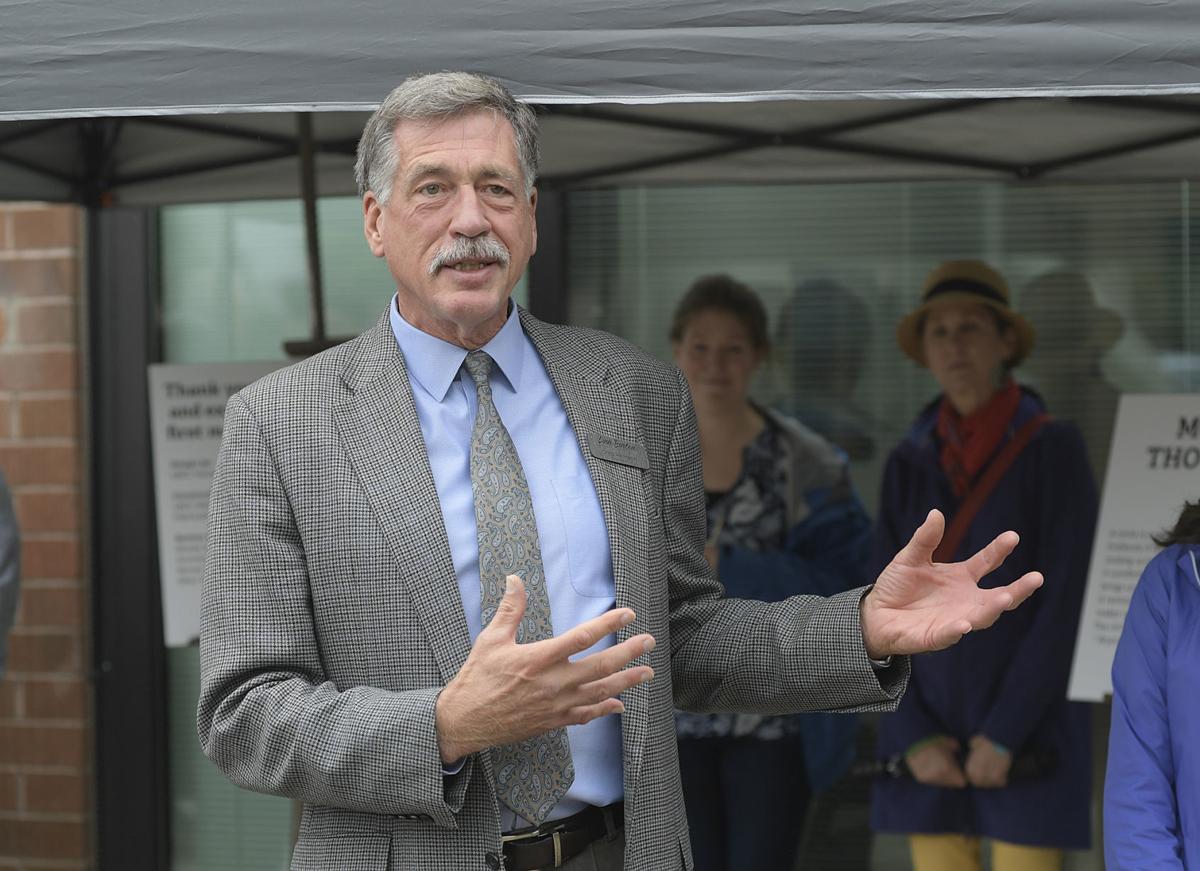 Hamann, seen here during last month's grand opening for LBCC's new CTE building, increasingly has been speaking publicly about his battles with depression. "The hope is that you create a culture where we don't demonize it," he said. "We don't see it as a weakness. This is what it is."

"We never lose our demons. ... We only learn to rise above them."

— The Ancient One, in the movie "Doctor Strange"

Greg Hamann was in his 30s, working at Whitworth College in Spokane, when the demons got hold of him again and dragged him into a pit of depression.

"I was just a complete basket case," recalls Hamann, now the president of Linn-Benton Community College. "To the extent that you can recall anything factual about your life, that’s how I remember it.”

He had gone to a doctor for a diagnosis. When the doctor came into the examination room, Hamann burst out crying.

"I think you're depressed," the doctor said, and Hamann jokes today that the doctor was a "master of the obvious."

The doctor did what he could, but Hamann's downward spiral continued, to the point where he feared it also would drag down his wife, Rita.

At a critical point, Rita knew that it was essential she get away. She made sure the hunting rifle was out of the house. Then she left for Seattle for a weekend with a friend.

This is what she said to Hamann as she left: "I hope you're still here when I come back."

Hamann, of course, is still here — and he gives Rita credit for her actions on that weekend.

"She was not giving up on me," he said. "She was recognizing that she couldn't fix this on her own. ... I think Rita was very wise."

That weekend, Hamann ended up calling a friend who came over. The two talked for hours. Hamann cried. The friend cried. Rita returned.

That weekend might have been Hamann's darkest hour in a life that has included other episodes of depression. In recent years, he's increasingly told the story of his battles with these demons in public — not, he emphasizes, in any prescriptive way, but because he thinks there might be something in the telling "that people who struggle with this will find useful."

"Every one of my big episodes has forced me to make a big change in my life," he said. "Huge changes in my pattern of behavior have come out of these episodes."

But they haven't gone away entirely.

Hamann, 66, said he doesn't recall any particular episode that precipitated his bouts with depression, and doesn't believe it requires such a triggering event.

"There’s a lot of misconception about depression," he said. "We all have some kind of genetic disposition toward certain characteristics."

And, he emphasized, depression isn't just about feeling sad.

"It’s not sadness," he said. "It’s emptiness. It’s a void at its deepest place. It’s like there’s a black hole inside of you, sucking everything in.”

In retrospect, he said, a drinking problem in high school might have been an attempt at self-medication.

But the first serious episode came when he was a student at Normandale State Junior College (now Normandale Community College) in Minnesota, during a final in a physics class. "Physics was my strength," he said. "It came natural to me."

And yet, "I could not complete that final. The teacher had the wisdom to be sensitive to that. I had to rethink my life at that moment. I needed to change a lot of things about my life."

He dropped out of Normandale and enrolled in a small private religious college in Canada. "That was a turning point," he said. The school had a mandatory chapel period, but Hamann and a few other students refused to attend. A faculty member, Frank Mansfield, made his office available as a hideout for those renegades. It turned out that Mansfield had an ulterior motive: He used that time with those students "trying to convince us that life didn't matter much if we didn't have a purpose for it."

The lesson has stayed with Hamann: "You've got a place in this world," he said. "You just can't bow out. ... I still have things I am meant to do in my life."

Hamann has tried various treatments to deal with his depressive episodes. That doctor back in Spokane decades ago prescribed medication, "which I hated. ... I didn't like the sense of not feeling anything." (He hastened to add that the medications for depression have improved since those days.)

He took up running after one episode, and embraced it with such gusto that he finally had to admit that he'd become addicted to it and had to scale back. Other physical pastimes, such as skiing, have helped as well.

But, for Hamann, what's worked best is based on a sense that the demons never entirely go away, but that you can keep a watch over them — that you can, in the words of Dr. Strange's teacher, "rise above them." (Hamann is a fan of the Benedict Cumberbatch movie.)

His faith has helped in that regard, and so has meditation.

"I think we live with the illusion that somehow we can be cured," he said. ... "For me, the answer has been to recognize it as a part of me and try to observe it instead of being a victim to it."

When he talks publicly about his struggles, he often hears from other men — "almost always guys," he said, "who want to tell me their stories." And, oftentimes, these are men who haven't shared their stories before.

"It’s all part of this thing that we call toxic masculinity," he said. "We have developed this image, this inability to talk about our feelings."

In a small way, Hamann hopes that telling his story helps others to break through that wall.

"The hope is that you create a culture where we don't demonize it," he said. "Where we don't see it as a weakness. This is what it is. That's certainly my hope."

HOW TO GET HELP

Another resource is the Crisis Text Line; text OREGON to 741741 to be connected to a live trained crisis counselor and to receive text-based support during active crisis situations. It's completely anonymous.

Linn-Benton Community College President Greg Hamann is saying goodbye to his position this summer, and on Valentine's Day, he announced a part…

Linn-Benton Community College President Greg Hamann has coped with bouts of depression throughout his life.  "It's emptiness," he said. "It's a void at its deepest place." But he's learned ways to keep it at bay: For me, the answer has been to recognize it as a part of me and try to observe it instead of being a victim to it."

Hamann, seen here during last month's grand opening for LBCC's new CTE building, increasingly has been speaking publicly about his battles with depression. "The hope is that you create a culture where we don't demonize it," he said. "We don't see it as a weakness. This is what it is."