The Albany Quilters are inviting newcomers to join the group weekly on Thursdays at the Riverfront Community Center.

After seven decades, Richards Cleaners — with three locations, in Albany, North Albany and Lebanon — will close its doors one last time by year's end.

That's not to say the business doesn't have a few wrinkles to iron out first.

Owner Brian Hovelsrud said the decision came because it was time for him to retire, and transferring ownership of the historic business just didn’t feel right.

70 years in the community

Rusted iron cleaning devices and vintage posters decorate the walls of Richards Cleaners. The collection comes from the early years, when the business first opened in 1952 by brothers Bob and Ron Richards. The items were recovered after moving the business to their new building in 2017, Hovelsrud said.

The downtown Albany shop will close in late December — probably before Christmas. The North Albany location is no longer accepting new items for cleaning, and Lebanon's has already shut down.

Hovelsrud said the business was from his wife’s side of the family, and with it came a history and name he said means a lot to him. He had the opportunity to sell the business, but he couldn’t bring himself to give it to just anybody, he said.

“This is the family name,” he said. “It’s more than the money. It’s about being a good neighbor and being altruistic to the community.”

Over the years Richards Cleaners has built a reputation for good customer service and giving back to the community, Hovelsrud said.

Among the initiatives the businesses have undertaken is partnering with local organizations to clean clothes for charity and getting prom dresses to high schoolers, he said.

“One of the things I will miss the most is the customers,” he said, many known by name.

Some of those customers are having a hard time with the news. It’s been an “outpour of love,” sadness and well wishes, employee Mindy Wilson said.

“We’ve developed such a strong community, and they are heartbroken,” Wilson said.

It’s not just the customers who are heartbroken but the employees as well. “With Richards Cleaners closing, it’s like family leaving,” employee Falon Williams said, struggling to hold back tears.

Williams said that after prison, finding a job was difficult.

“When I came out of prison, he (Hovelsrud) was the first person who gave me a chance,” Williams said.

Hovelsrud said he lives by a philosophy that everyone deserves a second chance. Even as he is shuttering Richards, he plans to keep Williams employed at the other family business, The Barn at Hickory Station, he said.

For now, the smell of soap, steam and clean clothes permeates Richards Cleaners. The boiler is still rumbling, and employees are pressing out wrinkles.

Racks of uniforms and wedding dresses are safely cocooned in plastic. But they won’t be there very long, Hovelsrud said.

In fact, that’s his biggest concern: distributing everything to the rightful owners before he closes down for good.

People leave behind items for various reasons. Sometimes they forget about them or only pick them up when they need them. Hovelsrud hopes everyone will come to pick up their wayward items.

If they don’t, he said he will be making a lot of phone calls and putting word out on Facebook. In the end, whatever is left over will go to charity.

Richards Cleaners will be offering pick-up only services after Wednesday, Nov. 23 at limited hours.

Hovelsrud is retiring because he said he has missed out on a lot of opportunities by working so much.

“Owning a business, you have to be there every day, and that ages you,” he said.

He looks forward to spending time with his family and new granddaughter. He will always take pride in the history of Richards Cleaners. The business made it through recessions and even the pandemic.

He is thankful to have the community’s support, he said.

The Albany Quilters are inviting newcomers to join the group weekly on Thursdays at the Riverfront Community Center.

State of the Union address: Biden touts US eco­nom­ic progress

State of the Union address: Biden touts US eco­nom­ic progress 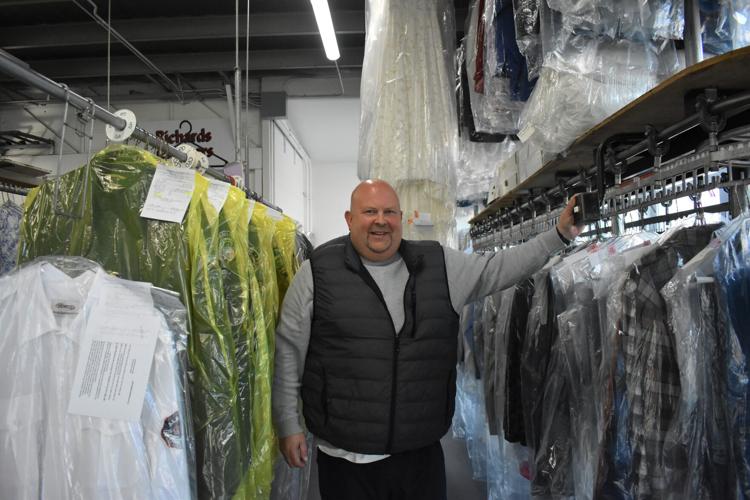 Richards Cleaners owner Brian Hovelsrud stands by a rack of clean uniforms. Hovelsrud will be closing down all three of his shops by the end of the year. 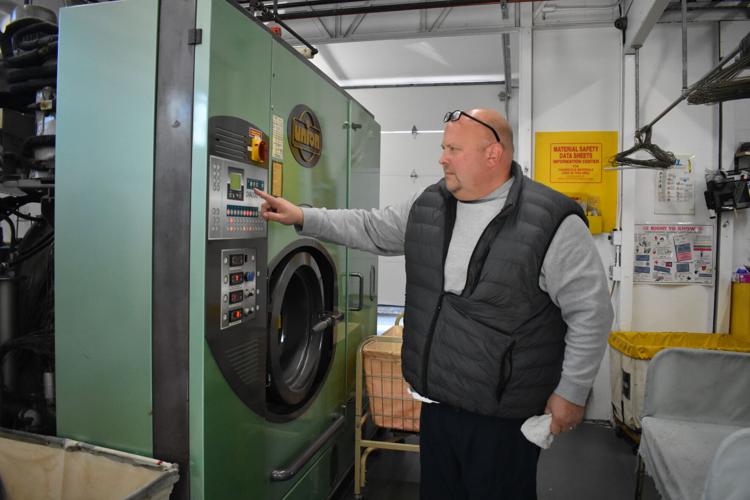