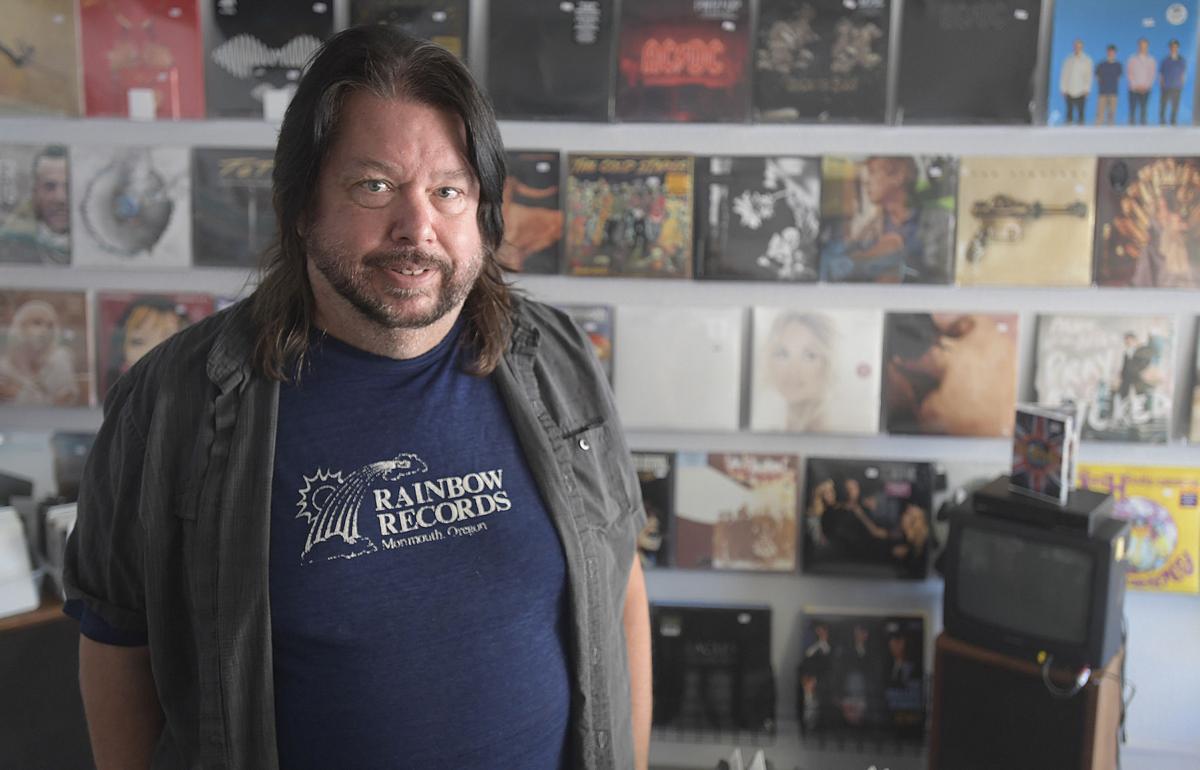 Tim Henry has opened a record store in southeast Albany where music lovers can come in to browse and buy, sell or trade their music. 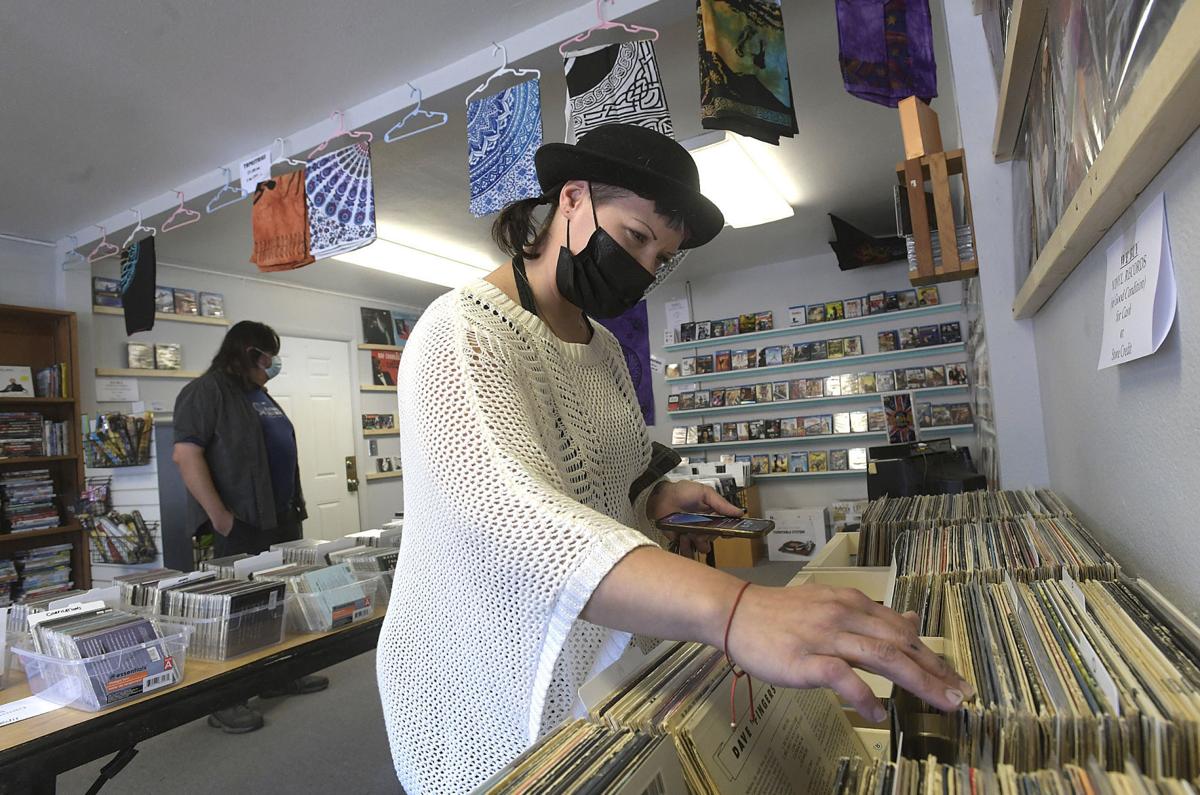 Natalie Jones thumbs through albums at Rainbow Records in Albany, which opened on Aug. 14. 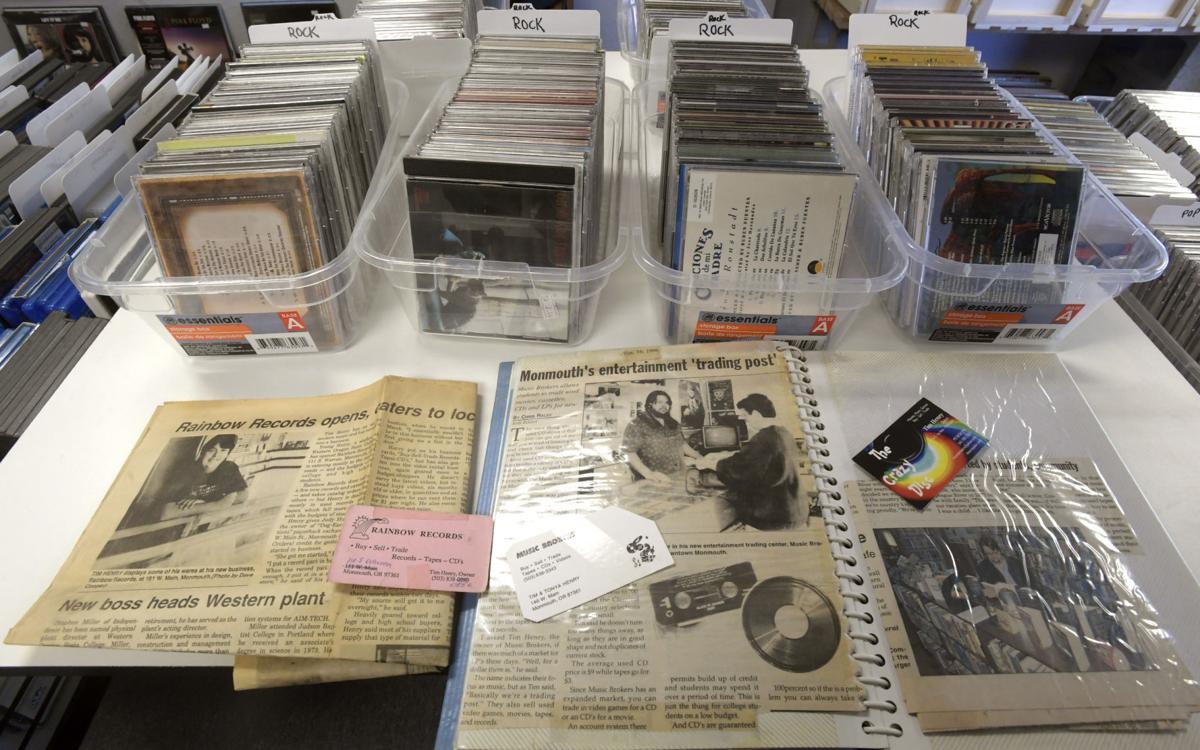 Clippings including a story about the original Rainbow Records that Tim Henry opened in Monmouth. 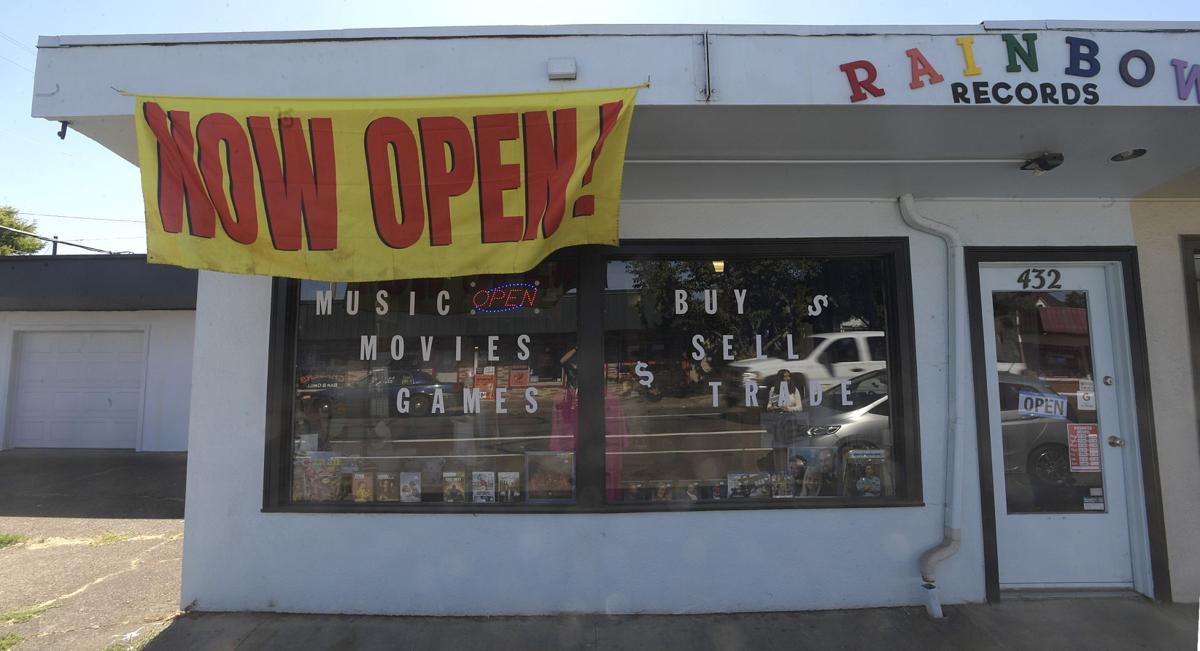 Rainbow Records is now open at its new location in Albany. 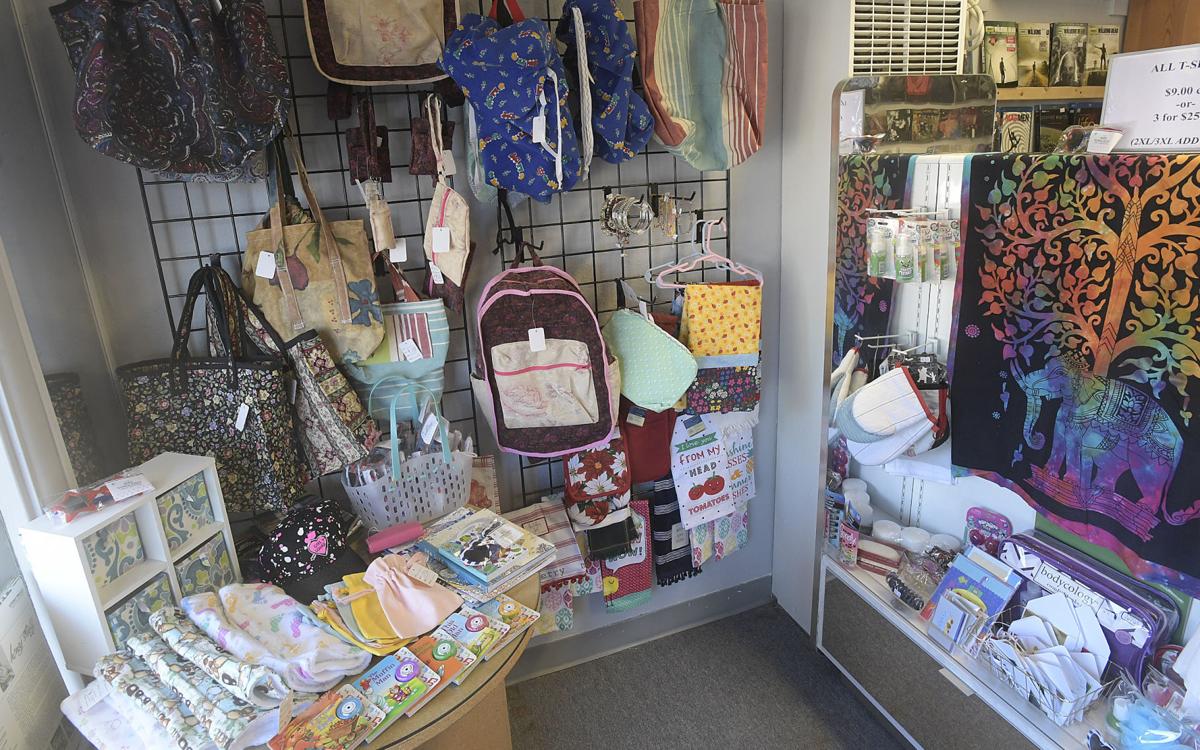 Tim Henry's shop sells a variety of items including backpacks.

In an increasingly online world where everything is digitized, more and more people are starting to wish they had not thrown away the physical copies of music they used to own in a time before Spotify. Tim Henry is here to bring that music back.

Rainbow Records opened at 432 Second Ave. in Albany on Aug. 14. The business name and focus has shifted with the trends over the past few decades, but Henry is calling his store Rainbow Records once again just like he did when it first opened in 1986 in Polk County.

“By the time we got into the 2000s, it was all movies and streaming,” he said. “But what I liked was collecting music and talking to people about music, so it lost some of its excitement.”

Rainbow Records, originally located in Monmouth, was changed to Music Brokers in the 1990s, as records had mostly been replaced with CDs and tapes. Henry closed the business in 2006 when digital music had replaced virtually all forms of physical media.

“It was really distressing years ago to have no one interested anymore,” Henry remembers. “People were taking records to the dump and just getting rid of them.”

In the last few years, Henry said he noticed albums being released on vinyl again. He started going to flea markets and consignment stores to add to his personal collection. The thought struck him that he might be able to reopen his store — just like it was the first time around.

Customers can come in to browse and buy, sell or trade their music.

The clientele is a mix of older folks coming in for some nostalgic records, and younger generations just discovering the magic of vinyl for the first time.

“There’s this intangible thing that you don't hear in CDs,” Henry said. “People will say it has a warmth to it, a depth to it, a punch to it where the speakers kind of pop a little more.”

Another reason Henry prefers vinyl records to digital music is because the listening is a lot more intentional when you’re not on shuffle mode. People skip around to different songs on their phones without listening to the music the way the artist intended it. Oftentimes they’ll miss out on a story the music is trying to tell.

Henry said the kids called him “Music Man” in high school because he knew everything about music. He was in a band in high school that recorded an album in the '90s.

Now he is semi-retired and runs Rainbow Records himself with help from his wife and son. Business was slow at first, but once people learned he was there and started spreading the word on Facebook, music lovers came in droves to rifle through albums and trade in some of their own.

“There's the people who really never stopped collecting records or got back into it for the first time since high school or college,” Henry said. “My son sits there and watches it spin around, and he can’t understand how the music is in that piece of plastic.”

Rainbow Records is open from 12 p.m. until 5:30 p.m. Monday through Saturday. For more information, call 541-248-0021 or go to rainbowrecordstore.business.site.

Rainbow Records is open from 12 p.m. until 5:30 p.m. Monday through Saturday. For more information, call 541-248-0021 or go to rainbowrecordstore.business.site.

Put the needle on the record: Vinyl sales surge during pandemic

The allure of physical things: On keeping records, CDs and cassette tapes in a streaming world

I’m not sure I’ve ever felt older in my life. I was a geezer, a dinosaur, a remnant from ancient times.

Deciding where to eat with friends can be an arduous process. Someone may be craving Italian, while another has a taste for Indian, another fo…

The story behind a Philomath chocolate maker

There are chocolate lovers. And then there's Maureen Nikaido.

The Corvallis Arts Walk is back to being partly in person, with the hybrid event taking place from 4 to 8 p.m. Thursday.

Josh and Kristi Crawford are bringing a little taste of Scotland to downtown Albany, serving up shepherd's pie and plenty of scotch with folk …

When Sabine Miner eventually sold off her dead son's record collection, she wrote a personal message to the new owners. Now she's also gone, but her words are living on.

Tim Henry has opened a record store in southeast Albany where music lovers can come in to browse and buy, sell or trade their music.

Natalie Jones thumbs through albums at Rainbow Records in Albany, which opened on Aug. 14.

Clippings including a story about the original Rainbow Records that Tim Henry opened in Monmouth.

Rainbow Records is now open at its new location in Albany.

Tim Henry's shop sells a variety of items including backpacks.