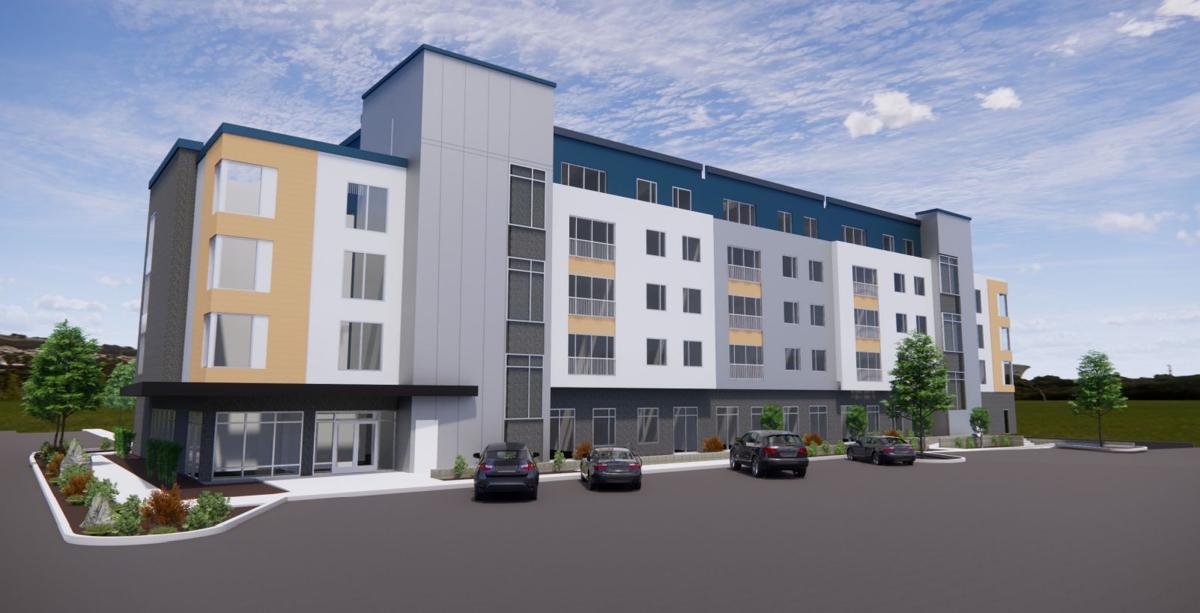 A five-story hotel and residential building is proposed on Northwest Cornell Avenue near Ninth Street. 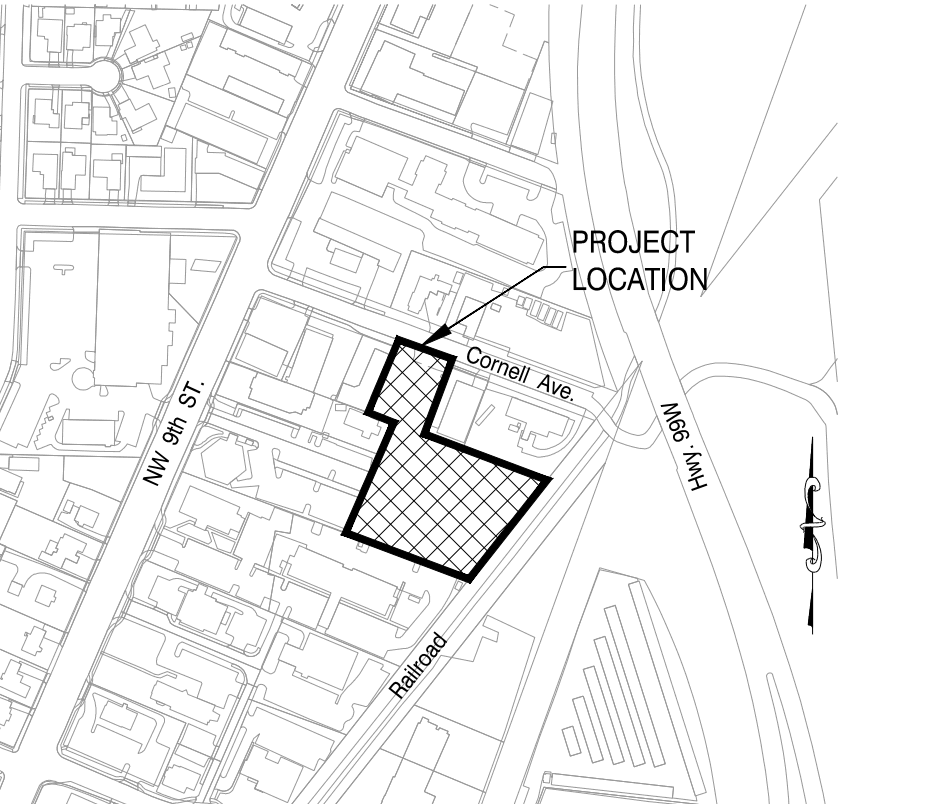 Twenty-two hotel rooms would occupy the first two floors, and the remainder of the development would be 48 residences.

A developer plans for a five-story building with “extended stay” hotel rooms and apartments on the south side of Northwest Cornell Avenue near Ninth Street in Corvallis.

Twenty-two hotel rooms would occupy the first two floors, and the remainder of the 18,950-square-foot development would be comprised of 48 residences. The property’s owner and proposed developer is Bill Lawson of Corvallis Investments LLC, according to city documents, which list a Spokane Valley, Washington, address for the company.

Conditional permitting is required due to the size and location zoning of the proposal. Development code exceptions are also needed regarding maximum building height, distance from street, building articulation standards, private path width, and ground-floor window and door coverage. Two existing lots would be combined into one of 1.77 acres.

The development code limits structure height for the zone in questions to 45 feet, although the proposed building is 60 feet high. Compensating for the exceptions would include a 400-square-foot “pocket park” with a sculpture or fountain, bench with planter, and extra landscaped green space, according to city documents.

Public concerns were raised about traffic, parking and access. Hutchens said he has similar concerns, but noted efforts to maximize on-site parking and allow for public movement. The planning commission voted unanimously to approve all of the requested code variations. The decision can be appealed to the city council within 12 days of signing.

“I do believe that this is going to be an improvement in that general area; I think it will help the businesses,” Commissioner Carl Price said. “There may be some parking from this onto nearby businesses, but I also believe it’s just as likely that nearby businesses will be parking on this property.”

A construction timeline was not discussed during the meeting.

A large crowd turns out in front of the Benton County Courthouse to rally behind democracy.

Benton County is collaborating with the Oregon Health Authority, Samaritan Health Services and county school districts to host coronavirus you…

Oregon State University made the right call by requiring that its students and employees get coronavirus booster shots as soon as they are eligible.

“I wonder if we just need to tap the brakes and get a handle on this area of town,” said one planning commissioner.

Corvallis is coming up with these solutions for parking woes

On the table is an “intermediate” increase to parking rates and fines.

Willamette Park potholes here to stay, at least for now

Navigating the road into Willamette Park can be a bit like dodging through a minefield. One wrong move and — thunk — you’re hitting bone-jarri…

Oregon Capitol to start bag searches, use of metal detectors

Oregon will join 33 other states in requiring visitors, elected officials and staff to pass through metal detectors and submit to bag checks w…

A five-story hotel and residential building is proposed on Northwest Cornell Avenue near Ninth Street.

Twenty-two hotel rooms would occupy the first two floors, and the remainder of the development would be 48 residences.