Oregon State University is redoubling its efforts to make sure incoming students are vaccinated for meningococcal disease after another case of the potentially deadly illness was reported late last week.

University officials have started withholding grades and blocking registration for students who fail to complete a full course of immunization for meningitis strain B, the subtype involved in the current outbreak. Incoming students 25 or younger (the susceptible age group) are already required to get a quadrivalent vaccine that protects against four other strains of meningococcal disease.

According to OSU Vice President Steve Clark, approximately 2,500 students are on academic hold until they can show they’ve had all their shots.

On Sunday, OSU sent an email to the nearly 25,000 students on its Corvallis campus as well as more than 10,000 parents underscoring the gravity of the situation and the importance of completing a full two- or three-shot course of strain B vaccine. A similar message went out to more than 7,000 faculty and staff on Monday.

“We’re really upping the urgency,” Clark said. “We’re being very clear and very pointed that this isn’t anything to delay.”

It was the fifth case of meningococcal disease to hit OSU in an ongoing outbreak that began just over a year ago. An undergrad who was visiting family for Thanksgiving was hospitalized on Friday and is reportedly in good condition, according to the Benton County Health Department.

“It was a very alert parent who saw the situation getting worse and got them in for care rapidly, so kudos to them,” the department's deputy administrator, Charlie Fautin, said.

So far all five Oregon State students diagnosed with the disease are recovering or have recovered, but it could easily have gone the other way, Fautin said. Nationally, about 10 percent of meningococcal disease cases end in death and another 10-20 percent result in severe, lifelong impairments that can include deafness, blindness or amputation of extremities.

“At this point, I hate to use the phrase, but we’re beating the odds,” Fautin said. “We’ve been really fortunate at OSU.”

Fautin pointed out that a similar outbreak in 2015 at the University of Oregon cost the life of one student and that a Corvallis High School student lost both legs below the knee and portions of eight fingers after contracting the disease in 2014.

Fautin stressed the importance of getting medical care quickly. While some symptoms of meningococcal disease can mimic a cold or the flu, strong indications include a high fever, persistent headache and stiff neck.

“This is a disease that can progress really dramatically quickly,” Fautin said. “It can go in a couple of hours from feeling cruddy to life-threatening.”

OSU has held several mass vaccination clinics to immunize students against meningococcal B disease, including a pair this month after a new case was diagnosed Oct. 27.

Since the outbreak began in November 2016, health workers at the university have administered about 7,500 doses of meningococcal B vaccine, Clark said. Additional students may have gotten shots from off-campus medical providers.

It takes a full year with no new cases for an outbreak of meningococcal disease to be declared over, and Clark said the university would keep up its efforts to ensure students are aware of the problem and comply with all vaccination requirements.

A Sweet Home woman stands accused of throwing a car jack and beer bottles at her brother.

A judge acquitted John DiMalfetto on some — but not all — of the charges against him.

With the first day of school just over a month away, there’s a new superintendent to meet. Andy Gardner, who succeeds interim-Superintendent R…

About 80 miles east of the Linn County Courthouse, an expanse of blue-green trees gives way to jagged Cascade peaks that burst clouds, channel…

Albany business to close after spat with downtown association member

When a local business owner opened a café in downtown Albany, he wanted to create a gathering space for the community — but not everyone has w… 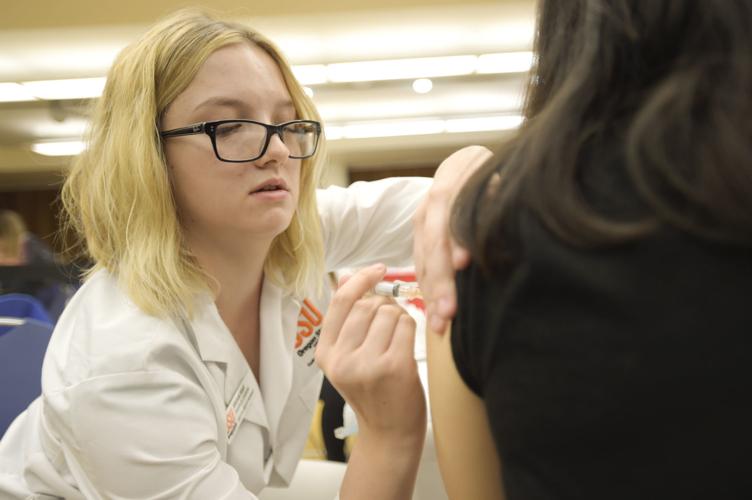 Jordan Feist, a pharmacy student at Oregon State University, administers a meningococcal vaccine to freshman Jessica Aimecki at a clinic on campus last fall. The most recent case was diagnosed in November, but a full year must pass with no new cases before the OSU outbreak can be declared over. 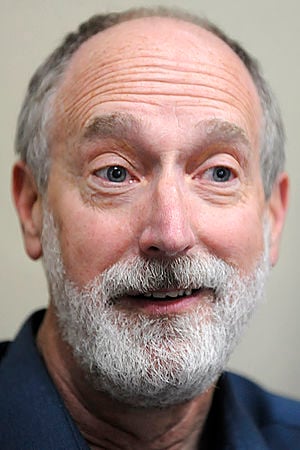