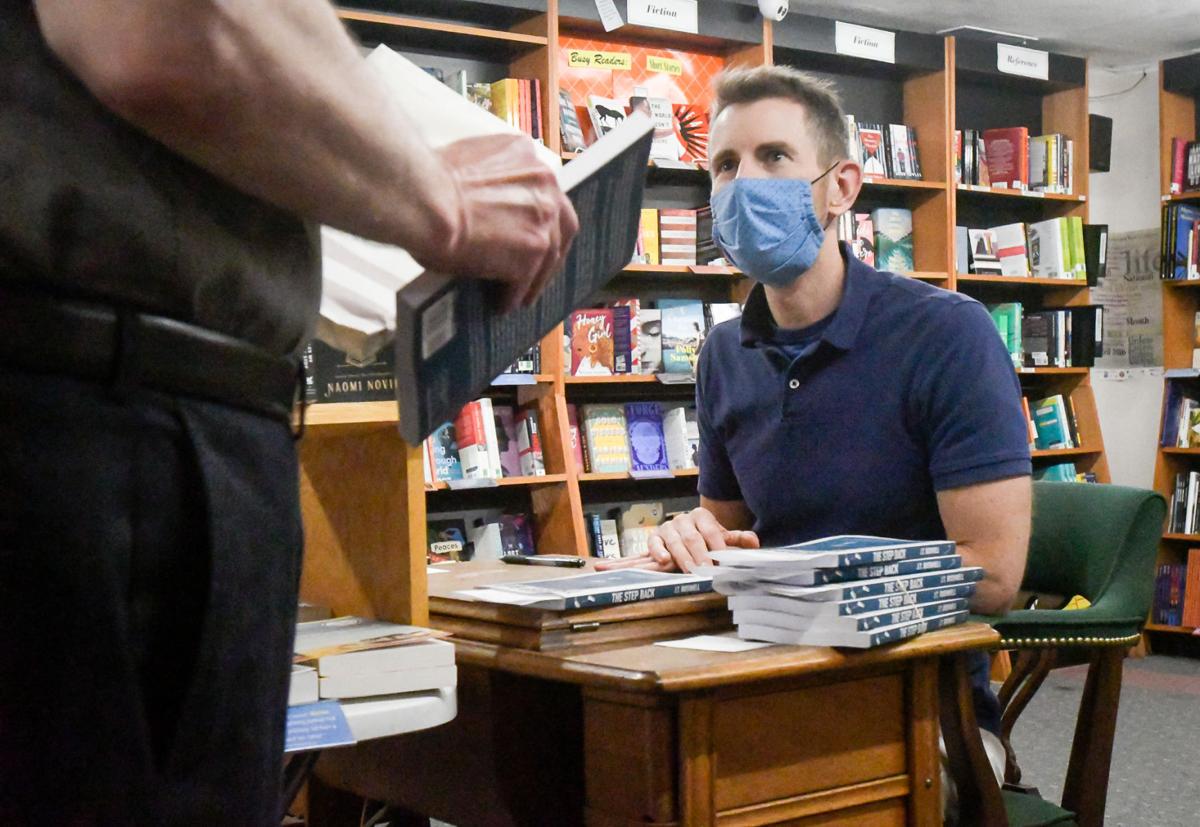 OSU literature professor J.T. Bushnell signs copies of his first novel "The Step Back" at Grass Roots Books & Music on May 12 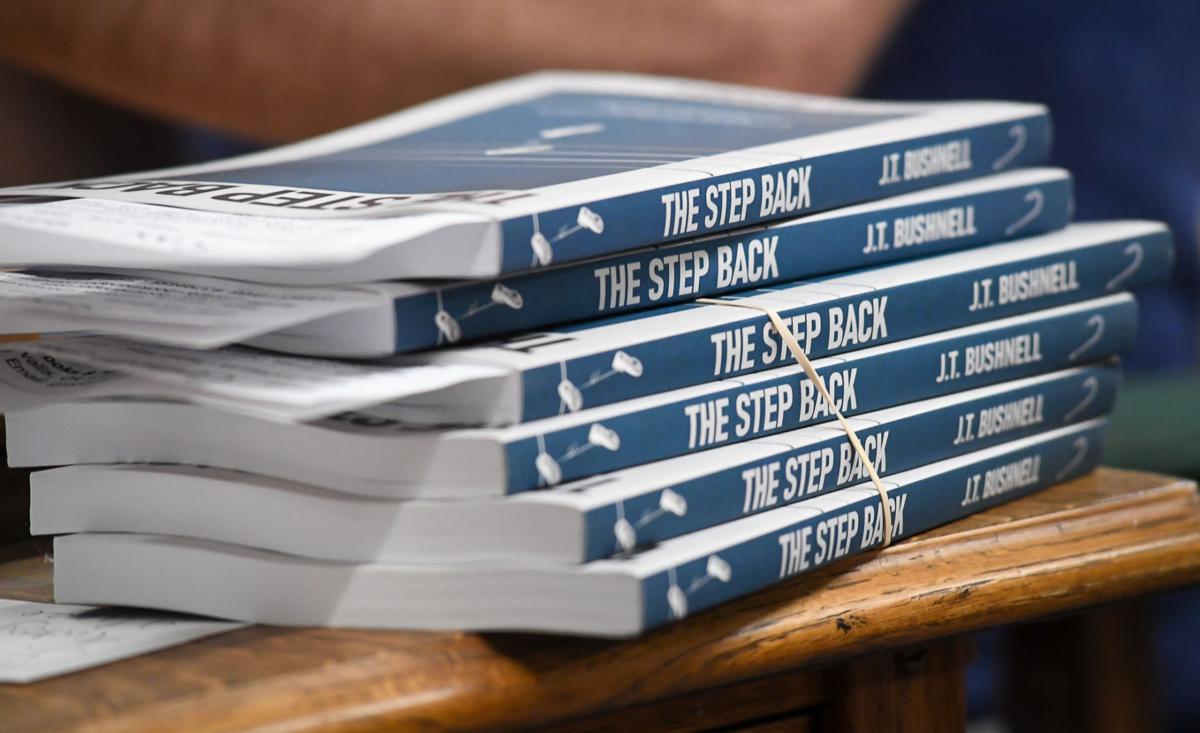 "The Step Back" came out May 11 from Ooligan Press of Portland. 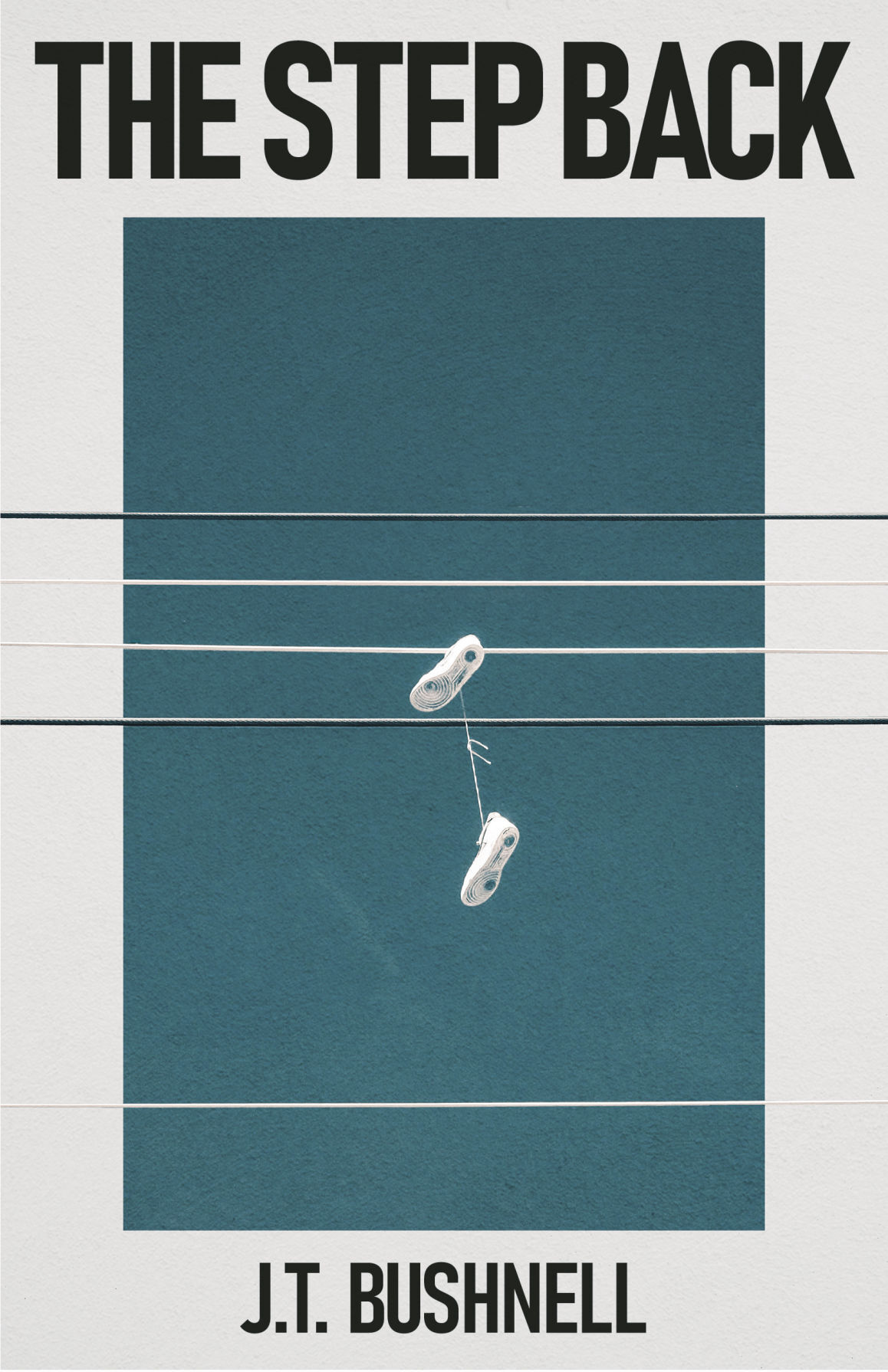 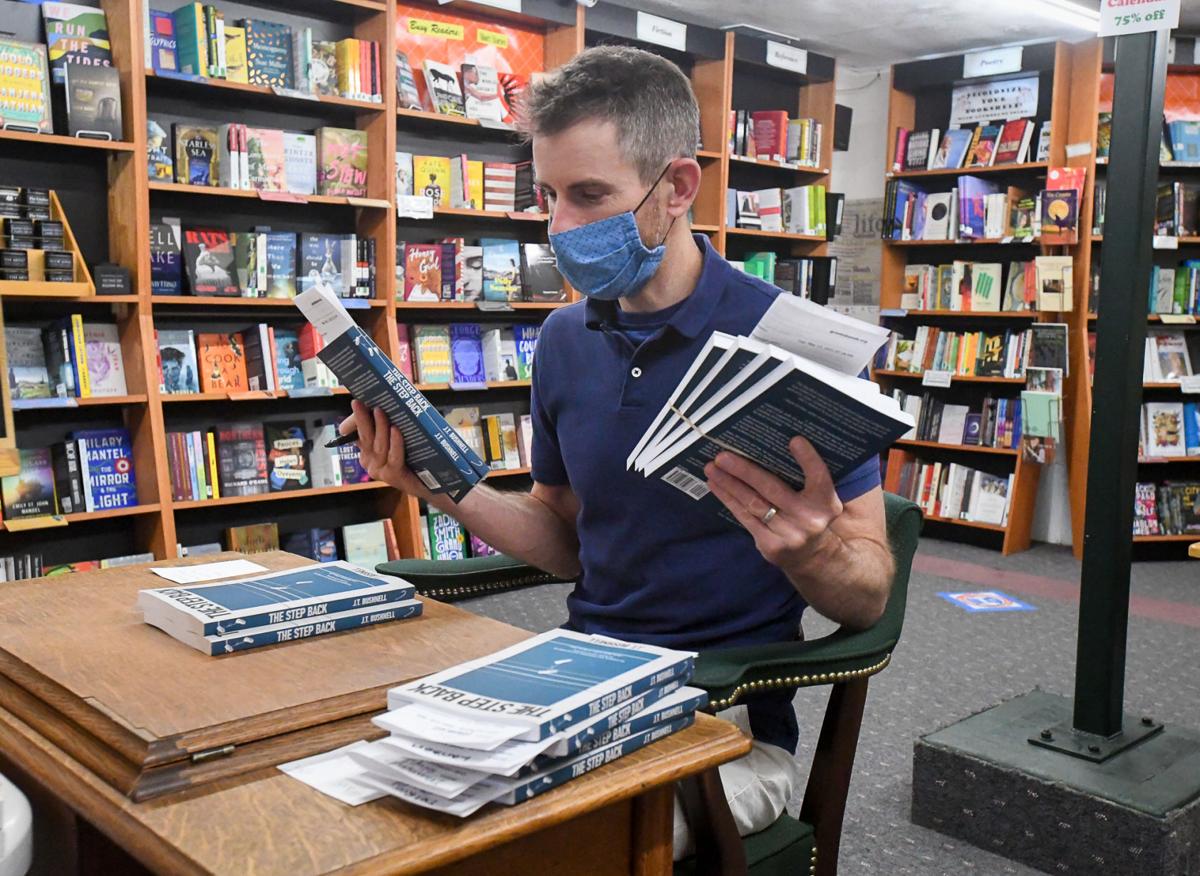 OSU literature professor J.T. Bushnell has spent 14 years teaching in Corvallis. After writing in various forms, he now has published his first novel.

J.T. Bushnell, a senior instructor in Oregon State University’s School of Writing, Literature and film, has published his first novel.

“The Step Back” is just out from Ooligan Press, a nonprofit publisher staffed by English students at Portland State University. It is a story of basketball, family life, being a man and being an adult.

For Bushnell, 40, who has been published in a variety of other forms — short fiction, memoir, essays — writing the novel was a long-time goal.

“I grew up reading novels, so that's where I started when I decided to write fiction,” he said. “I pumped out a couple bad ones right after college, then went to graduate school with the idea of figuring out how to write a good one. Once I got there, though, I discovered the power of short fiction and cut my teeth on it. Then after many years writing short stories, I felt ready for a new challenge, so I returned to the novel.

“There were definitely rough patches, but I also liked having a project to return to every day. For me the hardest part of writing short stories was always when I finished one and then had to come up with something new, so I liked having an extended project that I could slip back into every day for years at a time.

“Having a book, though, whatever its form, was very important to me. It's the difference between being a writer and being an author, between having a hobby and having a job. It provides a kind of validation, both from yourself and from others, about the legitimacy of your pursuit and the value of your labor.

"There's also the idea that maybe your book will actually be read. I adore the journals that have published my short stories, but it often feels like dropping stones down a well and waiting to hear an echo that never comes. This book will get read — it's being read already. That's very satisfying. Art is no fun in a vacuum. A story with no readers is like a party nobody attends.”

There are basketball sneakers on the cover of “The Step Back.” The title also could be a metaphor for failure or a Damian Lillard 3-pointer.

“In sports, you can risk failure and request help and show vulnerability and receive support in ways that are often taboo for men in our society,” Bushnell said.

Process-wise Bushnell’s debut novel was a lengthy one, with reams of revisions.

“Basically, I start out by writing a lot of bad stuff and then throwing it away,” he said. “I don’t mean for it to be bad — I’m trying as hard as I can! — but that’s just how it comes out as I’m exploring the characters and story. Then I find something that clicks, and I can just kind of feel everything slide into place. Suddenly the writing becomes easy and fun. I wrote two crummy versions of the novel this way, about 500 pages in all, hating almost all of it, before I took a sharp left turn and found the real novel, the one that became “The Step Back.”

“I never know what’s going to happen next until I get there. I’m usually focused on some point of tension that interests me, and I’m trying to push on it until something topples over. In a short story that’s the ending, but in a novel, the character recalibrates their ideas, and then I have to discover the tension in those ideas, and then I start the process over.

“And then I do a ton of revision. I revised “The Step Back” for five years. It’s hard work but very satisfying. One thing that helps a lot is stepping away and then coming back with fresh eyes. I usually work on a different project in the meantime — or at least I did before I had kids.”

Bushnell began teaching at OSU in 2007, at the relatively young age of 26. He lived in Corvallis until 2017, when he moved back to Eugene. His wife, Katie, teaches eighth-grade language arts in Eugene “and it was important to eliminate her commute once we had kids. But I'm always trying to convince her that we should move back.”

When asked about his teaching work in Corvallis he says "these days I've let go of some of my bigger picture ideas, and I'm mostly focused on providing the highest quality of student-centered instruction I can. I teach 15 courses a year. That adds up to about 450 students annually, and this is the end of my 14th year, and I've still got many productive working years ahead of me. When I do the math, it helps me see that the impacts I can make on individual students will, in aggregate, become a pretty substantial educational opus."

Sports achievements: A bench-warmer on his high school basketball team, he finished the 2010 Portland Marathon in approximately 3 hours, 50 minutes and ran a 6:59 mile pace in the Corvallis Half Marathon in 2012.

It has been a while since I dipped into the lore of the Lewis & Clark expedition. I had a major fixation for about 10 years, starting abou…

A few years ago when I was writing a series of stories on the 150th anniversary of Oregon State University I had coffee with William G. Robbin…

For Oregon’s state budget, and for Oregon taxpayers, it appears everything’s coming up roses these days.

I was in a friend’s apartment when I first heard the sound.

OSU literature professor J.T. Bushnell signs copies of his first novel "The Step Back" at Grass Roots Books & Music on May 12

"The Step Back" came out May 11 from Ooligan Press of Portland.

OSU literature professor J.T. Bushnell has spent 14 years teaching in Corvallis. After writing in various forms, he now has published his first novel. 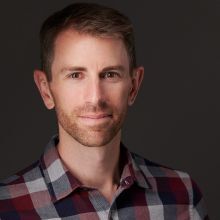